Note:  I've been nominated for Babble's 50 Top Food Blogs!  Thank you to every single one of you that voted for me.  If you would like to add your vote, click on the side link to the right.  Thank you! 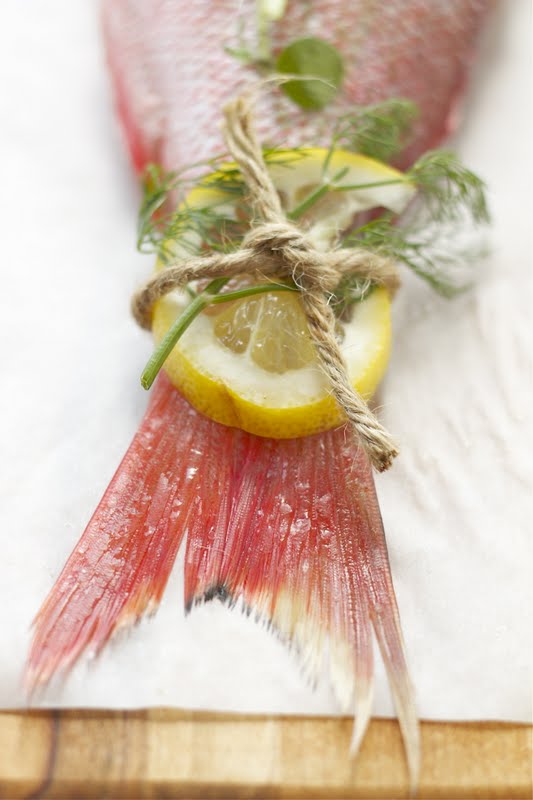 The kids and I were feeling restless the other day.  We decided that a venture out into the megalopolis of Houston was in order.  We had run out of our assortment of Asian goodies from Viet Huong, the huge Asian grocery store on the western side of Houston.  "Let's go there" I suggested.  The kids readily agreed.  I know they were thinking of mochi balls, seaweed snacks, and steamy pork buns.
But I had something else in mind. 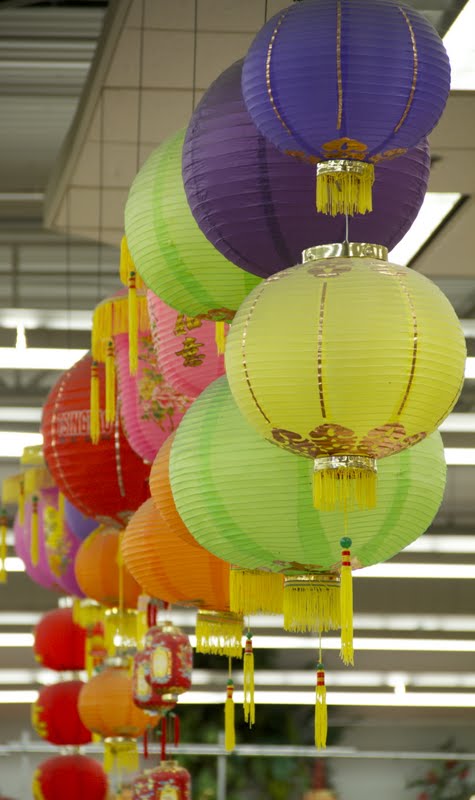 I have been following Penny de los Santos' blog, Appetite, as she travels the interior of Mexico on assignment.  Penny is a photographer for National Geographic and other illustrious magazines.  I love to imagine what her assignments might be like, camera in hand and so many sights to capture.
I grabbed my camera. I announced to the kids, "Let's go on assignment."
Admittedly, it doesn't have the same ring as "on assignment in the deep interior of Mexico" but I am known for my over-active imagination so, in my mind, parallels could be conjured. 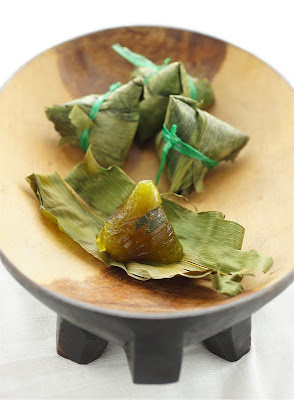 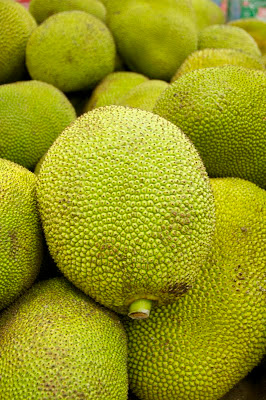 The kids quickly dispersed once we arrived in the store.  Somehow, going "on assignment" with mom doesn't seem to have the same affect it does on them .... as it does on me.  I offered them the position of "fixer" but... still no takers.
Right away, I noticed the Jack Fruit {right} piled high in the produce section.  My husband  told me that when he was in Mexico, he was warned about the stench of Jack Fruit.  Apparently, it is supposed to taste delicious but have a beastly aroma.  My fingers itched to take one home and find out but I resisted.  I had something else in mind I wanted to take home. These dragon skin-like bulbous fruits are about the size of a small watermelon. 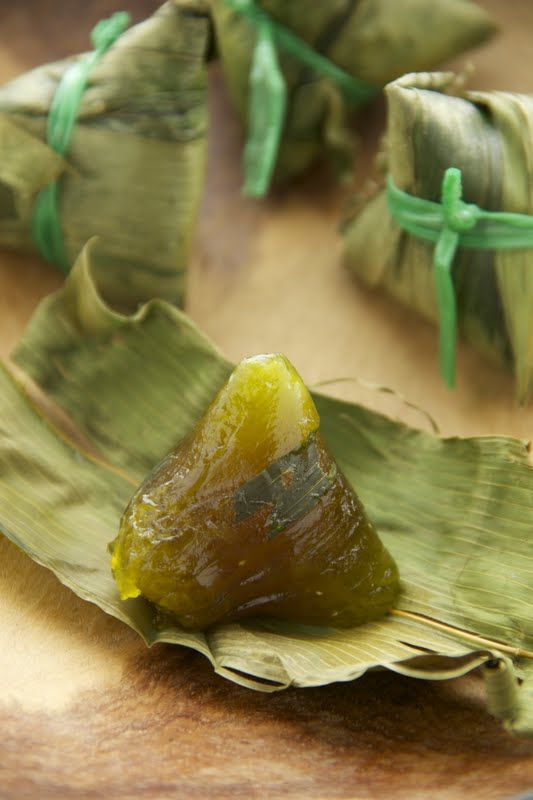 We also picked up some banana wrapped rice triangles called Puah Kiam Ti Chang.  Recently, I came across a u-tube video on this fantastic blog My Lemony Kitchen that demonstrates how to make these.  Usually, they are stuffed with rice and meat but these were more of a pounded rice filling. 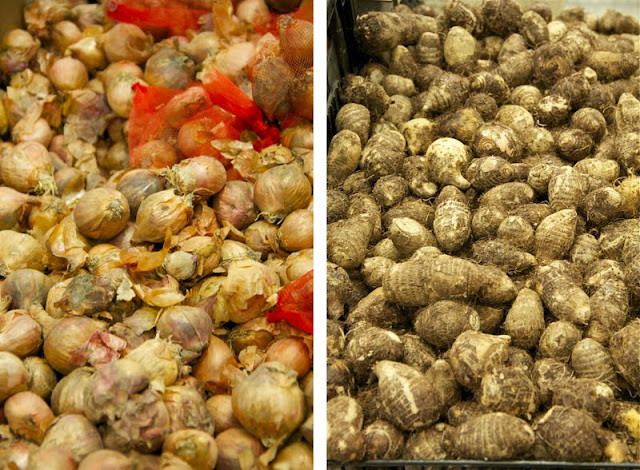 Huge bins were filled with shallots on one side.  On the other side was heaped with taro root. I made a mental note to do some research on how taro root is used in Asian cuisine.  It must be popular because there was a ton of it. 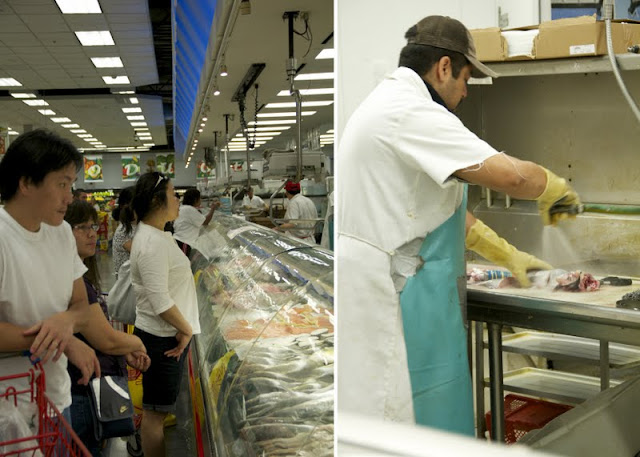 The most interesting part of this huge Asian grocery store is in the very back.  That is the seafood market.  Each time we have visited this store, we have actually avoided this section because we are not used to the over powering aroma of fresh seafood.  However, I have been getting more and more curious about baking whole fish.  I see so many people who shop here purchasing entire fish. 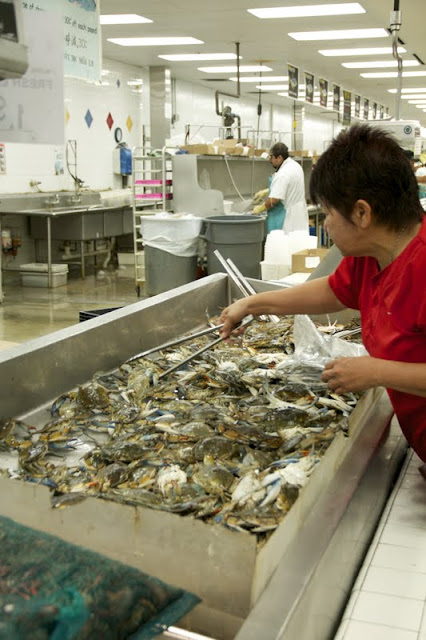 These crabs were snapping and waving their claws all around.  Several people were eagerly plucking them up and putting them in a bag.  Oh how I would love to tag along to their home and see how they are going to prepare these crabs.  What will this meal look like on the dinner table tonight? 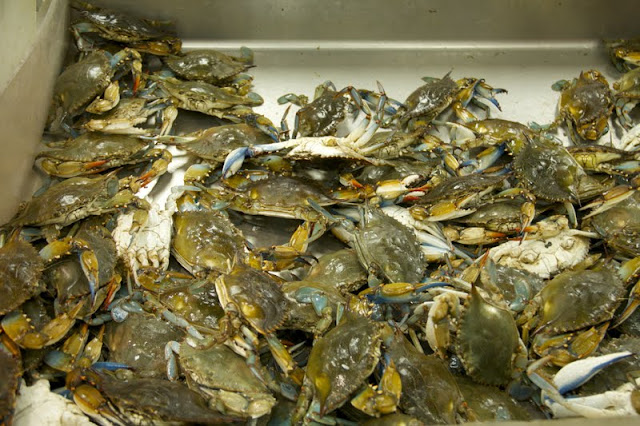 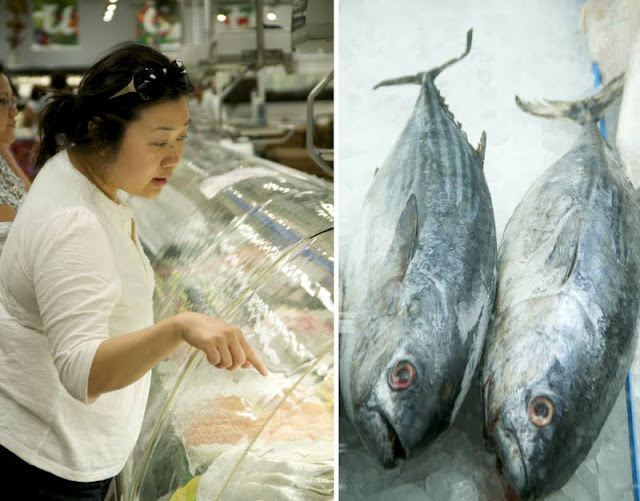 I really felt like I was channeling Penny de los Santos at this point.  The energy of the people eagerly choosing their daily fish or seafood was pretty exciting for me.  I was working hard with my camera to capture some of the wonderful sights in front of me.
I  paid close attention to what people were choosing and how the staff was cleaning and de-boning the fish.  I have been pushing myself to expand my cooking skills and try my hand and baking a whole fish. 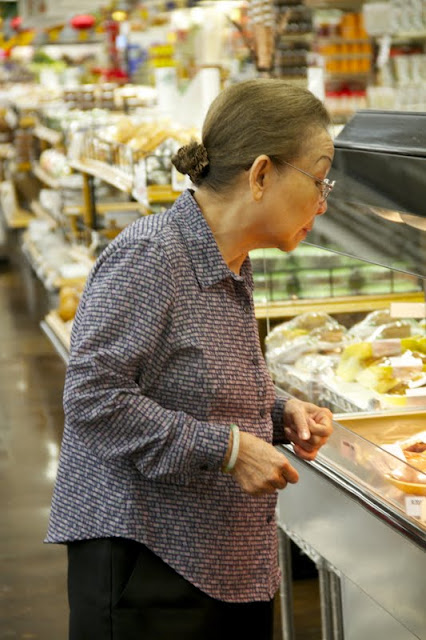 Isn't she precious?  Isn't she just so soft and sweet looking?  She had the kindest face and her tiny little bun bundled at the nape of her neck was adorable.  I was rather lost in imagining a life for this tiny grandma. I was thinking that this is what Penny must experience while capturing so many wonderful faces on her travels.
As I was steeped in feeling very "photojournalis-tic" at this point, I felt a tiny tap-tap on my shoulder.  I turned around and there was this very kind looking man tapping me.
"Excuse me, ma'am." he said softly.  We do not allow any photography in the store as it makes our customers uncomfortable."
"Oh, dear," I gulped.  "I am so very sorry.  I will put my camera away immediately."
If you can imagine the sound of melodious music wafting softly through the air... and then the harsh, scratchy screech of that record being dragged or ripped to a stop, that would be exactly the sound I heard in my head as I pouted.
Life as a photojournalist in the Asian market of Houston, Texas... was henceforth... over. 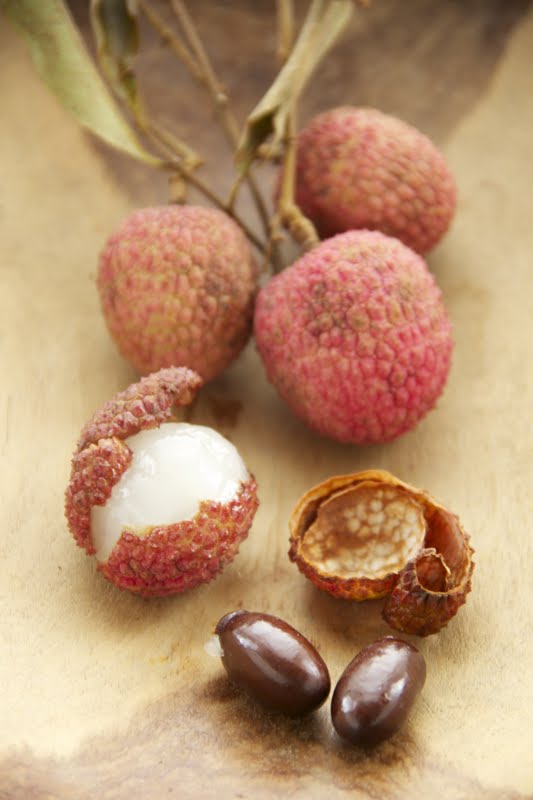 I moped back to find my teens among the many aisles of Asian goodies, told them of my polite reprimanding, and tried to quiet my pitter-pattering heart beats.  Of course, they hooted and sniggered at my chastising.
On the way out, however, I did manage to grab several handfuls of these lychee fruits {above}.  Maybe my photojournalistic moments were over, but I didn't want to miss out on the lychee fruit!! 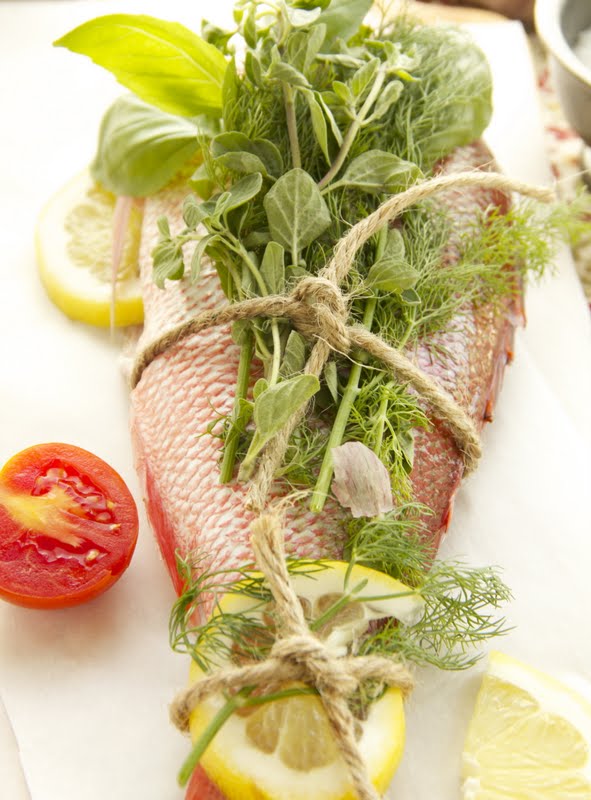 "I did it".  We carried our first ever WHOLE fish.  A red snapper to be exact.  Why a red snapper you might wonder?  Because, quite simply, it was the prettiest fish on the block.
I told the kids to be culinari-ly brave and that we were going to try baking this fish...whole.    Back at the seafood market, camera tucked away, I was just a regular joe at this point.  I took my place in the queue to raise my hand and point out my red snapper. 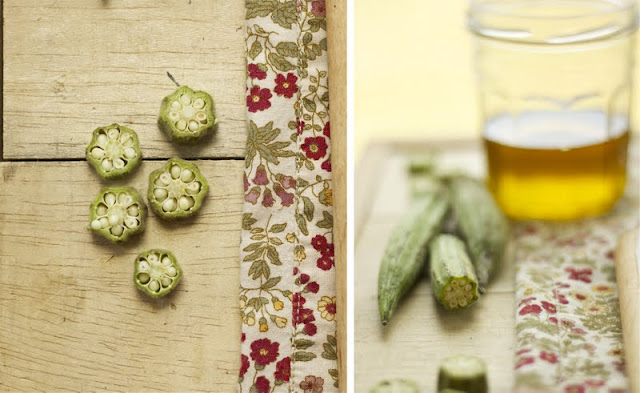 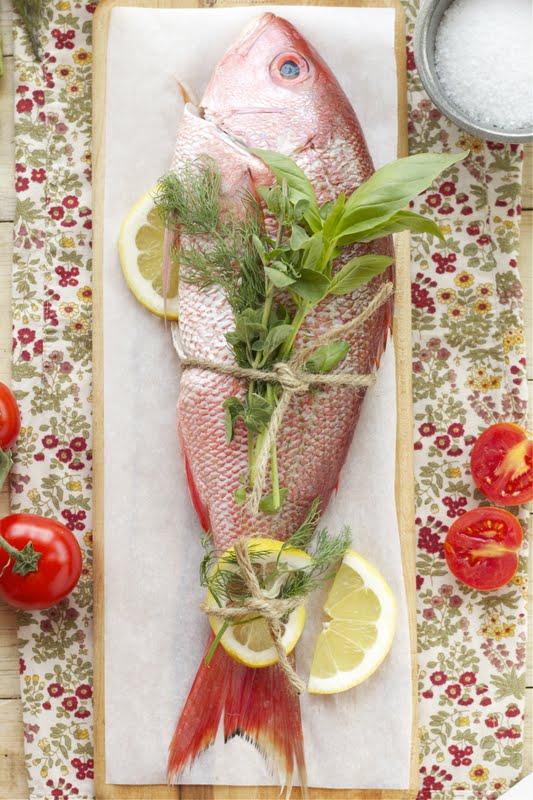 I found the idea of cooking this fish on the blog of a very well-known site called "Cannelle et Vanille".  I was entranced with her photography but the idea of eating a fish whole made me wonder how the taste was different from buying the skinned, de-boned filets that we usually buy. 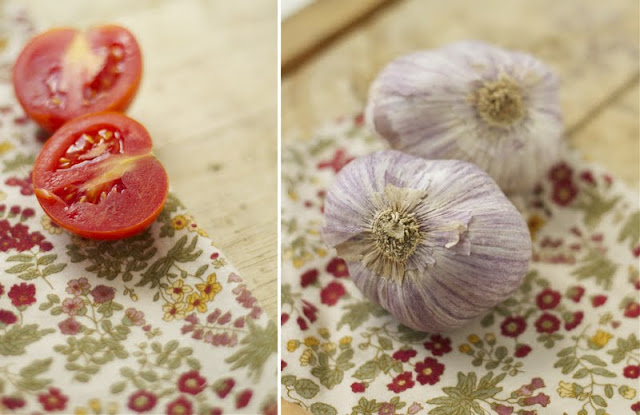 I knew I wanted to roast lots of vegetables to be served with the baked red snapper.  Tomatoes look brilliant in the markets right now. I also spotted this elephant garlic {above right} in the Asian market.  Mmmm roasted garlic to spread on toasted bread... 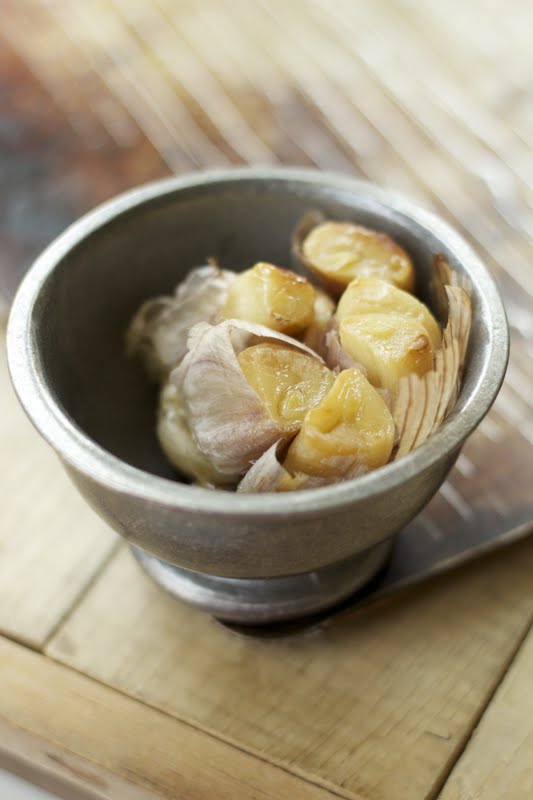 Nothing really tops the aromas of roasting garlic, fish, potatoes, tomatoes and onions. 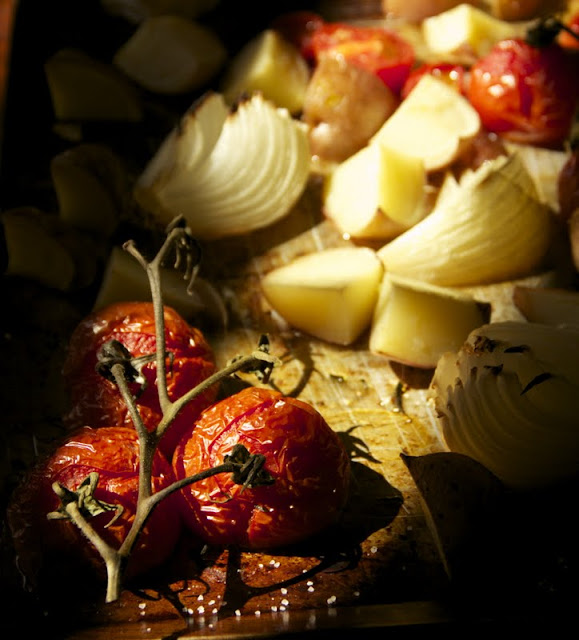 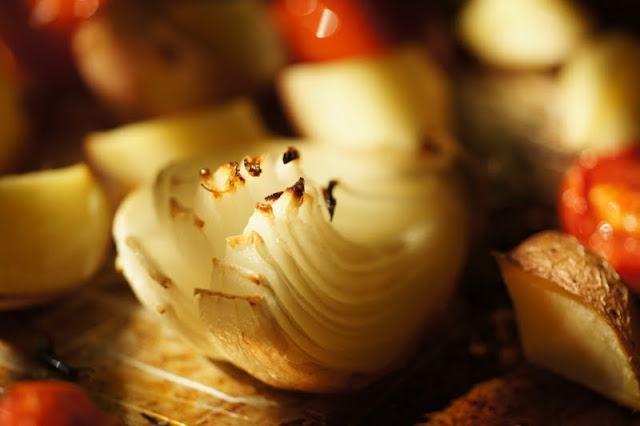 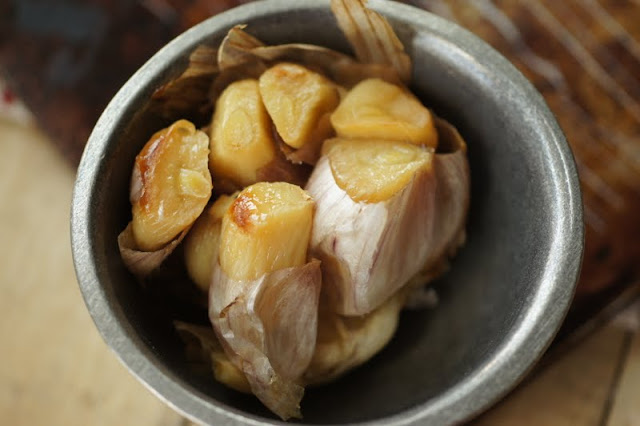 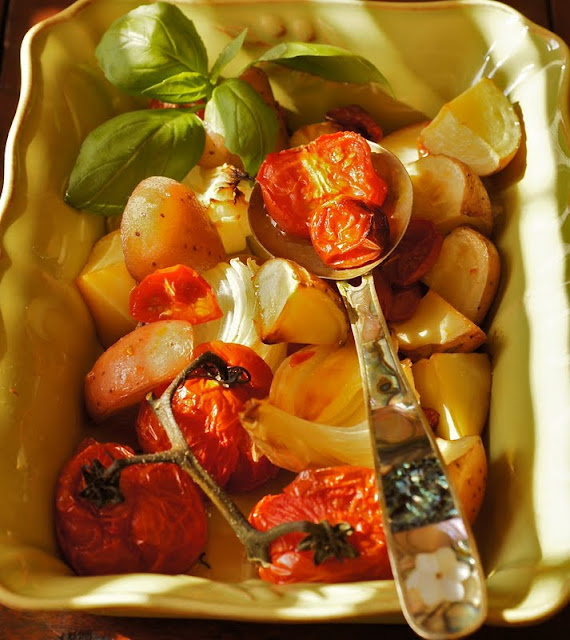 I have to commend the kids on their culinary bravery with this one.  It may sound ridiculous to other cultures, but Americans don't eat very many dishes where the animal from which it derived can be um...identified.  I know, it is silly.  I did, however, put the fish at the END of the table instead of in the center. 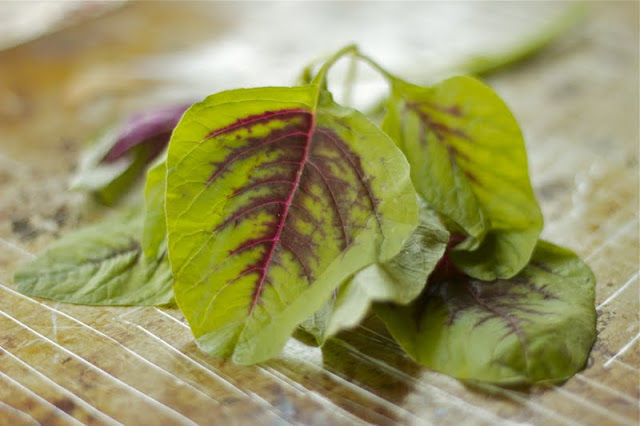 We enjoyed the meal immensely!  This is something definitely we will do again and try out different herbs and flavors.  We had the roasted veggies and a fresh green salad with the baked fish. 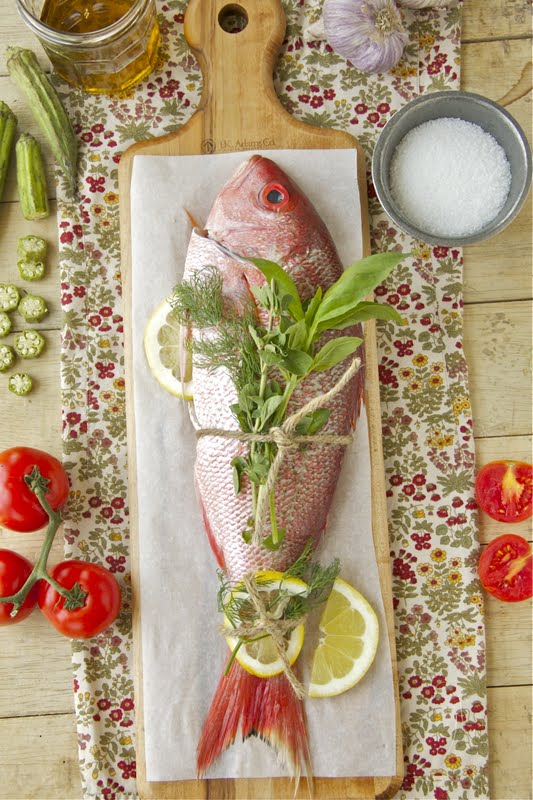 Baked Red Snapper with Herbs:
Ingredients:
Fish of your choice
Salt and Pepper
Olive Oil
Lemon Slices
Assortment of fresh herbs
Ask the store to de-bone and clean out the fish for you if you do not want to do this on your own.  Brush olive oil generously all over the inside and outside of the fish.  (Snippet's Notes: I made my own rosemary olive oil, go here for the how to) Very generously sprinkle sea salt and pepper all over the inside and outside of the fish.  Tuck fresh herbs of your choice inside the fish as well as tie some around the outside.  (Snippet's Notes:  soak the string that you tie around the fish so that it does not burn in the oven.)  Place the entire fish on a baking pan.  Put it in the oven at 350˚F for 25 -30 minutes or until done.