Note:
I'm in the running for Babble's Top 50 Food Blogs.  I'm getting so close, but need your help! Could you take a minute and add your vote?   Click here or on the side link to the right. 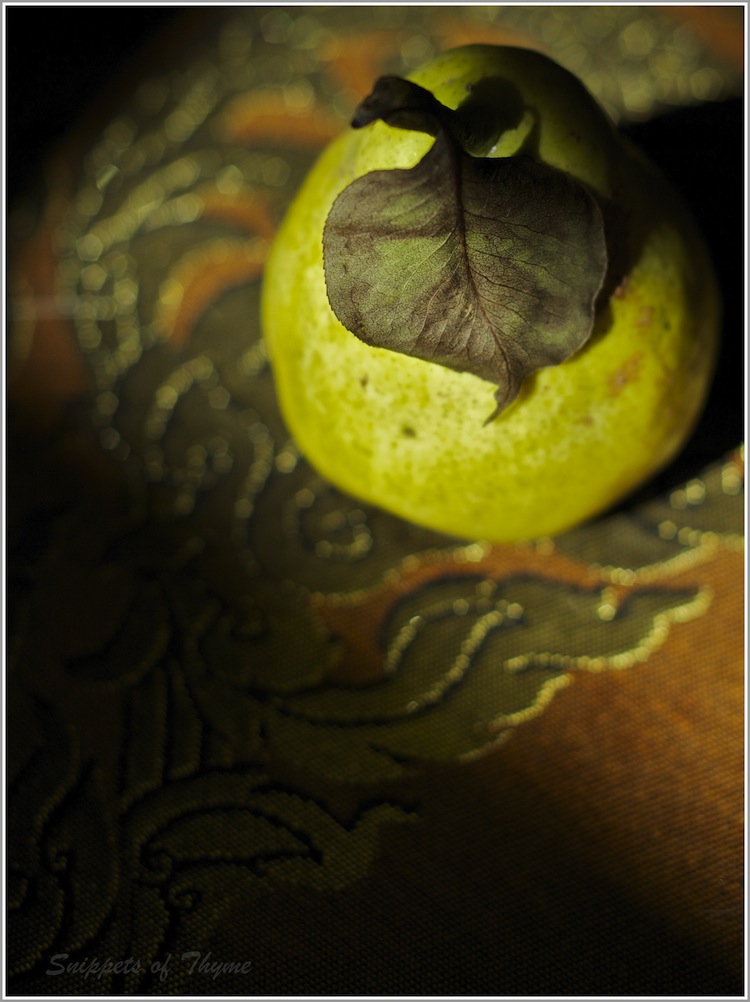 This is one recipe that comes out of my big binder of "favorites" every Fall.  It epitomizes fall for us.  Making this pear tart elicits strong memories of where we were each time I made it in the past.


However, I always begin to think about one fall in particular - one in Japan 10 years ago. 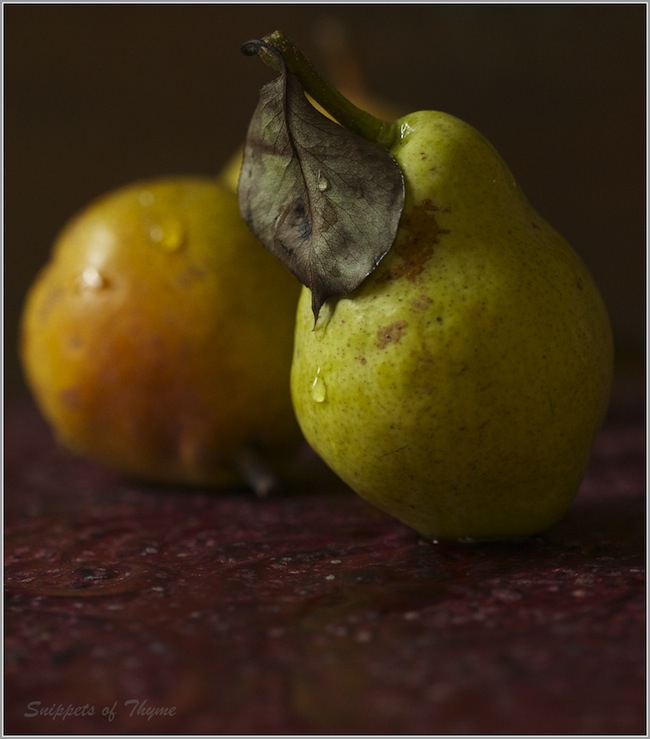 Much of the coverage of the anniversary of 9/11 is now over.  It is always interesting for us to hear so many stories of where people were in the U.S. and what they were doing on that tragic day.


We, however, were living in Japan at the time.  In fact, we had just arrived for our Japanese adventure two days before the attack on the U.S. occurred. 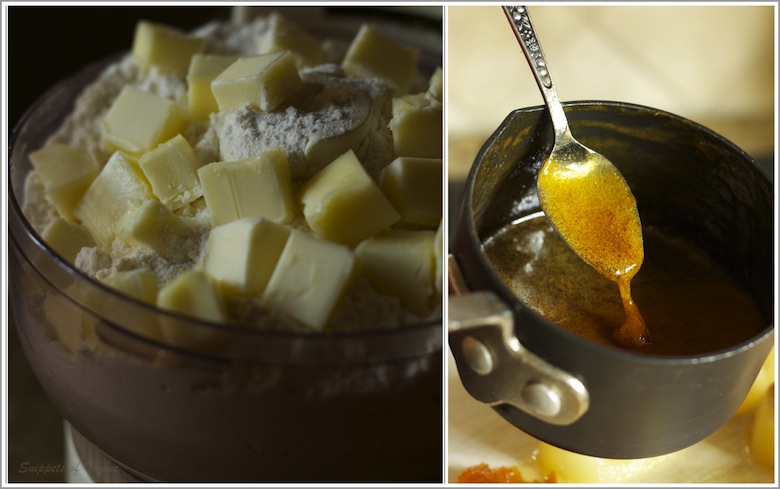 That morning, I woke up first and was crankily trying to figure out how to brew my morning coffee in our  tiny new kitchen.

The apartment was completely furnished and I was eager to check out all sorts of appliances that I didn't readily recognize the night before as we unpacked suitcases.

Jet lag was like nothing we had experienced before so this day was hopefully to bring some normalcy to our weary schedule of traveling. 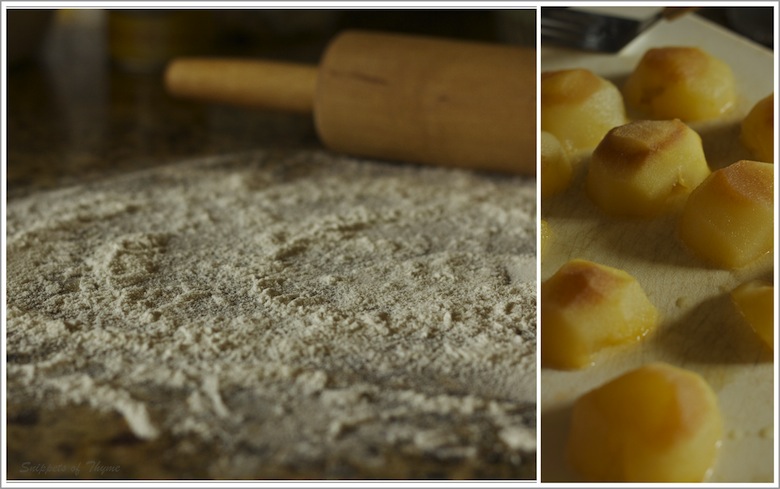 When I turned on our television, it was immediately apparent something tragic had occurred.  Images were flashing by so quickly on the screen.  My months of studying Japanese did nothing to aid me as I watched the confusing and  horrifying scenes.


Since we were in Japan, I naturally expected that these scenes of airplanes crashing into tall buildings and people jumping out of windows was occurring in Tokyo.  However, something just didn't seem right.  All of the reporters were caucasian looking.  The people running in the streets looked like they were in the U.S.  Was that our nation's Capital?  Is that scene in downtown Manhattan?


Are we so naive to have not realized how much we are hated in this world?


Because of the time difference, the attacks had already happened in the U.S.  Many hours had passed and the attacks were being replayed one after the other.


I quickly woke up Patrick and with bleary eyes and in the fog of jet lag, we stared at the screen with dawning understanding.  It appeared that the entire country had been attacked.  We had no idea of the order of the attacks so it all appeared to be happening simultaneously as the screen jumped from one city to another. 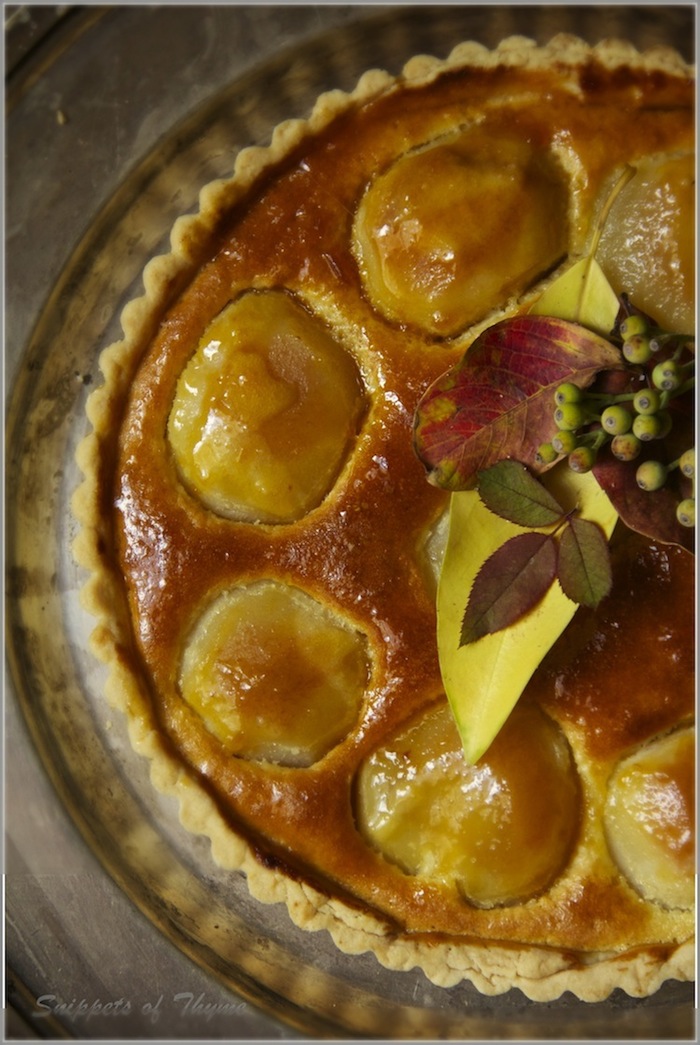 Over the next few days, as the events unfolded, we managed to get information from Patrick's office.  Since we had no internet at the time except for email, and the T.V. had only Japanese speaking channels, I would buckle the kids in the car during the afternoon and drive aimlessly around the city, getting completely lost while listening to this static filled  english speaking radio station.


E-mails fired back and forth between our friends and relatives.  At the time, we had a house in New York so we knew many of our friends there  had frantic stories to tell. 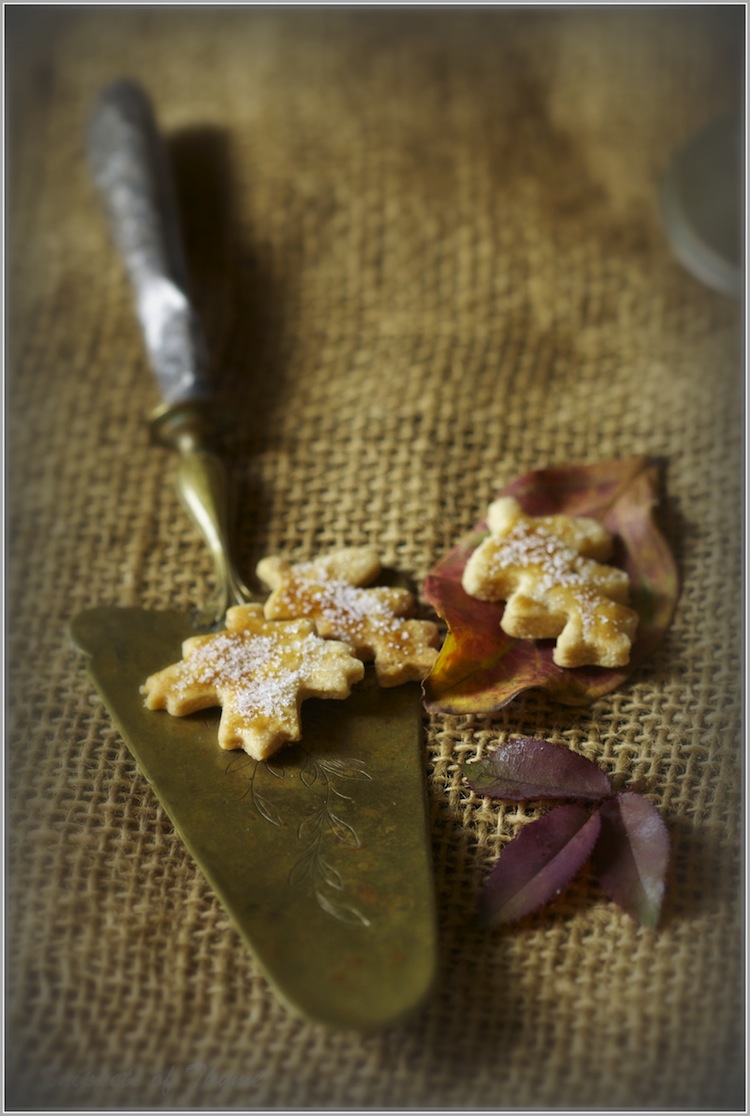 I think of how difficult it was to get information 10 years ago without Twitter, Facebook, and major online news sources.


We felt isolated  and exposed in this newly adopted country.  As far as we could tell, we were the only American family in this entire city of Ota.   Were we possibly at risk?  Are we hated in this country?

Months later, the kids and I were adjusting to a new life in the local Japanese school.   We had an offer to attend an event that weekend.


As usual, our Japanese skills couldn't keep up with the conversations to catch all of the details and plans for the weekend.   We typically knew the time we would be picked up and vaguely what type of event we would be attending.  We understood that it had something to do with 9/11 and music. 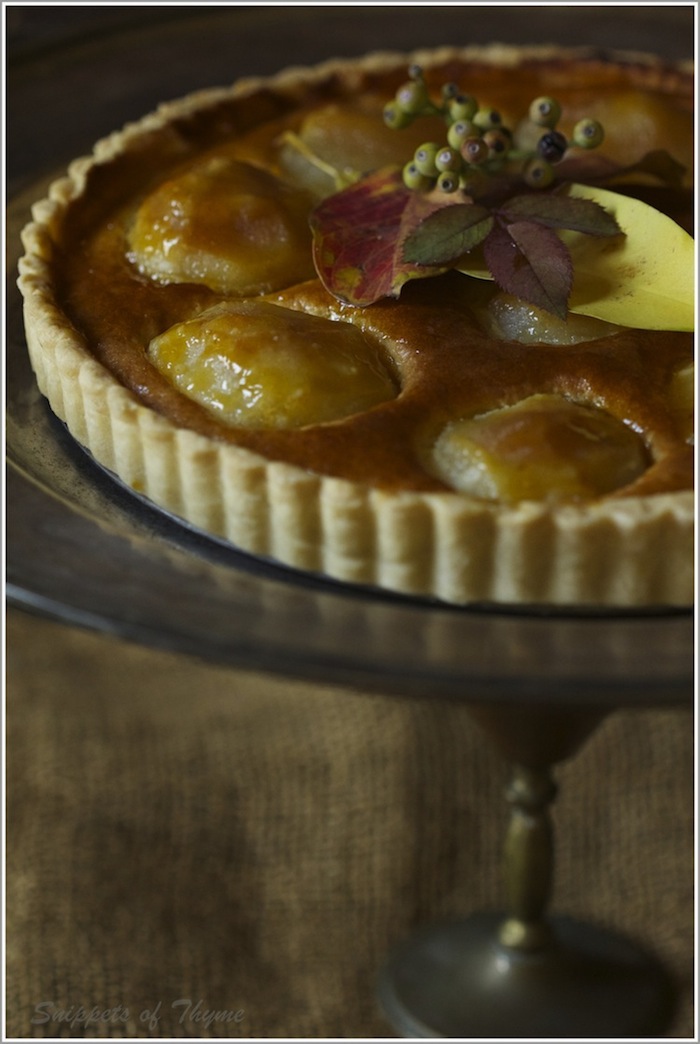 Our wonderful Japanese friends drove us to a huge auditorium.  People were filing inside and taking their seats.  It seemed that our friends wanted to introduce us to so many people there that we were constantly bowing and greeting people before we eventually took our seats.

The event began, curtains opened, and the stage was filled with high school student musicians.  An entire orchestra of young people filled the stage.


A huge Japanese flag as well as an American flag hung side by side above the stage. 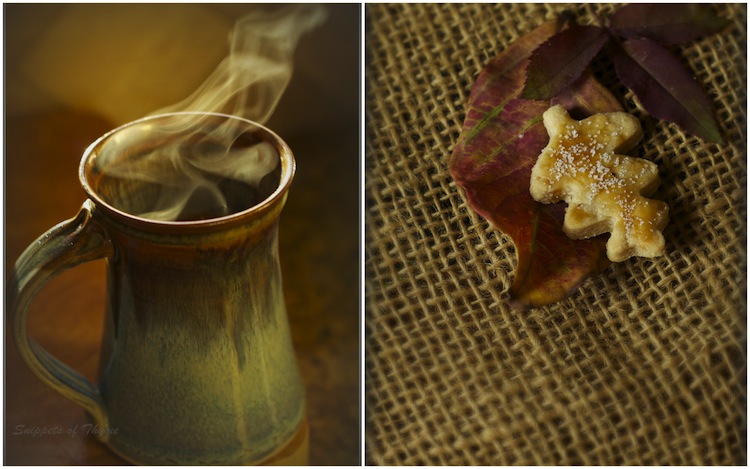 A video presentation began depicting scenes from 9/11.  In between scenes, the orchestra played various traditional American songs like "Yankee Doodle" and "The Star Spangled Banner".


We sat there stunned.  The mood was profound.  The puzzles all softly pressed together.  The entire event, with thousands of families present, was to commemorate 9/11 victims' families and donate the money from the evening's performances to them.


The tears began to flow.


My husband and I locked eyes and realized that in that evening, the four us represented our entire nation.  At one point we were asked to stand up in front of everyone.  The crowd let out this beautiful patter of clapping that was soft and at the same time strong.  People had tears in their eyes as they looked at us with encouragement and understanding.


I had never experienced anything this profound.  I had never been so proud of the nation in which I was born.  I had never witnessed another culture, one that has seen a horrific past itself, show solidarity and support for another. 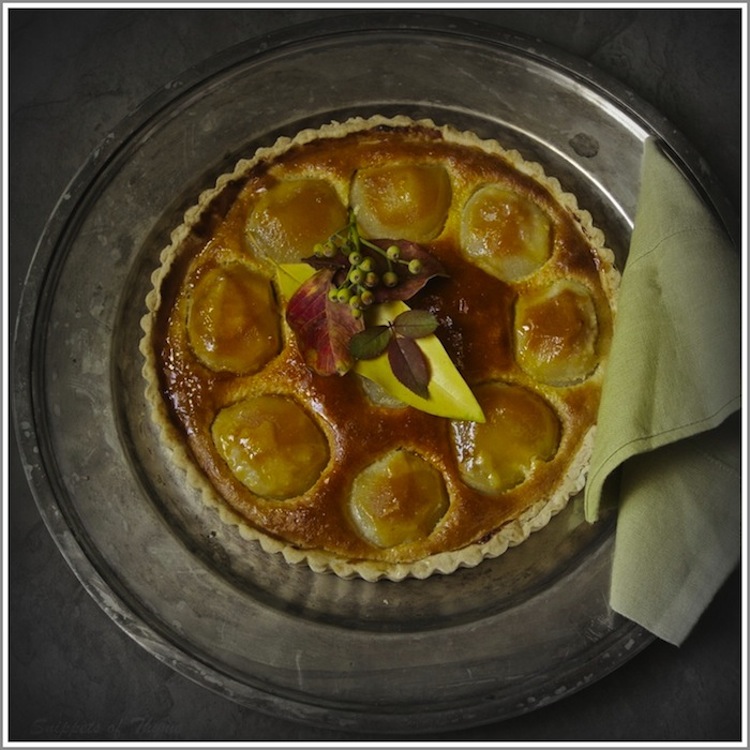 This evening of celebration of life, of death, of loss, of pain, of empathy, and of compassion endeared us to the Japanese people like we could not have anticipated.


I make this Anjou pear tart every year, and it is these memories that flood back into my mind and heart.


We will never forget how the world suddenly changed on that day.


We will never forget the peacefulness of a culture that shares pain and suffering but wants to reach out to others to give comfort and spread joy.


Slivered or chopped almonds for garnish if desired.


Preheat oven to 400˚F.  Roll out dough on floured surface to 13-inch diameter round.  Transfer to a 10-inch diameter tart pan with removable bottom.  Fold edges under:  press to 1/4 inch above rim of pan.  Freeze crust 15 minutes.  Line crust with foil.  Fill with dried beans or pie weights.  Bake 10 minutes.  Remove foil and beans.  Bake until crust is pale golden, piercing with fork if bubbles form, about 20 minutes.  Cool on rack.  Reduce oven temperature to 375˚F