Note:
I've been nominated for Babble's Top 50 Food Blogs. I've moved from 197 to spot 32, but would love your vote.   Could you take a minute and add your vote?   Click here or on the side link to the right.
Thank You! 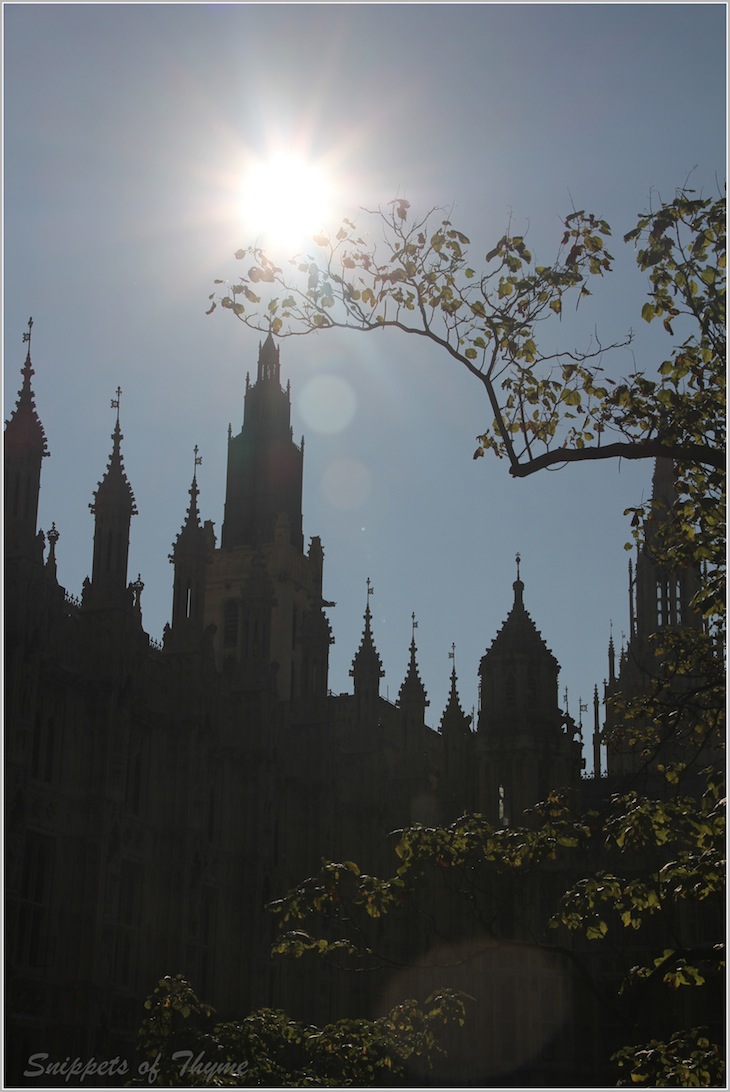 After thoroughly immersing ourselves in The Borough's Market during the morning right after getting off of our over night flight from Houston, we decided that marching all over the city of London the second half of the day, probably wasn't going to get high marks.


What to do with a full day in London but a half a tank of energy?


I hesitate to admit this next event.  I realize it was the ultimate tourist option.  I know it wasn't the most authentic way of exploring the backstreets and undiscovered lanes of foreign locales. 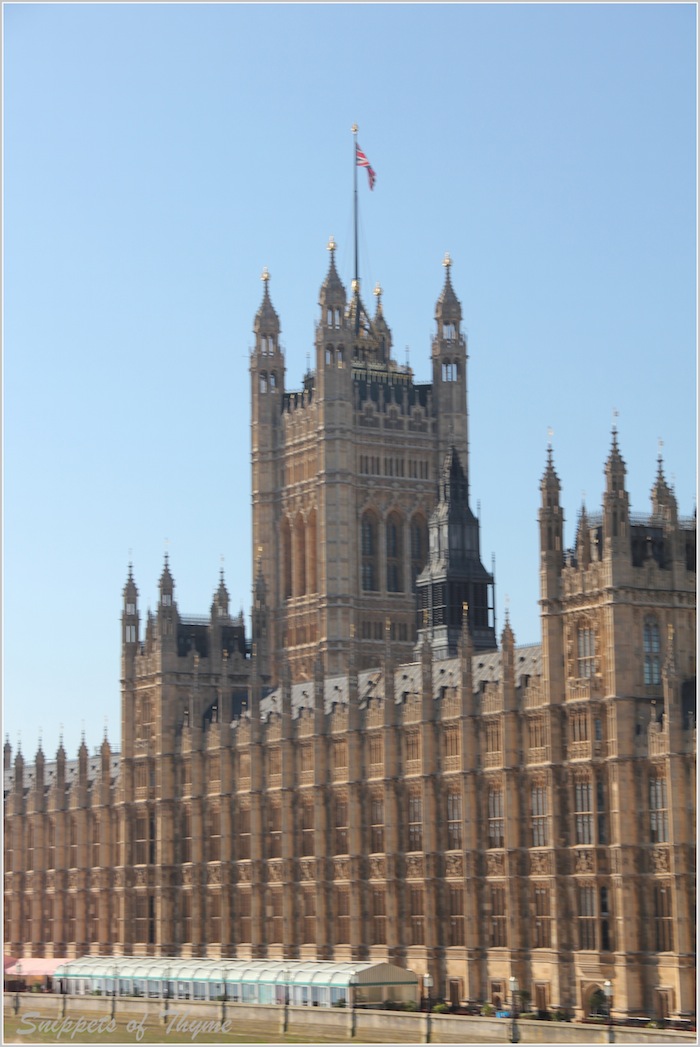 Sights were becoming a bit hazy as jet-lag began its murky tug.  However riding at the top of those awful, bright, gaudy tourist buses felt pretty good at that particular part of the day.   We whisked along and the kids saw the major sights of London in one fell swoop. 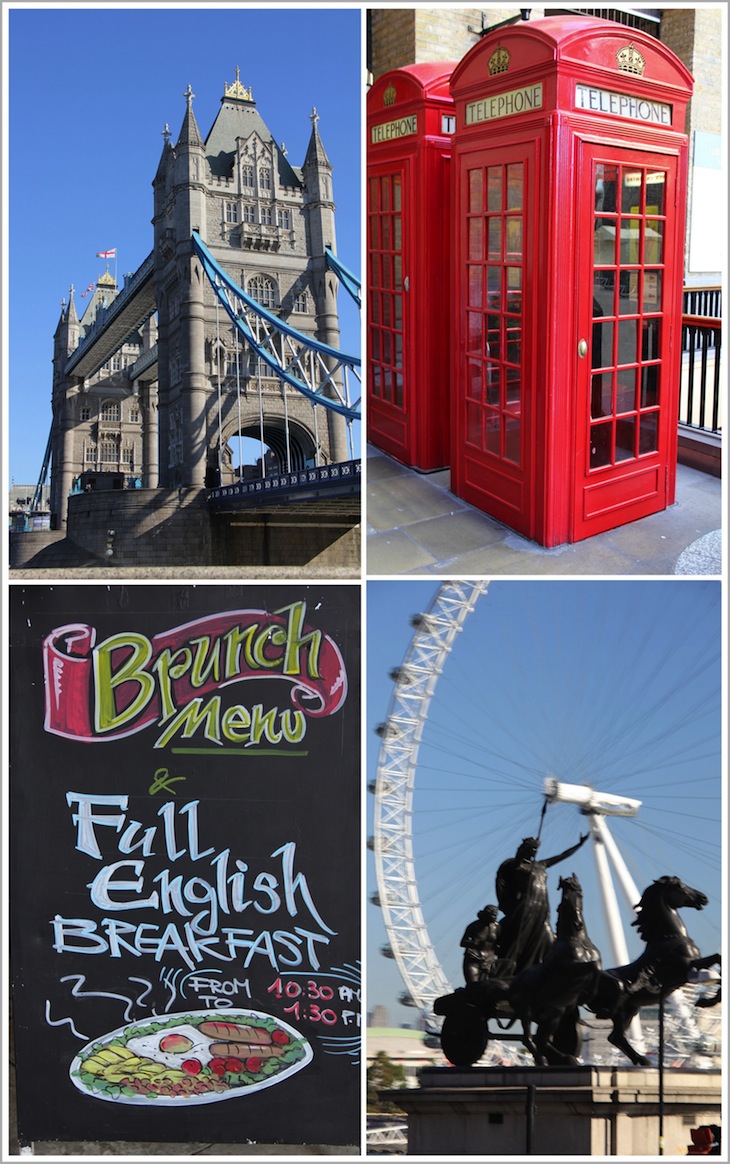 It didn't take too long, though, before the adrenaline kicked back in again and we were back in business and ready to hit the streets of London (on foot) again.


We decided to get off at Covent Gardens and make our way to the Seven Dials Shopping district.


Patrick and I hopped on bikes and sped away into the city of London! 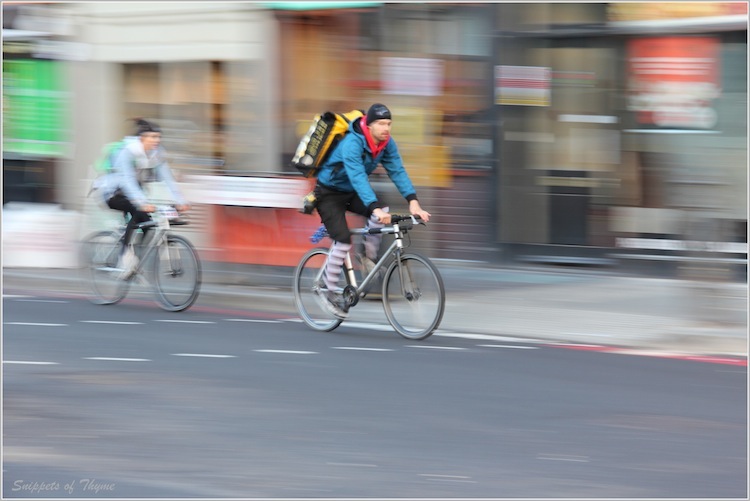 Bikers certainly were everywhere in London.  So many more bikers were present than we last remembered when in this city.  It was a wonderful sight and gave the city a  lively and sporty feeling. 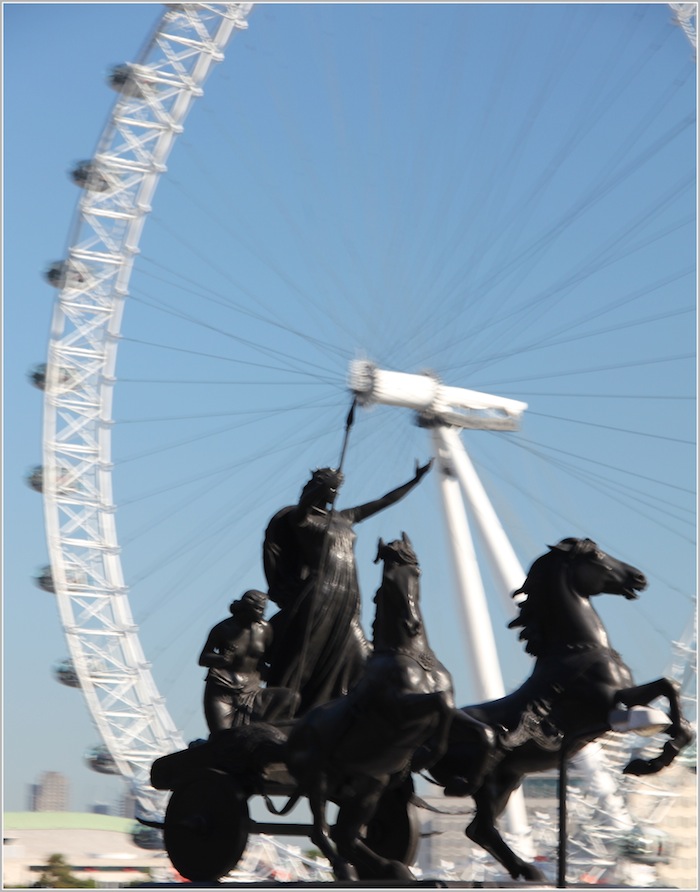 We "hopped" off our Hop on/Hop off bus at the bustling, cheery, crowded Covent Garden shopping area.  It seemed that everyone was enjoying the fall weather.  We just couldn't have asked for better day to spend in this incredible city.


Flowers were still in bloom spilling out of window boxes but fall leaves were blowing everywhere as people scuffled here and there enjoying the cool weather. 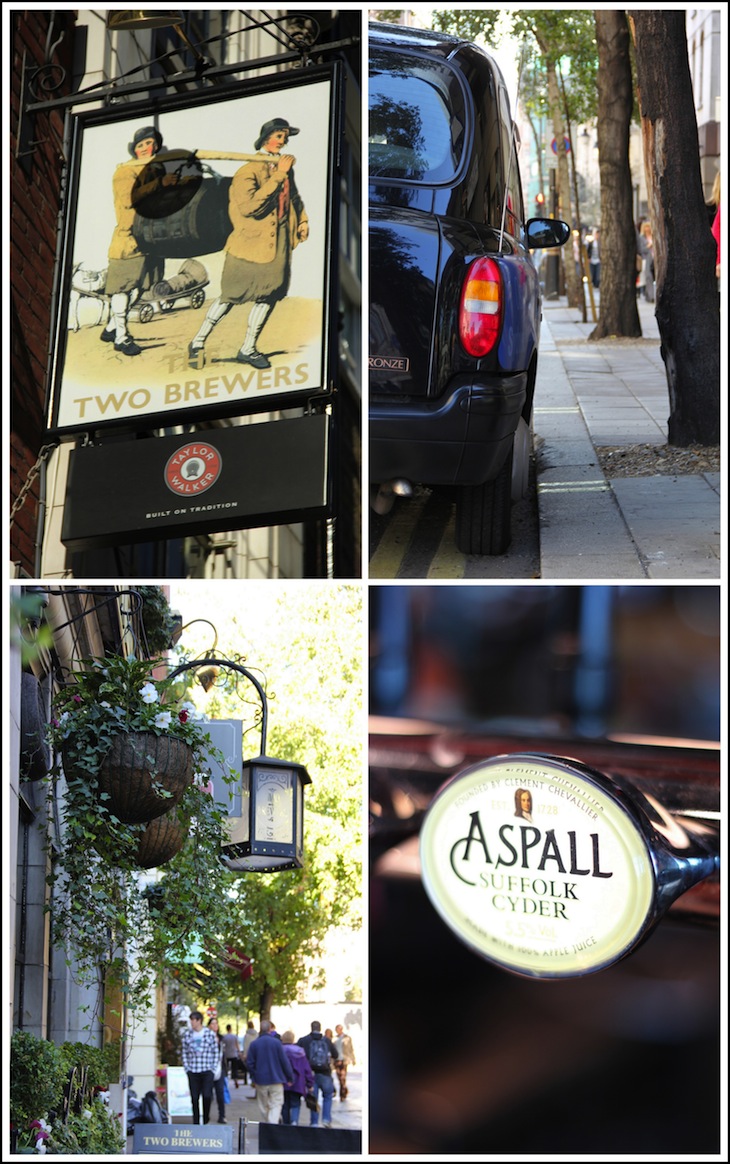 I couldn't help but feel like we stepped into a scene in the Harry Potter movies.  We giggled at the huge double-decker buses and remembered the scene when the one carrying Harry squeezed in real tight to fit between traffic.


The shops reminded us of those on Diagon Alley.  Perhaps if we looked hard enough maybe there was a spot that would be selling "butter beer"! 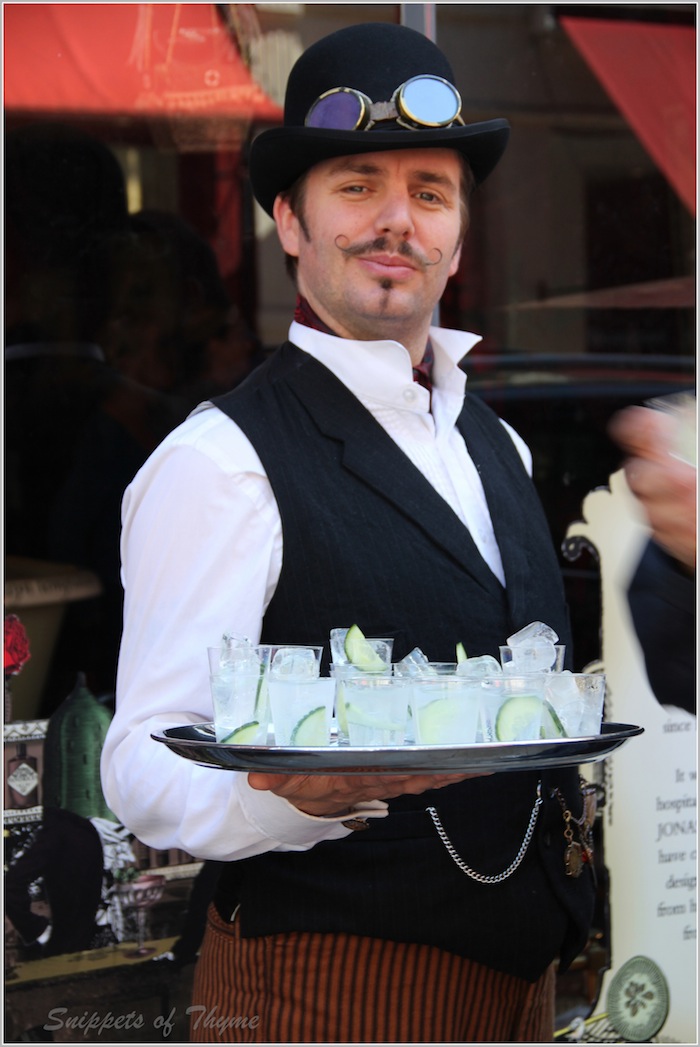 
Hunger was certainly directing us to the over-hanging signs of cozy looking pubs with descriptions of fish and chips, beef pies, and BEER! 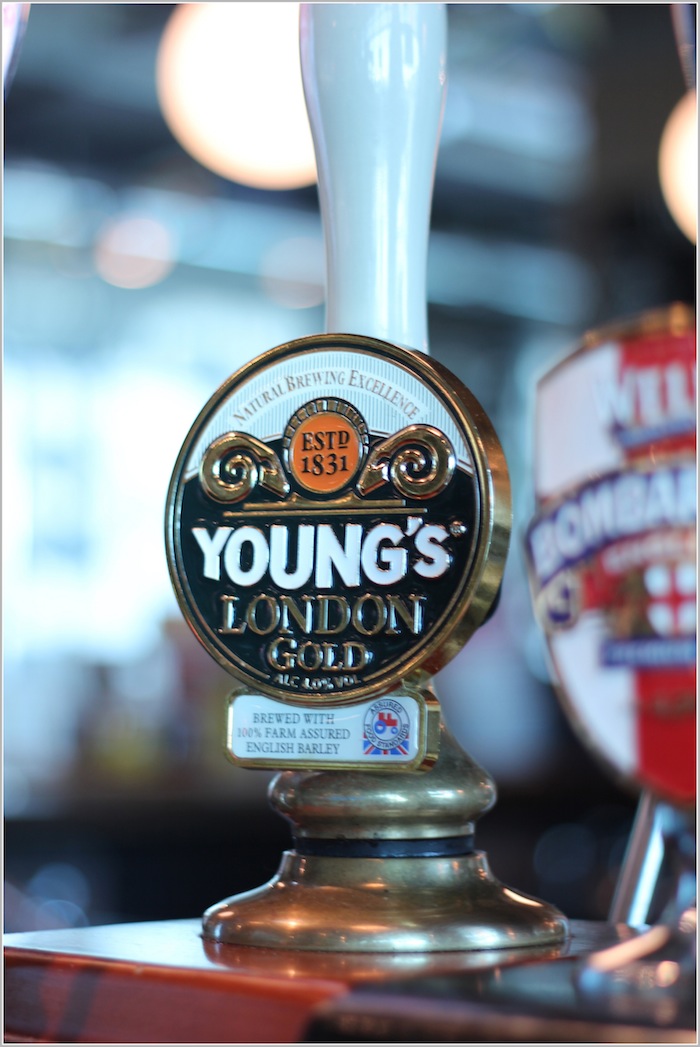 The Two Brewer's Pub caught our attention and not more than a few minutes after we found ourselves a quaint spot to rest did Patrick happily sit with his first glass of English beer - Young's London Gold.   One happy camper in the family- three more hungry campers to satisfy.  We were starving!


I quickly scanned the pub and the people-watching was fantastic!  I am a terrible eaves-dropper. The rest of our lunch in this iconic British pub was spent absorbing the engaging lives of those around us. 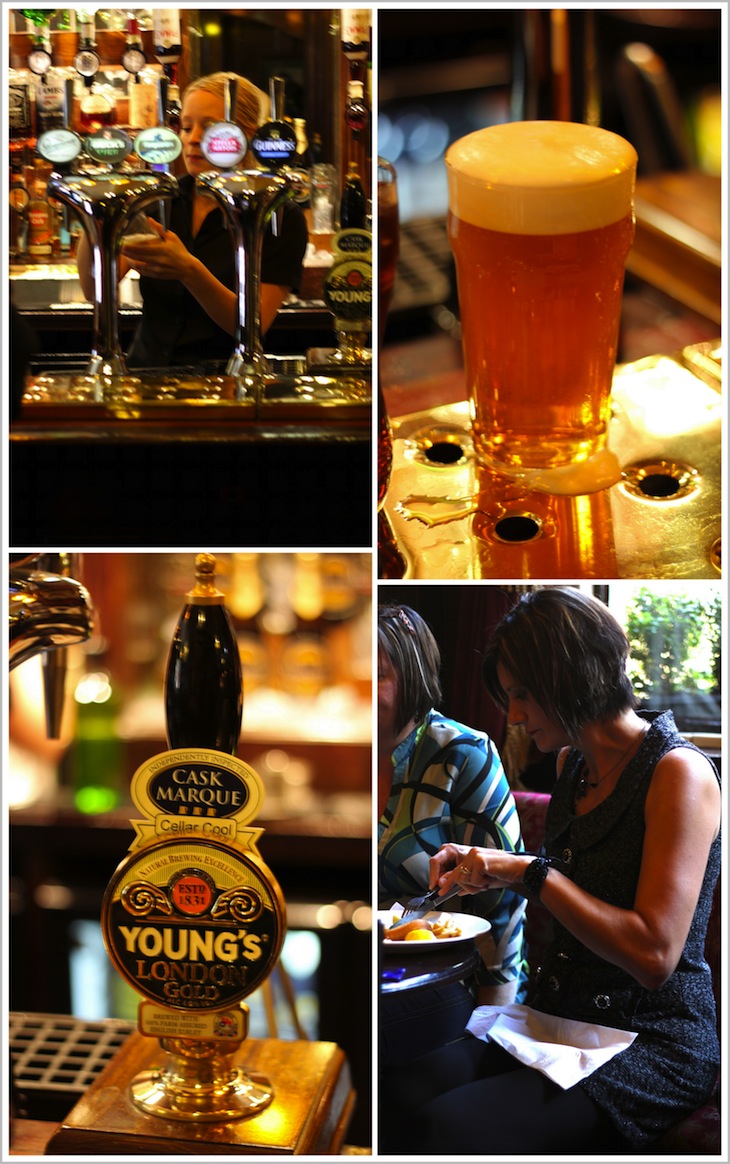 The woman above particularly caught my attention.  I loved her chic outfit.  The deep grey tweed fabric with the double-breasted buttons and low Peter Pan collar was so attractive and fitting for the British pub scene.


Beer was flowing and people were relaxed and happy - just as I imagined a British pub would feel. 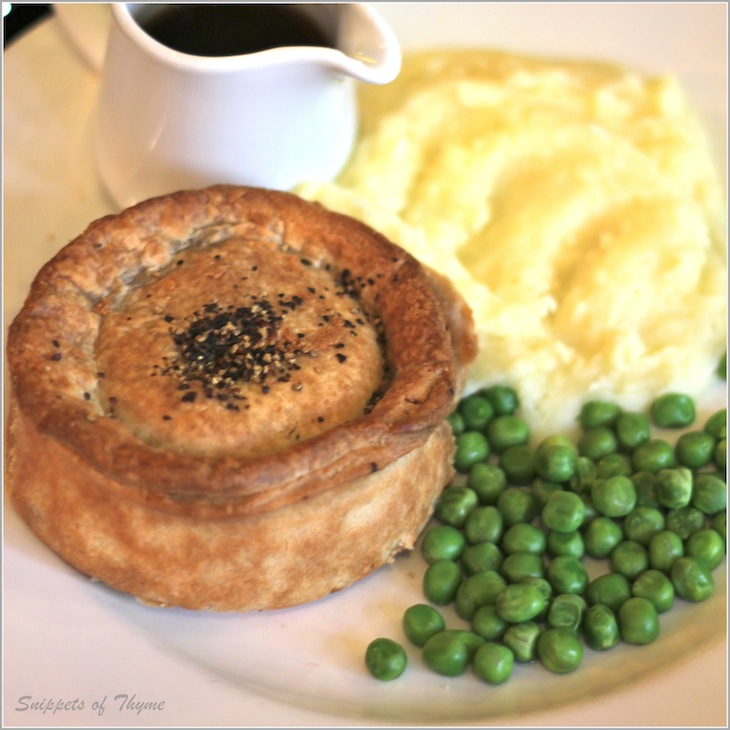 We were so hungry at this point, anything could have come off the menu and we would have gulped it down.  But, look what deliciousness landed on our wooden table.


Steamy Beef and Stout Pie, big plump green peas, and soft mashed potatoes.  Delicious!  It was so hearty and filling.  The crust was thick  and the filling was filled with a rich sauce, vegetables, and chunks of tender beef. 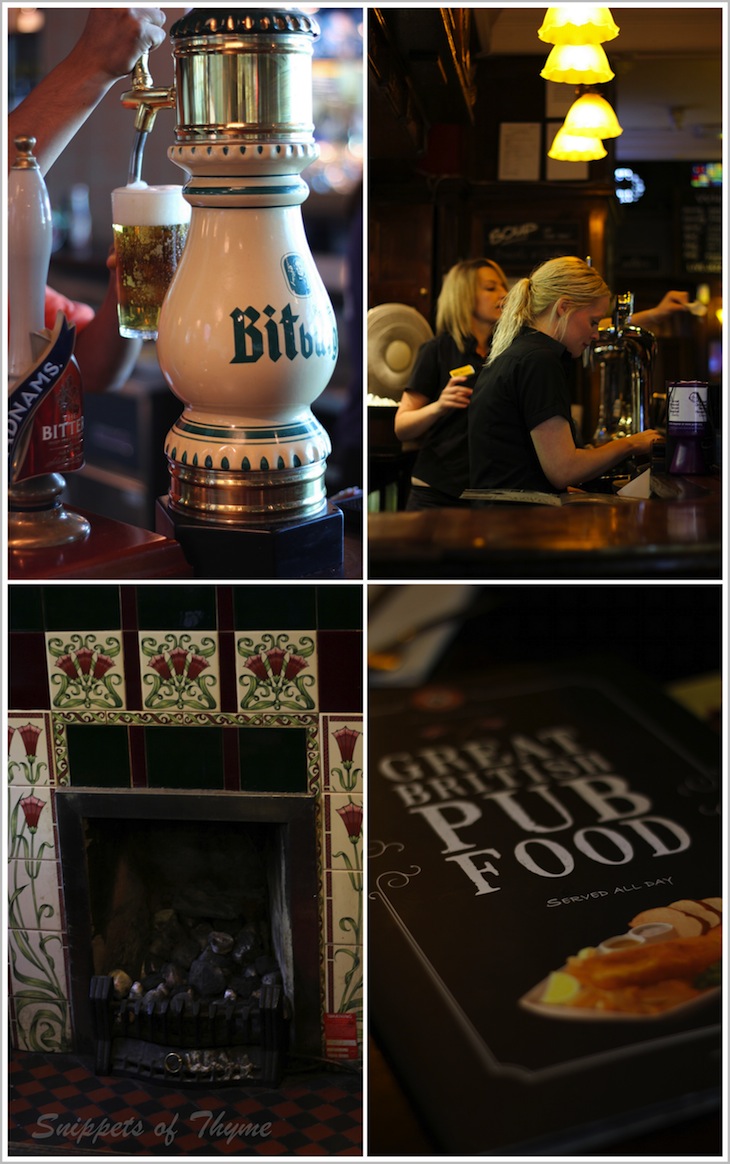 Right next to us, a father was having lunch with his young daughter.  They were adorable.  It seemed she was off on a break from school and spending time together.  She was excitedly chatting about this and that event that occurred when a big plate of food came to their table.


They bantered comfortably some more while eating and it occurred to me that this might be a routine lunch pub for them.  This might even be their "pub" - they seemed so at ease in their corner. 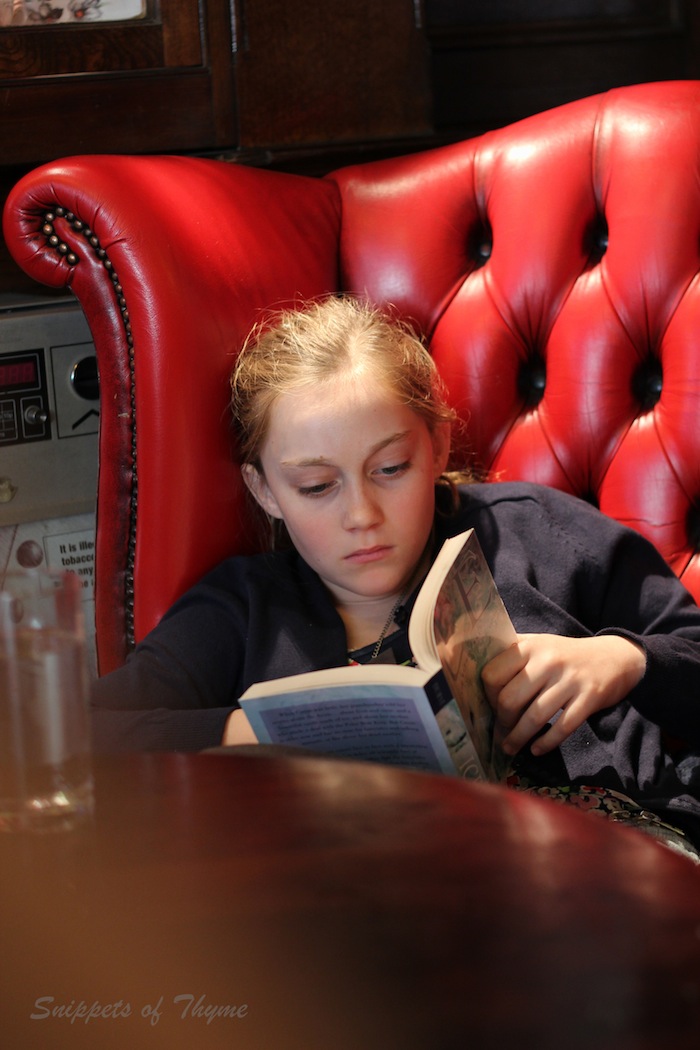 After she finished her meal, she curled up comfortably in this fantastic red leather chair by a little tiled fireplace and lost herself in her book.  Madeleine had actually read that particular book and said it was perfect for her age.  She was a doll and we  listened to her sweet chatter with her delightful father the rest of our pub meal. 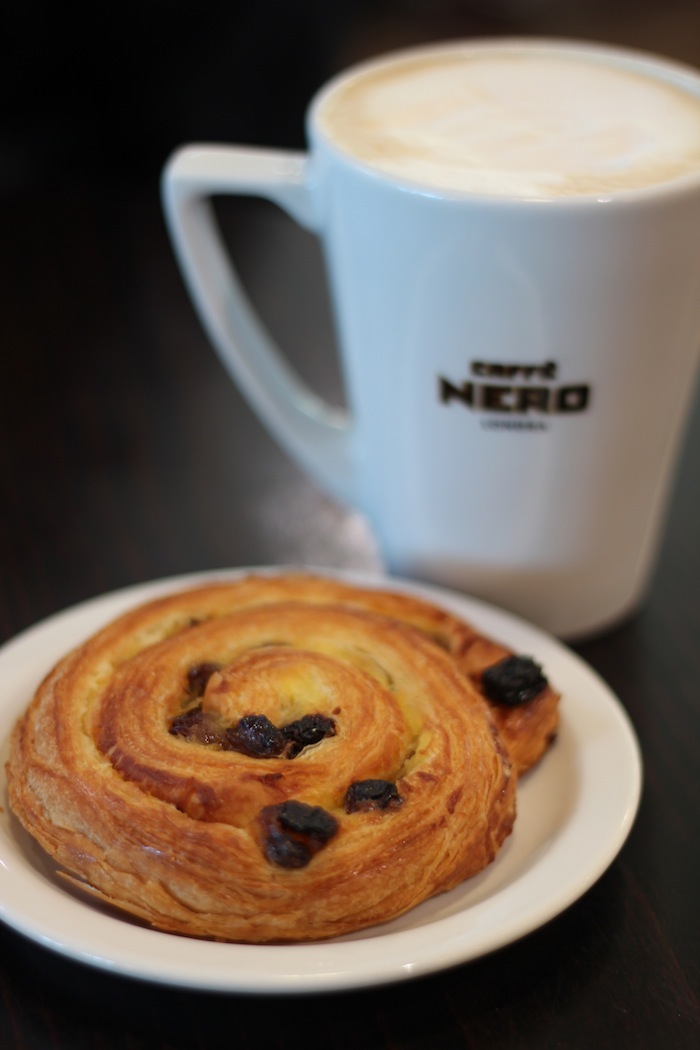 I had  no idea we could cover so much of the city  and feel  so relaxed on our 10 hour layover in London.  We took one of those adorable polished black British cabs back to Paddington Station, glided easily back to the airport on the fabulous Heathrow Express, and make it to our gate for Dublin with several hours to spare.


Tired, happy, and thoroughly spent, we sat and people-watched all of the groups coming and going from all parts of the world while enjoying a delicious cinnamon roll pastry and a hot cafe latte.


We also had fun trying some local chips (or crisps as they are called there).  We had "Roasted Chicken chips".  We chuckled over the diverse brands of chips in each country and remembered our sampling of "Cheeseburger" chips in France.


First day of the trip, 10 hours in London, one happy foursome My heart was so full, my eyes and ears so happy, and my feet and legs - so very tired.


We have always enjoyed England so now what will be in store after this fabulous day  - in that enchanting land of rainbows and fairies - Ireland?