Pumpkin Scones, Frankenstein, and under the London Bridge

Note:
I've been nominated for Babble's Top 50 Food Blogs. I've moved from 197 to spot 32, but would love your vote.   Could you take a minute and add your vote?   Click here or on the side link to the right.
Thank You! 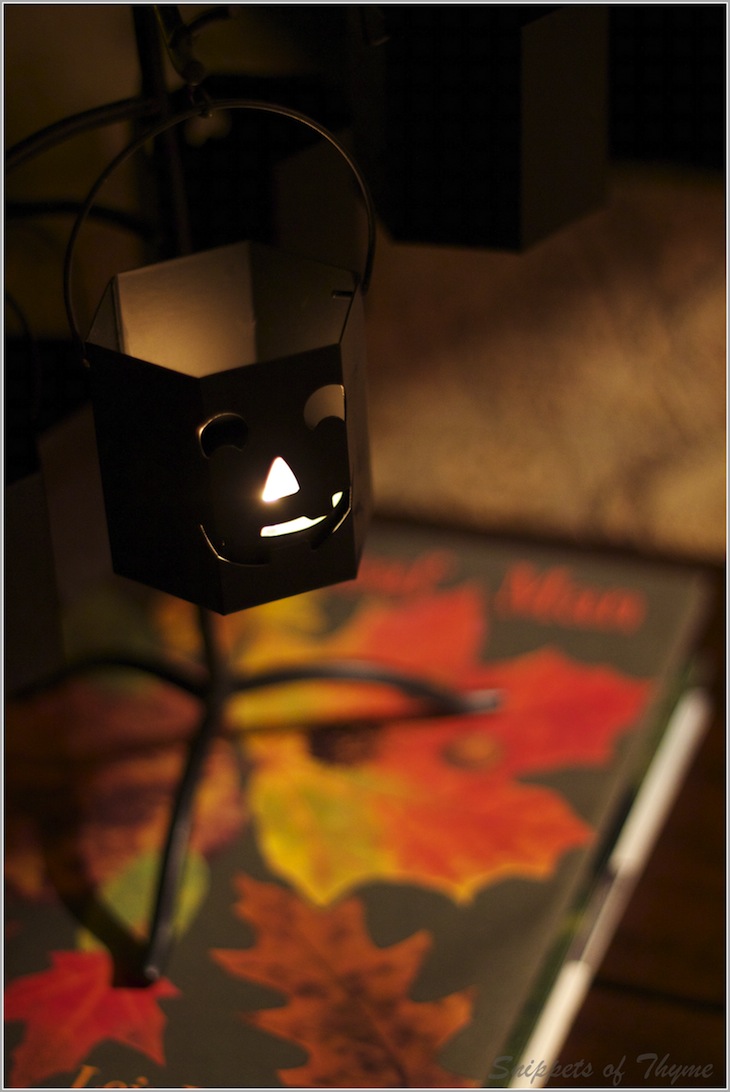 October.  Fall.  Halloween.  My son's birthday month.  Yes...and travel.  As everyone settles into their school semester and summer vacations wind down...we happily prepare to take off.
We love to travel off season.    One of the benefits of homeschooling that we have enjoyed is the ability to begin school earlier or finish later, allowing ourselves a week or two during the fall season. 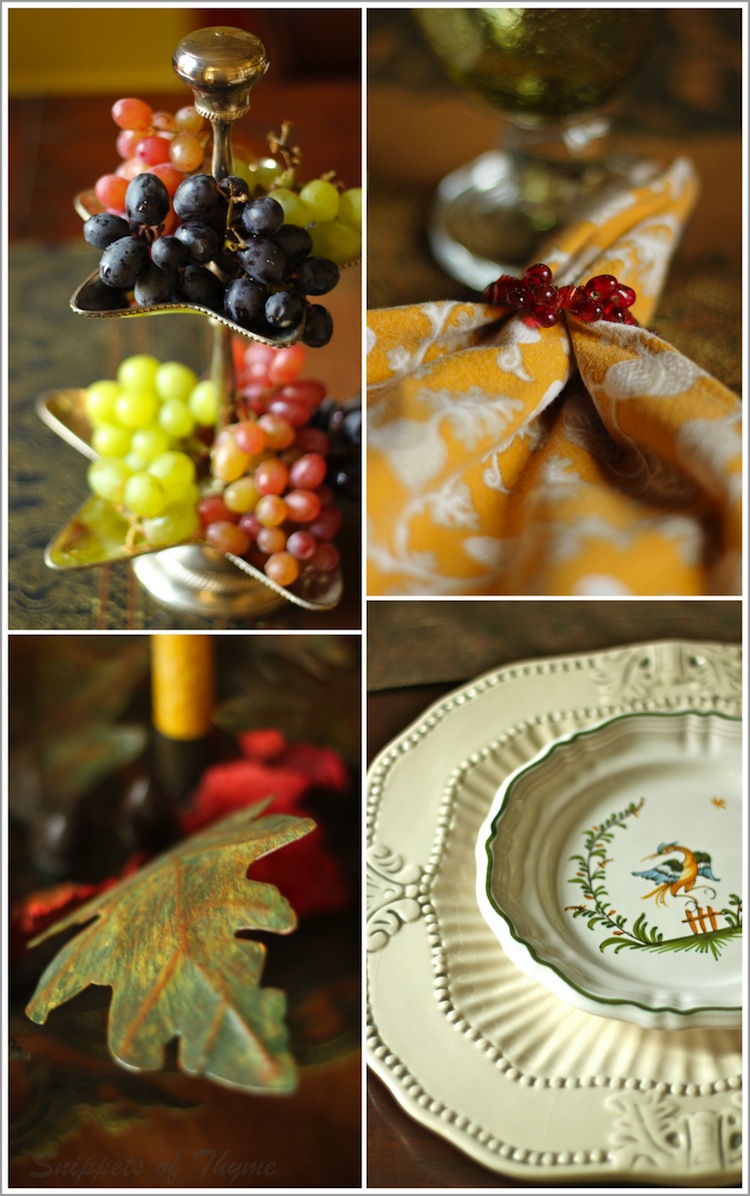 Before our departure to Ireland, we had one monthly get-together to check off before the suitcases were zipped up.
It was Madeleine's turn to host their monthly book club gathering.
The girls aptly chose Frankenstein by Mary Shelley for this October month.  Fun! 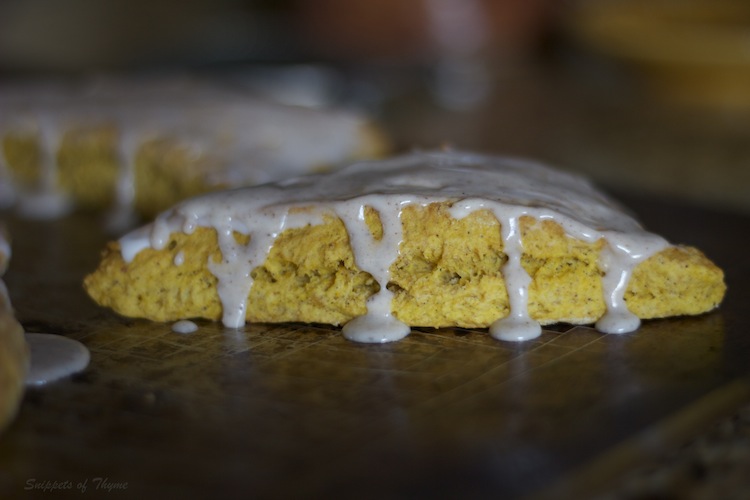 Madeleine and I had an amusing time considering ideas for the food for their meeting.  Recently I  tried a recipe for pumpkin scones that was delicious,  so that went on our list.
We also made a vegetable galette that I featured here on "Snippets" as well as a batch of the Irish Split Pea and Ham soup that I  featured here. 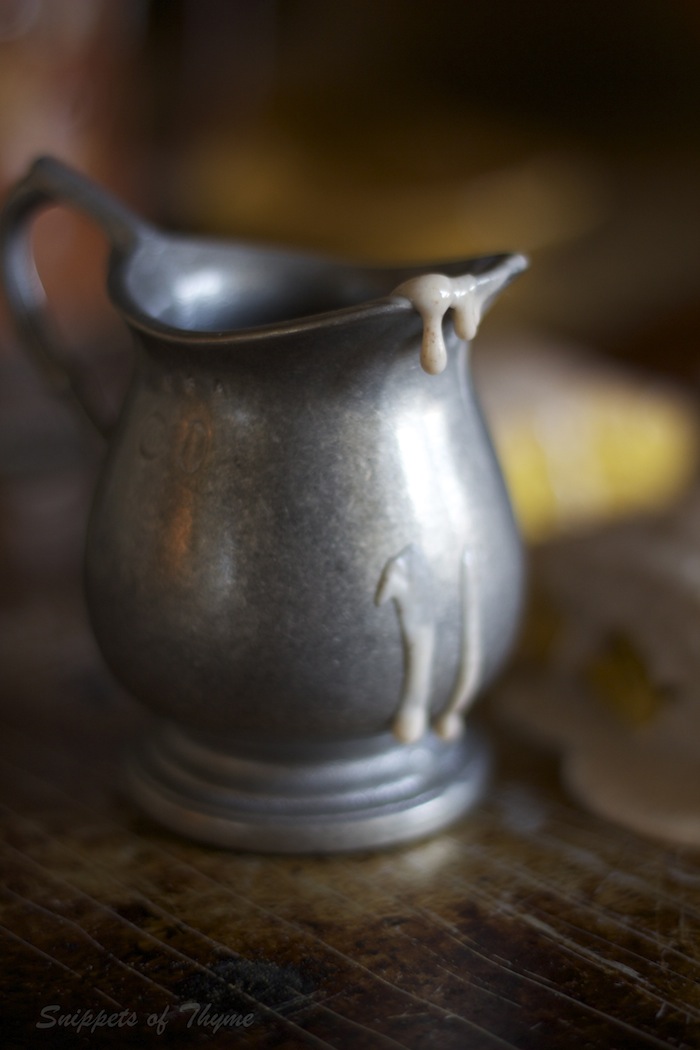 The menu was set so we went to work creating an evening full of delicious smells and a relaxing atmosphere for their evening. 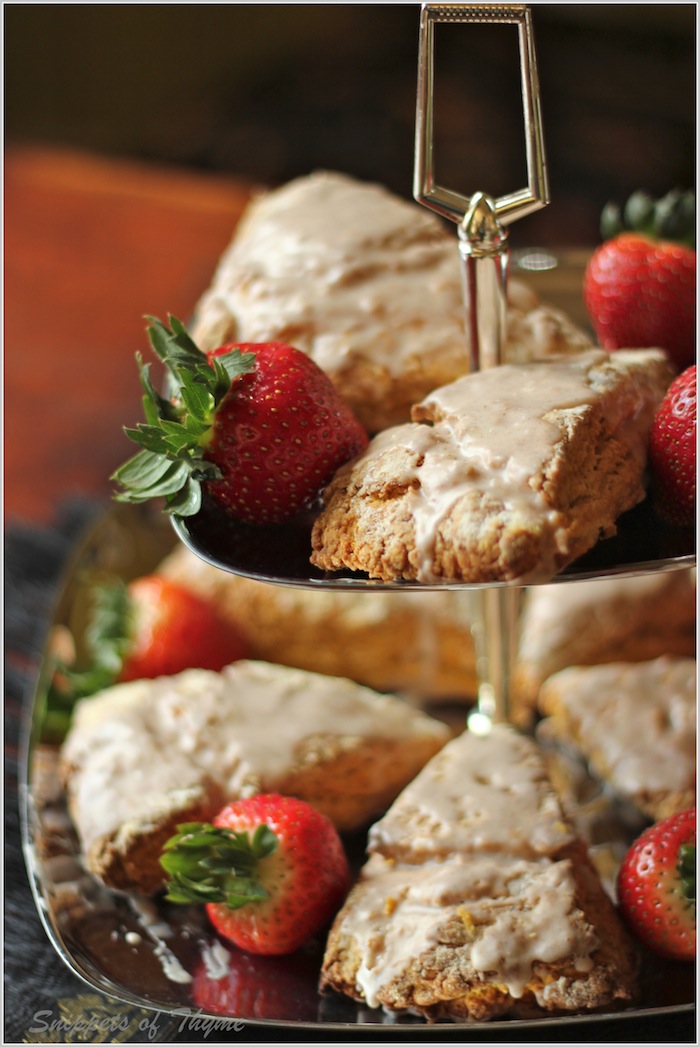 Of course, much of the time, I was thinking about our upcoming trip.  The scones as well as the British author Mary Shelley had me thinking about our planned day of adventure in London.  The soup encouraged thoughts of the upcoming sights we would be seeing soon in Ireland. 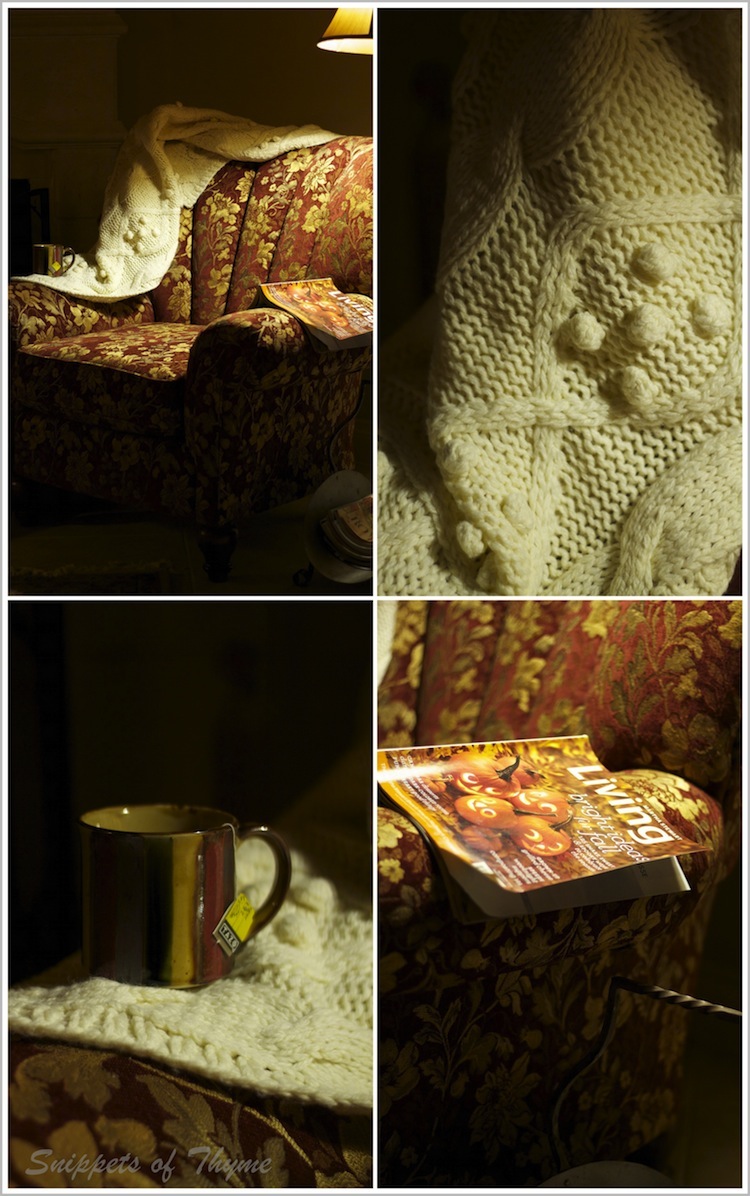 As the girls arrived, I turned over the evening to Madeleine.  I was thoroughly content to vaguely hear  their chatter while they enjoyed our  menu of goodies.  We decorated the house for fall and lit flickering candles all over that scented the house with smells of cinnamon and pine. 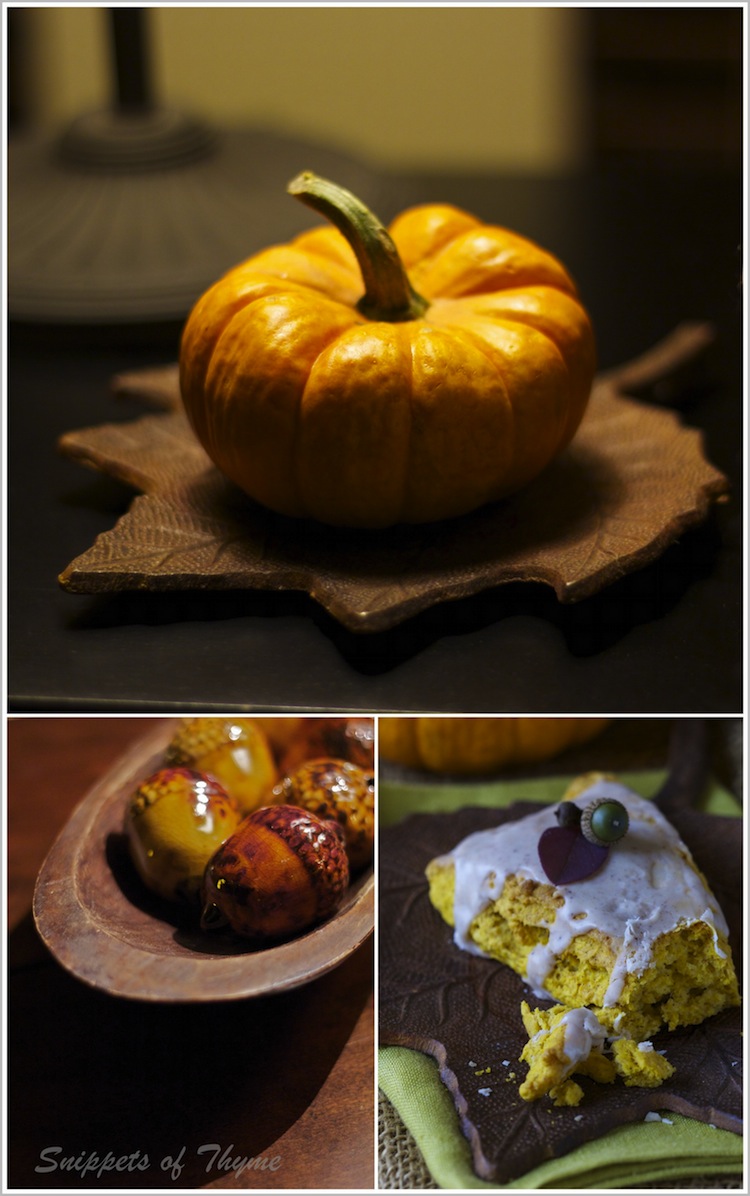 Of course, I couldn't resist squirreling one of these spice glazed scones to enjoy during my quiet time.  All of the work was over for me and the evening was filled with relaxation, a pumpkin scone, the clinking of dishes as the girls enjoyed their food, and a warming cup of tea.
This was the final "to-do" before the passports were secured, scarves and hats packed, and the delights of Ireland stretched before us. 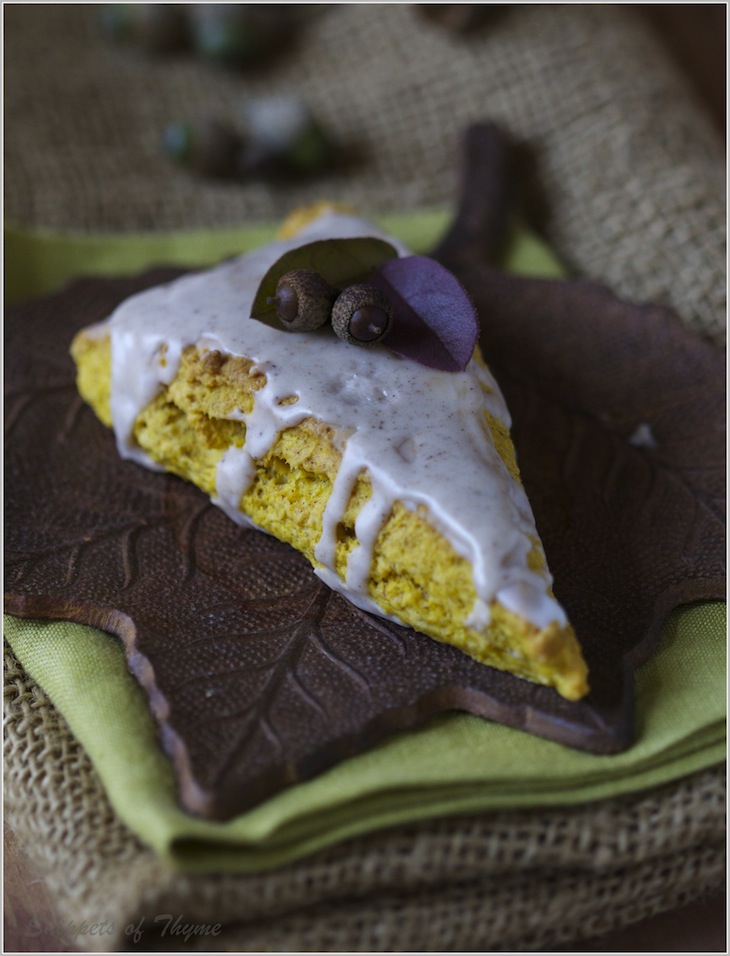 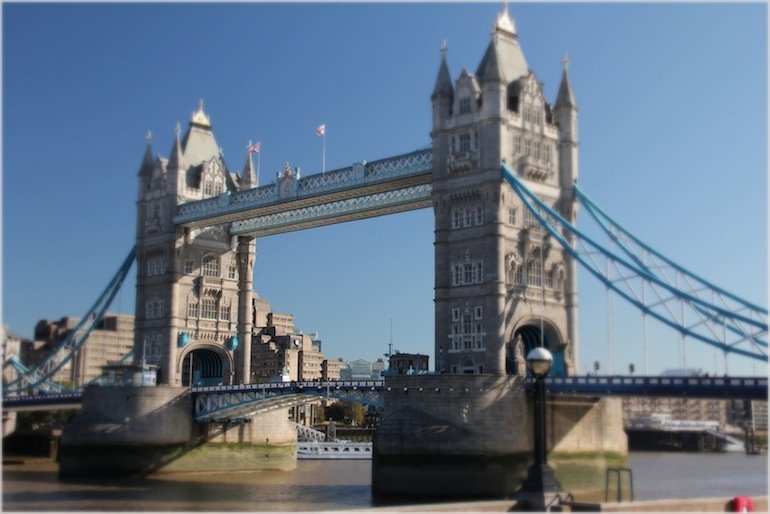 London!  I am becoming notorious for booking our trips with as long of a layover as possible in an exciting city.  Indeed, I did it again!  Ten hours of London sights...
What to do with ten hours in a major city?  I wasn't quite sure what the best plan of action would be.  I knew we would be groggy once we arrived and the entire plan could result in one cranky family trying to fight jet lag most of the day. 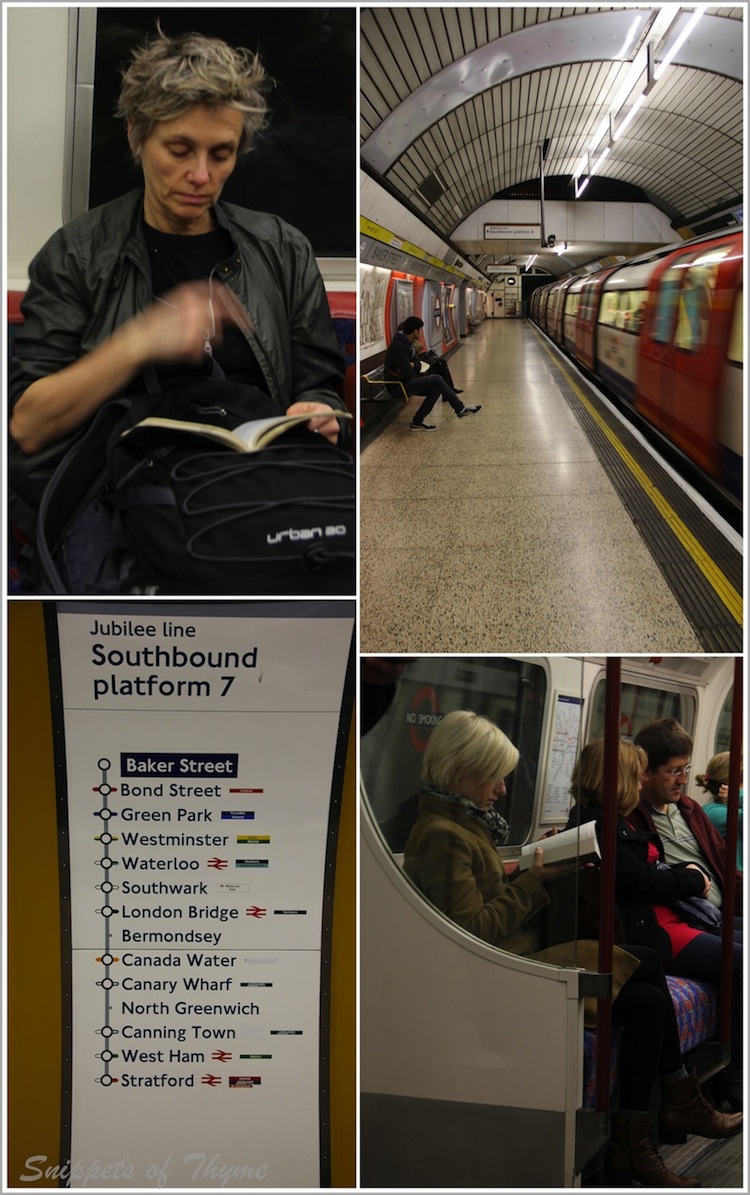 But once we arrived in London, the adrenaline of the hustle and bustle of a Saturday London morning kicked in.
To our delight, the London express train offers half off their fares on weekends so it took us only 15 minutes to get right into the heart of London - Paddington Station.
What a beautiful train station! 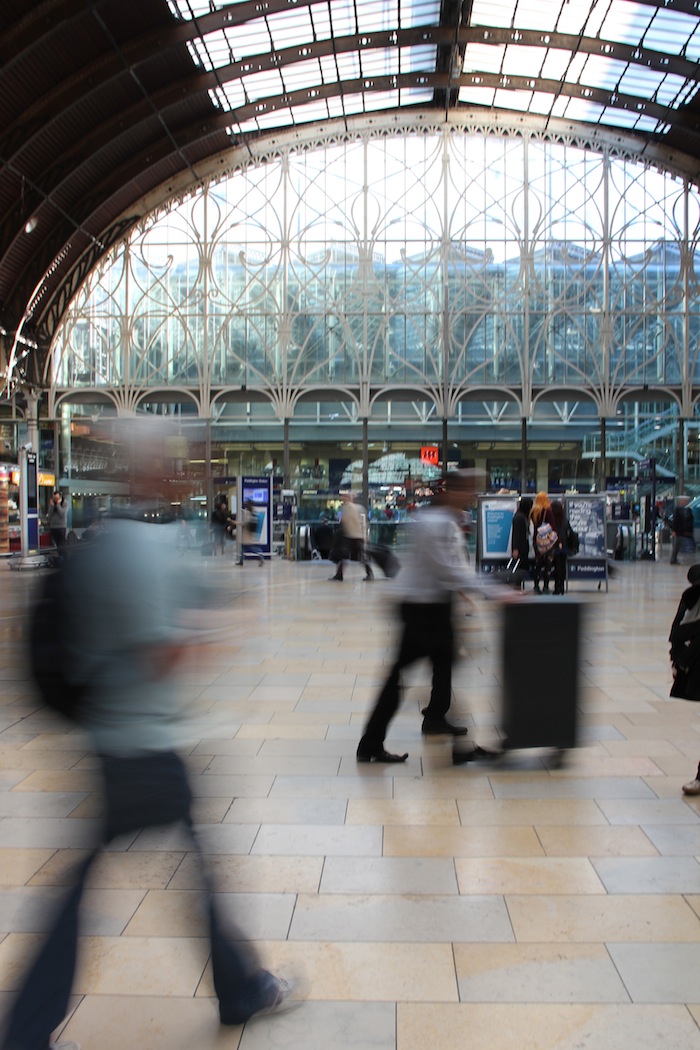 Our destination was a large farmer's market in the South end of London called "The Borough's Market".


London's train system is so easy to use and one train connection later dropped us off blocks from this massive market. 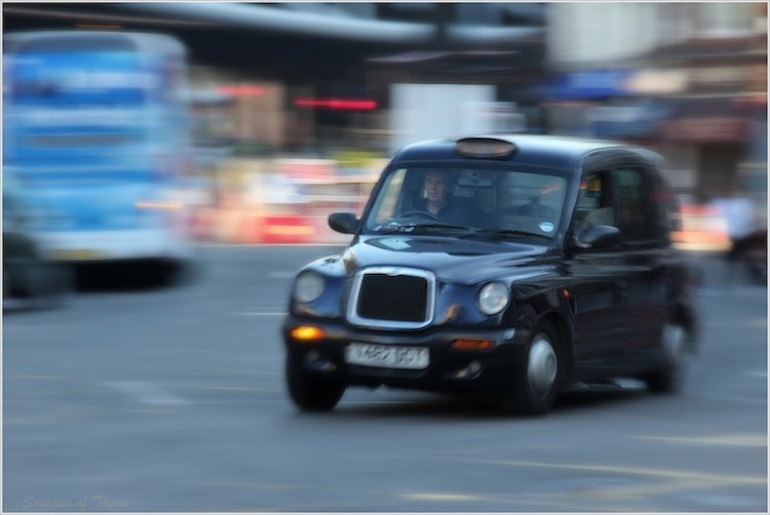 Cars, bikers, and people all whizzed by us.  We were pointed in the direction of the market and within five minutes we were there.


The entire market is scattered underneath railway viaducts and melds an industrial but decidedly chic atmosphere. 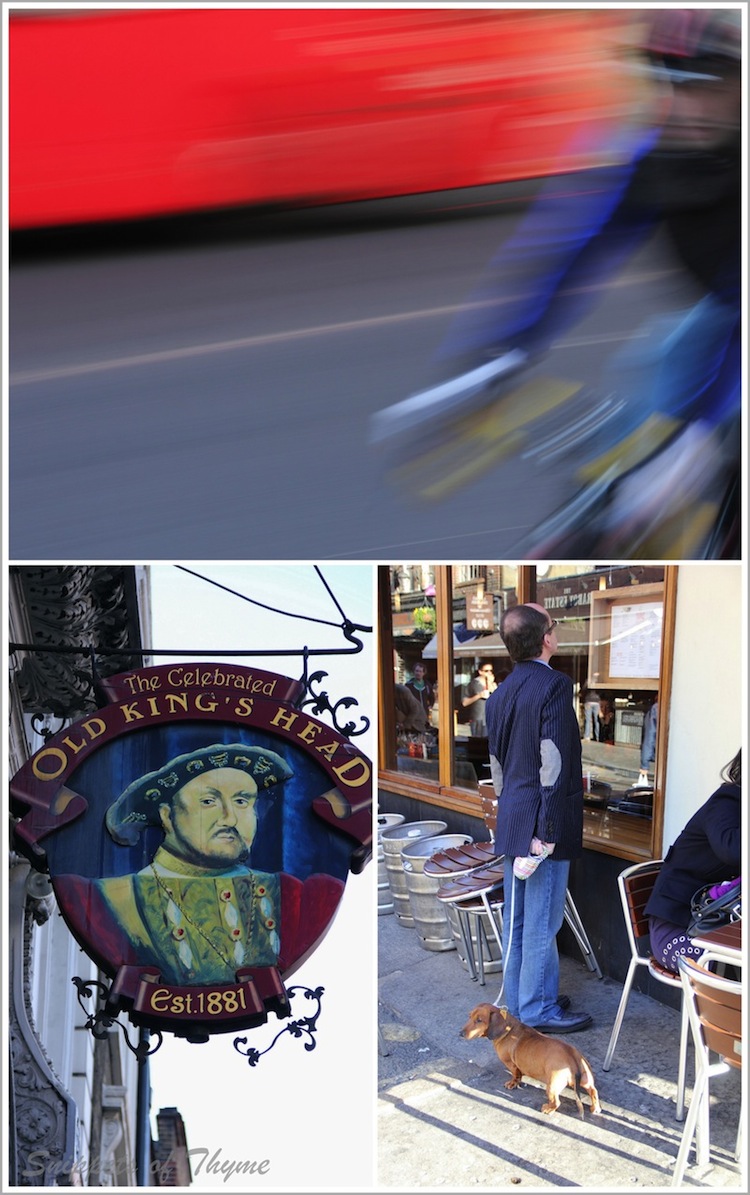 Right away the kids remarked on the London style on the streets.  The pubs had their quaint signs hanging out over the sidewalks.


This man, with his elbow-patched pin strip jacket, strolled along with his little honey-brown dog shuffling at his side. 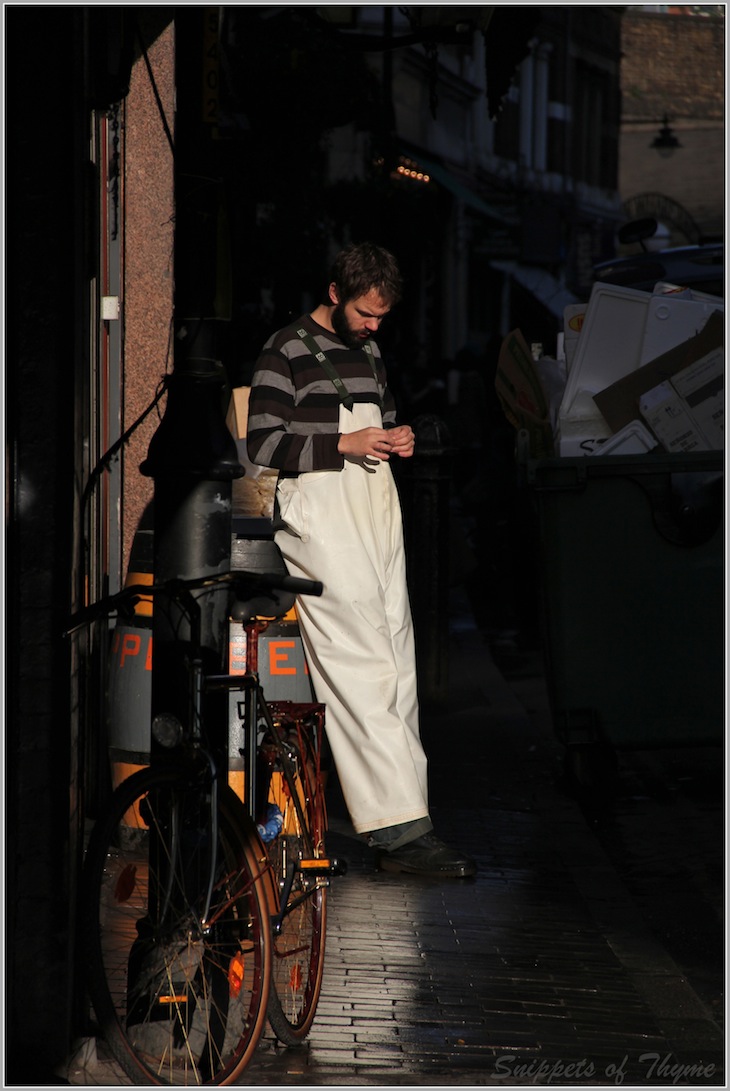 It was only 8:00am and market workers were busy turning out their produce - fish, flowers, fruit, meats, cheeses.  It was an amazing display of commerce and beauty! 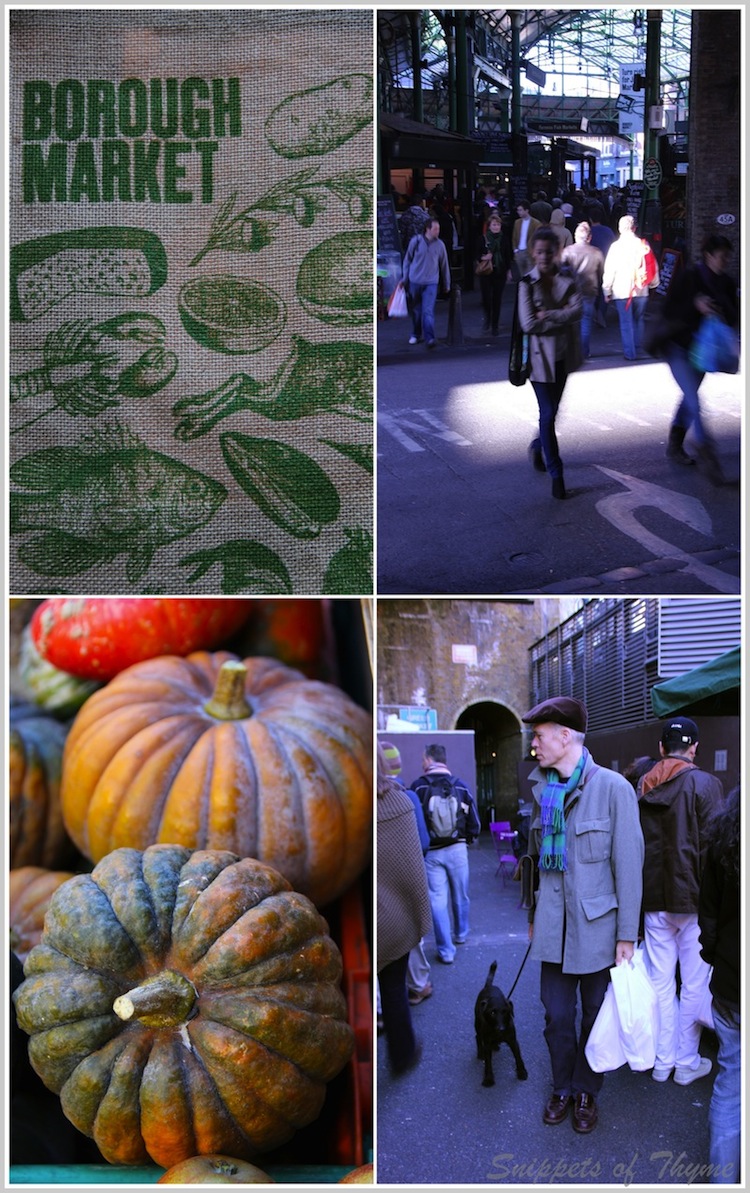 The market is vast.  It is filled with wonderful sounds, smells, and people.  My eyes struggled to take in so many wonderful sights.  Jet lag completely forgotten, we began our weave through this fantastic marketplace. 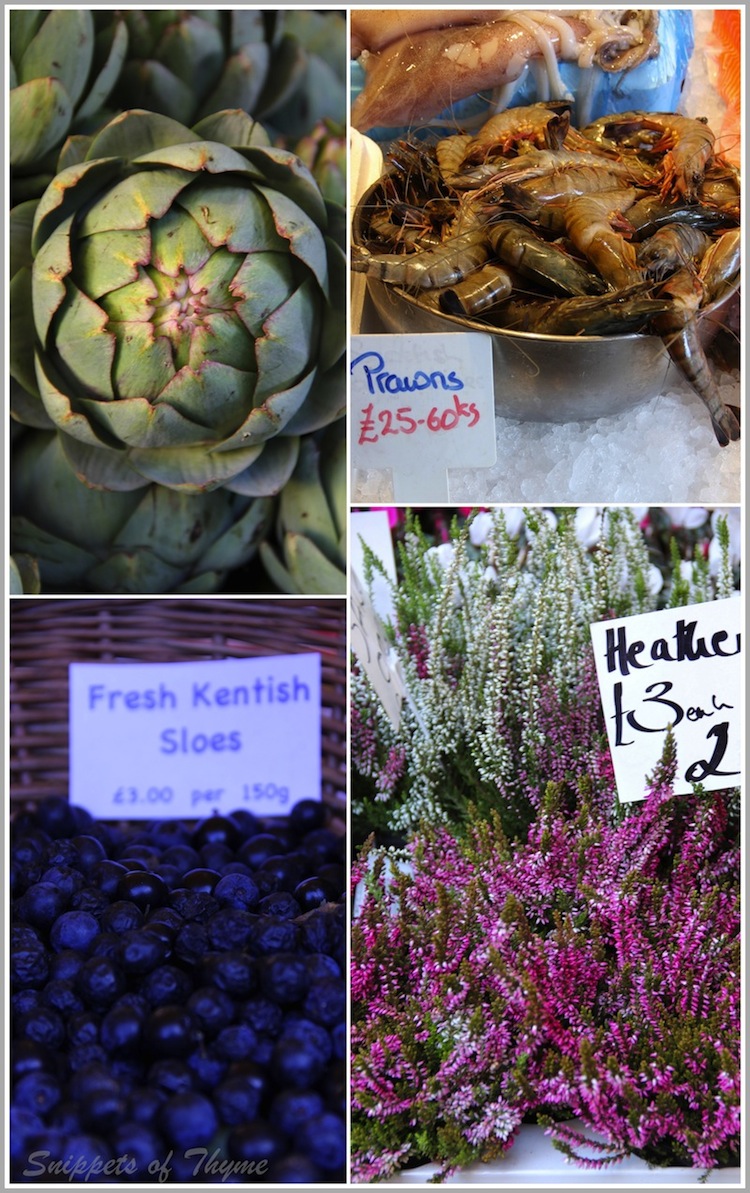 So many items seemed so British to us.  Kentish Sloes?  What are these tiny berries?  Beautiful heather - something we hardly ever see.


Lots of fresh seafood looked like it had just been delivered during the hour. 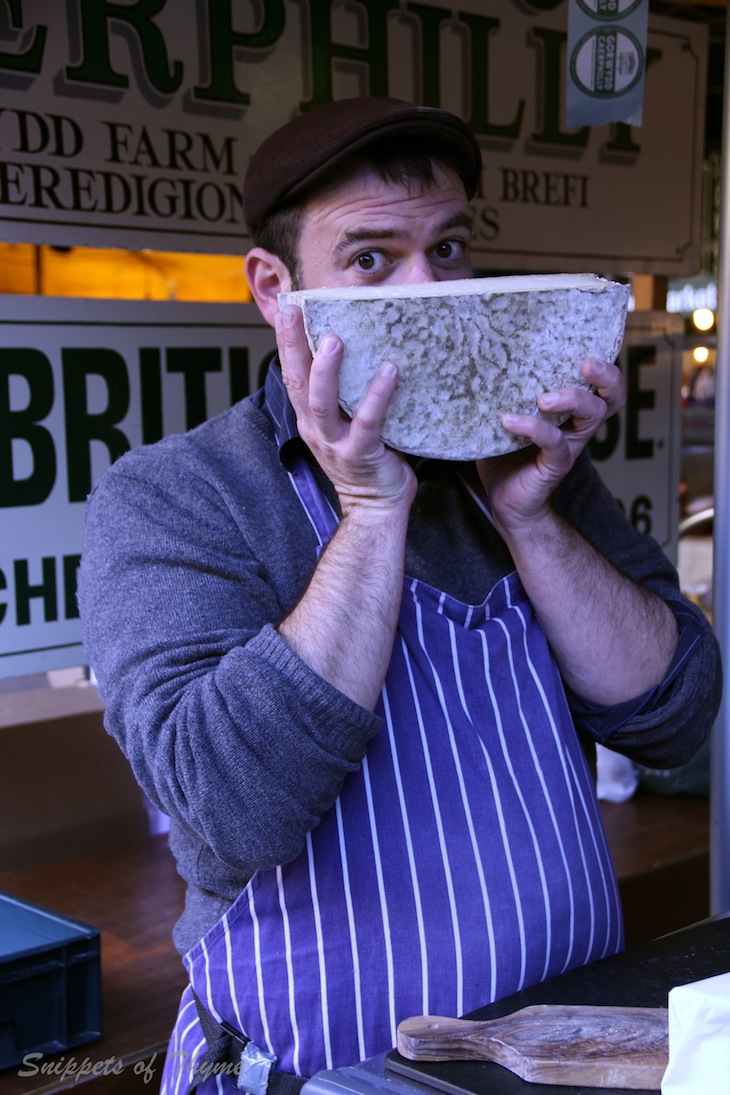 People were so friendly.  This wonderfully chatty man goofed around while cutting sample of his cheeses from Wales. 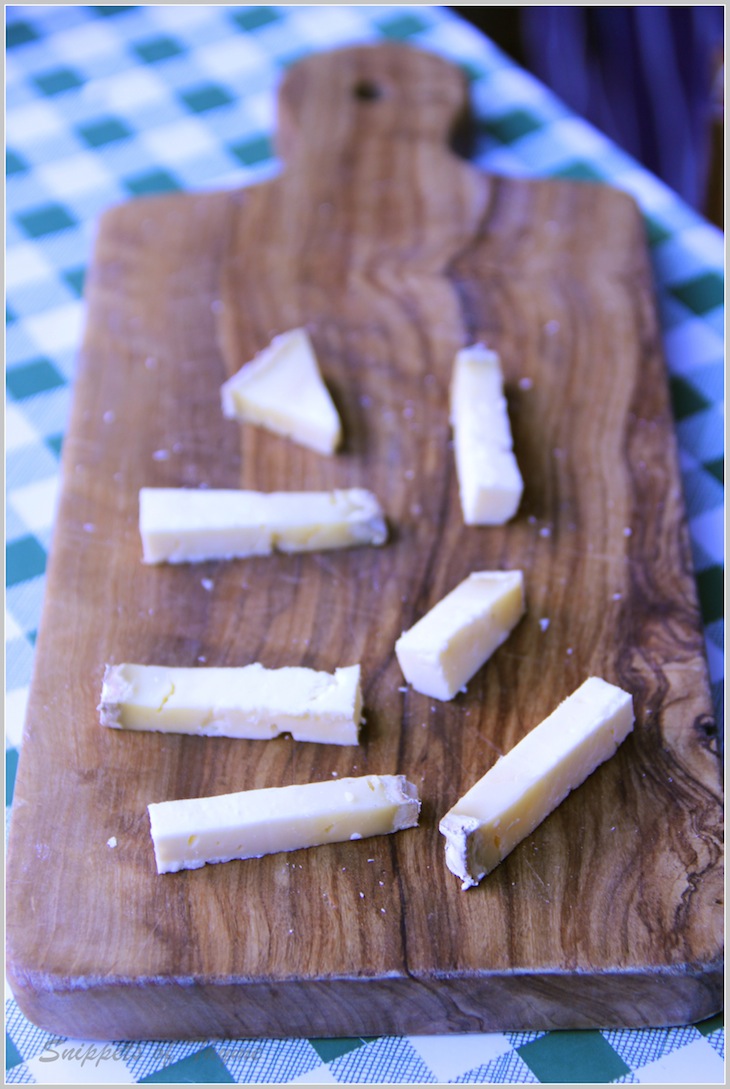 One sight that surprised us was the pumpkins everywhere.  They were smaller and more rustic looking that our American bright orange counterparts.


Items like wild boar and venison pronounced themselves on banners of the many butcher stalls.  Mmmm.  I conjured up thoughts of Beef and Stout Pie. 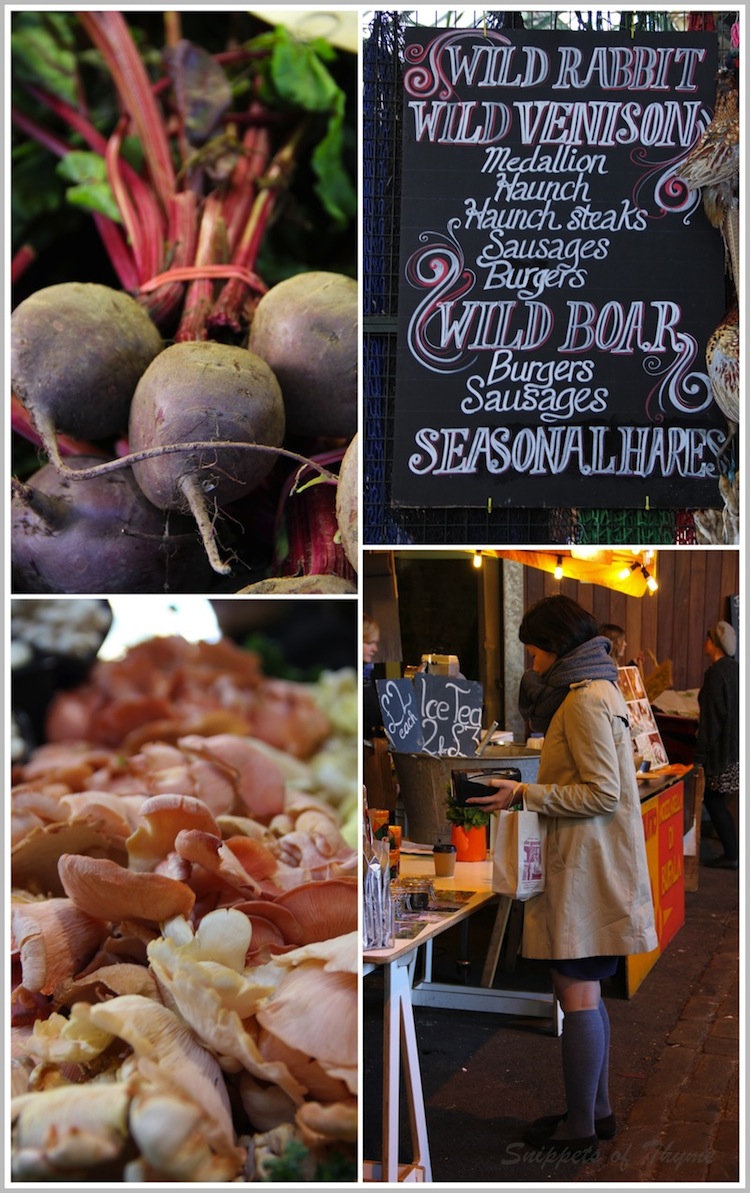 We just couldn't believe our luck with such a beautiful fall morning.  The sky was bright blue, the air brisk and invigorating.


People wrapped themselves in  wonderfully fashionable scarves , tweed caps topped the heads of British men, and all sorts of dogs pranced happily through the market. 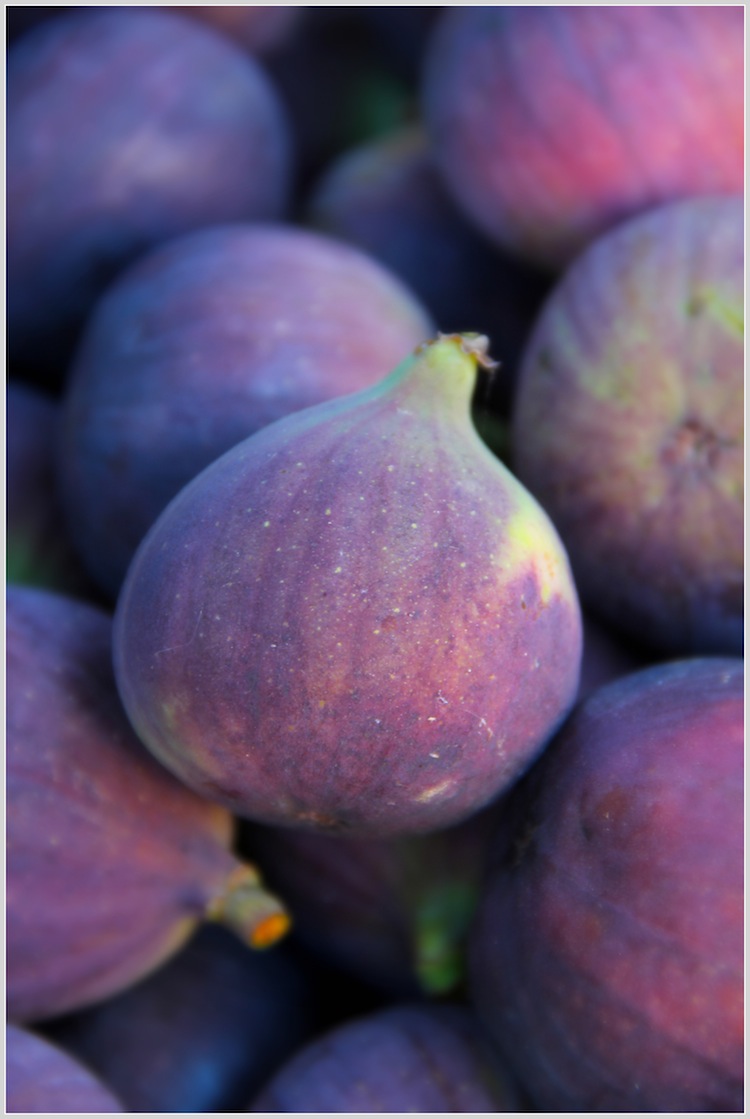 
We sampled these soft pillowy chewy sweets dusted with layers of powdered sugar while thoroughly enjoying these first few hours in London. 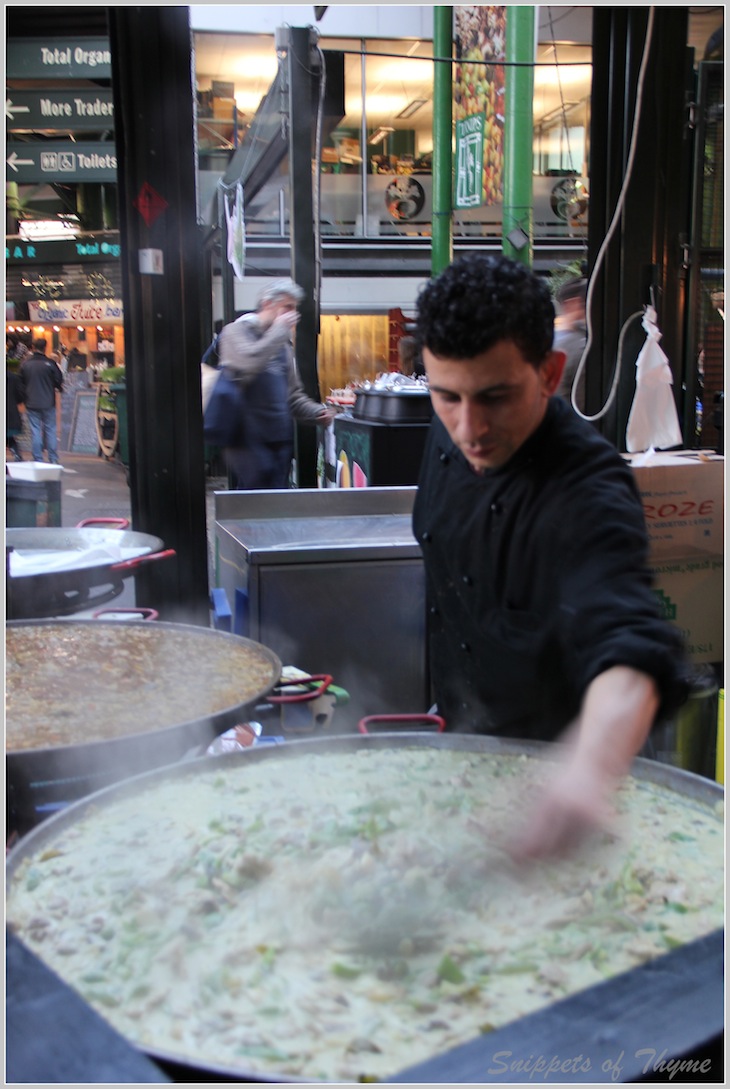 None of us were hungry for any sort of meal yet, but this stall definitely pulled us over to take notice.


Huge pans of simmering and intoxicating smells wafted into the air. The man was busy stirring each one of them in turn and dishing out bowls of delicious curries to eager buyers. What a morning!  What a fantastic start to the day!  We had prepared for a day of rain and possibly a return to the airport if the weather was miserable.  But the crisp fall air and the bright blue sky was such a bonus to this fabulous market pick.


But the day wasn't over by far!  When Patrick and the kids finally dragged me away from the Borough's Market, we moved on to even more delights in the fabulous city of London.


Next up!  Covent Gardens and the 7 Dials Shopping Area


Ingredients:
For the Scones:

For the Spiced Glaze:


Directions:
Preheat the oven to 425 degrees F. Line a baking sheet with
parchment paper; set aside.


In the bowl of a stand mixer fitted with fit the paddle attachment, stir together the flour, sugar, baking powder, salt, cinnamon, nutmeg, cloves and ginger. Add the butter and toss with a fork to coat with the flour mixture. Mix on medium-low speed until the texture resembles coarse cornmeal, with the butter pieces no larger than small peas.


In a separate bowl, whisk together the pumpkin, half-and-half and egg. Fold wet ingredients into dry ingredients, and form the dough into a ball. Pat out dough onto a lightly floured surface and form into a 1-inch thick circle.  Use a large knife to slice the dough just like a pizza making  equal portions.  Place on prepared baking sheet. Bake for 14-16 minutes, or until light brown. Place on wire rack to cool.