The Oregon Coast...Fishing Harbors, Lighthouses, and Scoops of Tillamook 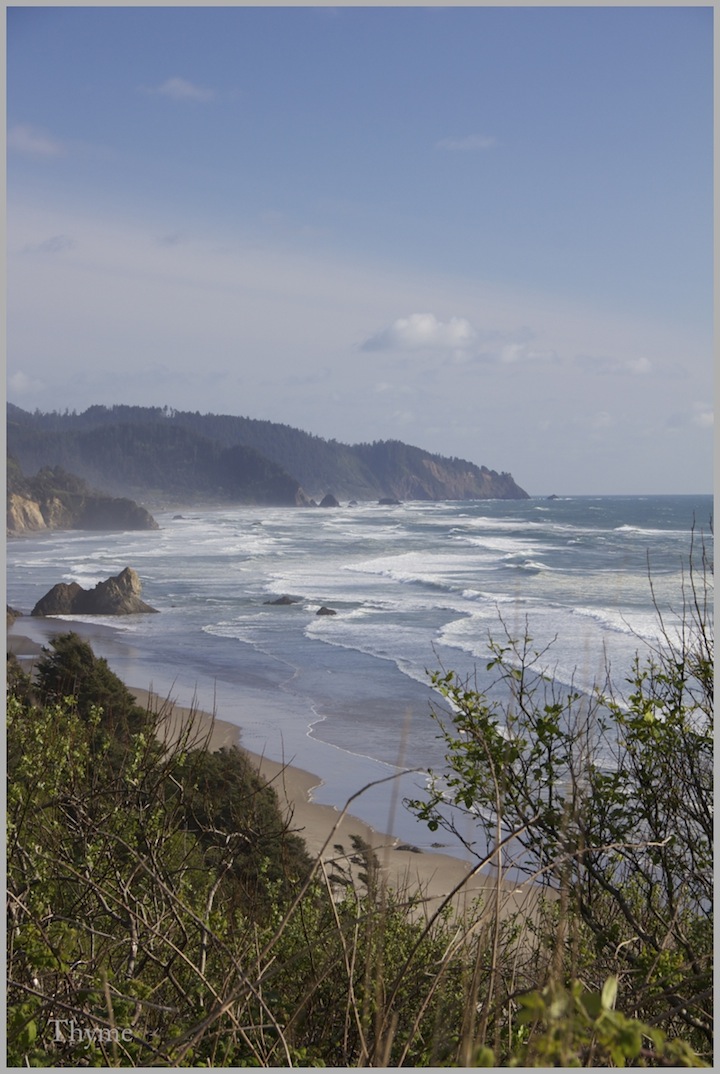 After leaving the fabulous 'Saturday Market' in Portland, meandering through the idyllic Wine Country~ being pampered at Youngberg Hill Inn, and dining at the most charming little french bistro called Bistro Maison...


We were ready for some rugged and wild Oregon Coastline. 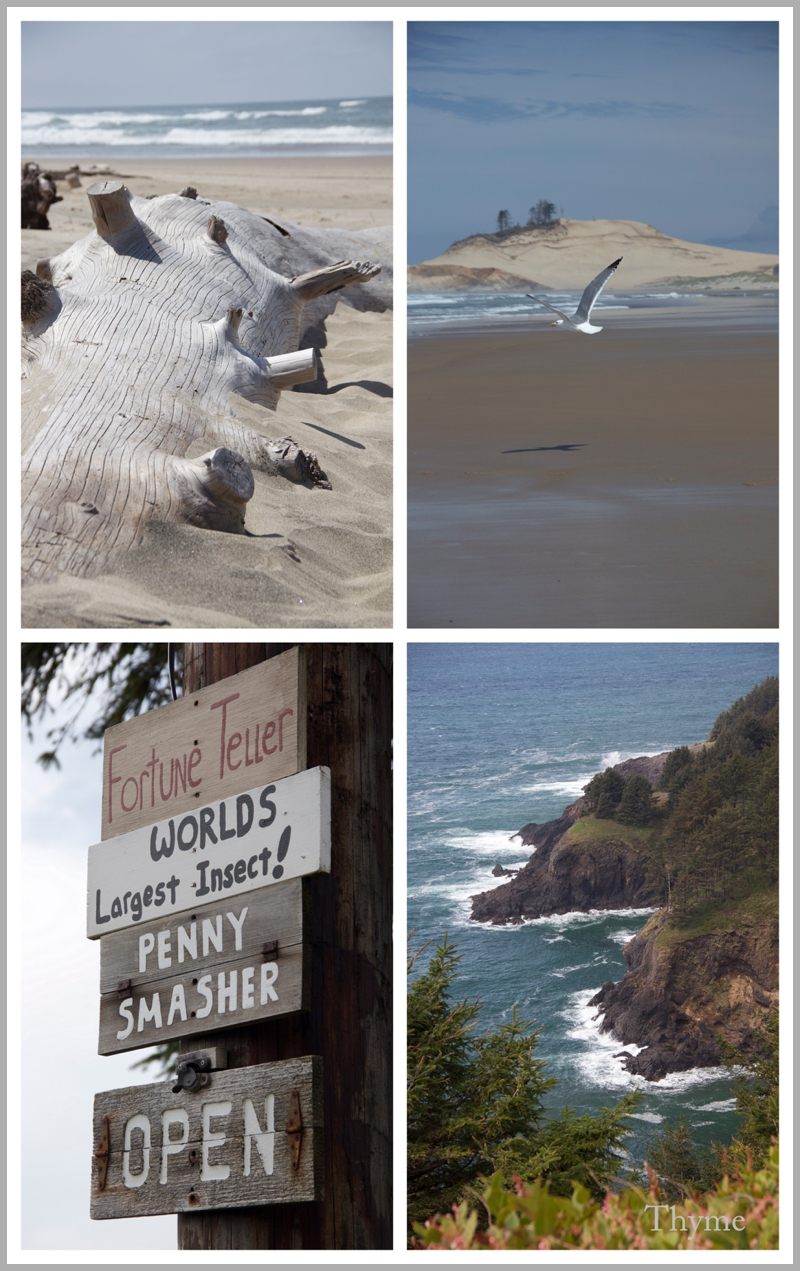 We slipped out of the beautiful Oregon Wine Country and rolled in the windy, hilly, heavily pine tree~filled Rt. 22 heading west to the coastline.


The drive itself was completely unexpected and absolutely lovely.  We were focused on the ocean but realized that we were to enjoy a 'fairy world' drive through the thick forests first. The quiet road curved this way and that.  We went up one hill and down another.


We rolled our windows down to the sound of a gurgling brook alongside the road.  What made a big impression on the four of us were the huge beautiful pine trees.  The pine trees in Oregon make the landscape look like it's Christmas year round. 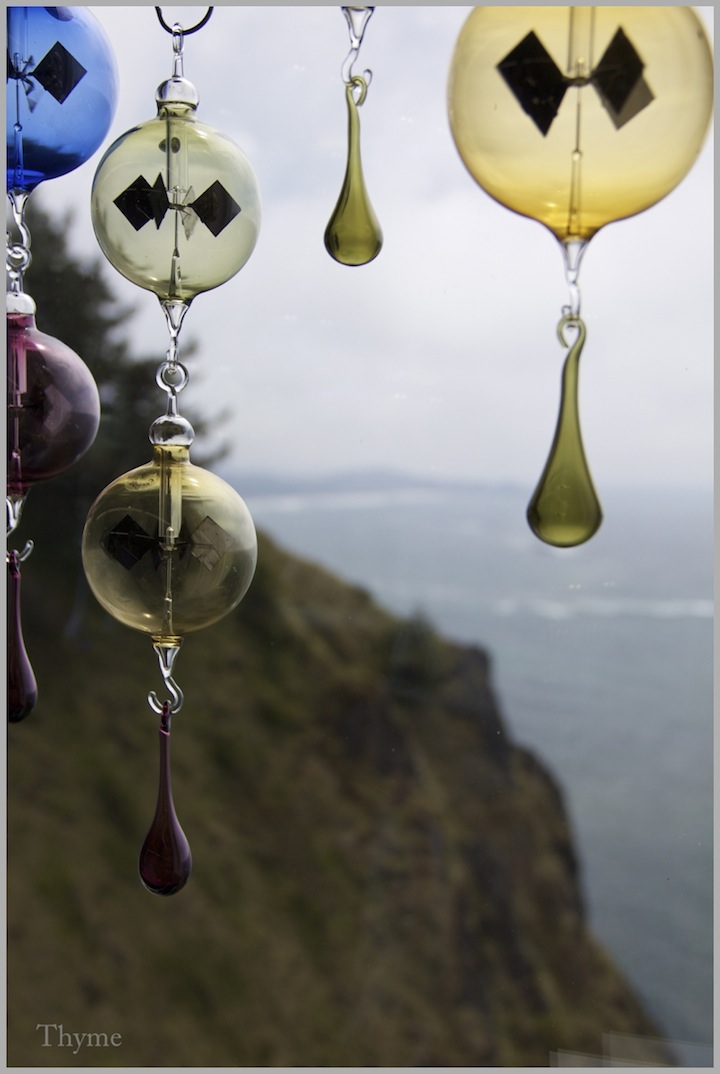 It took merely minutes after we emerged from the piney woods to hear the thunderous roar, taste the sharp, salty air, and squint at the mighty and majestic rolling Pacific Ocean.


We couldn't wait to slide off our shoes and push our way over the dunes and into the icy frigid Pacific water. 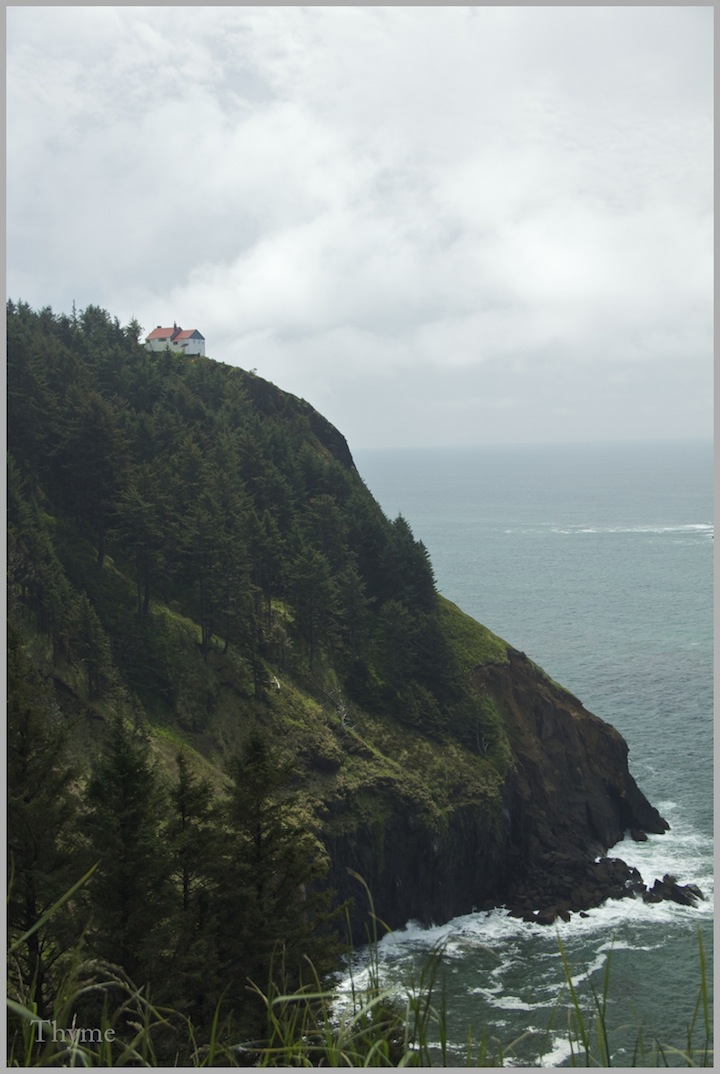 Parts of the Oregon Coast feel so isolated and tempestuous.  We breathed in the cold air deeply knowing we were returning to air heavy with  humidity in TX.


Can you imagine living in that little house (above) on top of that rocky hill when a huge storm blows in?  I would love to see that. 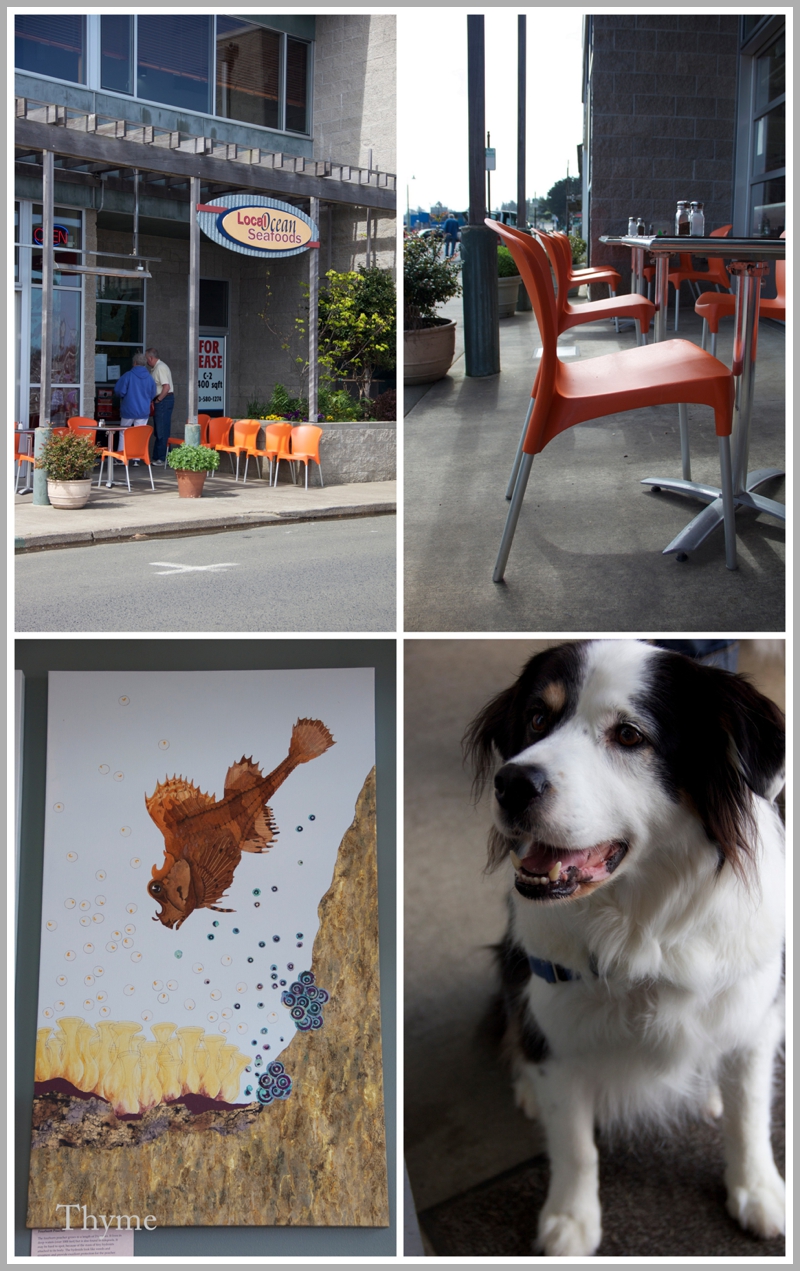 After walking along the sand, we got back in the car and knew the drive along the Pacific Coast Highway 101 was going to be a memorable one.


We slipped off the side of the road at many of the 'viewpoints' and saw one stunning coastline scene after another.


Hungry, and so happy, we rolled into the salty little port town of Newport. 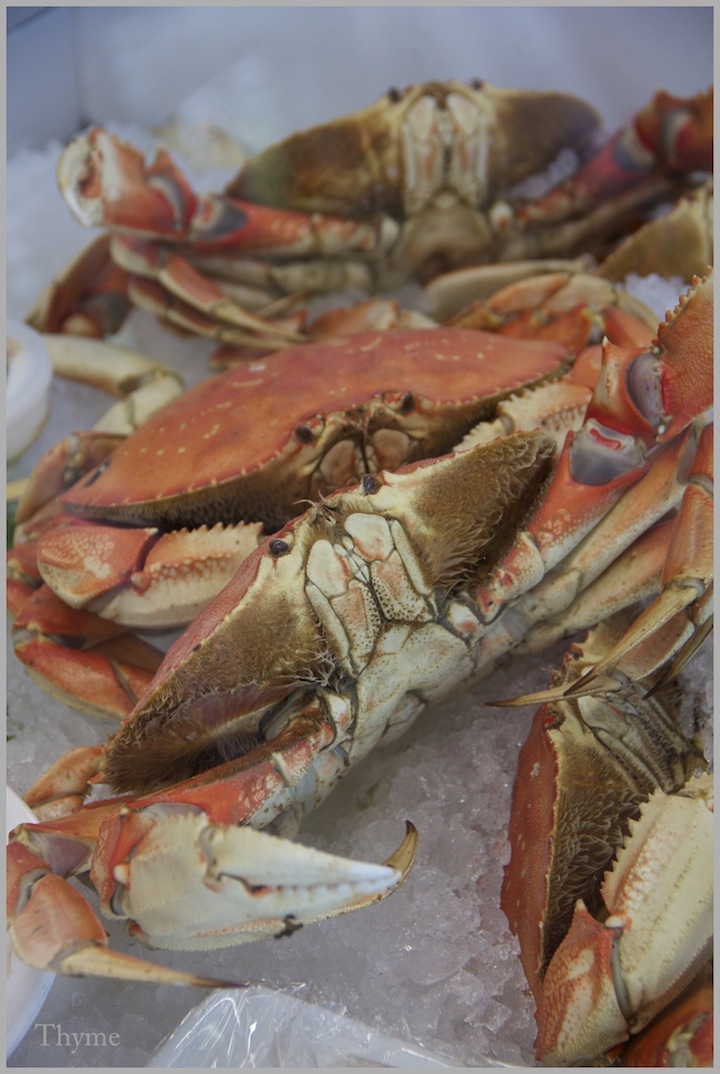 P. has this app. on his i-phone that ranks restaurants in every town in the U.S.  We were sitting in the car looking directly at a fun~looking restaurant called Local Ocean Seafood.


Bingo.  His handy 'app' gave it the most stars in town and listed some wonderful comments.  Yay for i-phone apps!

"What do you want to eat, Madeleine?" I asked her.  "Seafood Chowder...hot, creamy seafood chowder!" she replied. 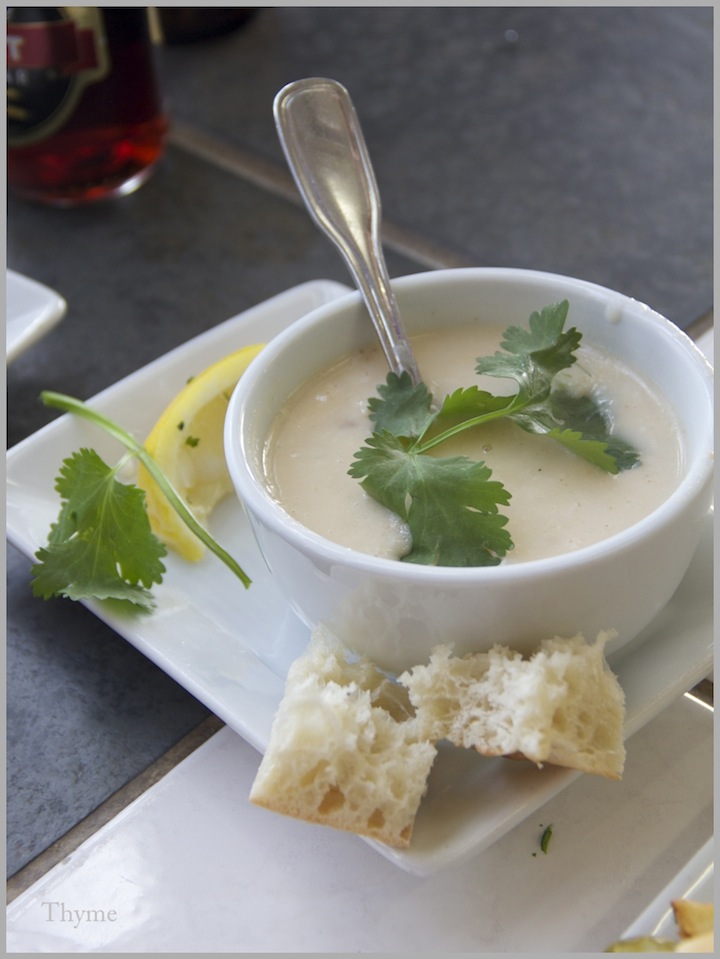 Local Ocean Seafood is a casual restaurant right across the street from the port of Newport.  You can smell the salty air and feel fresh breezes flow into the restaurant from the huge doors that they slide up.


There is an area for 'walk-ins' to buy their fresh seafood 'to go' and in the center of the restaurant is an open kitchen where the chefs can be seen flipping pans over flames and chatting with the locals. 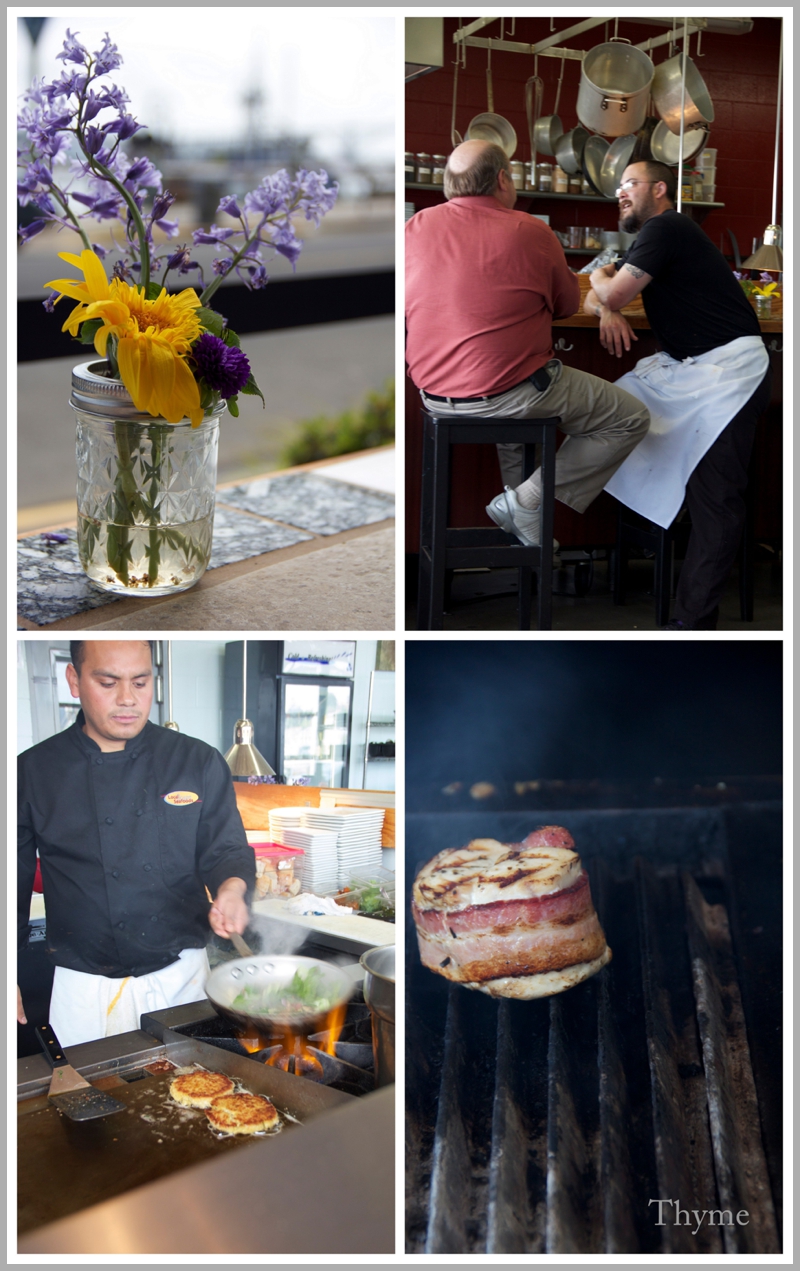 M. and I quickly zeroed in on the 'Roasted Garlic and Dungeness Crab Soup'.  It. was. delicious.  The soup was creamy and garlicky with wonderful bites of crab.


We enjoyed our meal while gazing out the windows at the bustling and colorful harbor across the street. 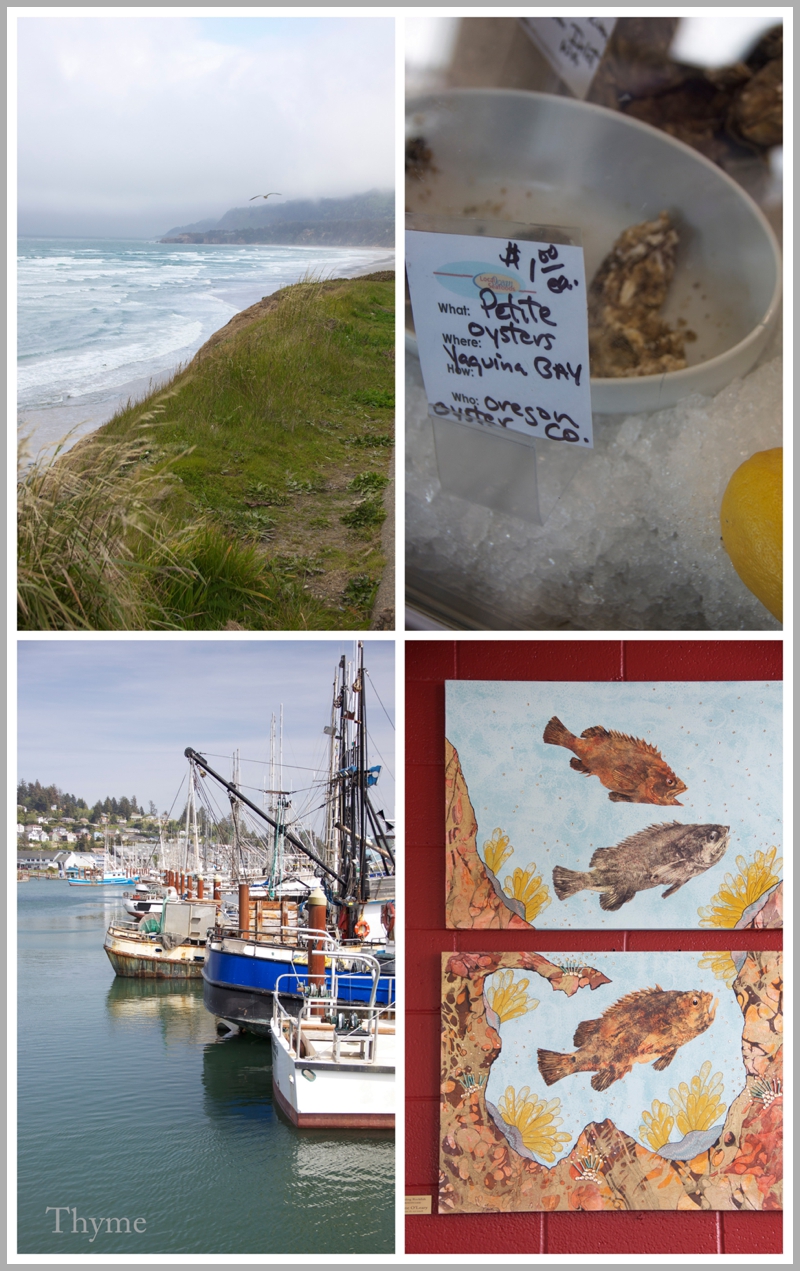 
This is a restaurant made for us and there wasn't much on the menu that didn't appeal to us. 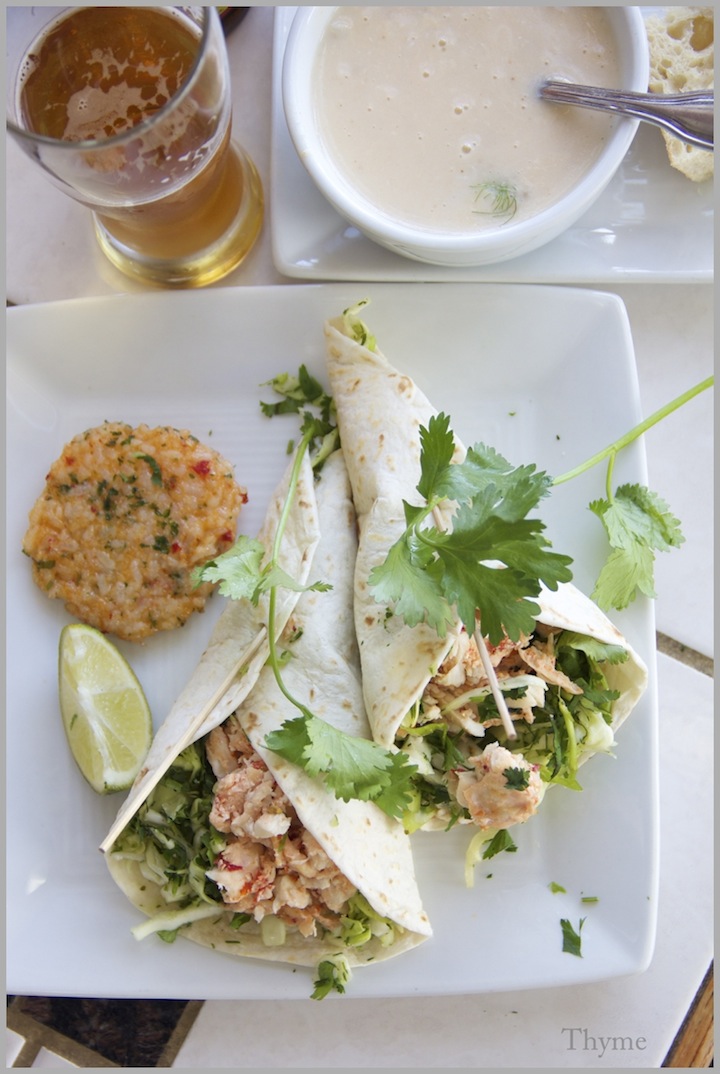 After lunch, we wandered through the port, looking at the huge boats bobbing and lurching in the water.  Birds flapped busily screeching as they launched into the air.  Such strong fish, salt, and ocean smells filled the air.  So different from our every day world.


I remember being in Ireland last year in the little port town of Dingle. The resemblances were striking in so many ways. 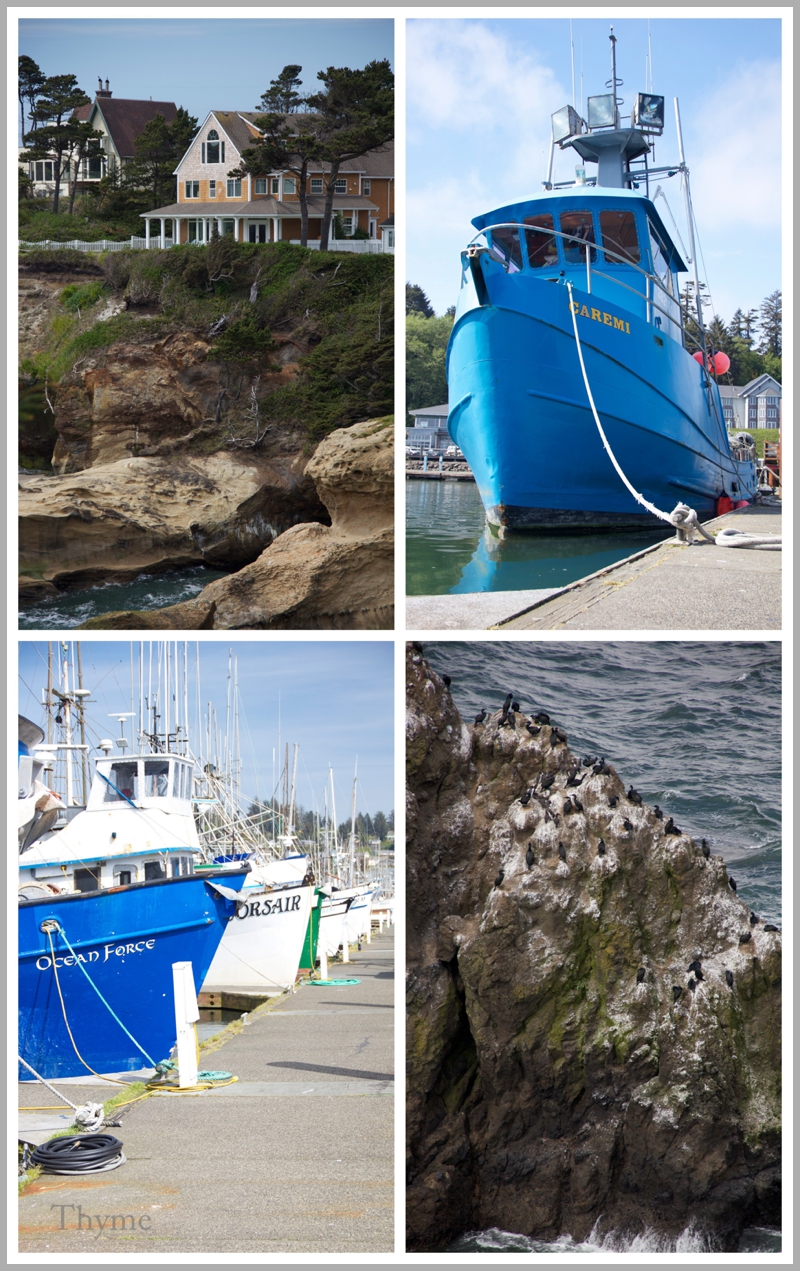 From chatting at the restaurant with the locals, we were told that should definitely drive up and see the Yaquina Head Lighthouse.


Oh, I am so glad we followed local advice.  It is a beautiful lighthouse, overlooking huge rocks jutting from the ocean.


The huge rock formations are the home to thousands of 'common mure' birds.  It was truly an awesome sight to see and hear them out there in their world. 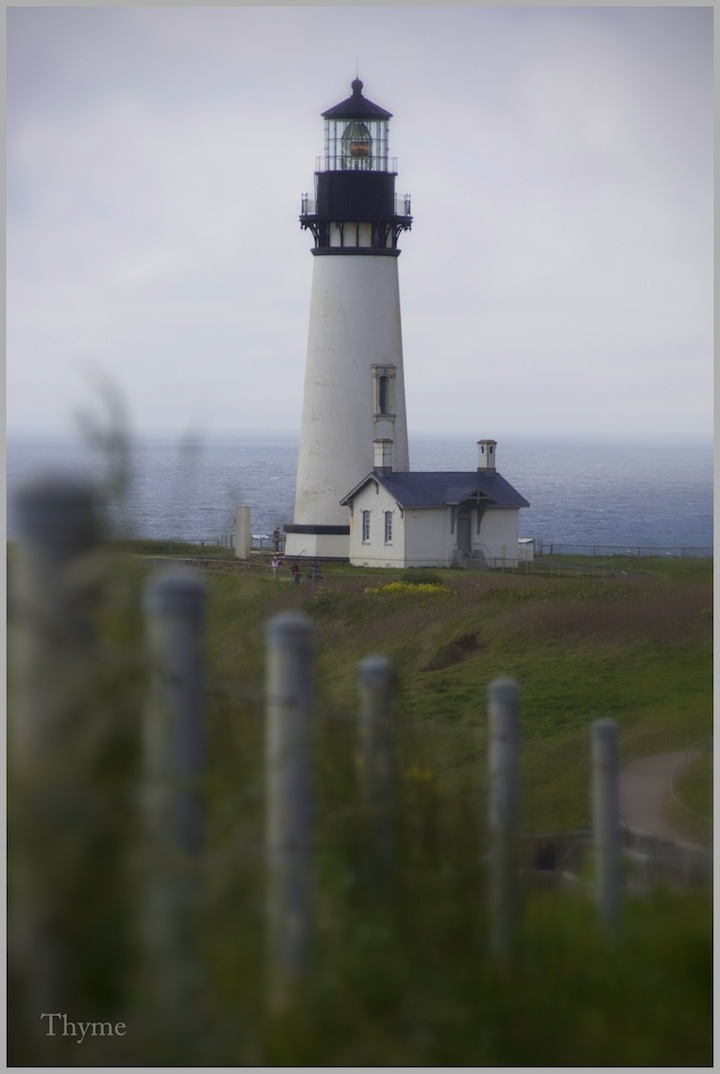 It was time to meander our way all along the Oregon coast and head back to Seattle for our flight home.


Of course, we all had been told about the necessity of making a stop at the Tillamook Factory.


The Tillamook Factory is "Home of Tillamook Cheese and a Feast for the Senses" as it proudly states on their sign. 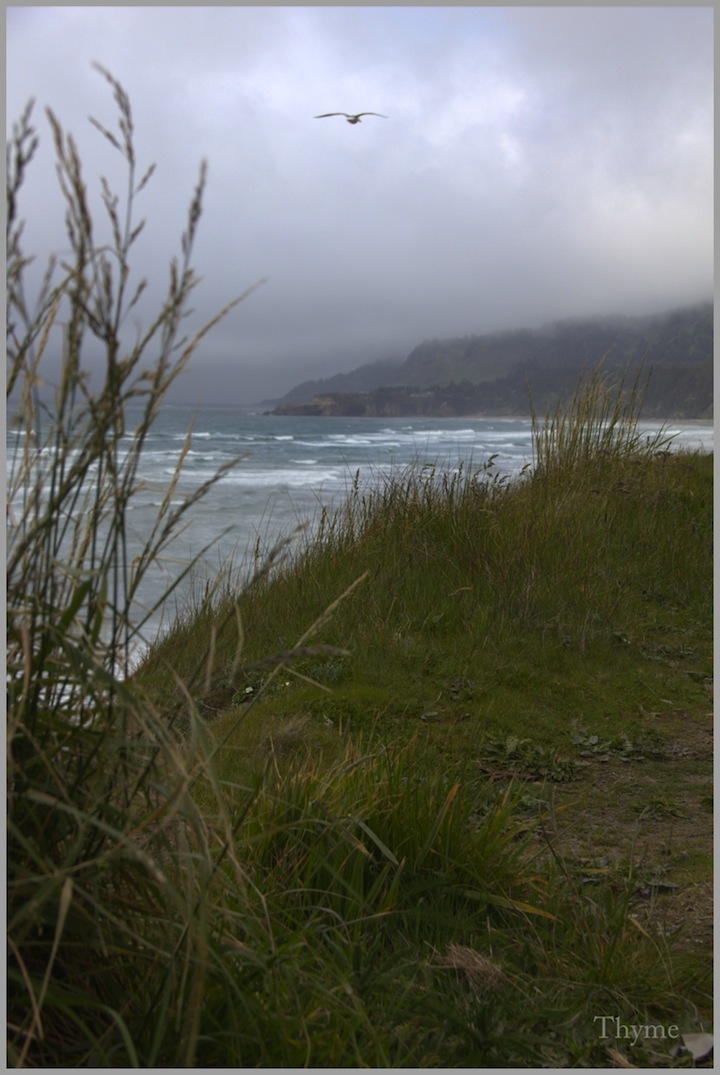 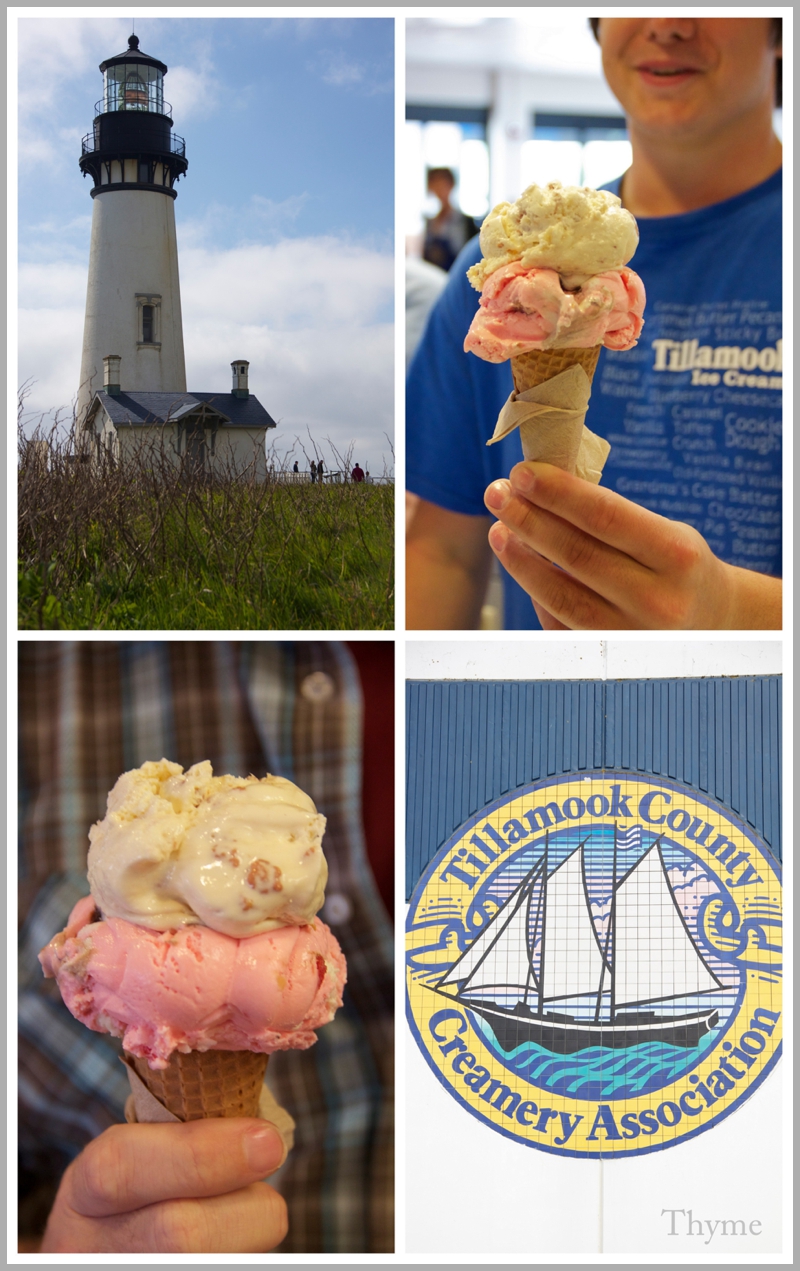 We enjoyed the utterly gorgeous views while driving along the Oregon coastline and then into the Washington state coastline up to Seattle.


We're fortunate that we have family living in Portland and will need to make as many excuses as possible to enjoy their beautiful state.


We left our tiny marks in the sand of the Oregon beaches but Oregon sure does leave big marks on our hearts and minds. 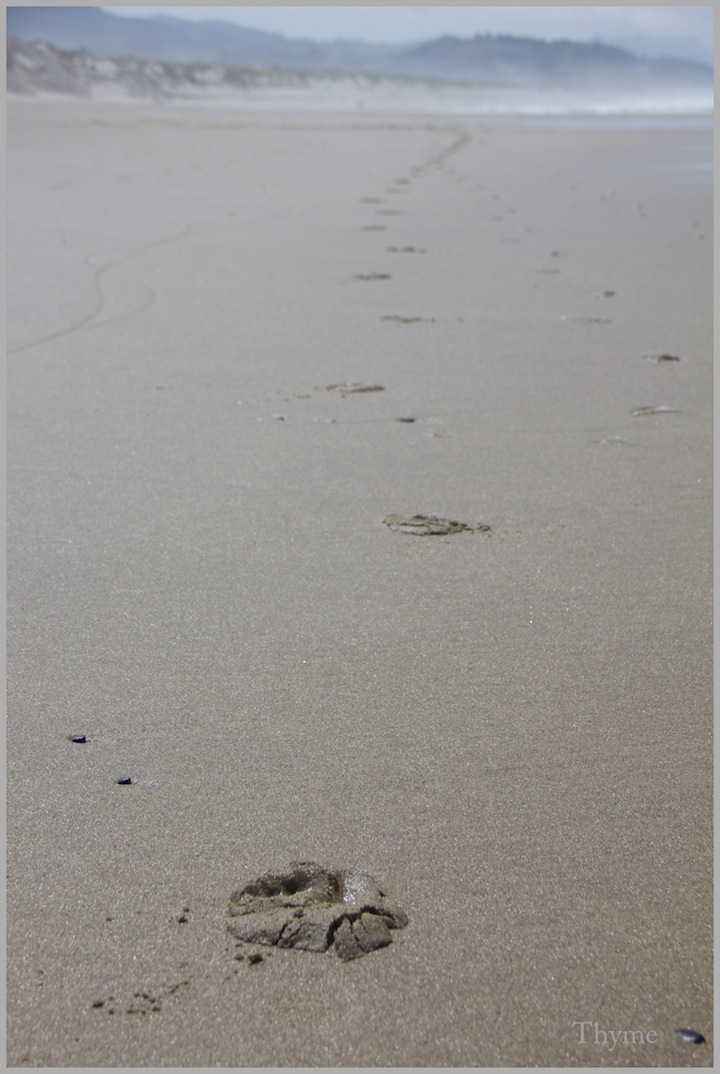