While writing the last article, I had many of the world's recent cacophony  tumbling around my mind.  Little did I know, the hate and violence that is occurring in parts of the world would rear its ugly hands all the way to
our world,
my world,
my daughter's world.

Yes.  The events of discord unfurling in the world reached down to our little corner as well. 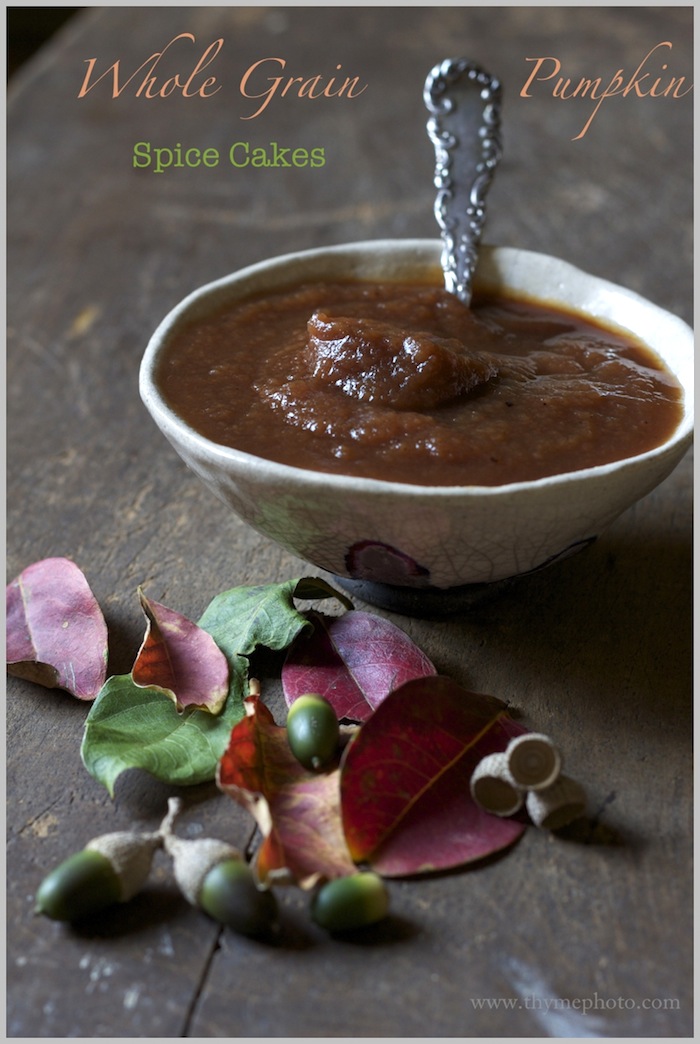 Last Friday I received a text from my daughter that said, "Mom, I'm o.k., in car heading out of town.  Bomb threat campus-wide evac. Will text soon."

I immediately realized that this could be possibly related to global events.  I remained calm.  I become eerily calm in situations that induce panic.  I am grateful for that tendency.

The entire campus was on a complete evacuation.  Students were told to get as far away from campus as possible.
Every building.
Every dorm.
Every street...was to be evacuated immediately.

Multiple bombs were supposedly planted in numerous locations all over the sprawling campus.

"Was this a hoax?"  I wondered as my fingers shot off rapidfire texts to my husband. 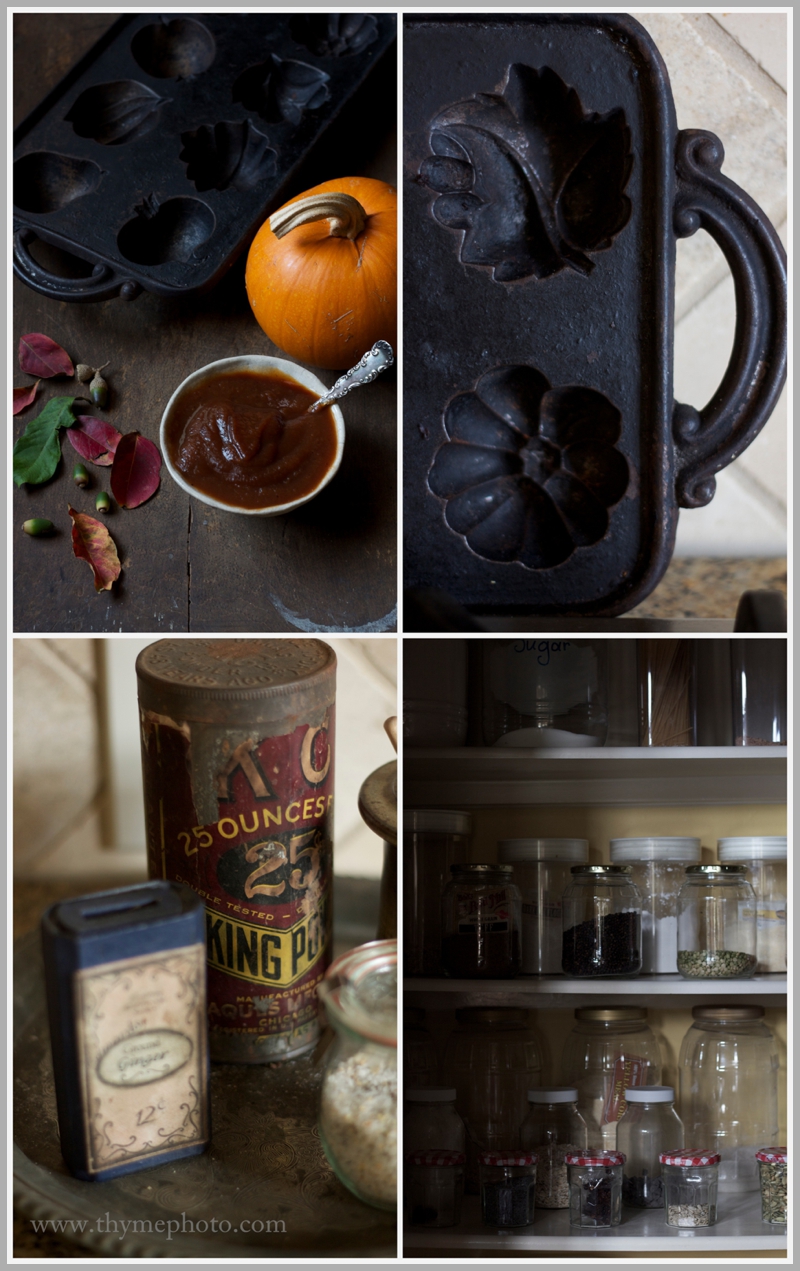 But before this succession of thoughts filed into my mind, it surprised and slightly irritated me that my very FIRST inclination was to wonder...

Yes.  Indeed.  I admit it. This was my very first thought in response to this text. Typical mother's thoughts in a very atypical situation.  Wearing a seatbelt (or not) was much easier to process at that moment than multiple bombs planted all over the college campus about to be detonated.

Such is reality when the news around you hits home and the magnitude of it is difficult to grasp and nothing short of surreal. 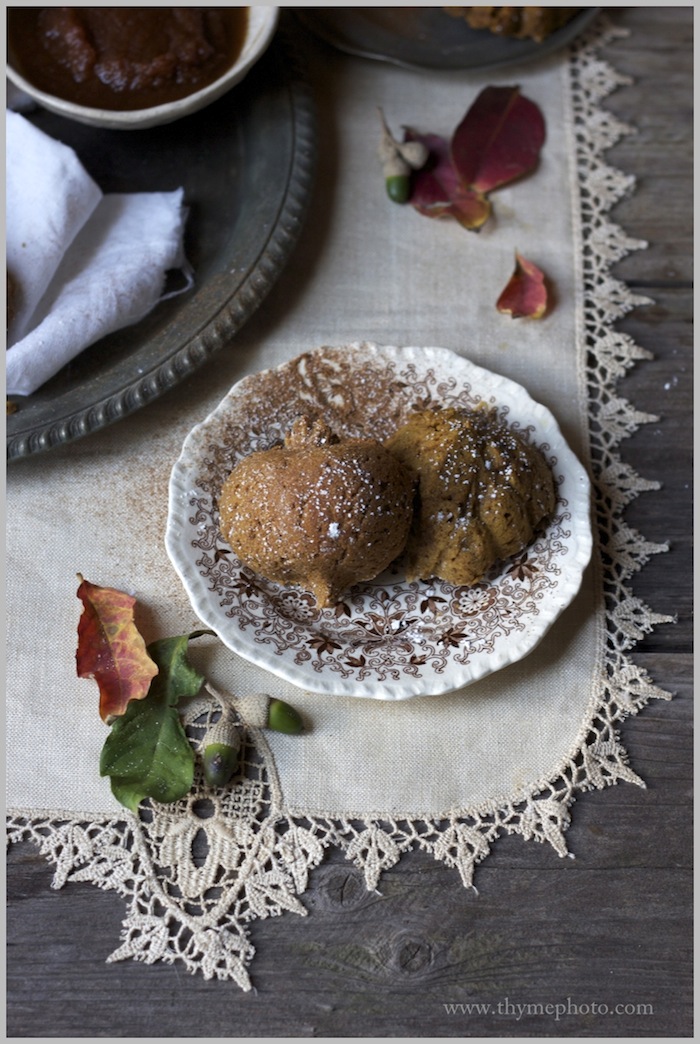 All ended well on Friday.  50,000 students were safely evacuated off of a sprawling campus, throwing the city streets into complete gridlock for hours afterwards.

My daughter spent the day in a safe place, with students representing 5 other nationalities. 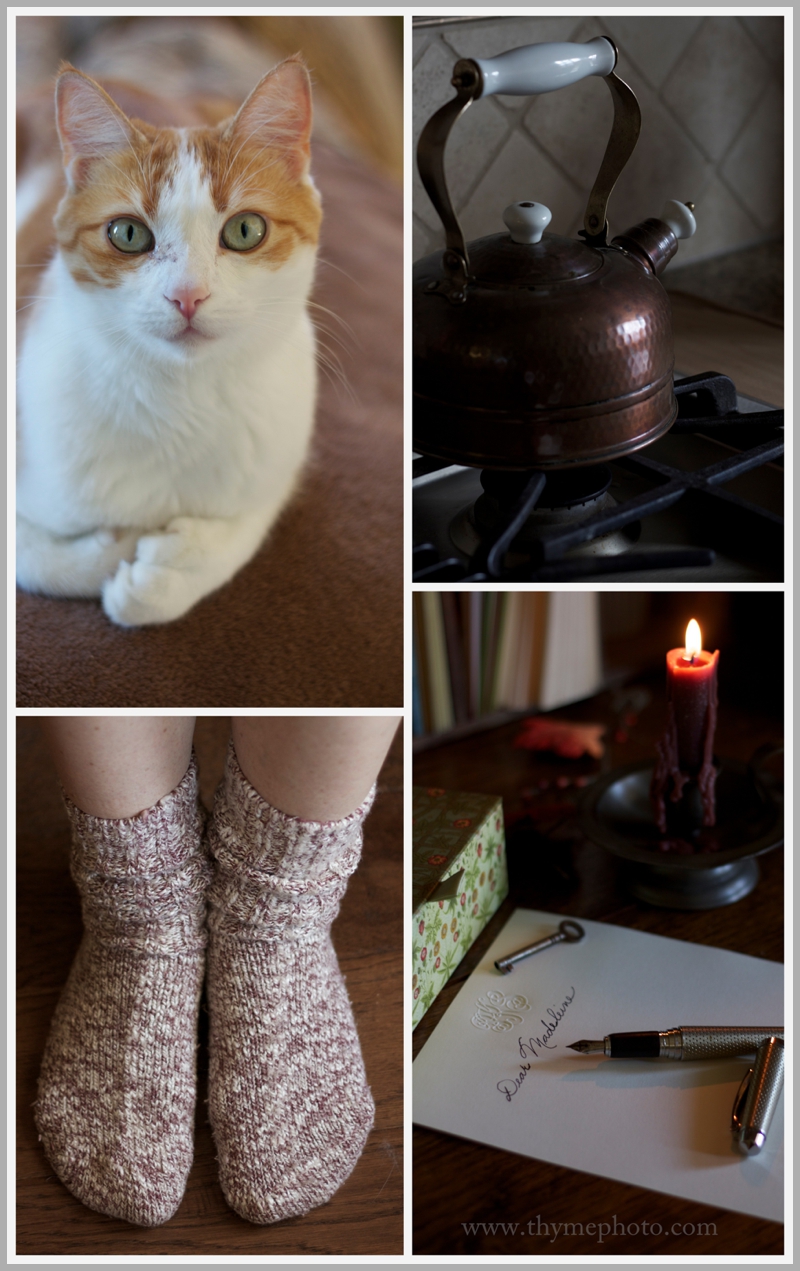 We decidedly thought, after the emotional jolt of the day, that over the weekend, we would organize the first official "college care package" to send to our daughter.

She adores fall.  So do I.  The earth changes so dramatically in smells with the falling leaves, the rolling winds, and the soaking rains. Last year around this time, we were fluttering from one college campus to another at the beginning of the college decision making process. 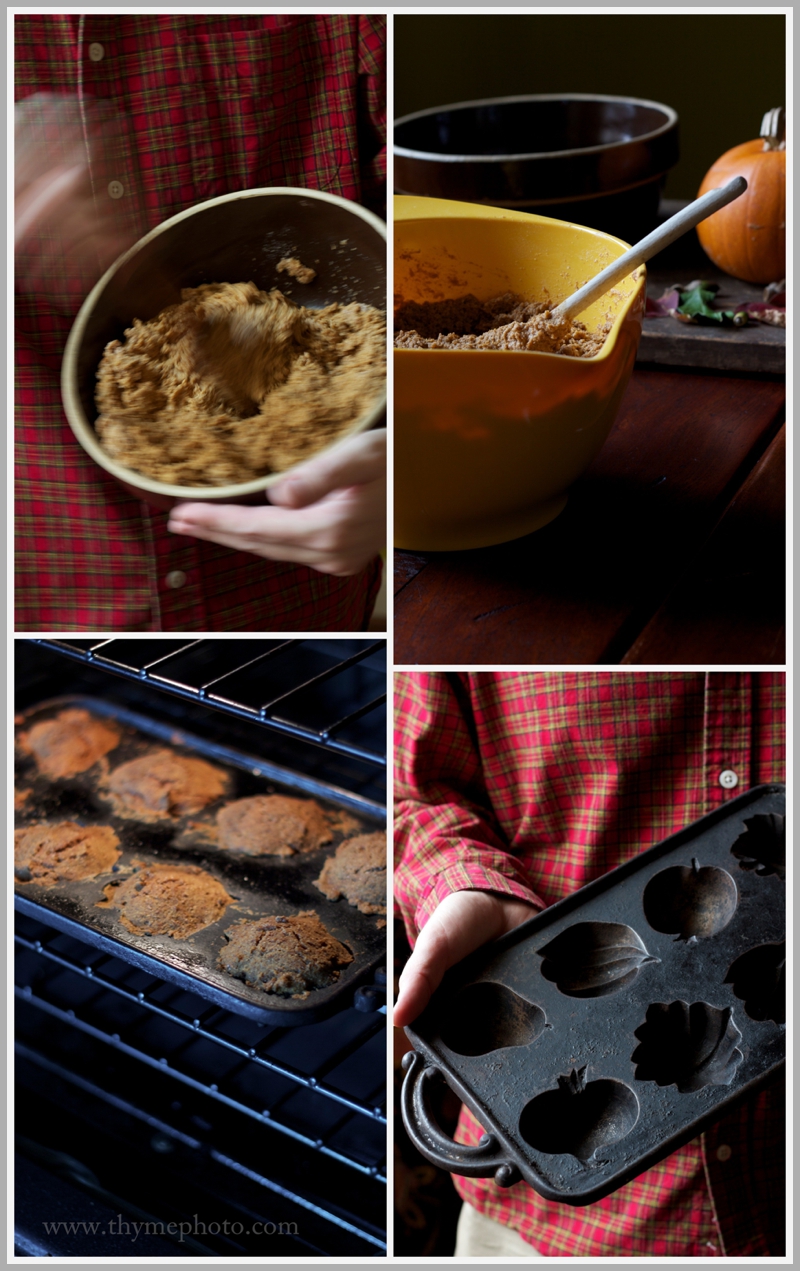 The leaves were turning color, the air was getting crisp, and we wrapped ourselves up in mitts, caps, and scarves and drove through many lovely hills from one college campus to another.

For breakfast one morning, we stopped at an adorable restaurant that caught our eye in passing.  It ended up being warm and toasty inside and specialized in all sorts of coffee beans from around the world. 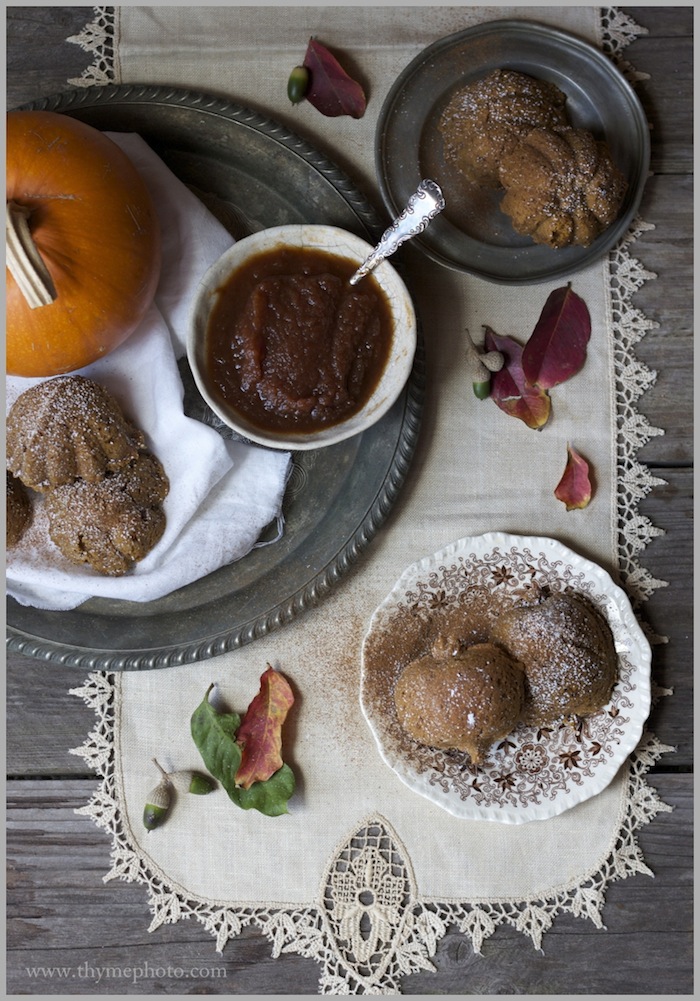 Madeleine ordered a whole grain spice muffin.  She loved it and mentioned that muffin several times during the rest of the trip.

So...we "pinterest'ed" around and came up with these "Whole Grain Pumpkin Spiced Cakes"  They happen to be made with whole foods, dairy free, and vegan too! 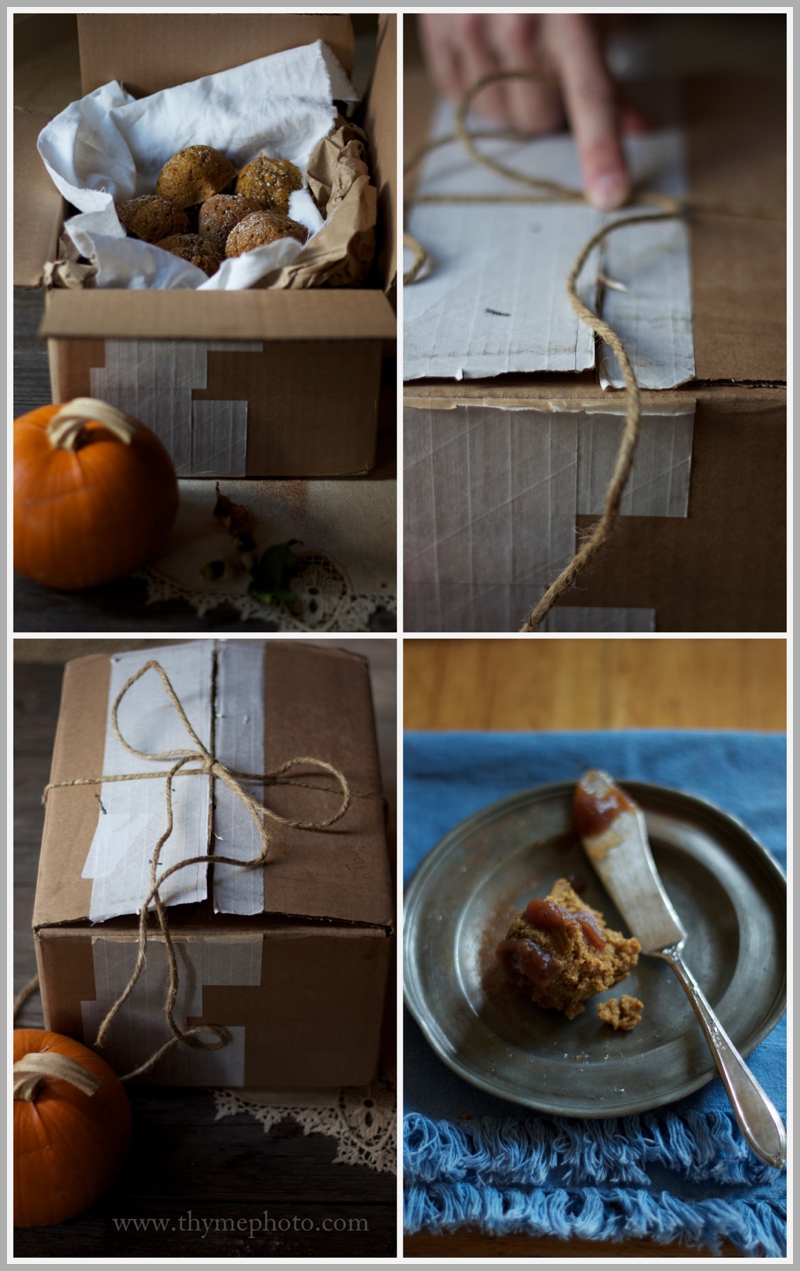 Making these little cakes was a sensory delight.  Pumpkin, cinnamon, nutmeg, coconut milk, and cloves being stirred together, all created such tickling scents of autumn.

The whole wheat flour gave these spice cakes a dense texture and a beautiful dark color.  And the scent baking in the oven!  It can easily be imagined! 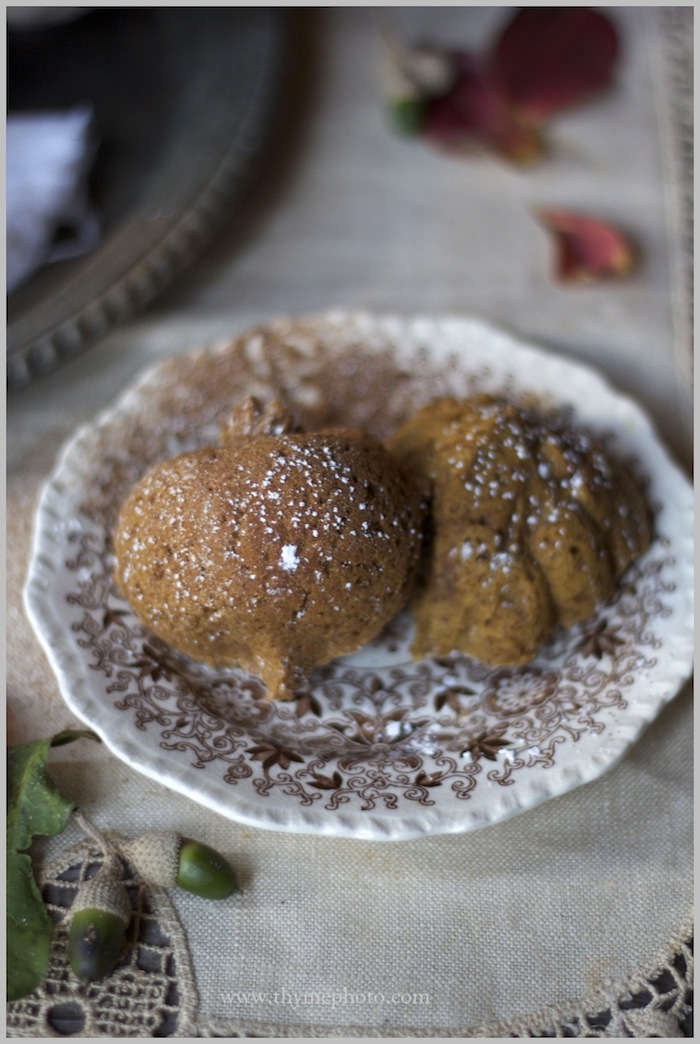 So a care package is arranged.  A trip to the post office will occur.  Enough spice cakes are en route to share with all of the new friends that bonded in that one day....when a campus of 50,000 fled in terse panic, wondering if the hate that filled our lives on September 11, 2001, would once again engulf us in continued violence, suffering, and pain.

My heart goes out to all of the kids attending college who are worried that fingers will be pointed at them, glances of suspicion will be sent their way, and whispers of malice will be unfurled before long.

So, this care package will be opened, shared, and enjoyed by all those newly developed friends...who hopefully will move forward and change this world for the better.

We believe in the integrity, ability to love not hate, and resilience of humankind.  Hopefully, there is a solution to the mistakes made in the past and being made in the present that can pave the ways for diplomacy, peace, and renewed tolerance for the many faiths that should and can peacefully occupy this planet Earth. 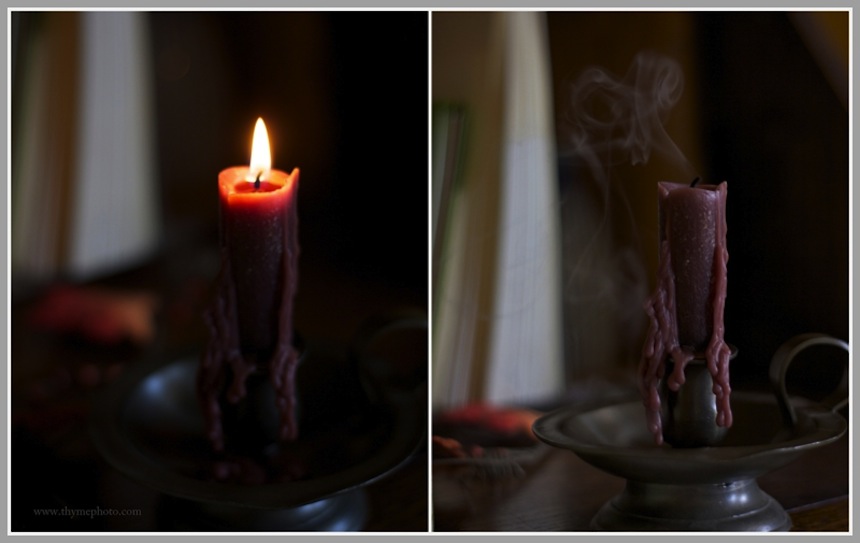 In another bowl, mix together pumpkin puree, applesauce, olive oil and milk.