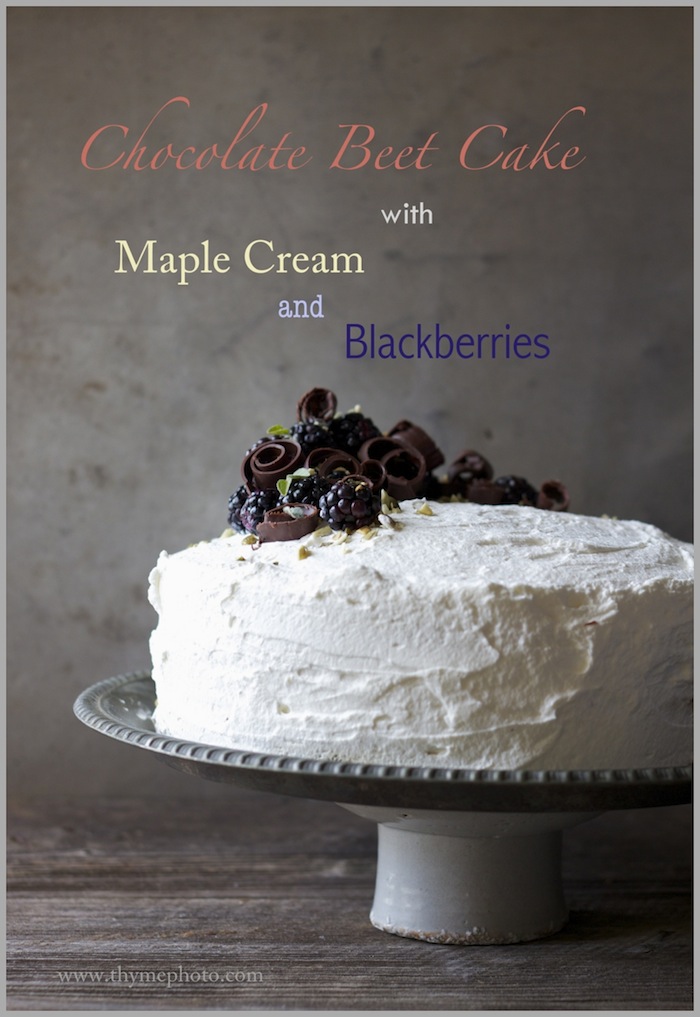 Yes, this is the cake my son picked out for his birthday.  I have this cookbook of very simple but delicious cakes.  Once my children were old enough to form their own opinions, they moved away from the sugar coated ooey-gooey cakes to more subtle flavored birthday options with hints of sweetness and spice. 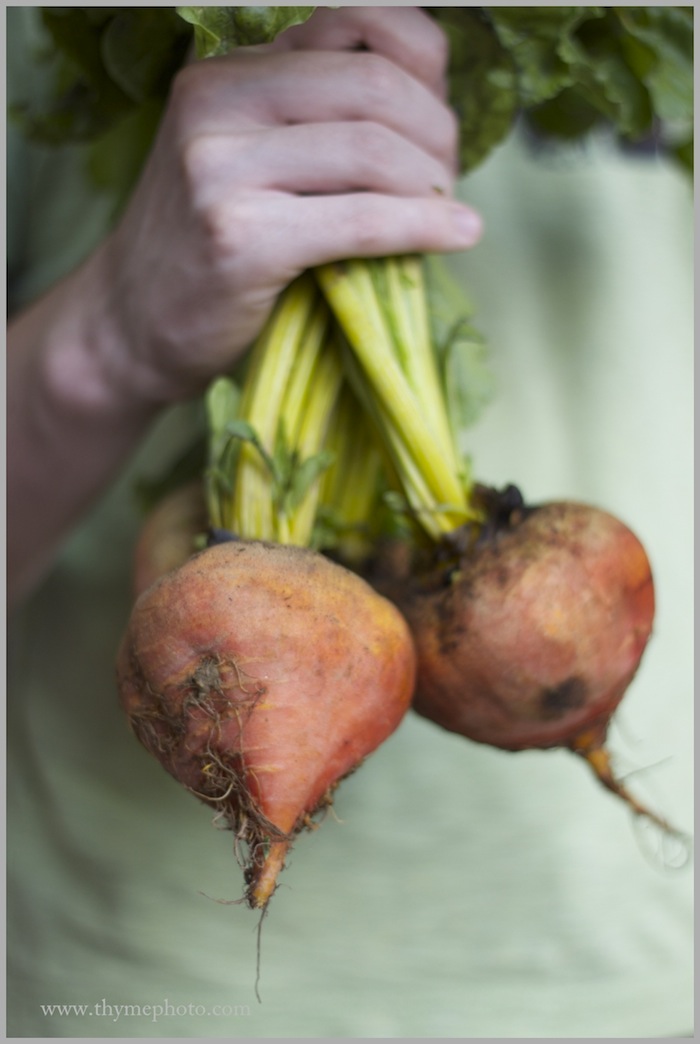 I decided to take this recipe and swap out the cake portion with a recipe I saw recently on the blog "Simple Bites".  The cake is made with part whole wheat flour.  Instead of cups of sugar...beets, honey, and maple syrup are used as the sweeteners.

To be truthful, as I was grating mounds of beets and their earthy aroma filled the air, I certainly had my doubts. "Could I really pass this off with a 16 yr. old?  Was it going to taste too 'au naturel'?" 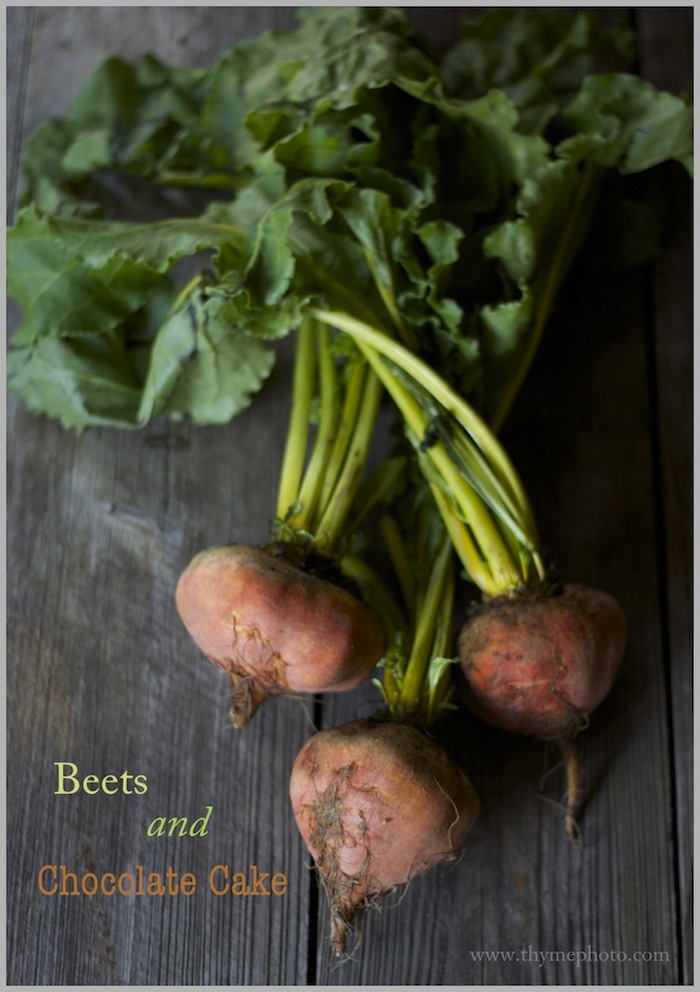 Before I delve further into whether this cake passed the "birthday level" cake test, I have to say a warm thank you to all of the wonderful people who give me such encouragement with my ongoing question of whether or not to continue on our homeschooling path.

The inspiration and acceptance of a diverse way of educating our unique children truly amazes me.  I am truly grateful to the many parents around the world who lend an ear and reach out to let me know "It's going to be o.k.  Your son will indeed turn out o.k." 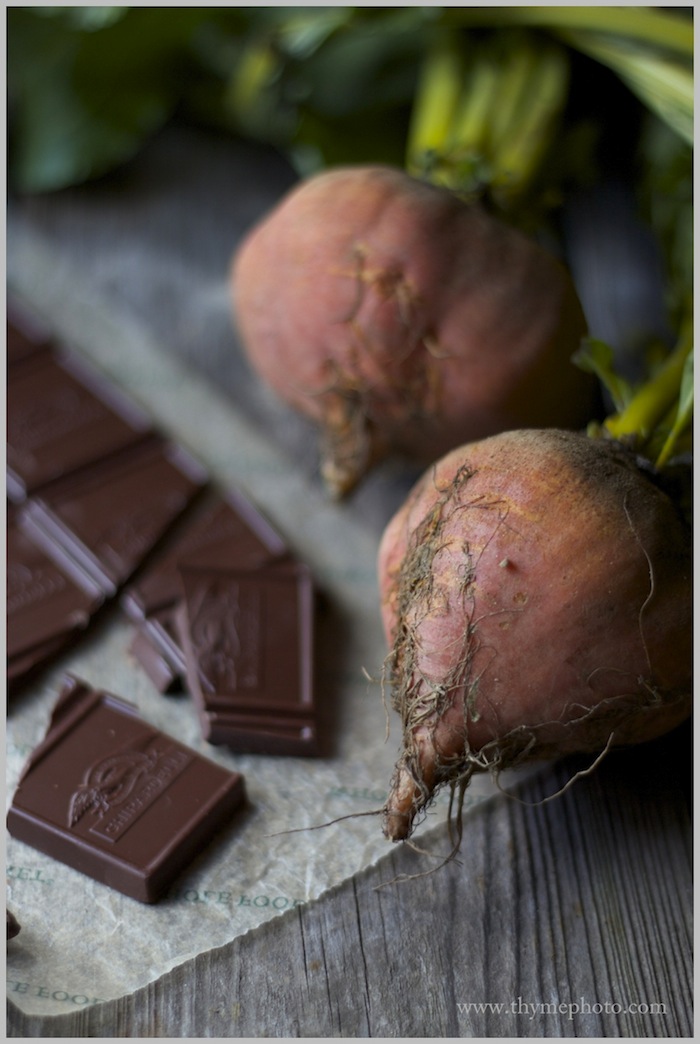 Because I'll say, I sure had that secure boat rocked a few weeks ago.  When I was out in California, for a memorial, there was a friend of the family who attended.  He had a mouthful of opinions that he just couldn't wait to "share" with me.

Within less than a minute of meeting me he puffed up his chest and spouted, "Every homeschooled child I have met is a social basket case!"  Yes, that is exactly what he said.

Case closed.  The truth was now out there in his black and white world.  Not only was my son (whom he has never met) a social basketcase but, as I regarded him cooly, taking slow soft breaths, I imagined he saw me, as the crazy homeschool mother, who was equally as sociably inept. 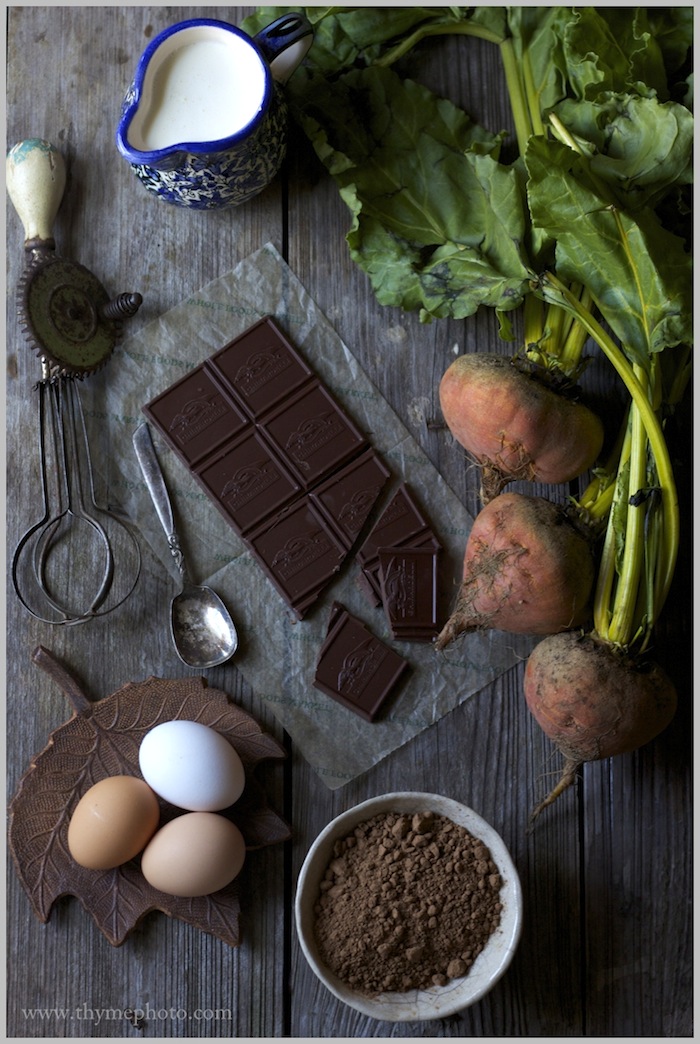 When you choose to homeschool, you have to have very thick skin.  You also experience people at their most base selves.  I try to view myself as a "pioneer woman" who must quietly persevere through a slowly changing world of naysayers and fault finders.

As I gazed across the car at this larger than life persona of a man, I realized that many stereotypical thoughts flew into my mind.  I quickly had him racked, stacked, and pegged for slaughter!

What I wanted so badly to say was, "So, Mr. :$#!+-head, are you telling me that...you were homeschooled as well?"  I just wanted to load up my tongue with sharp nails and spit them in rapidfire succession right into his beady little eyes. 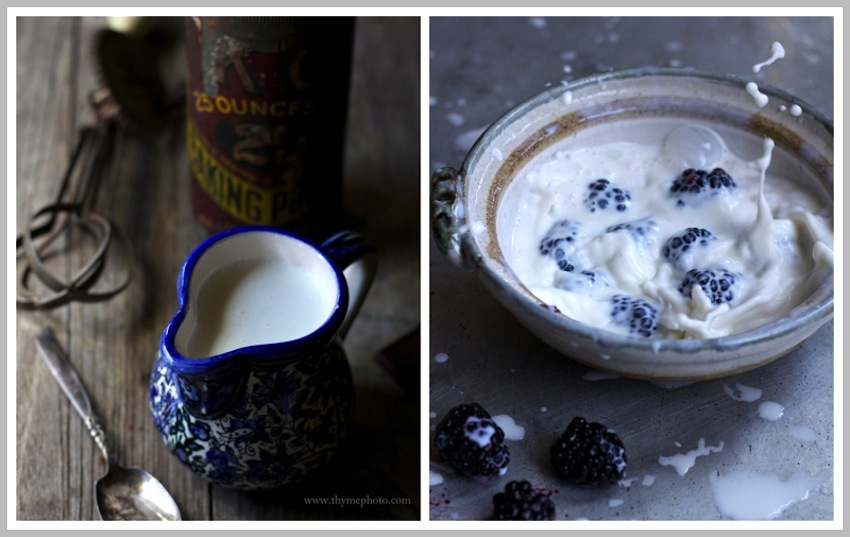 So, I gazed at this man and thought of how difficult it is not to stereotype people.  I looked deeper into his eyes and wondered what events in his life brought him to feel so emboldened to deliver such harsh and derisive criticism.

And then I felt nothing but pity for him.

I reflected on my son.  He is on the cusp of manhood.  His opinions and outlooks on people, politics, religion, and education are all forming.  We see glimpses at this age as to the young man he will soon become. 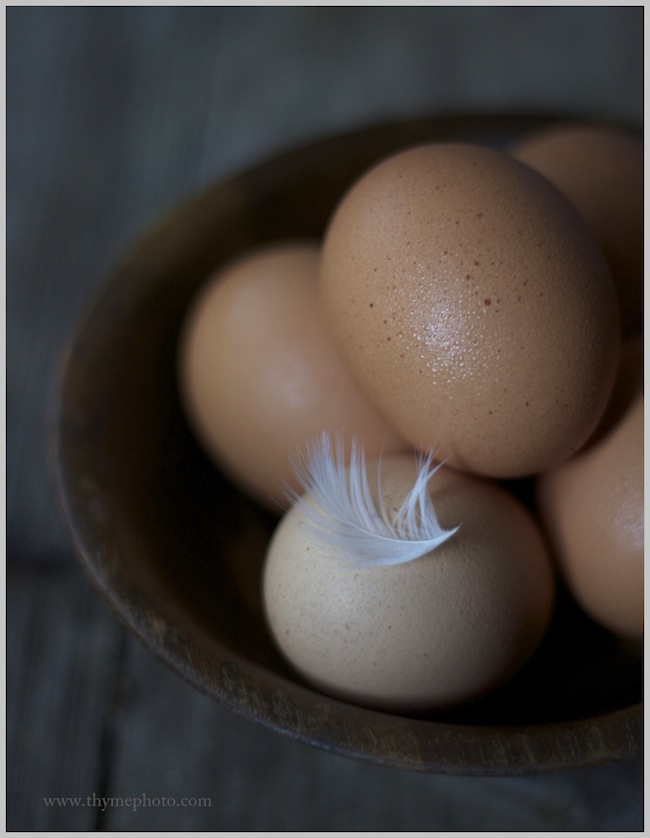 I didn't let those loaded up nails fly out in rapid-fire succession, though.  Yes sir, indeedy, it was hard.  I sat quietly and listened to a 5 minute rant about what a horrible decision it is for parents to pull their children out of the mainstream accepted environment and dare to "reinvent the wheel".

Let's just say that I possess a temper, that when ignited,  could power that latest mission to the moon...no, let's choose...Mars.  I imagined during that conversation that there was a glowing halo forming above my head, such was my angelic guise. 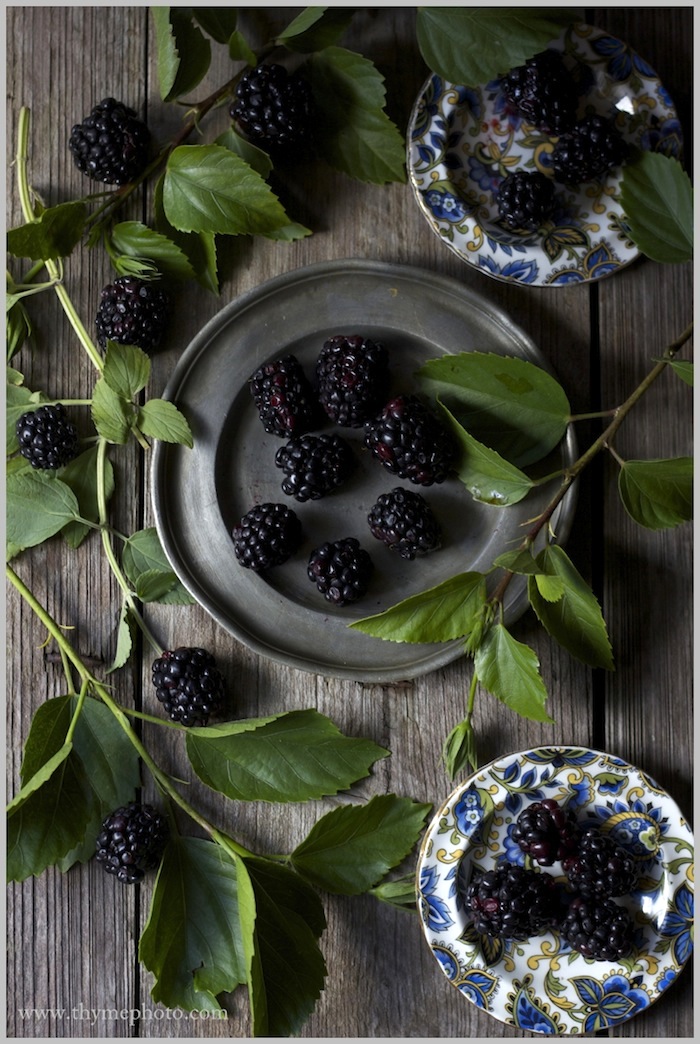 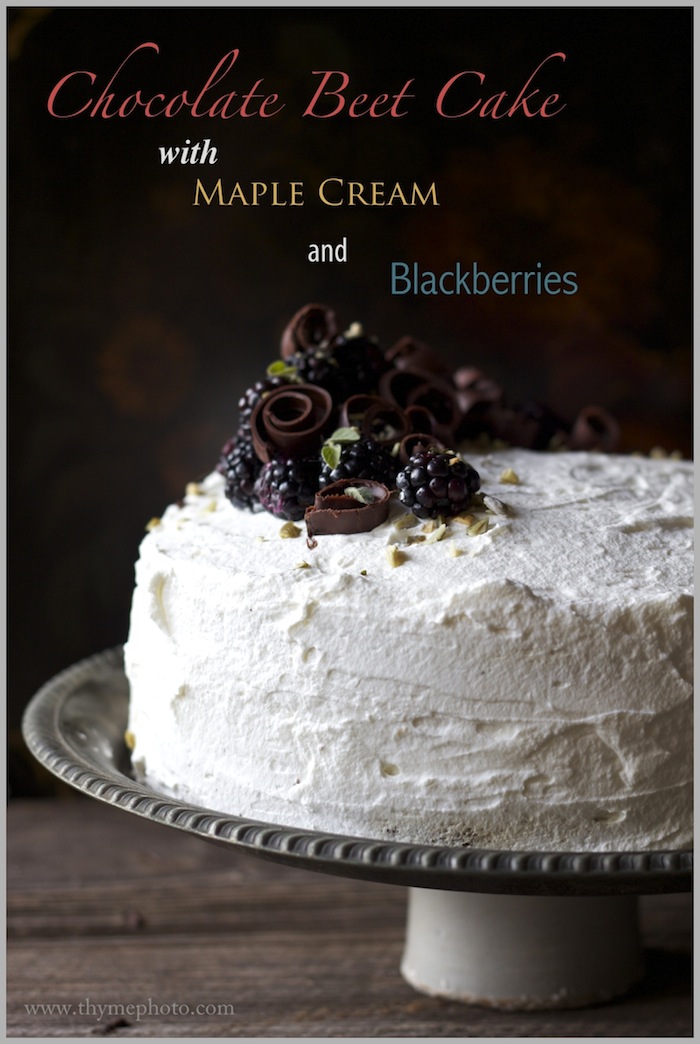 So many conversations at home center around AVOIDING choosing political parties.  We are, as a family, caught up in the political and economic issues of our country.

We are working to stress to our kids that there are no "sides".  There are "issues".

Each of the issues are neither red nor blue.

Each of the issues shouldn't be colored red nor blue.

...but each involve careful consideration of the implications for the young,old, poor, wealthy, women, gays, immigrants, etc. 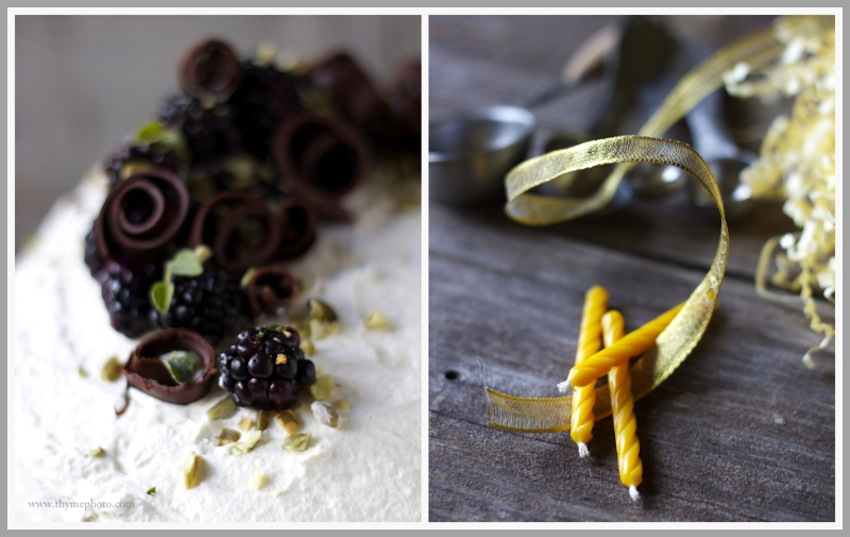 I listened impassively to this man rail on about the social ineptness of every single homeschooler that he had encountered.

I could not imagine it.  I felt secure in my seat that he would not.  With a cleansing sigh and a steadying of my heart rate, I concluded my son is doing just fine.

Because if this man before me was an example of how my son could do "better", then I reckoned that I would comfortably stick with the "socially inept" option. 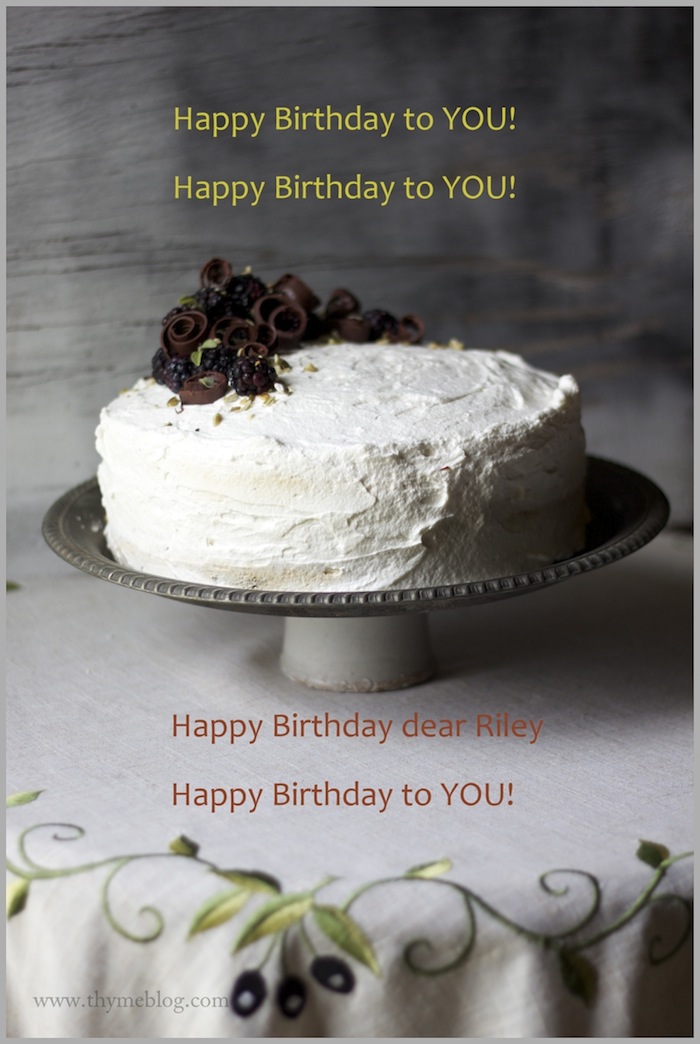 So happy birthday to my young man, Riley.  In one glance, this cake could be pigeon-holed as a super caloric ooey-gooey sweet chocolate loaded cake with sticky sugar frosting.

And, one could take a bite of its moist deliciousness and marvel at the depth of chocolate flavors and hints of maple and honey goodness surrounded by fresh plump blackberries nestled in whipped up cream.

But, what might look one way on the surface (and I am certainly intending to create parallels here...) might have altogether a different make up of ingredients.

"Don't judge a book by its cover"

"If you judge people, you have no time to love them"  Mother Theresa

“Don't judge each day by the harvest you reap but by the seeds that you plant.” - Robert Louis Stevenson

"A man is the product of his thoughts.  What he thinks, he becomes." - Ghandi 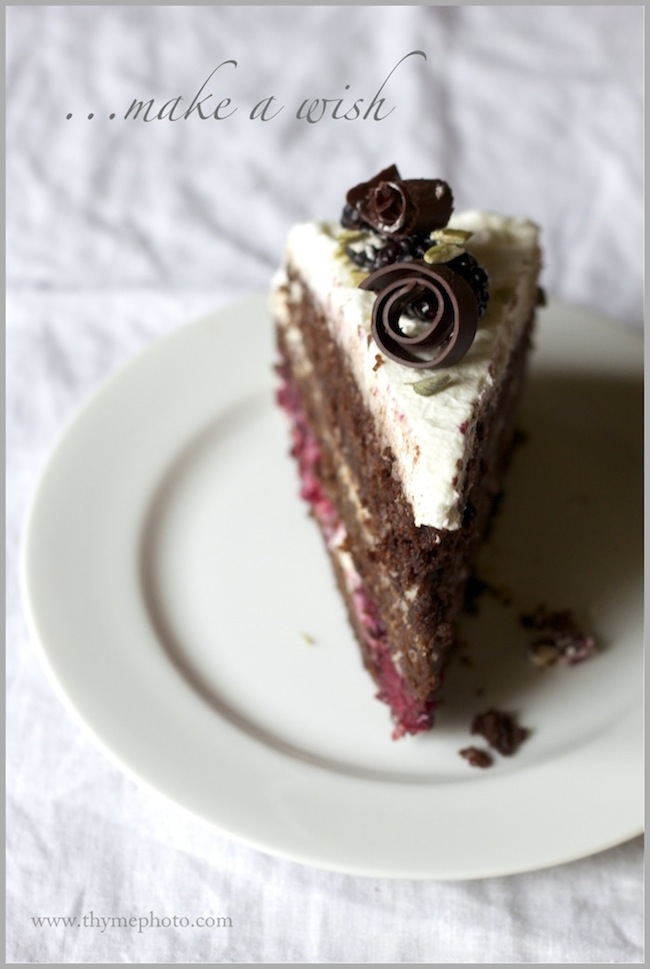 
Dark Chocolate Beet Cake with Maple Cream and Fresh Blackberries
Cake portion author: Aimee from "Simple Bites" blog
Recipe Type: Dessert
Yield: 10
Cook the beets ahead of time and this cake will come together fairly quickly. You can boil, steam, or roast your beets whole, then peel and grate them. Recipe adapted from the Green Market Baking Book.
Ingredients

For the filling and the cream frosting:

Sugar Syrup: for sealing each layer so cake remains moist

Poached Cherries/Blackberries: for the bottom layer of the cake