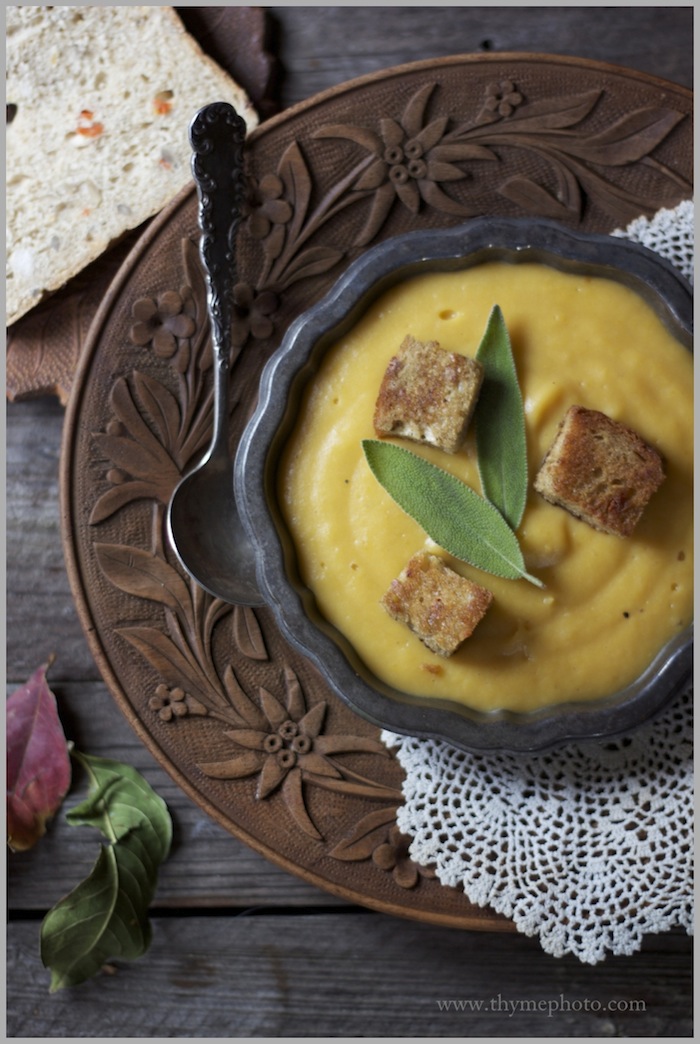 Bring on soup season!  I love soups.  If we don't have a soup made on the weekends, I fill up a few containers of soup from Whole Foods regularly.  Soup and sandwiches.  Soup with chunks of bread and butter.  Soup with crackers and a good cheese and a glass of ruby red wine.

Butternut Squash is one of those wonderful fall soups that mark the change of season.  We love to pick up those adorable acorn squash as well.  We cut them in half, fit them snuggly in a bowl, fill them with butter, salt, and maple syrup and microwave them until tender.  Delicious. 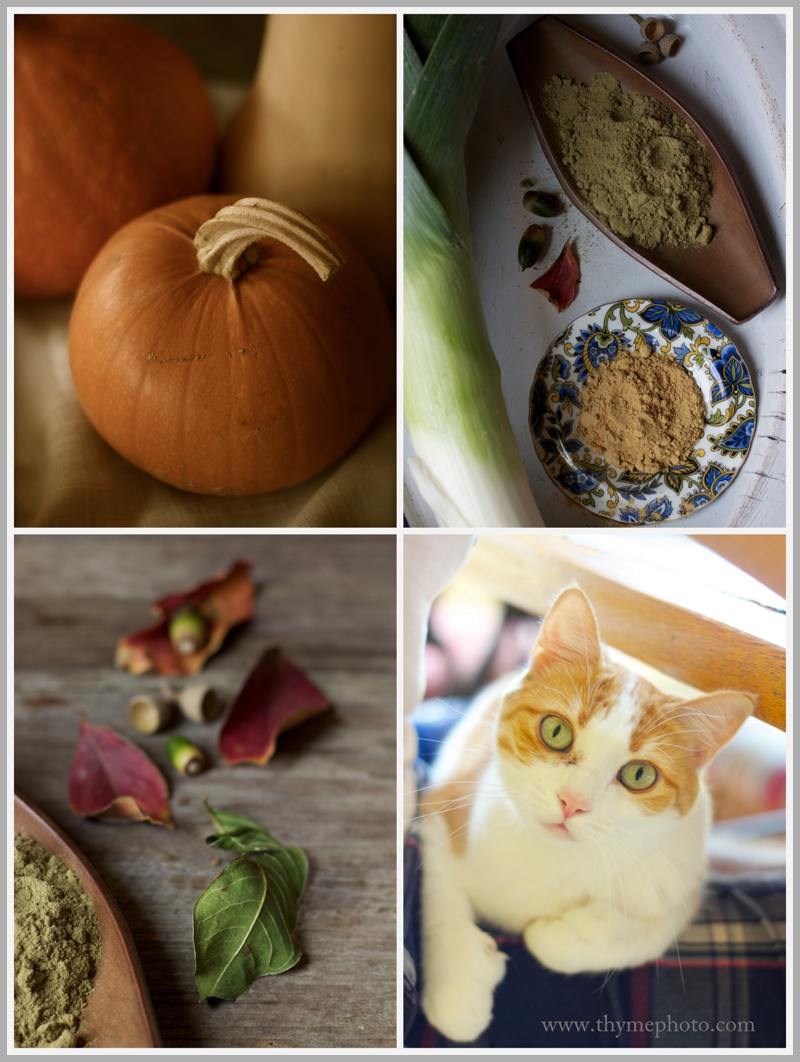 This soup is timely because we are expecting a nice cool spell down here in the south.  The breezes are already big and gusty, the skies bright blue, and acorns and pecans are plopping everywhere on the ground.

And the humidity.  Hallelujah, the humidity is giving us some relief as it finally dissipates so we can enjoy opening windows and talking long cool walks. 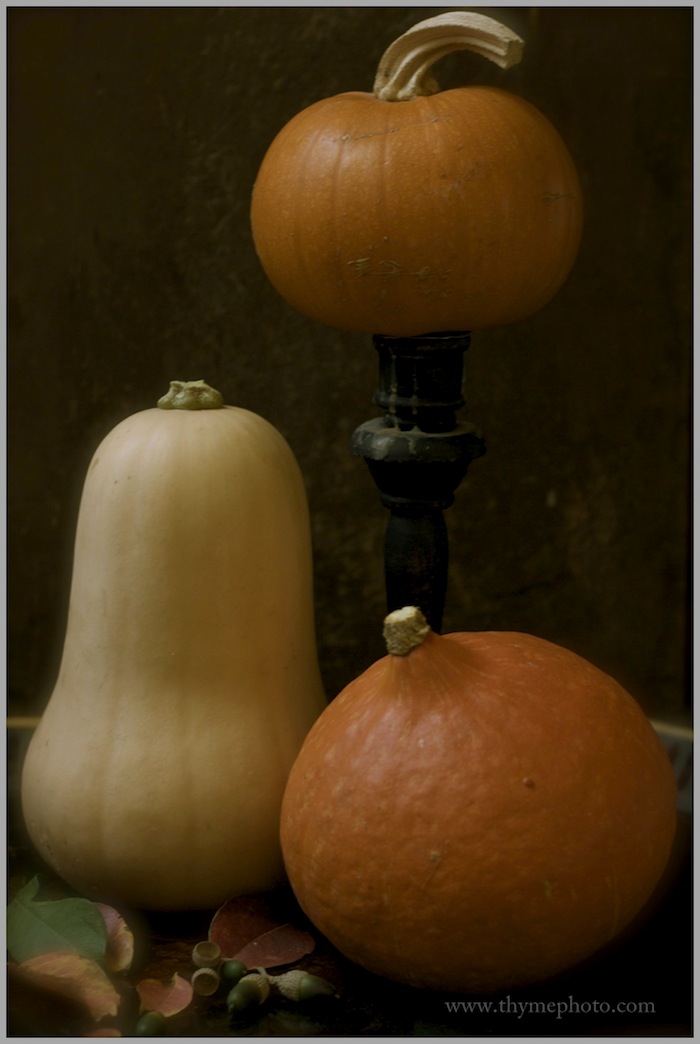 We've been getting out and about in Houston lately, tasting more of what this city has to offer.  Endless restaurants boggle the mind when it comes to choosing ones to try out.

We've joined a group called the "Houston Chowhounds".  They are a diverse group of food and restaurant lovers.  They had what was called a "Dumpling Crawl" this past weekend. 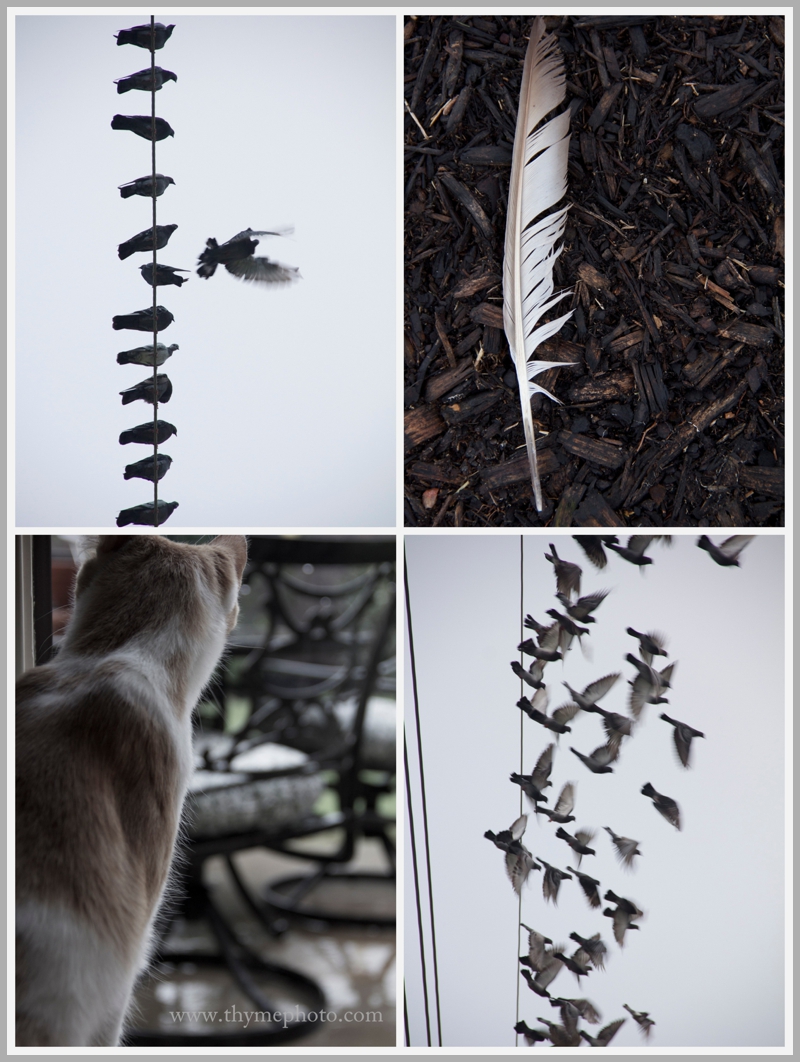 Who doesn't love dumplings?  We decided to join in on the fun.  We sampled pan fried, steamed, and boiled dumplings from two different restaurants in Chinatown.  Some were filled with leeks and pork, some cabbage and pork, and others with shrimp and pork.

Did you know Houston has a huge Chinatown?  I do find the one here rather amusing.  It really isn't anything like Chinatown in San Fransisco, Tokyo, or Toronto.  This one occupies about a 1/2 mile strip of storefronts in a very suburban looking set up. 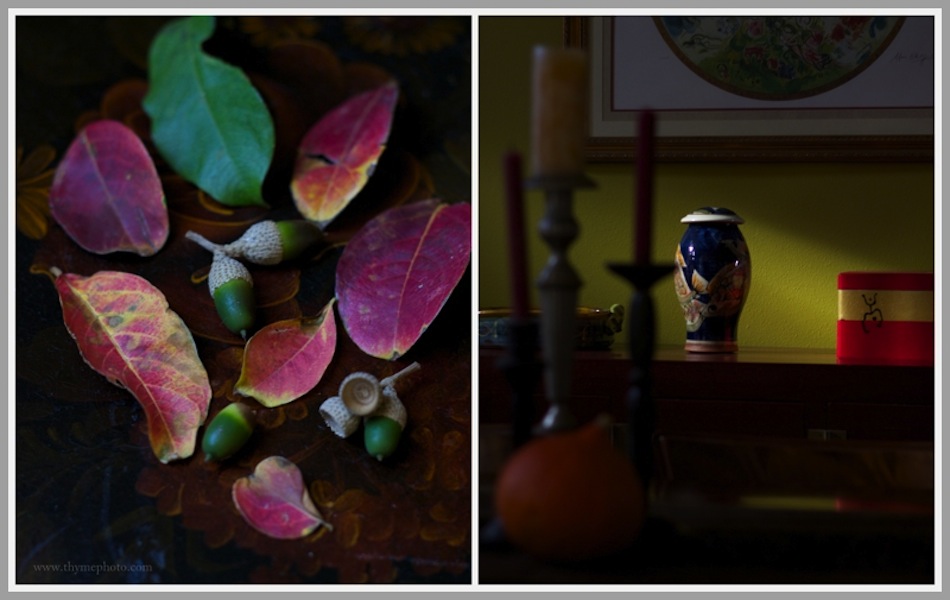 Everything one might miss from Asia I believe could be found in the long lineup of strip-mall style shopping.  It was a fun gathering, we filled our bellies until we waddled on home feeling like  big dumplings ourselves.

One little surprise that made me chuckle more was a french-style bakery that was positioned right in the middle of the line-up of Asian shops and eateries.

We couldn't resist poking around in there and lo and behold, we came away with crinkly little packets of tiny macarons. What a surprise!  How often do you go to Chinatown in a city in the deep south and then stumble upon french macarons! 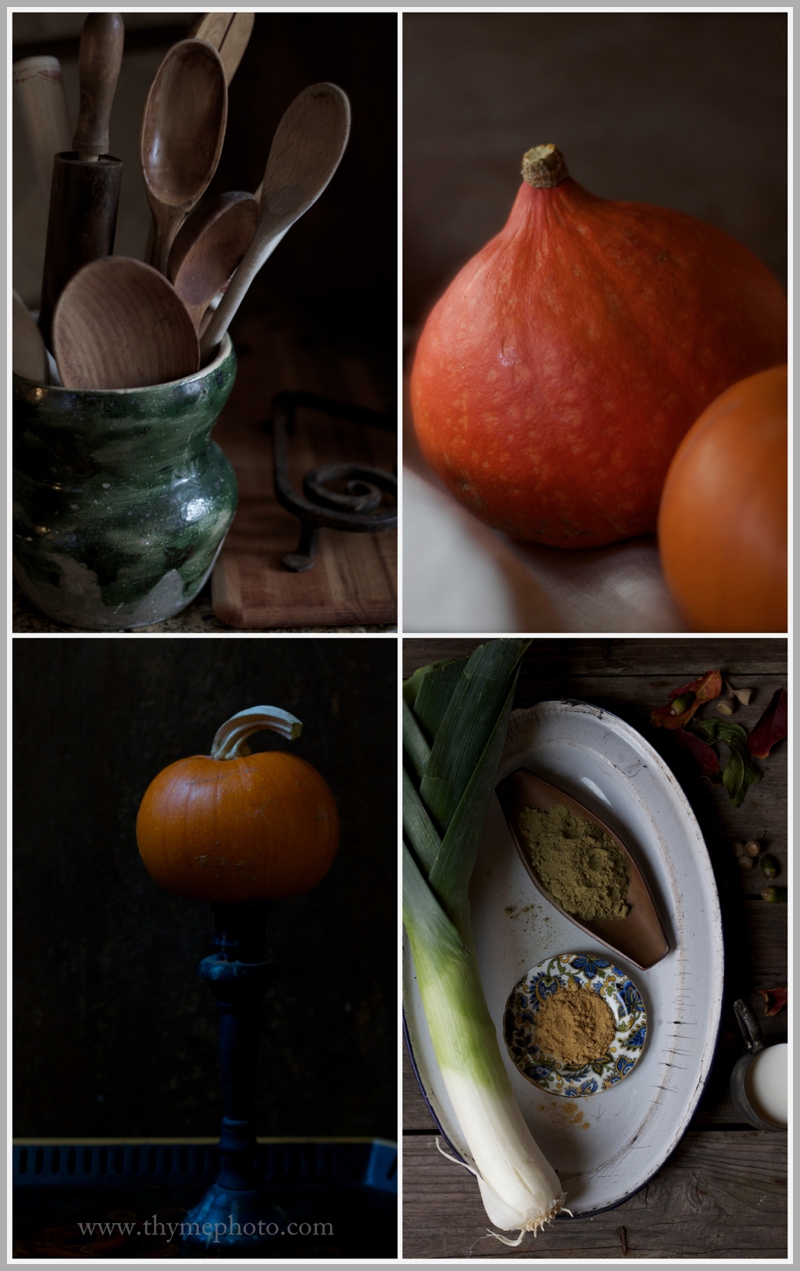 Gingered Squash Bisque with Sage Croutons.  I've been making the soup seasonally since we lived way up in Michigan when I came across the recipe.

I love the underlying flavor of leeks in this soup partnered with the butternut squash.  The soup is creamy and so fitting for cool crisp week nights when a warm bowl of soups makes everything better. 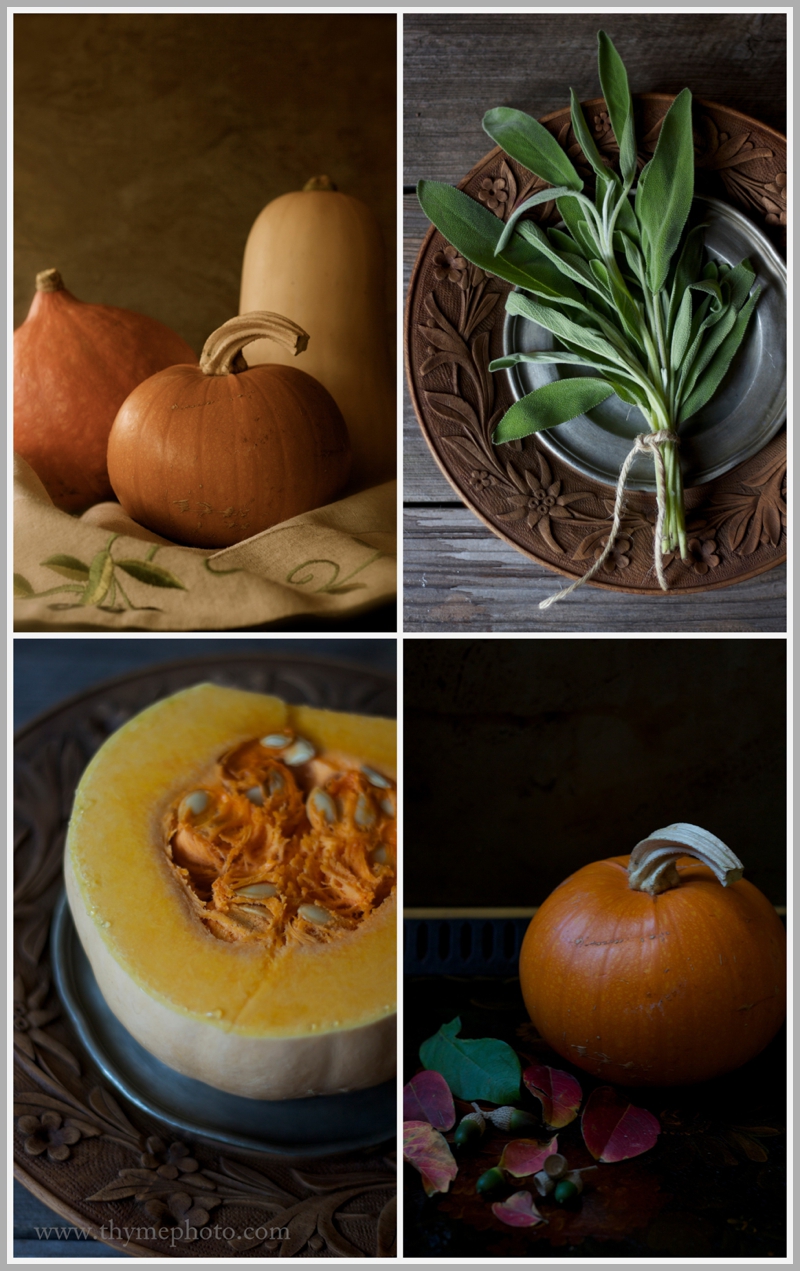 I cut up ample sized croutons from a loaf of heavy wheat bread.  Melted butter in a sauce pan sprinkled with rubbed sage soaks into the croutons and they form crispy squares of crunchiness to drop on top of the soup.

Usually I just start sauteeing the leeks and crisping the sage croutons and comments come in from various corners of the house, "What is that delicious smell?"..."Are we having that soup you make this time each year?" 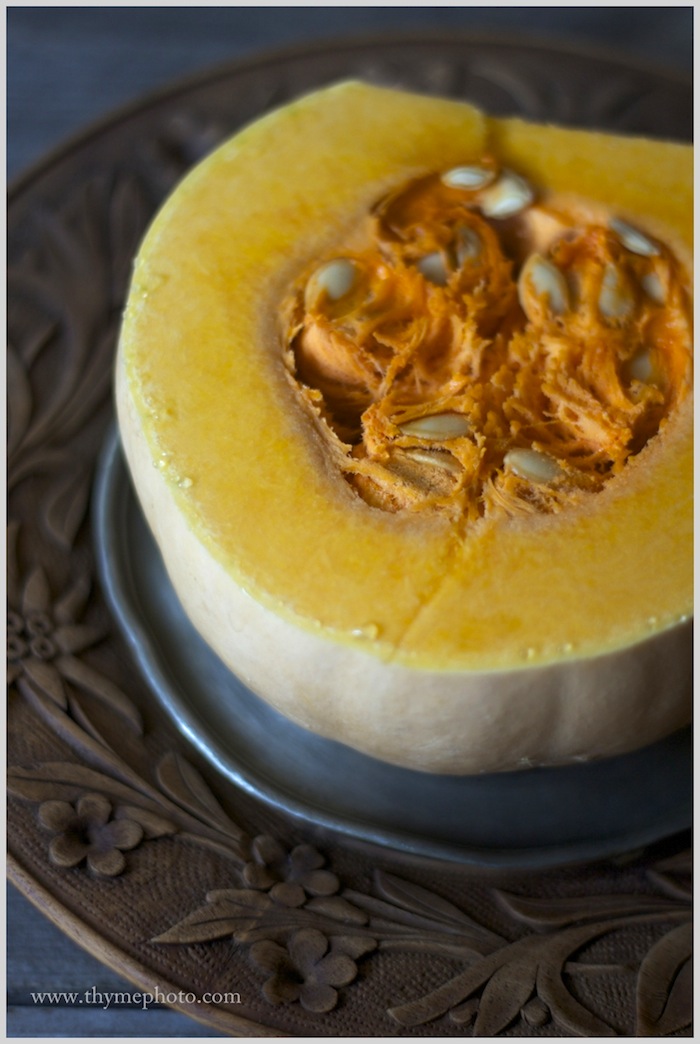 Soups and cookies.  Cookies and Soups.  They seem to take turns getting stirred and baked in our kitchen.   Speaking of cookies, there is a fabulous program that has been put together in the food blog community.

The popular blogs "Love and Olive Oil" and "The Little Kitchen" have put together a way to help children fight cancer called "The Great Food Blogger Cookie Swap".

Cookies will be flying all over the country in a huge swap of over 400 food bloggers who will be baking cookies, swapping, them and donating money for a very worthy cause.

I think it is going to be a great event and a whole lotta fun! 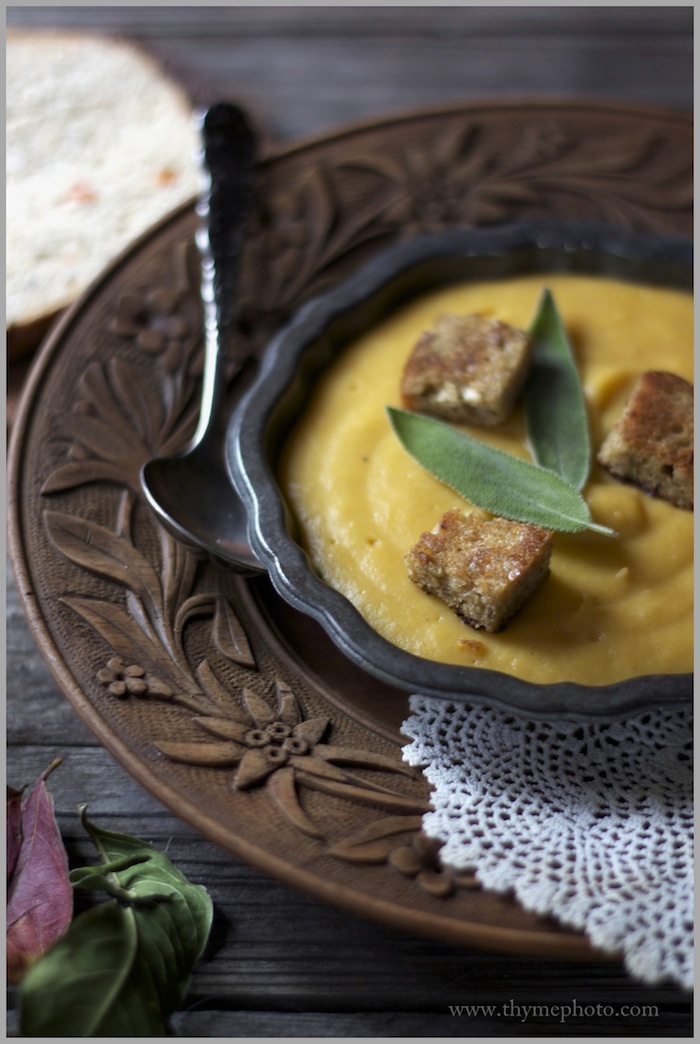 The Texan skies seem to get bigger and bigger down here at this time of year.  Brilliant sunrises and sunsets streak lovely rays clear across the sky.

Some weekend trips are coming up and I am putting together my lists of ideas for Christmas dinner.  So soon?  Yes, because my list will probably change multiple times throughout November. 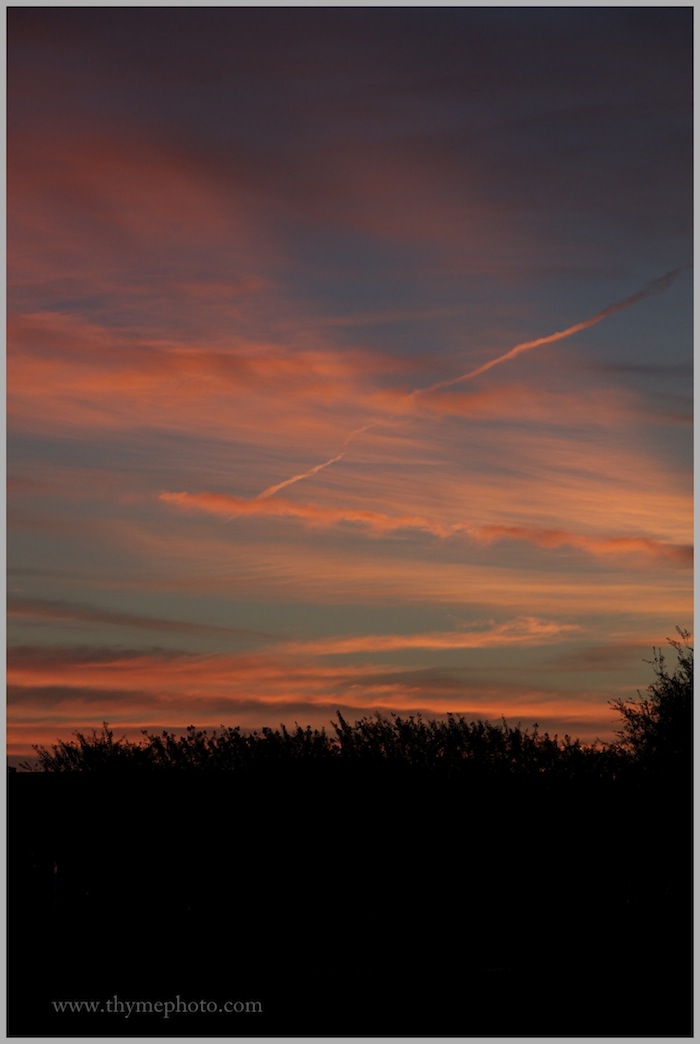 Combine vegetable broth, potatoes, squash, and ginger in heavy medium saucepan over medium-high heat.  Cover and cook until potatoes are tender and squash is thawed/tender, about 10-15 minutes.  Transfer to food processor or use an immersion blender to puree the soup.

While the vegetables are cooking, melt 2 tablespoons of butter in a skillet.  Sprinkle the butter with the rubbed sage.  Add the squares of whole wheat bread.  Sauté bread until butter is absorbed and bread becomes a crispy crouton.  You can also spread them out on a baking pan and cook on low heat for about 15 minutes in the oven until nice and crispy.

Add vegetable puree and half and half to leek and simmer 2 minutes, thinning soup to desired consistency.  Use immersion blender if you don't want any leeks or leave them un pureed in the soup.  Heat soup through, add salt and pepper to taste and ladle into soup bowls and add rubbed sage croutons on top.