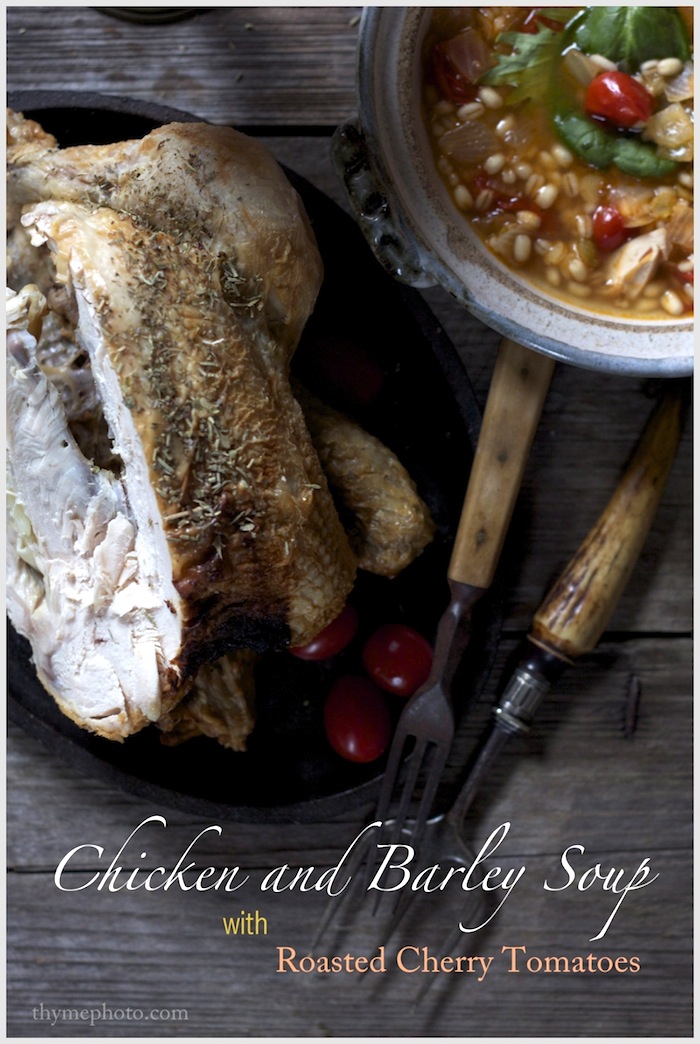 "Cough, Sniffle...and HACK!" are unfortunately the repugnant sounds that will greet any ears at the Kenney abode.  We are fairly sure that we are included in the widespread flu outbreak sweeping across the U.S.

We are a statistic indeed, and each week, one following the other, we each succumbed to this miserable fate.  Fortunately, our Christmas was a lovely time together with family.  It wasn't until the house emptied out, that we unintentionally greeted in this little bug called... influenza. 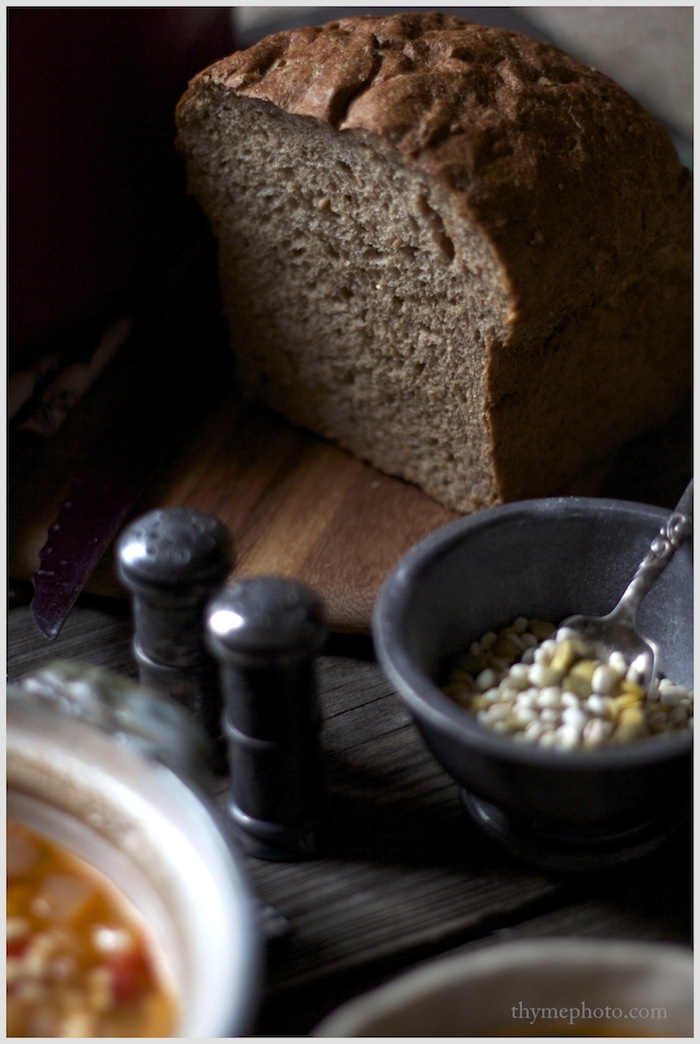 We can't even remember the last time any of us were sick with the flu.  I think Riley had it when he was around eight years old. 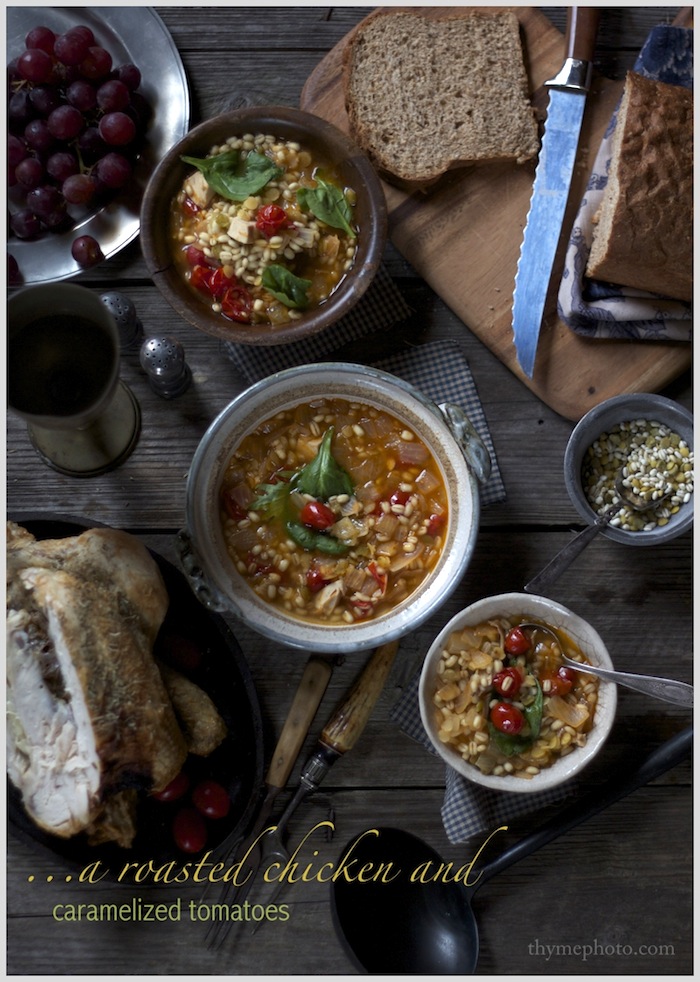 A roasted chicken, soft barley and oven-roasted cherry tomatoes helped to add some much needed protein and vitamins into our diets.

I slipped in some spinach leaves as well to try and pack in more nutrients to counter our crackers and toast regime.

In an odd way, that I think many may understand, being sick actually slowed us down to a pace that just won't happen again when school, college, and jobs resume. 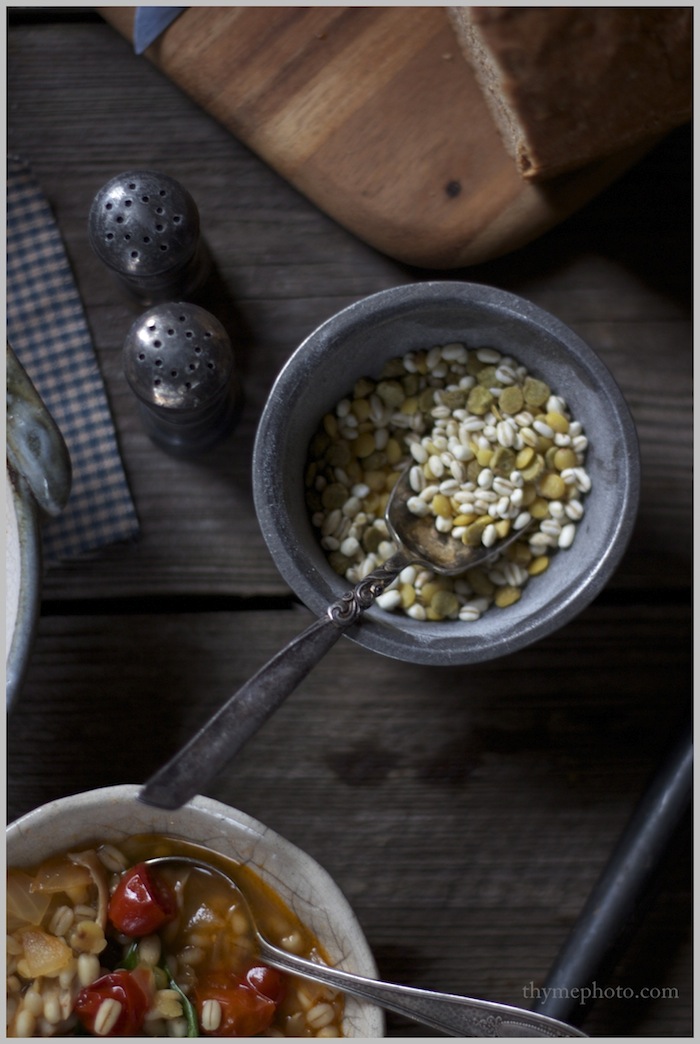 We all decided to watch the entire series of Harry Potter movies.  Each night for a week, we curled up, cough drops and tissues in hand, to slip into the bustling world of London's Diagon Alley, Hogwarts magical incantation classes, and day trips to Hogsmead for hot butter beer and snowy fun.  So many delightful details were missed the first time around and it  was also fun to rediscover scenes we had forgotten. 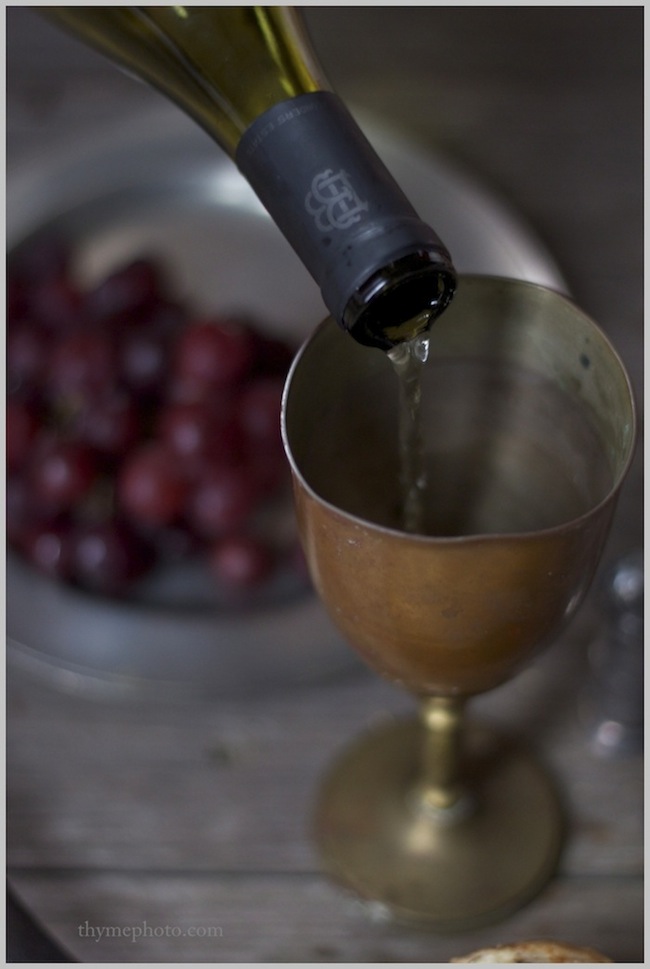 Madeleine and I slipped out towards the end of our flu confinement and burrowed ourselves in the movie theatre for Les Miserables.  By the end of it, I was breathless with immense satisfaction.  I don't remember how long the movie lasted but if they had restarted it at the end, I would have sat there wide-eyed and enraptured for another complete immersion.  The sets, the color, the singing, the actors, the emotional scenes surpassed all my expectations. 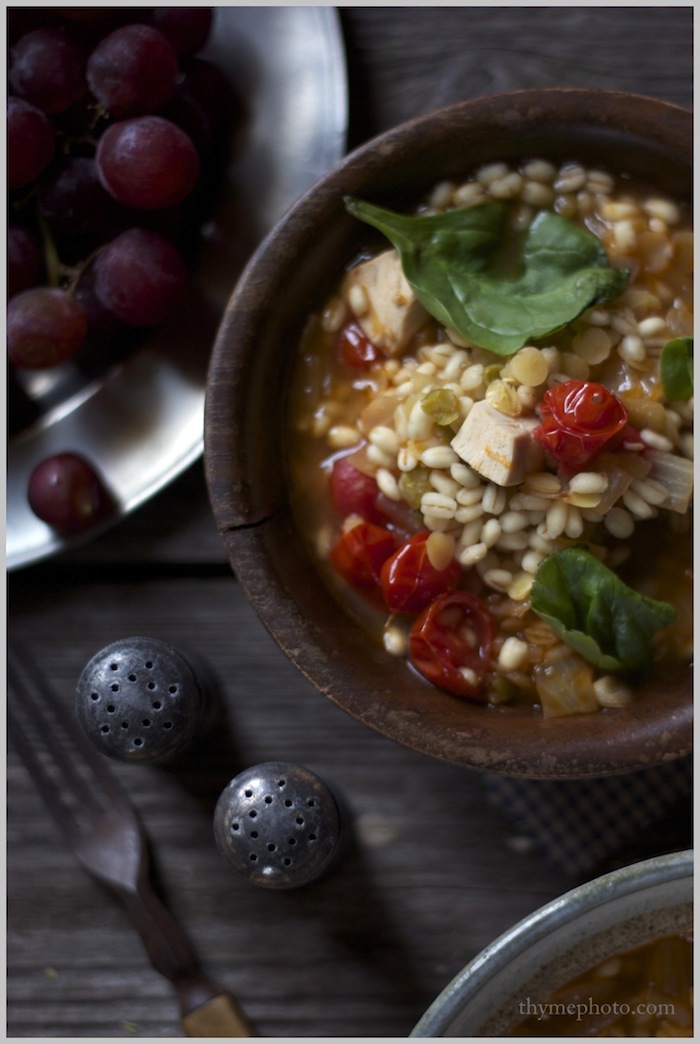 After my total disappointment with Anna Karenena, I was working to keep my expectations in check.  Les Miserables now ranks as one of the best movie experiences I have ever had.  Rarely do I buy movie DvDs, but this one I cannot pass up when it hits store shelves!

Let me think, what else did we watch?  Oh, yes...Hugo!  What a delightful film.  What a charming tale!  The movie has the flavor of stories like David Copperfield mixed with the fantastical imagery of childhood escapades like in Nanny McPhee. 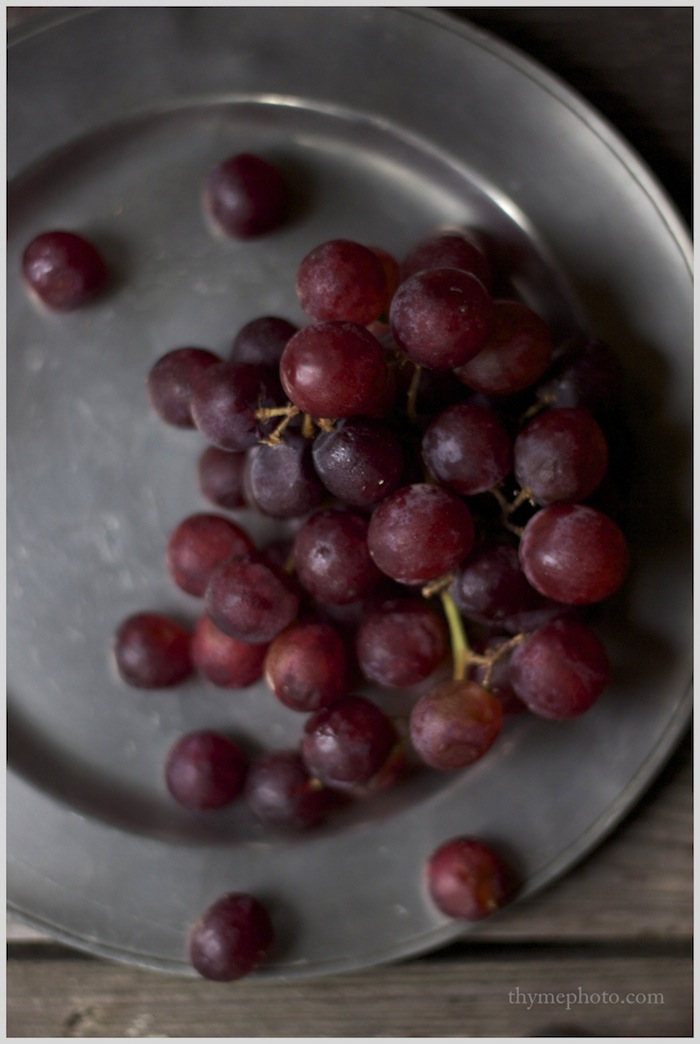 I love a good documentary and we did hit a few of those as well.  By now it is pretty evident that we were parked in front of the T.V. much of the break.

Empires:  The Medici was a great series that paralleled our World History studies perfectly.  The documentary is nauseatingly melodramatic but we enjoyed the details and drama of the time period.  Even though we smirked at the histrionic scenes, we were suckers and watched all 3 episodes in the series.


They Call it Myanmar is an eye-opening documentary that chronicles daily life in the country that has been under a dictatorship for many years and is now struggling with emerging into a modern world that is bringing positive as well as negative change to a long isolated culture. This one was a wonderful escape into a culture and history that is mysterious, naive, and genuine in its core. 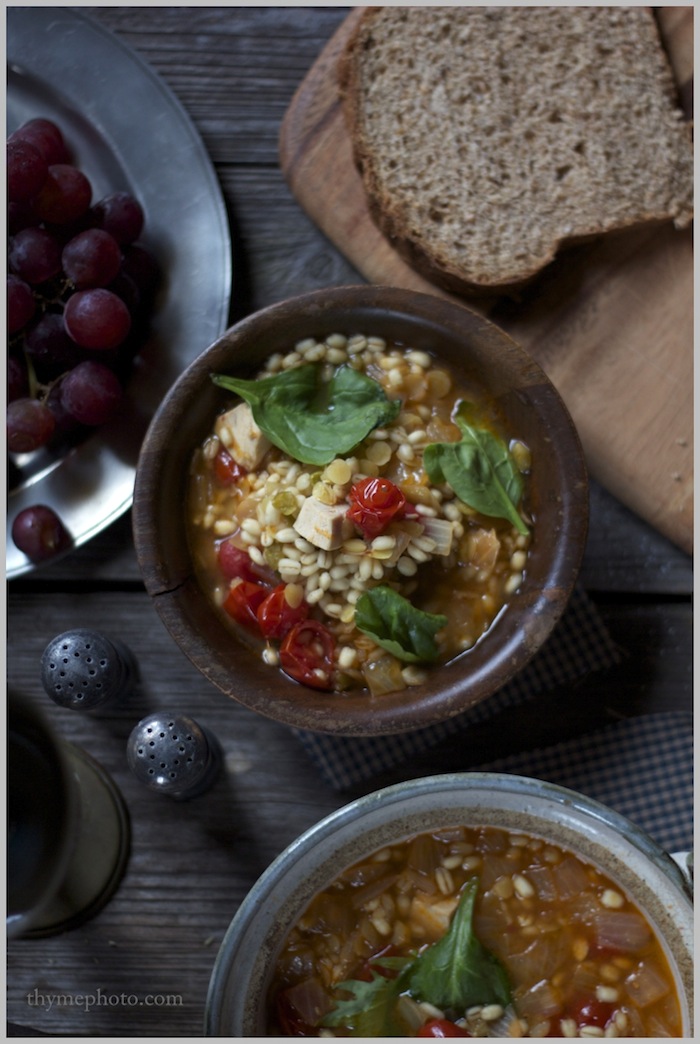 I must admit the list does continue with even more movies and documentaries that were consumed by our flu-riddled household.

As much as we wailed and moaned about sniffling and coughing for a good two weeks, we will undoubtedly look back at this unexpected slowness as a gift of unplugging from the holiday pace and escaping into cultures, time periods, and fantastical stories of adventure.

We're almost all on the mend now.  This isn't a quick flu bug catch...it's a good 2 week recuperation experience.  But life moves on...M. is back at college, school here has resumed, and work knocks demandingly for Patrick.

Its good to be back!  It was also good to unplug (unexpectedly).  So onward we march...looking forward to some upcoming blog recipes that will not always feature soup, soup, and more soups!