On the Brisket Trail...indulging in Texas BBQ at Cartwright's Smokehouse 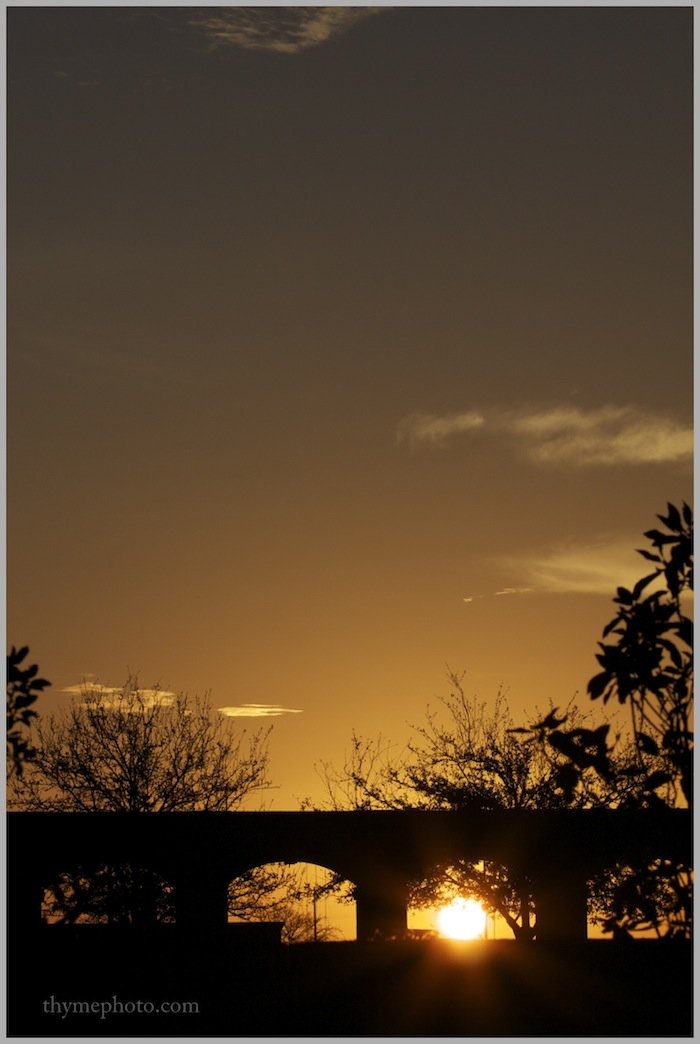 These gorgeous spring sunrises don't seem like spring to me.  Down here, Texas in late winter/early spring is more like early fall at times.

The colors are warm and rich.  The burly winds blow bolder than at any other time of the year.  It's at this time of year, that we are learning to get out and about, explore, drive, live in this cooling and refreshing season because what comes next is...well, I'm sure I'll be lamenting about it soon enough. 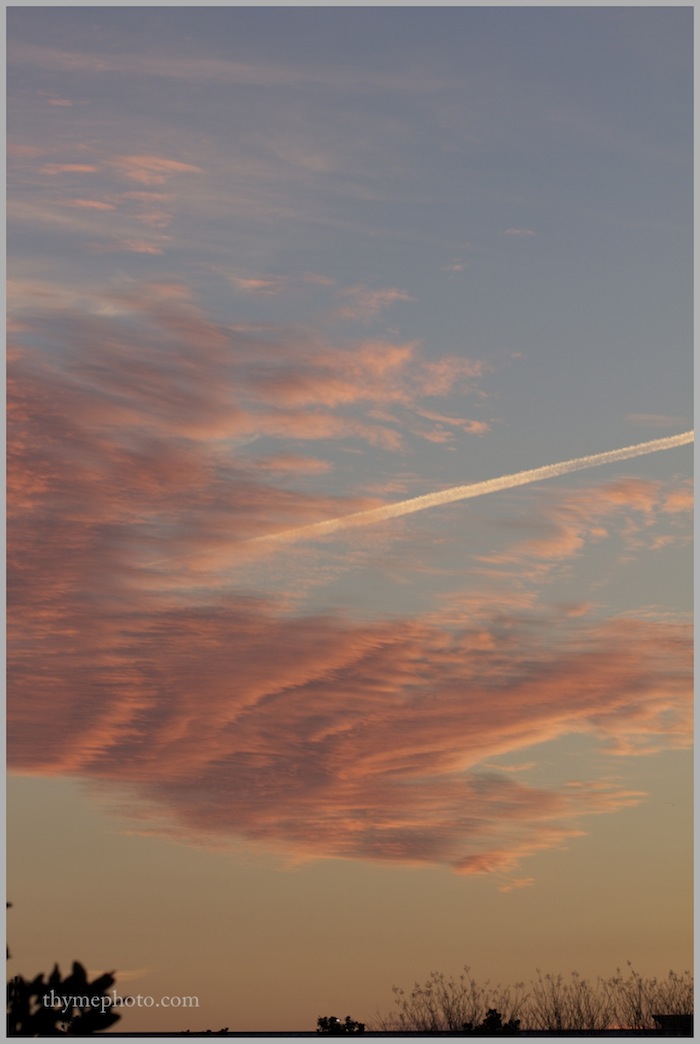 We've been traveling the roads of Texas lately and I enjoy it so much.  At first, the landscape seems nothing more than flat, harsh, and peppered with one farm after another.

But, on closer inspection, so much beauty and interest can be found here in between the scraggly trees and the flat landscape. 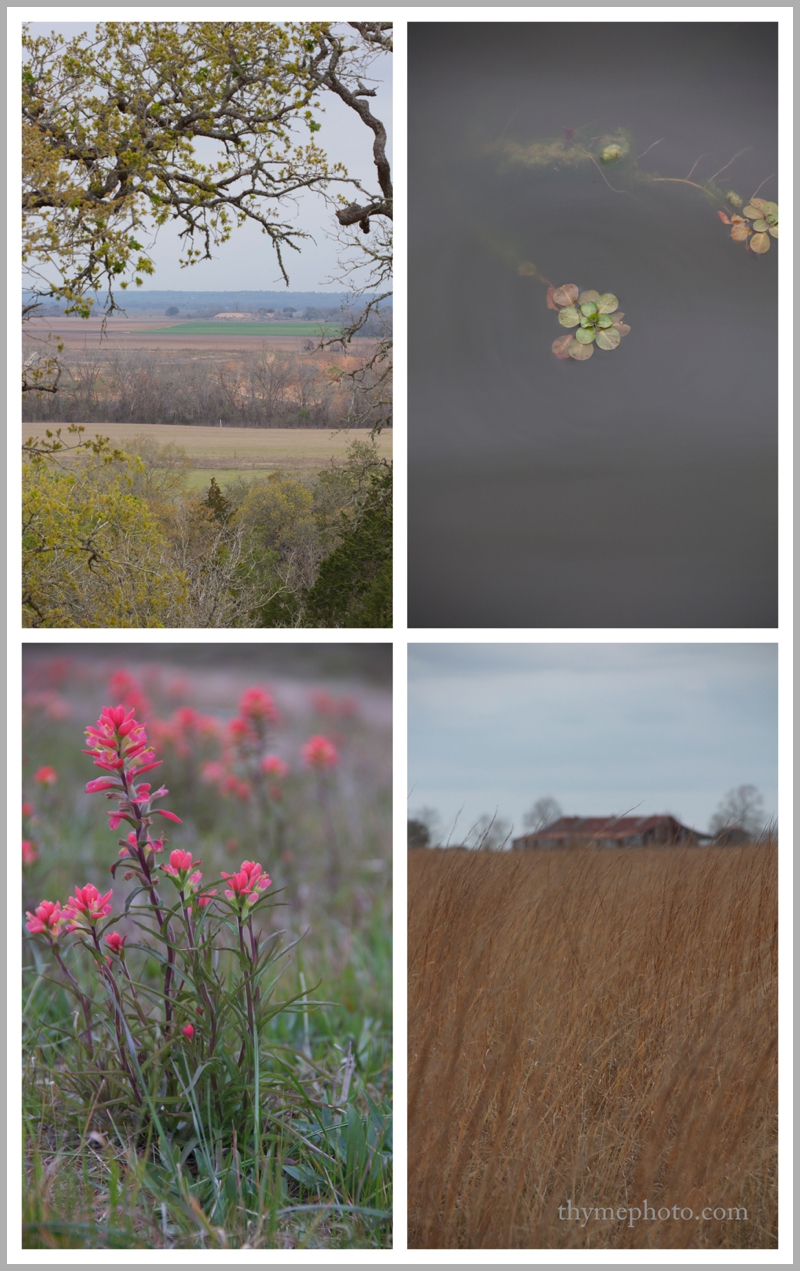 Signs of spring's efforts to reveal itself are everywhere.  But, I still see a very rich fall-like landscape on our drives through Texas.

The rusty burnt oranges, sage greens, and sun kissed yellows all blend together with the chocolate browns and ash greys in the scenes that spill before us. 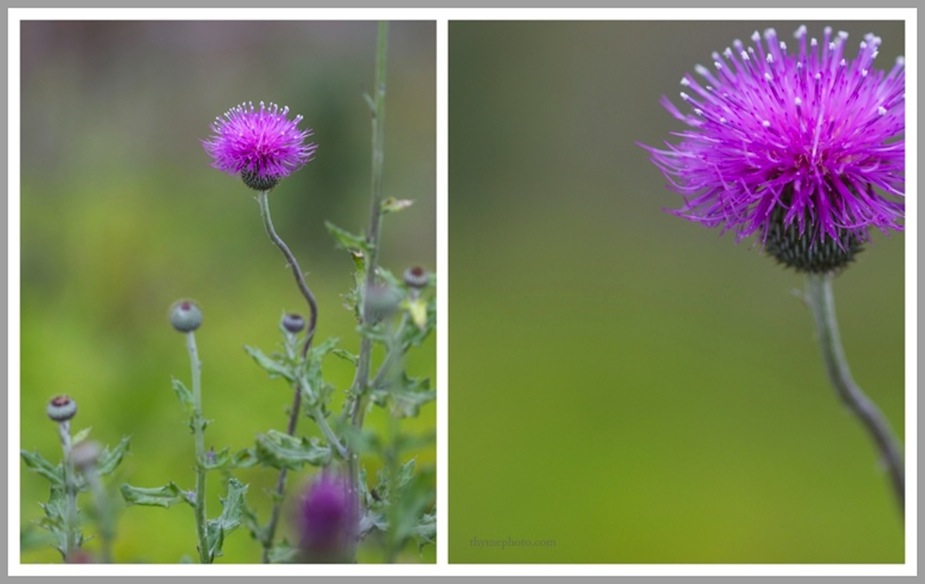 The more we ramble through the back roads of this southern state, the more we discover one BBQ stop after another.

BBQ places in Texas are small family affairs.  What is refreshing about them, is that they are discrete, often ramshackle, and unpretentious.

Why?  It's because it's all about what takes place in the back.  The smoke house.  That's were the beauty happens. 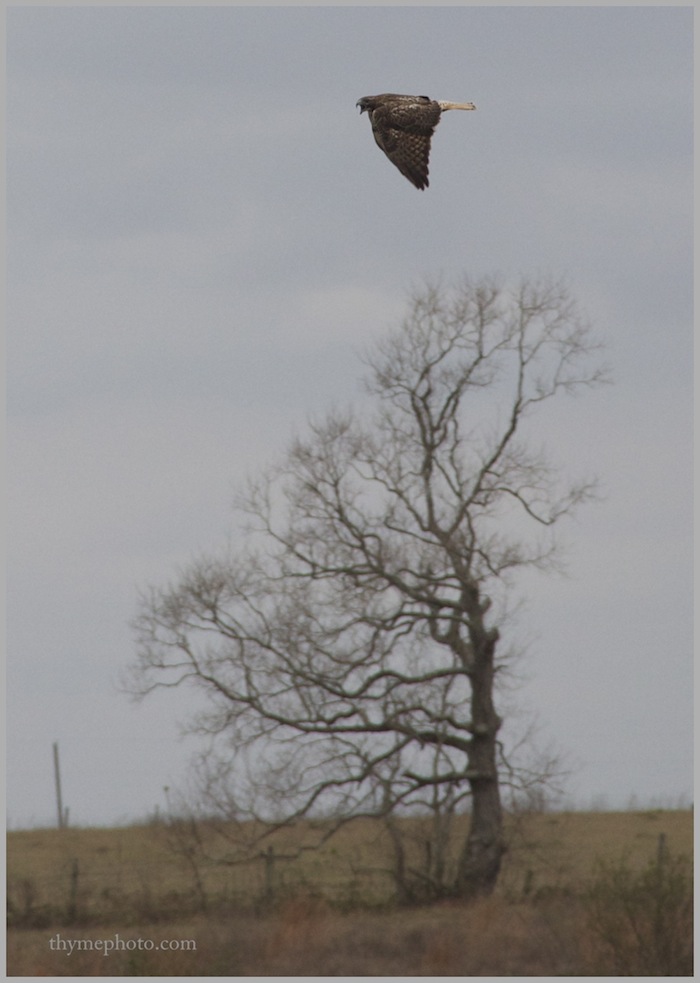 Every drive we make through the country roads reveals something new.  Hawks and eagles are common place here. Their huge wings span the sky as they lazily glide over fields looking for their next meal. 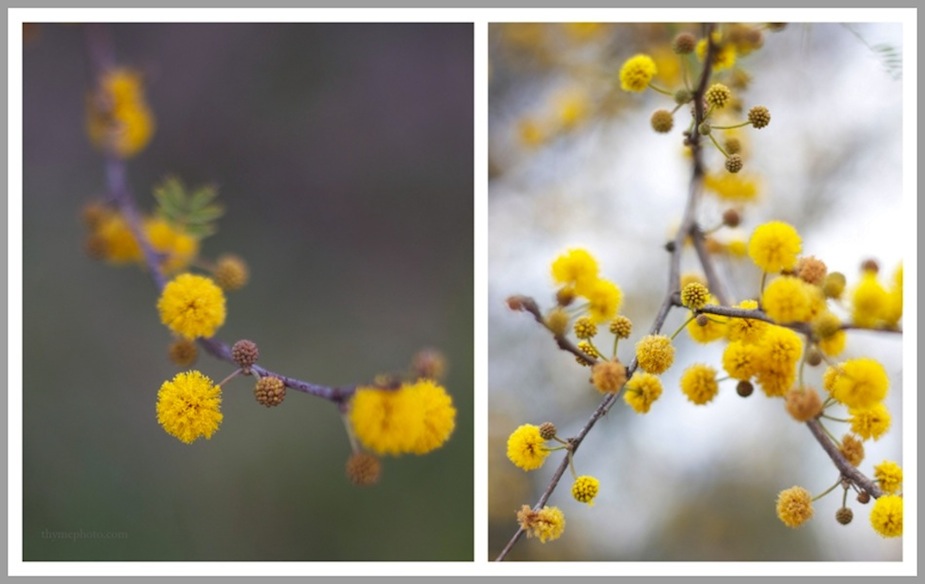 We've been absorbing all of these sights that we haven't noticed before.  Pulling off the road only reveals more hidden nuggets of discovery.  How wonderful it is to get out of the hustle of Houston and lose oneself in the countryside. 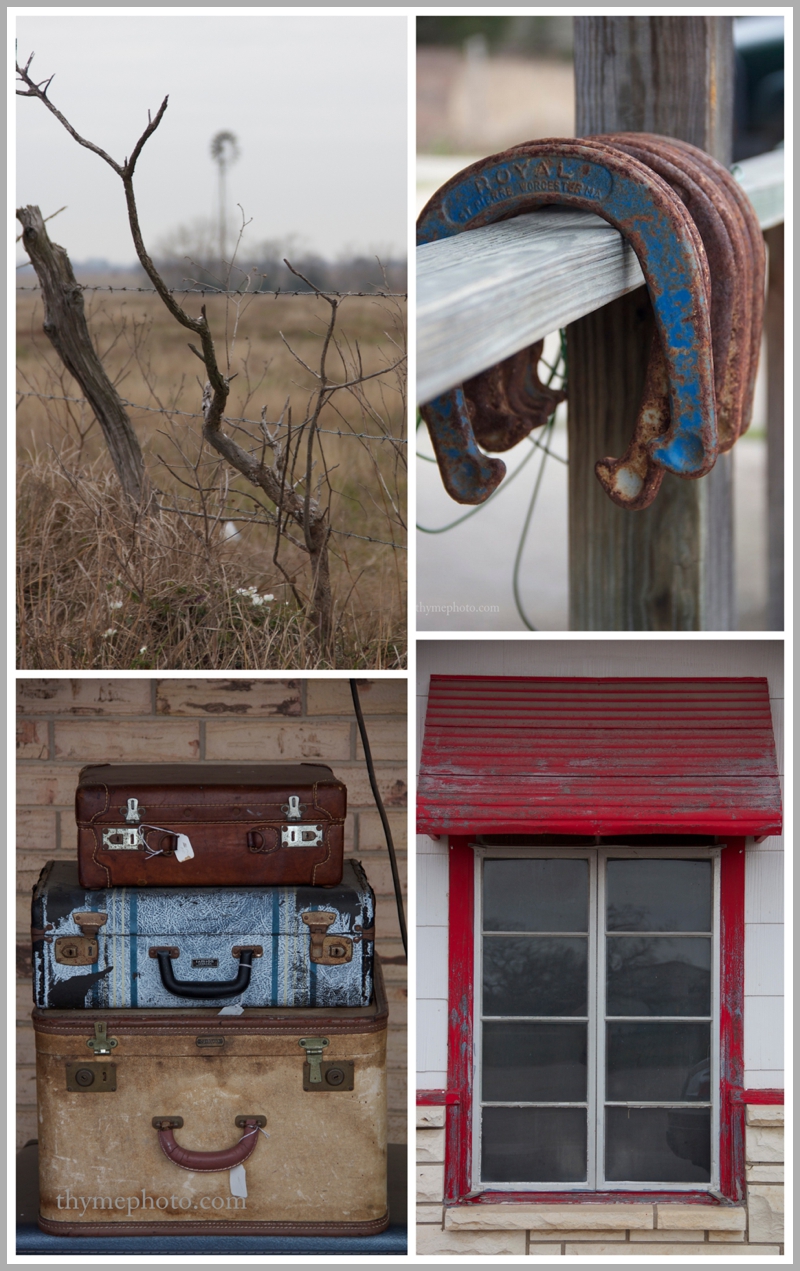 Personally, the discovery of one tiny antique shop after another has become a new pleasure of mine.  If I'm heading up to Austin, I give myself plenty of time to turn off at a whim.  I poke about the back roads and inevitably unearth an interesting antique shop...or two. 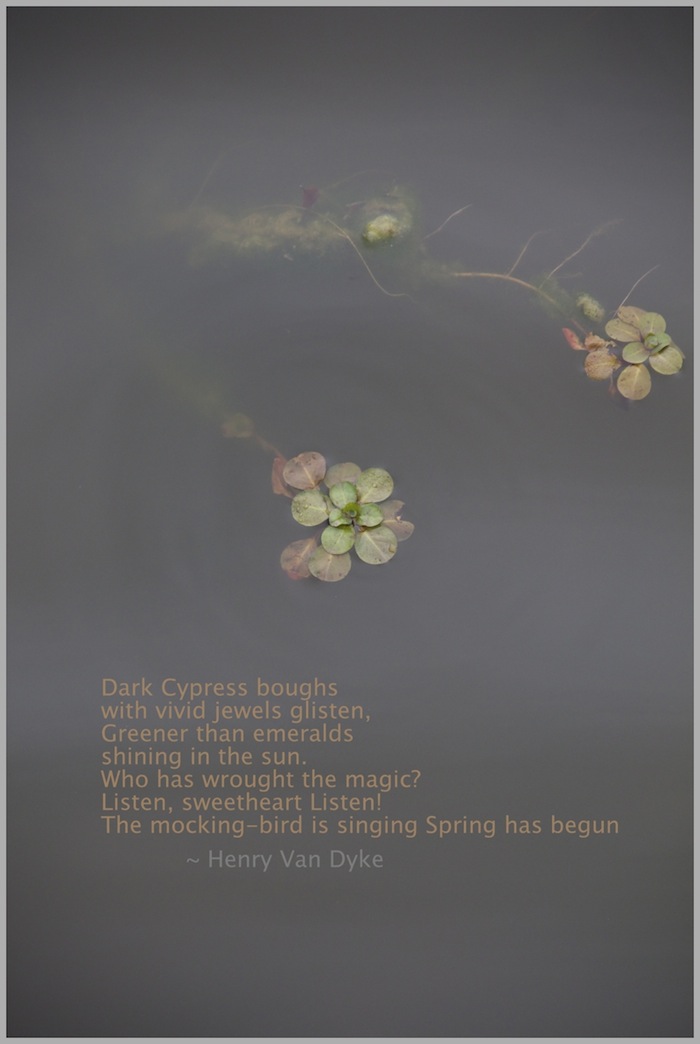 But antique shops are the dreaded stop of "my better half" so I usually reserve those ramblings for when I am alone.  This trip along the Texas highways and back roads was all about the discovery of BBQ.

Patrick and I decided that we would line up the most interesting (and also interesting...but in an eye-brow raising kind of way) BBQ stops along our path...and blaze our own brisket trail. 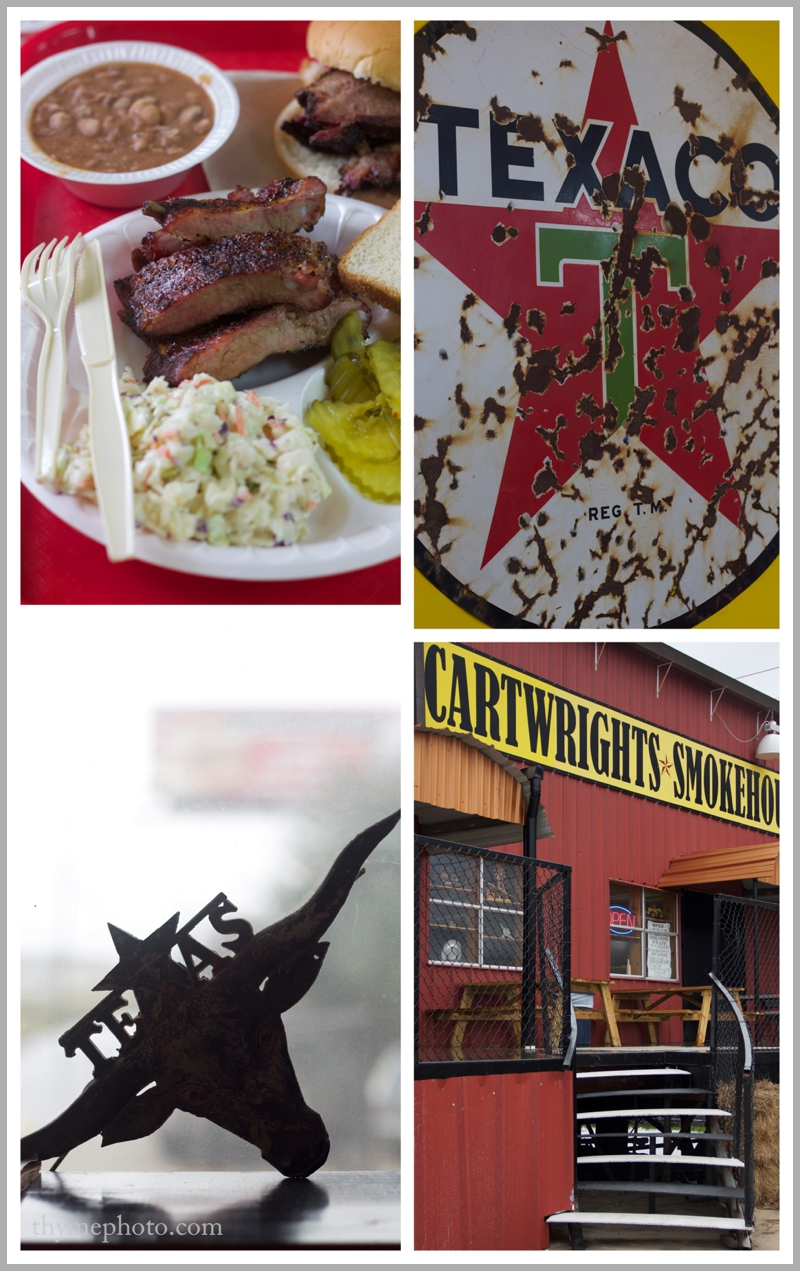 Our first stop was the burly smoky red "Cartwright's Smokehouse".  Off of Hwy. 71 along the Houston - Austin corridor, Cartwright's stands firmly planted near Bastrop, Texas.

Cartwright's is known for their phrase "When you dine with us...you're in good hands."  To be certain this is true.  We were greeted with big smiles and welcoming faces. Rick and Steve are the owners and between the two of them, they've been friends and in the bbq business for 45 years.  Bastrop, a small Texan town, is about 30 miles southeast of Austin, nestled on the banks of the Colorado river.  Cartwright's Smokehouse  draws locals from the many small country towns like Bastrop in the surrounding countryside.

We hustled inside just in time as the skies opened up and the fall-like landscape (but, really spring) seemed even more so as the clouds darkened and the patter of rain drops could be heard on the tin roof. 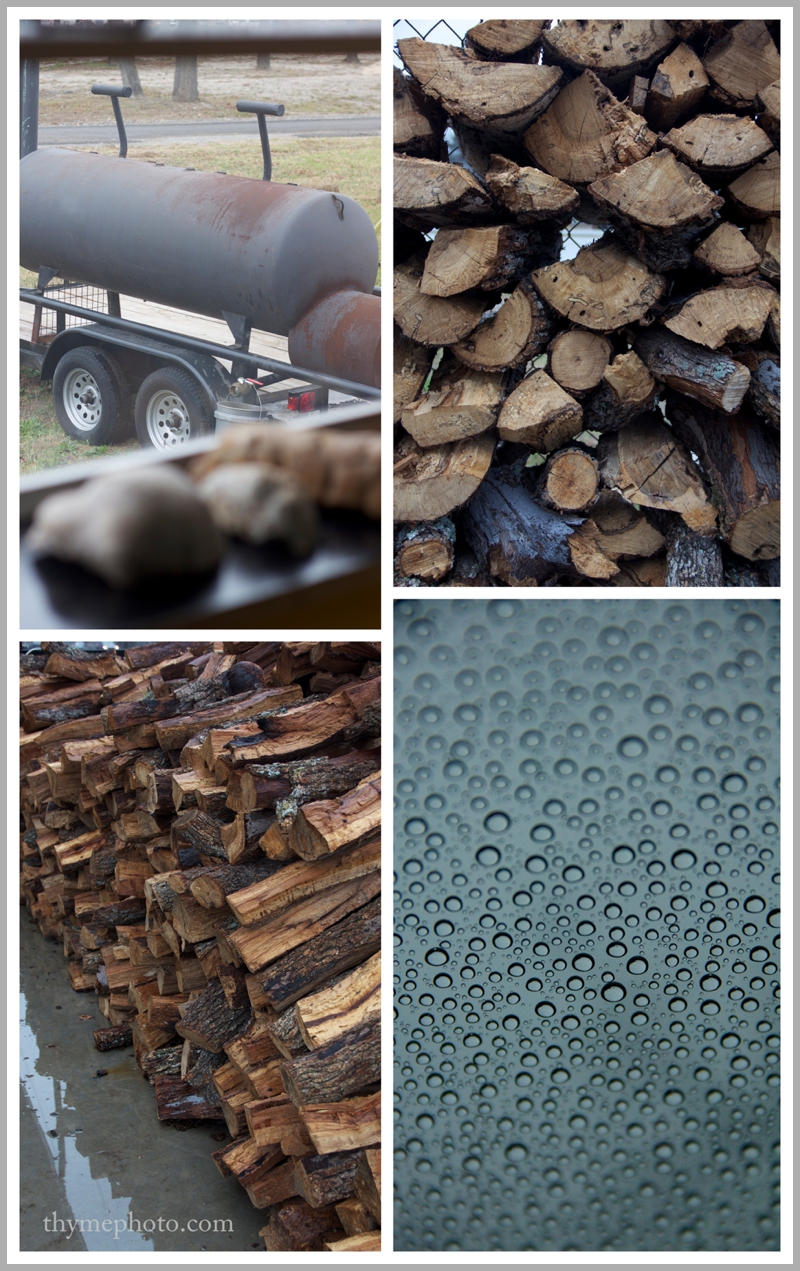 We decided to try out one of their signature BBQ plates.  I got the beef brisket and Patrick decided on pork ribs.  We opted for pinto beans, coleslaw, and mesquite chips for the sides.

Several pick up trucks pulled into the lot and big welcoming hellos were exchanged so it was easy to see that this spot was known by the locals.

Where the locals go, there must be good bbq so we looked over the menu with anticipation of a delicious experience. 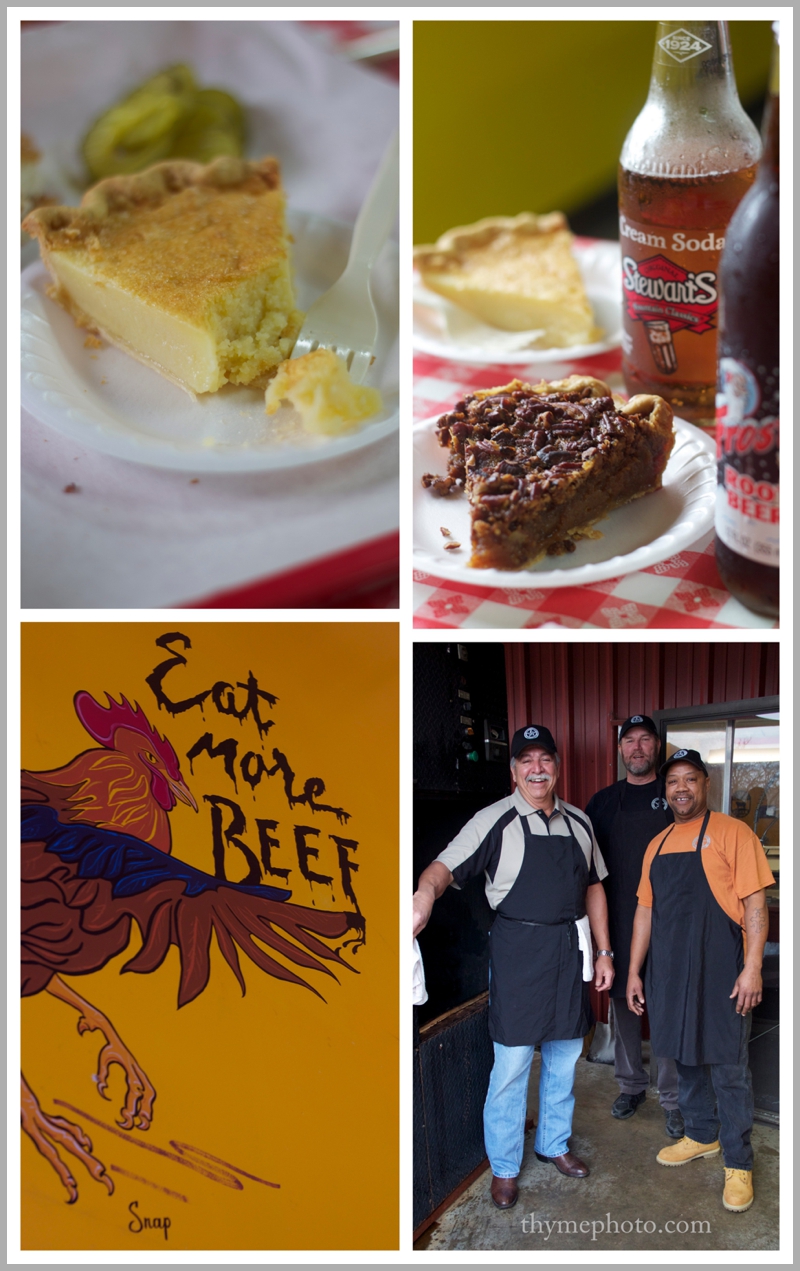 There were a variety of pies to choose and although we didn't know if we would have room leftover after the piled up brisket and deliciously spiced ribs and sides...we each slid over a cut of pie onto our trays.  Pecan pie slid on Patrick's plate and Buttermilk pie found its way on mine.

I didn't know it was buttermilk pie until I asked about it.  It looked like a custard flan cooked in a pie crust.  I had never even heard of buttermilk pie so it intrigued me. 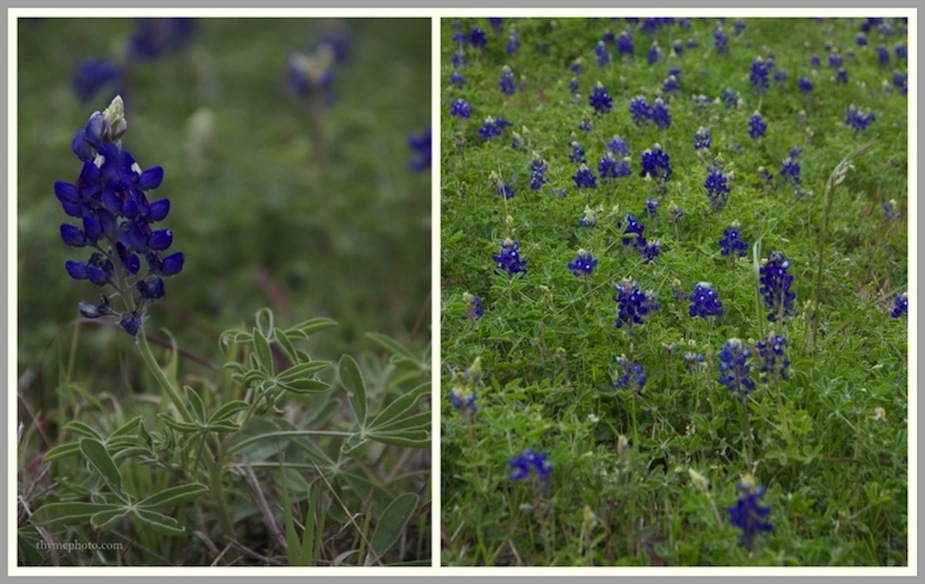 The brisket was smoked just right.  The ribs were juicy and spiced well.  We generously coated our beef and pork with the bbq sauces on the table.  We thoroughly enjoyed our first bbq stop indulgence at Cartwright's Smokehouse.

Unexpectedly, however, as good as the bbq was the pies  were a hidden delight of the meal.  The pecan pie was toasty and crunchy with a flavor that Patrick couldn't pinpoint but he would sure like to know what was in there.  Likewise, I took the first smooth bite of my buttermilk pie and reveled in its thick texture and layers of flavors.  The crust was sturdy but rich without being greasy.

We asked about the origin of the pies through mouthfuls of enjoyment.  We were told a local woman in the nearby town makes all the pies.  And what wonderful pies they were.  We'll definitely be stopping by Cartwright's Smokehouse again for their delicious BBQ ...and pies. 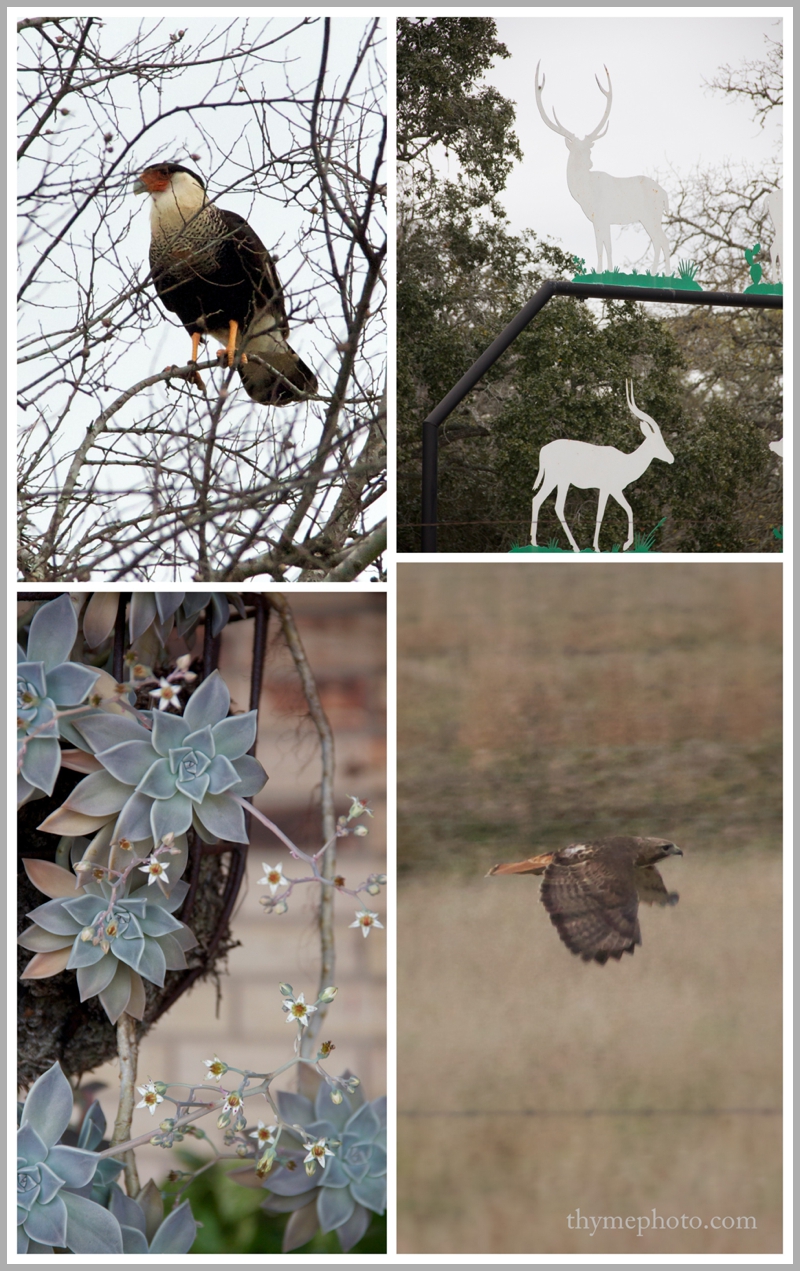 We thanked the warm-hearted staff of Cartwright's Smokehouse, praised their deliciously spiced and tender bbq, peeked in at their smoker, and pulled out of the pickup truck filled parking lot.

Time to ramble through the back roads a bit more, spot another potential bbq stop for our next trip and see if we can develop a discernment for the intricacies in the art and culture of barbecue. 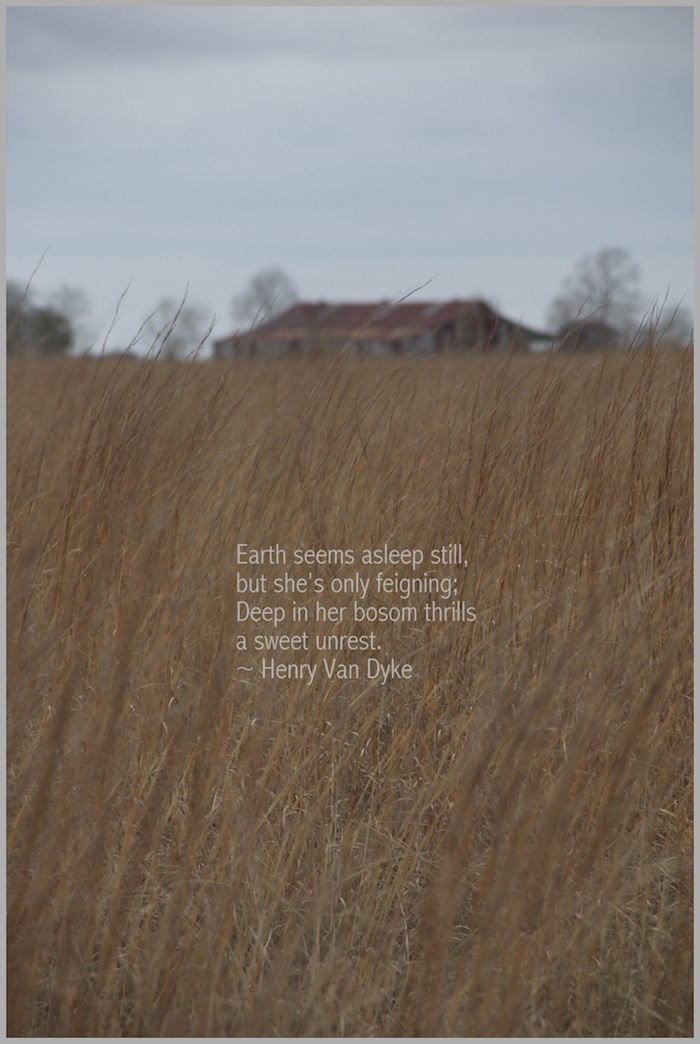 Watching the earth change through the seasons is what I am enjoying the most, in addition to the bbq stops and antique run-ins about these back country drives.

It's wonderful to see the hay bales being moved along the roads, studding the fields, and munched on by the cows.  The fields turn brown on one round of driving and then they are golden colored on the next.

Wild flowers range from sun kissed yellows, to sweet bright pinks of the Indian paintbrushes, to the stunning deep purple of the bluebells.

But, that buttermilk pie has made its mark.  We'll be flipping through cookbooks and talking to locals in this area to find out more.  I sure do hope that it will make an appearance here on 'thyme' very soon. 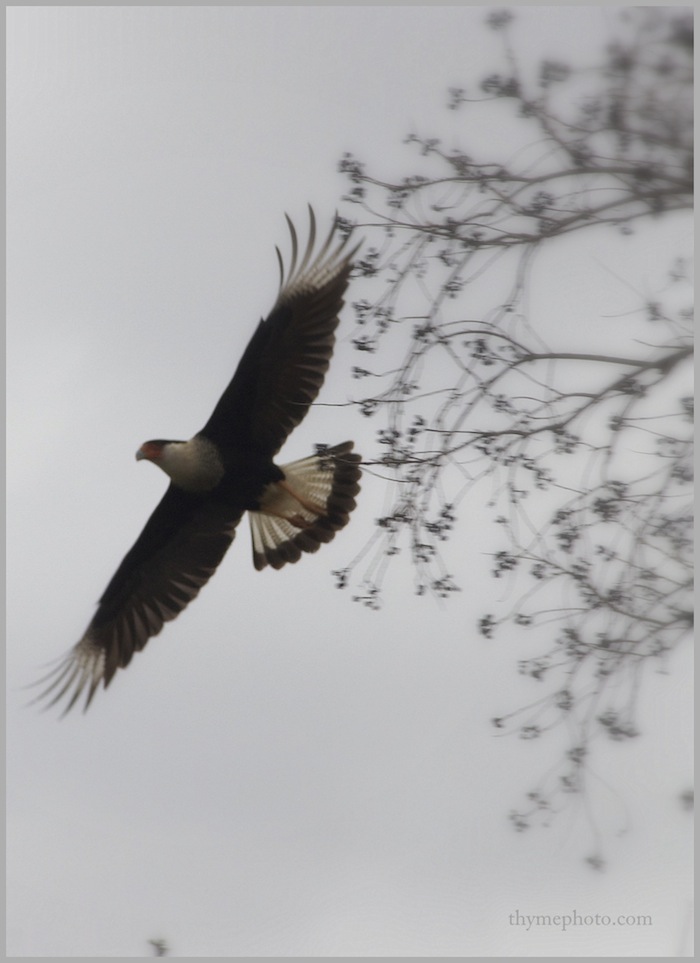 Cartwright's Smokehouse isn't the VERY first bbq experience that we've had on our brisket trail.  Last summer, we tried out the famous Franklin's BBQ in Austin.  The article can be read here.  We'll move on further and follow the trail of smokehouses till we find the next spot to try!