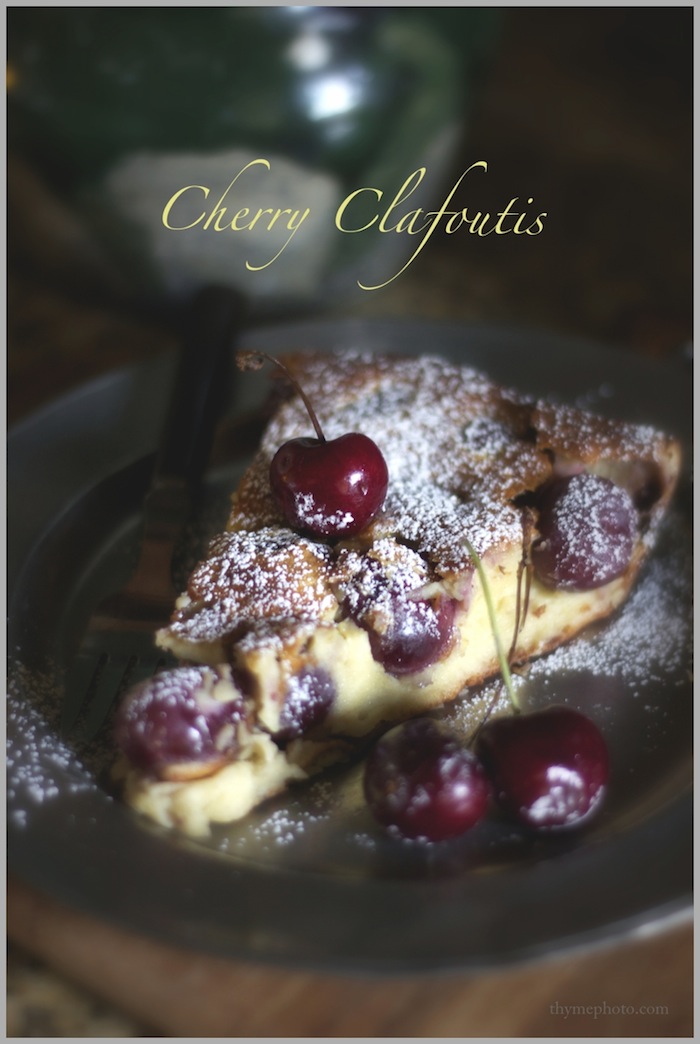 It never fails.  Whenever I travel to the West Coast, I am always impressed by the multitudes and varieties of cherries.  Cherries are one of my favorite fruits.  Growing up in S. Louisiana, I don't remember eating or even seeing cherries around very often.

When we lived in Michigan, cherries dominated the markets during the summer months and we couldn't eat enough of them.  We had a sour cherry tree in our backyard and we made jars of preserved cherries.  We went to many Cherry Festivals and ate all sorts of cherry goodies when we lived there. 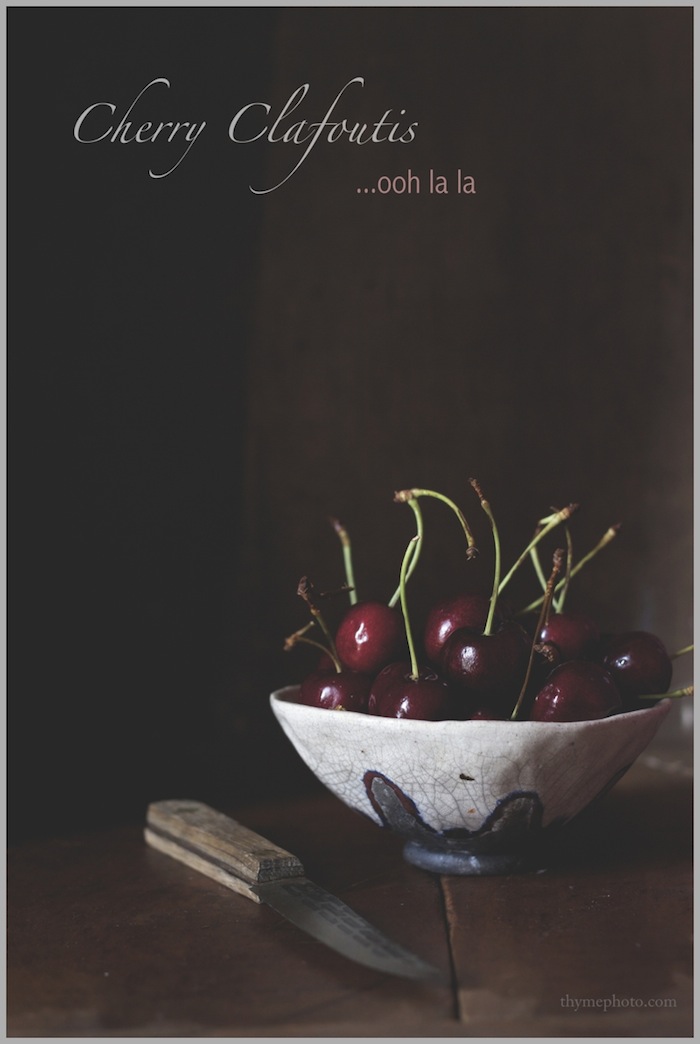 From Seattle's Pike Place Market to Portland's Saturday Market, cherries are bundled into crates and piled up side by side to present themselves in their sweet reds, yellows, and scarlet little chubby faces.  Whenever I see baskets of cherries, I just want to smile at their beauty as well as  cuteness.

This past weekend was so wonderfully quiet and slow.  I picked up a large bag of cherries from the market, looked forward to relaxing for two days while playing around in my kitchen making a cherry clafoutis. 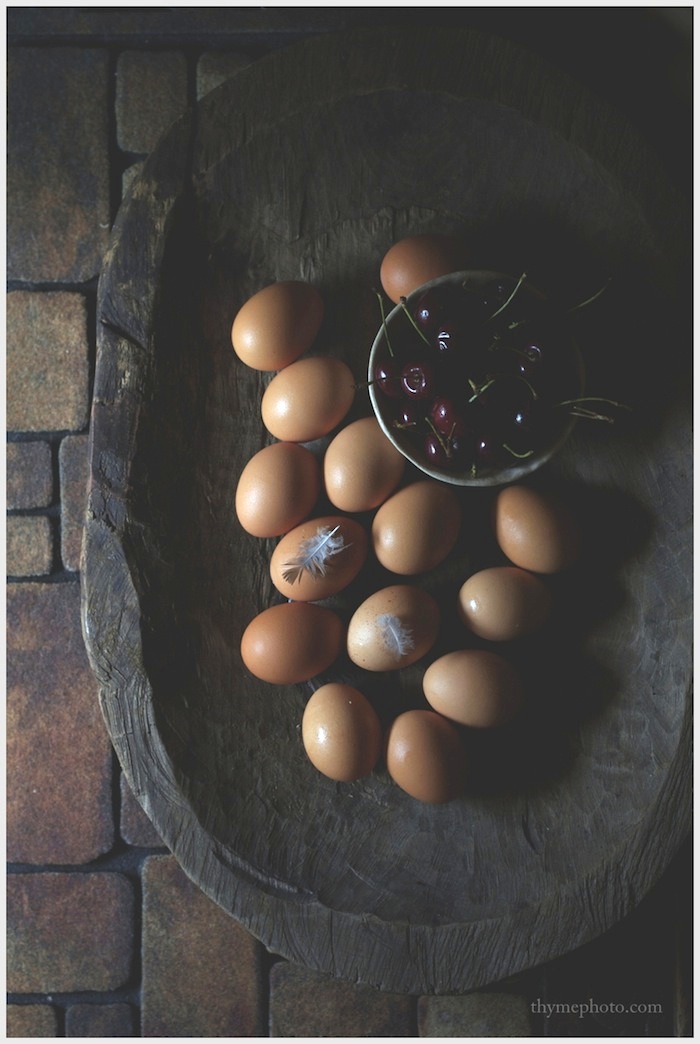 Making a "clafoutis" was a first for me.  I've seen them introduced by many of my favorite blogs using all sorts of berries as well as stone fruits.  I knew just how this bag of cherries was going to be used and I was eager to try my hand at the french country dessert that has become so popular in the U.S. 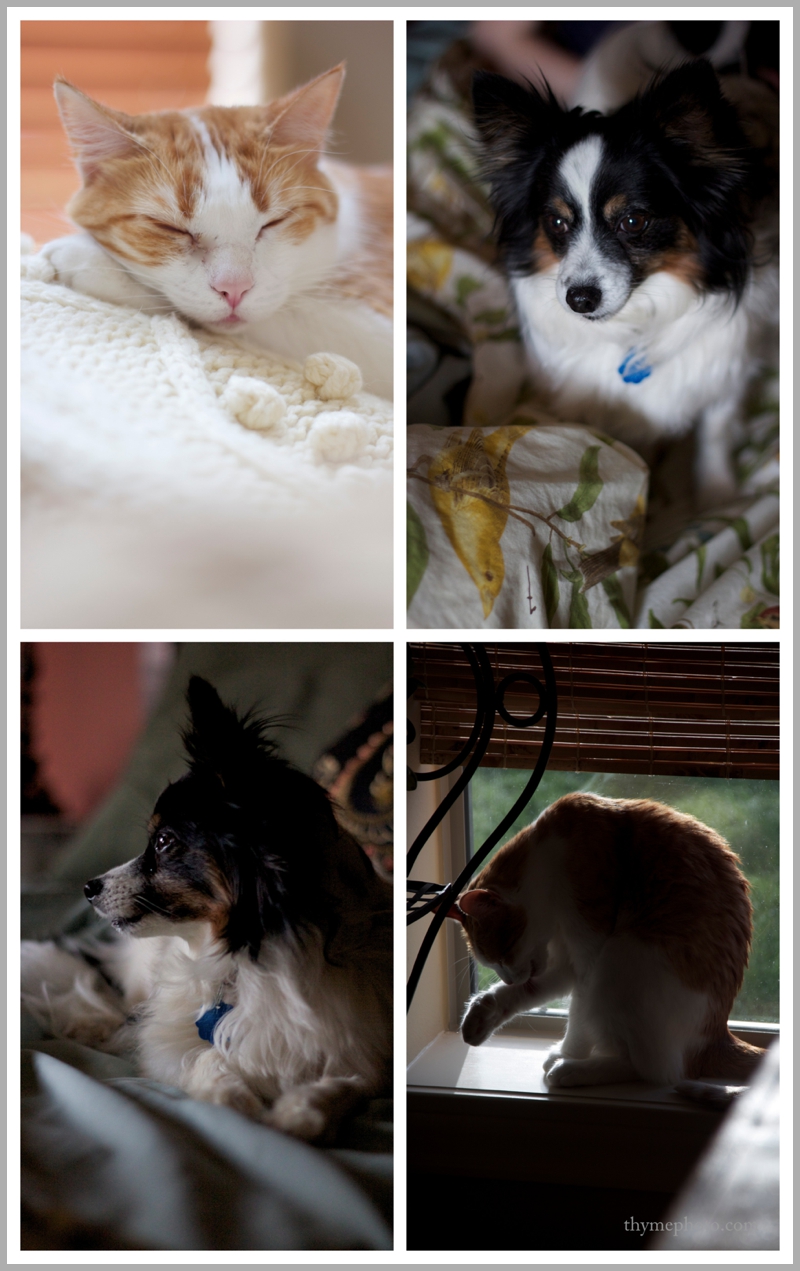 Since my teens won't tolerate me creeping up after them in order to expand my photographic skills, my eyes are quite often trained on Chester and Polly, our devoted pup and sweet kitty.  It is rather ridiculous how often they seem poised and primed for the camera.  So many sweet little moments they let me catch without any eye-rolling involved or running off in the opposite direction of my lens.  I was able to snap these cuties inbetween baking and relaxing. 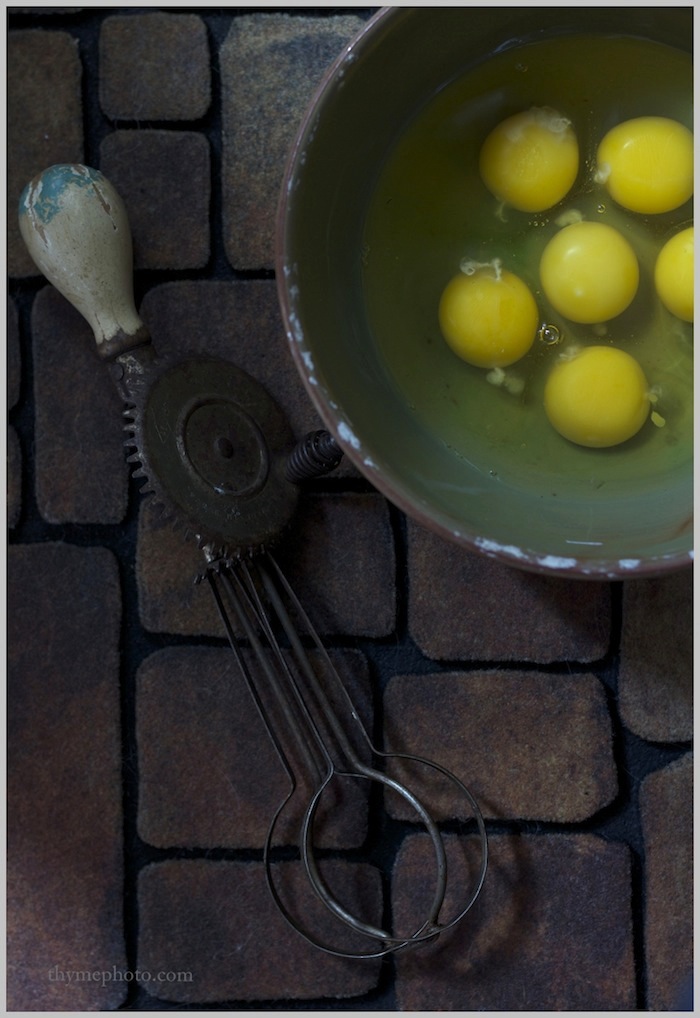 Of the recipes that I pulled up, many differed in the amount of eggs used for a clafoutis.  Some recipes called for 3 eggs, others 4, and still others 6.  Since I love eggs baked into desserts, I decided to follow the recipe by Saveur Magazine that included 6 eggs. 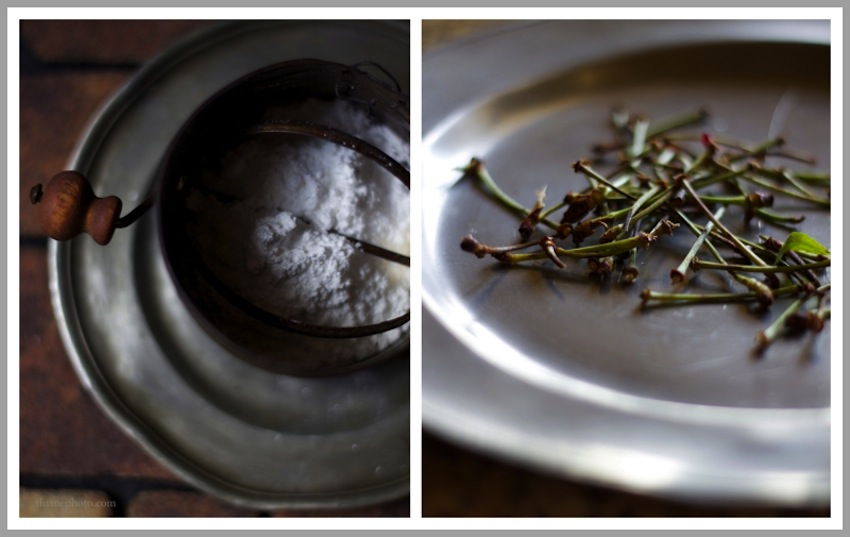 Some recipes recommend that you pit the cherries while others put whole cherries right into the batter.  I would definitely recommend pitting the cherries beforehand in order to make it much easier to enjoy each delicious spoonful without working to take out that pit mid-bite. 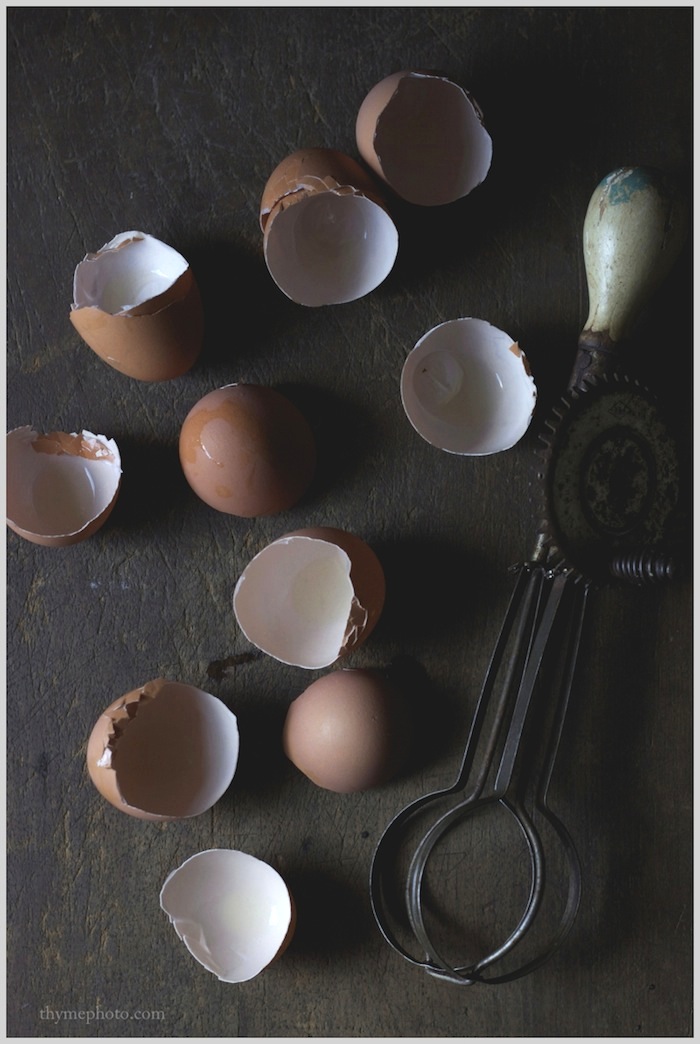 We enjoyed this rich and custardy dessert this weekend with P.'s parents as they made their way back from a week of exhausting house hunting on the island.  Seeing photos filled with palm trees and sandy beaches was fun.  Perhaps Christmas this year will be one filled with white sand instead of white snow! 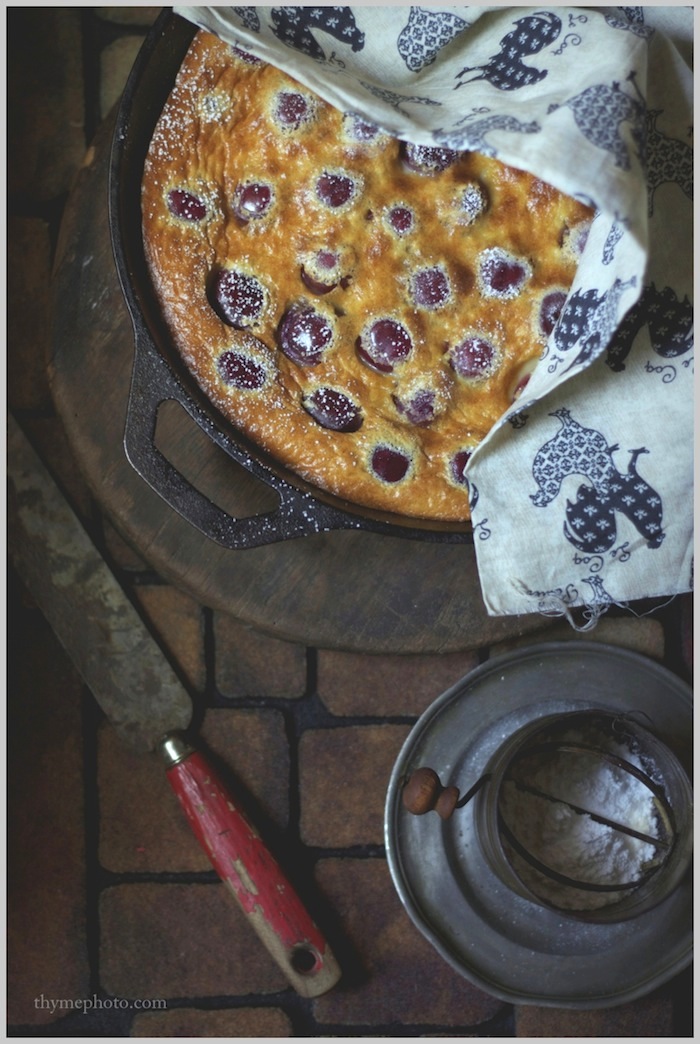 When pitting my big bag of cherries and mixing them carefully into the Clafoutis batter, I couldn't help but remember seeing delicious cherries recently out West on that fabulous trip to San Francisco.

Since it was a quiet weekend at our house, with everyone off doing their own activities, I decided to fix a hot mug of coffee, cut a slice of leftover cherry clafoutis and sort through the photos that I took that captured the fabulous day P. and I spent with the walking tour group, Avital, in San Francisco. 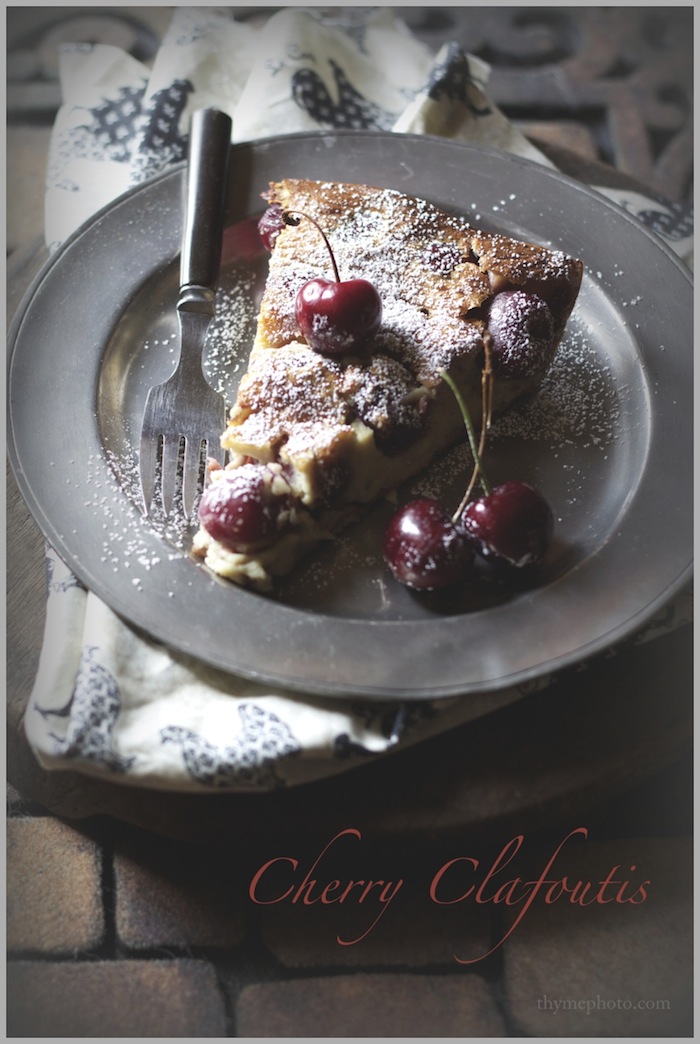 Avital Tours is a walking food tour group in San Francisco that takes foodies behind the scenes to meet restaurant owners, chefs, and industry experts for a fun and unique tour of the Mission District of the city.

The tour was fabulous.  The food options were tasty and diverse, and our tour leader, Harley, kept us laughing and amused the entire time.  Harley, born in London, but raised in NY, has an infectious personality that makes him instantly likeable.

As a mother of a teen daughter, I didn't know whether to slip him her phone number or whether to pinch his adorable cheeks and adopt him as another son!  I kept myself in check, however, but won't hesitate to say that Harley, with his big smile, twinkling eyes, and adventurous stories of treks around the world, makes  a first class food tour guide.

The Mission District, a neighborhood in San Francisco, is south of the business district off of Van Ness Avenue.  People from Mexico migrated to this area of the city as well as people fleeing civil unrest in Central and South America during the 1980's and 90's, giving the area a distinctive Latino feel.

During the 1980's, a wave of gang activities dominated the area and tough fought boundaries were established.  Then in the early 2000's, with success of the dot com industries, many businesses moved into the area with inhabitants introducing the hipster lifestyle and many 20 and 30-somethings moved in fixing up many of the buildings, introducing shops and restaurants, and giving the area its characteristic eclectic artsy-feel that it has today.

One of the first things one can't help but notice in this area of the city, besides the hip and cool residents making this part of their city artsy and attractive, are the many colorful murals painted on the walls of buildings.

There is barely a block in the Mission district that doesn't pop with some attractive and thought provoking display.  Many social, political, and community concerns are played out in these murals.  These paintings first began to appear during the 1980's as an expression of artists' outrage over human rights and political abuses in Central America.  There are even tours of the area that focus on the history and messages of these lively and telling murals. 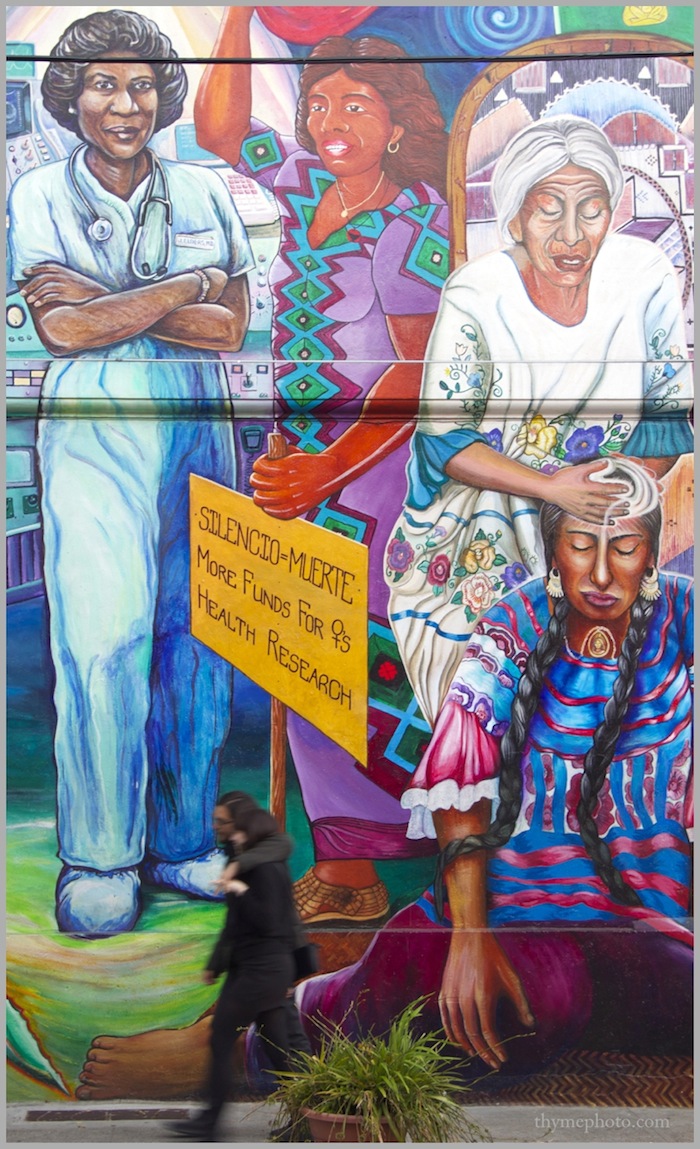 With such rich ethnic diversity having settled in this area of the city over many decades, the food scene is quite vibrant and reflective of the multi-storied history of residents that has lived, worked, and sought refuge here.  The Mission has become a popular neighborhood of the city.

Our food tour promised to be a fabulous one from the start as the murals on the buildings fascinated us immediately.  We strolled along learning about the history of the area, and diverse tastes of a variety of cuisines were lined up for the evening walk. 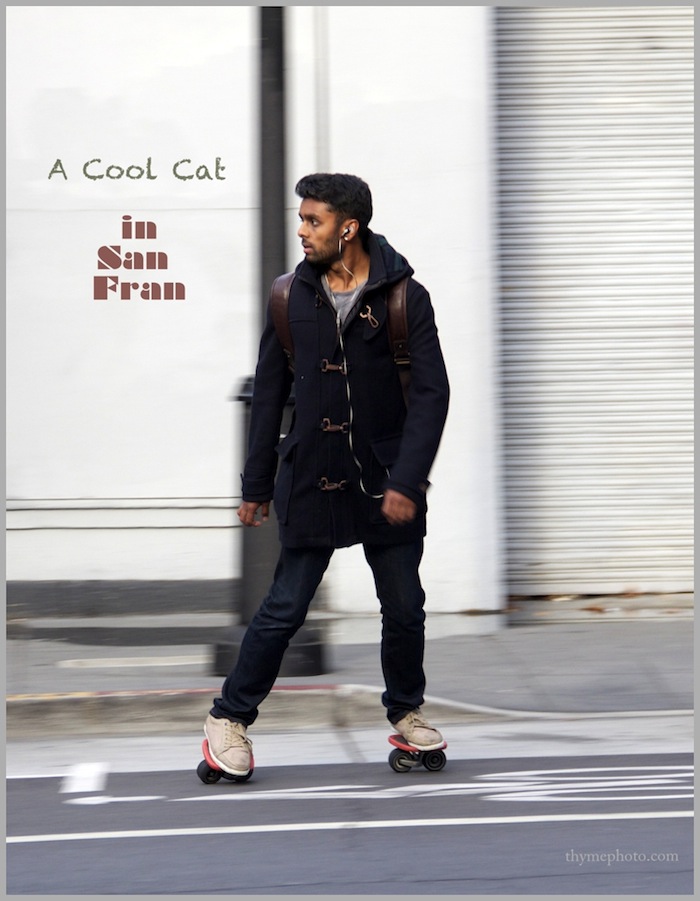 The first stop on the tour was to Mission Cheese on Valencia Street. Items on offer at this hip and cozy little restaurant outfitted in richly hued thick woods, metallic accessories, and concrete walls, include cheese flights, housemade charcuterie, housemade pickles, locally sourced olives, and a variety of delicious sounding sandwiches. 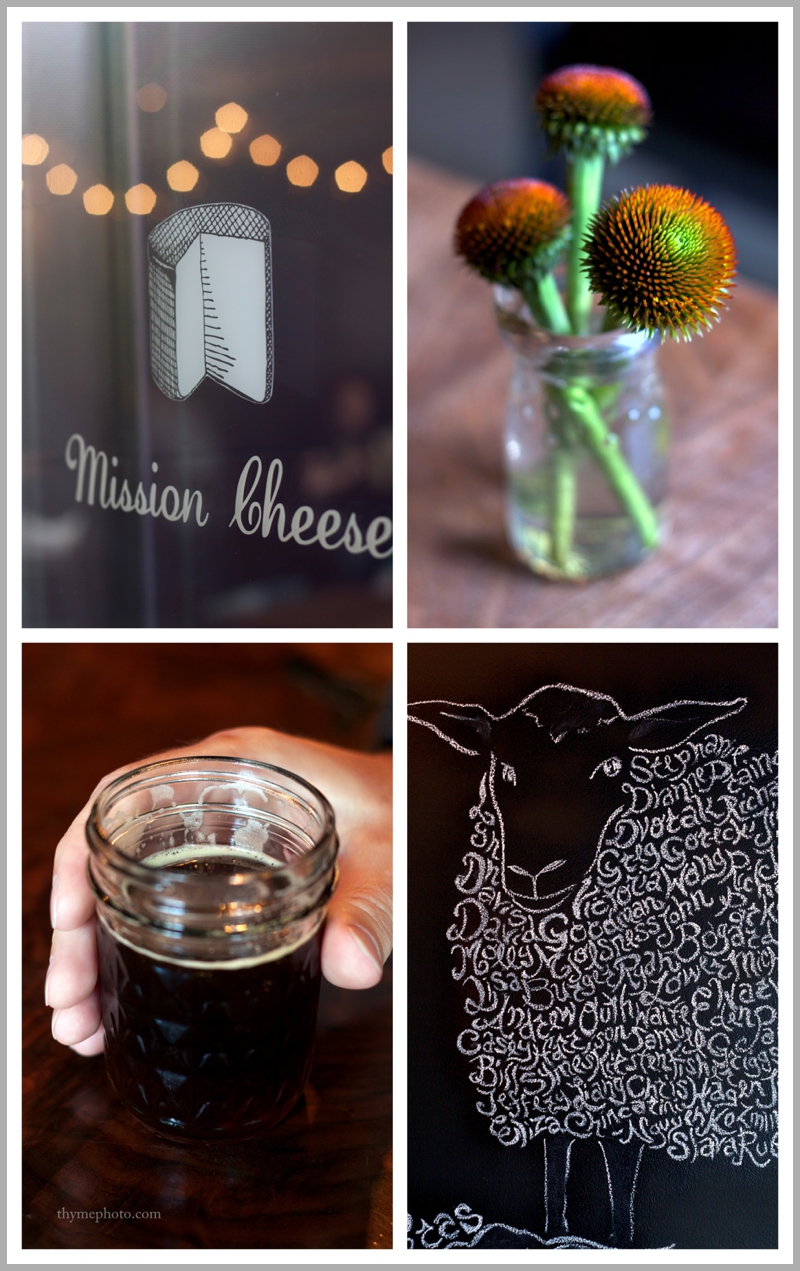 We sampled glasses of their beer which are all carefully selected in order to compliment the varieties of cheese on the menu.  The staff at Mission Cheese can patiently tell you more than you ever imagined about their selection of cheeses and as one diner put it,

"it's like a blend of California meets Paris with their hip and trendy vibes marrying well together." 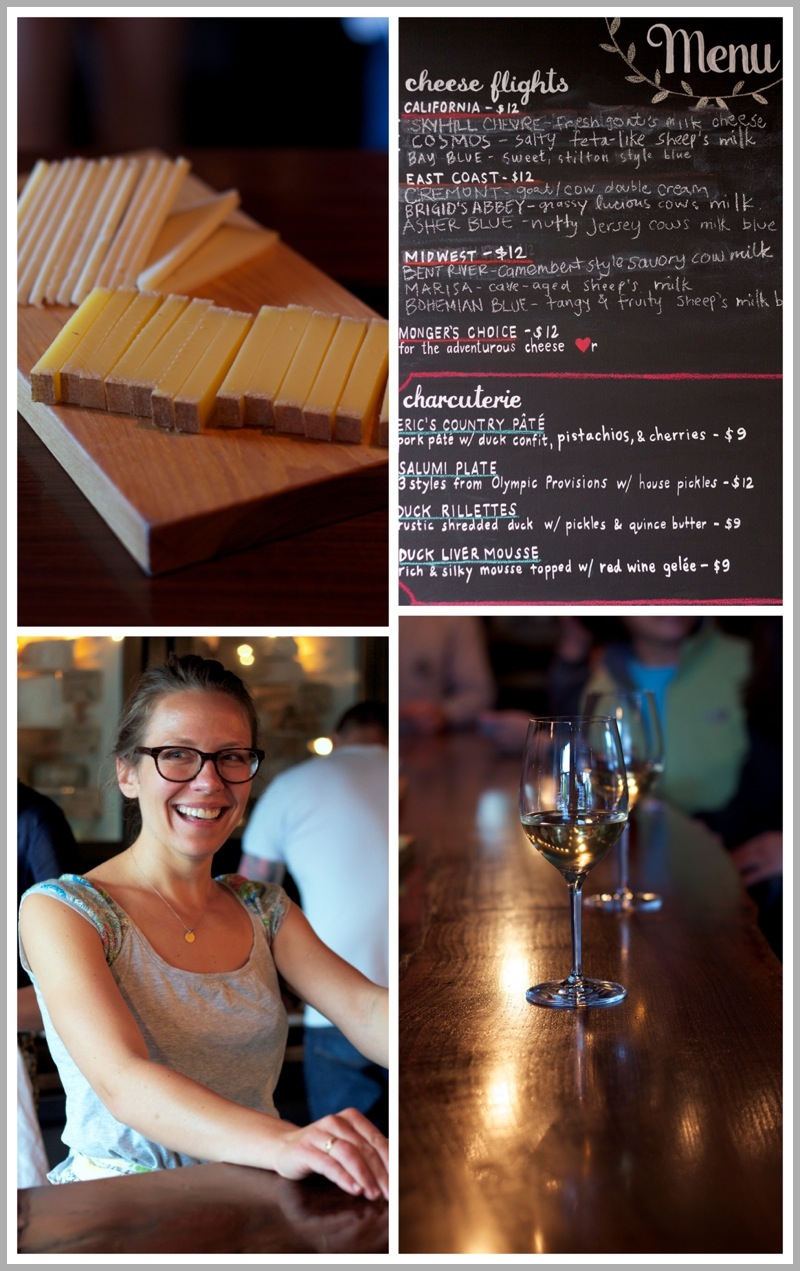 After sampling some of their beer and cheeses, we headed off along the fun streets of the Mission to our next stop.  There is definitely a vibe in the Mission area of youthfulness, hipster style, and effortless cool fashion all showcased by the fabulous murals punctuating the city blocks.  I loved the street scenes almost as much as the foodie stops. 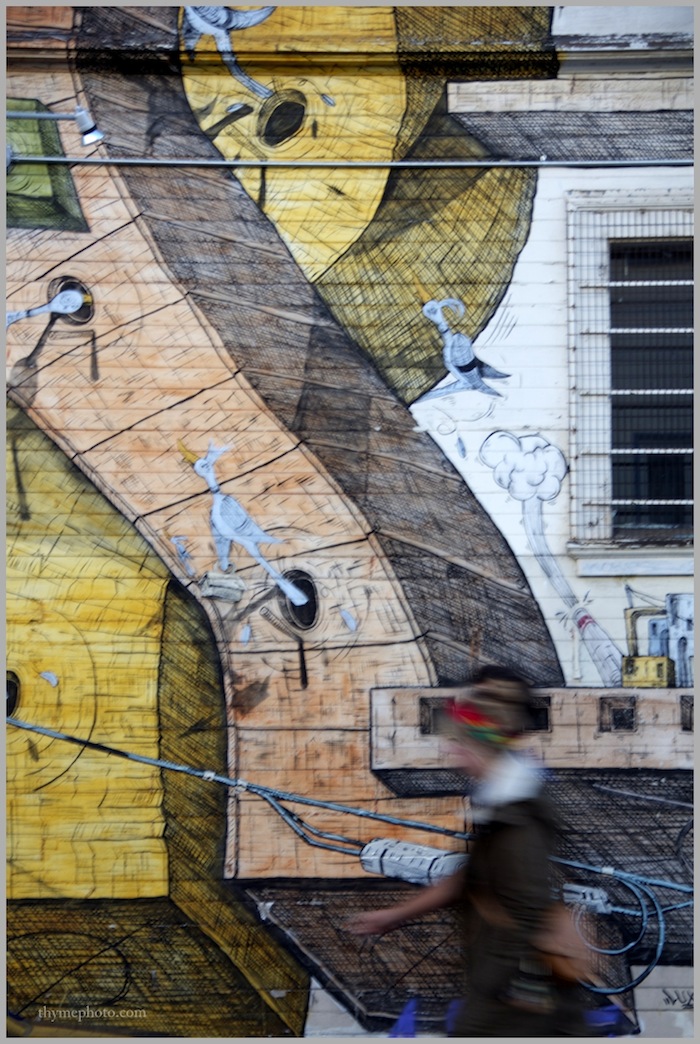 Harley, full of banter and enthusiasm for the area, took us to a very chic bar called "Hog & Rocks".  Whereas, Mission Cheese had an earthly recycled style, Hog & Rocks, had a sleek urban coolness.

Without hesitation, we were treated to a delicious and cooling cocktail.  The mood was lively, casual, but oh, so stylish.  This bar features those who proclaim themselves to be "oyster eaters, ham fans, and whiskey lovers". 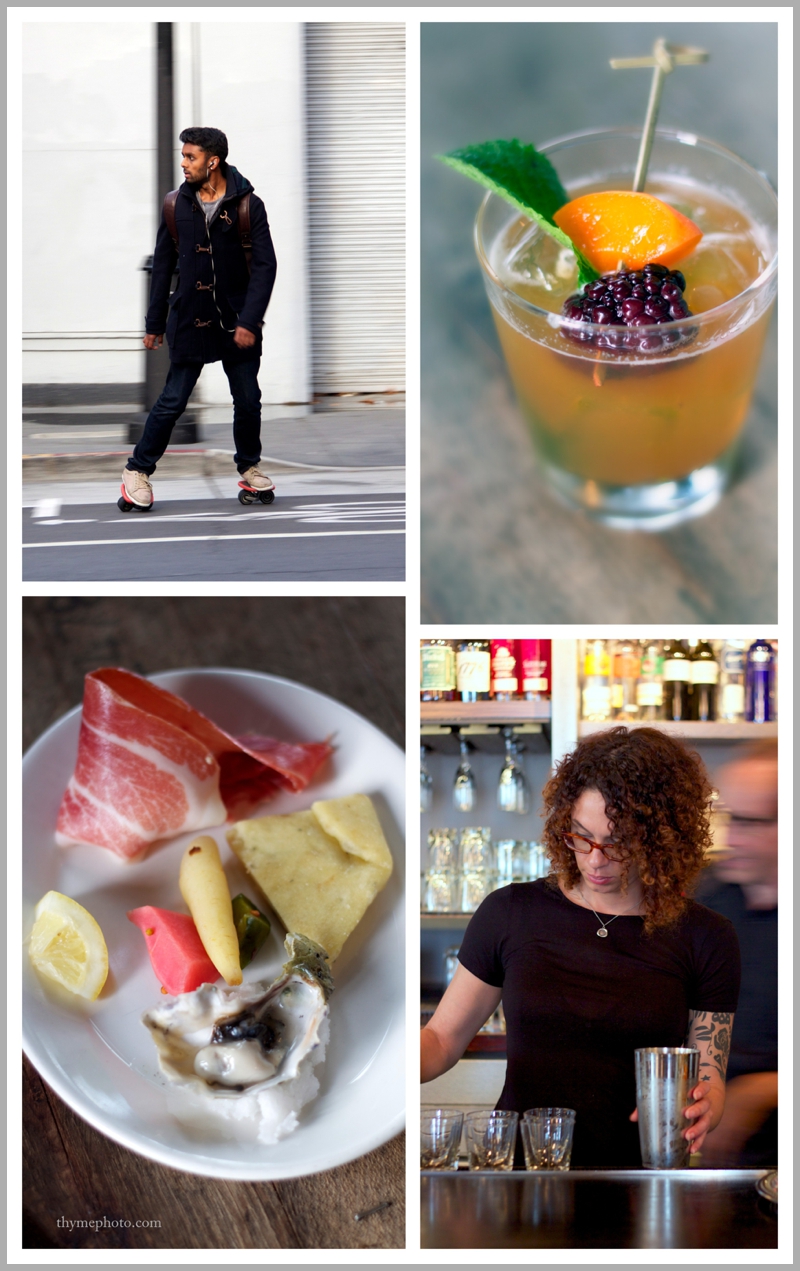 Recently, Hog & Rocks, earned a top spot as one of San Francisco Chronicle's Top 100 Bay Area Restaurants.  We sampled a ham and oyster plate.  The ham was thinly sliced and velvety and the oyster fresh, cool, and salty.

The cocktail menu is fun and diverse with cocktails ranging from a "Figment of my Imagination" to a "Bittered Sling". There was nothing stuffy about this gastropub and our group relaxed in the lively open atmosphere. 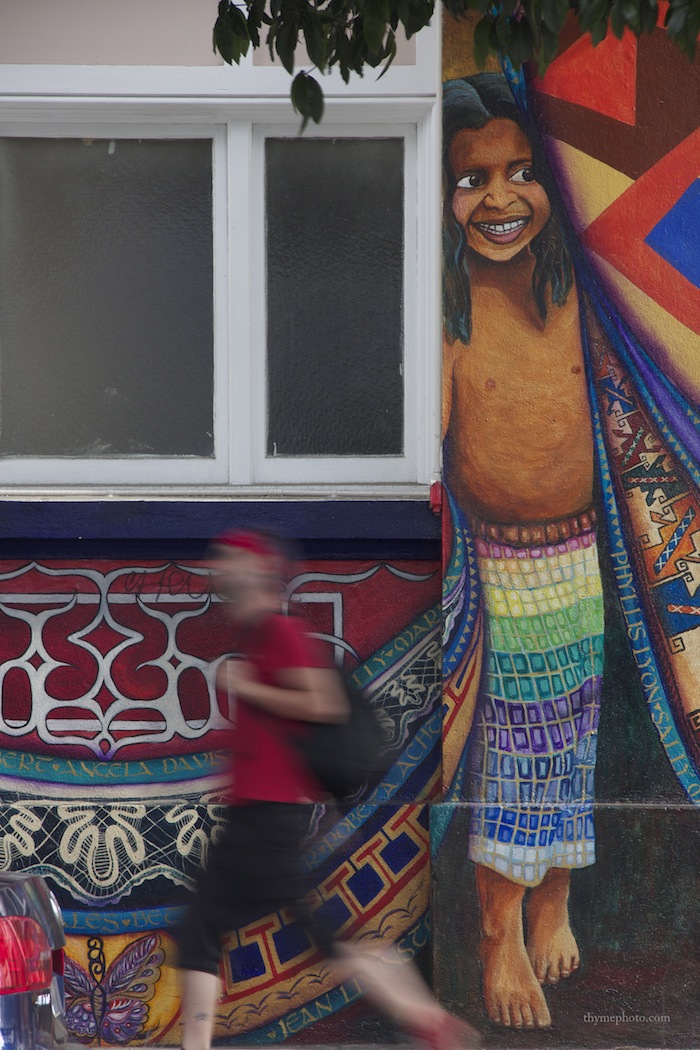 The next stop, Venga Empanadas, had everyone smiling and hungry for something more than just nibbles.  Is there anyone who doesn't like empanadas?  Venga has a delicious assortment of meat as well as vegetable stuffed empanadas that are all baked fresh (not fried) daily.

We were led to the back of the restaurant where the chef was ready to show us the process for making empanadas.  Venga was founded by Manuel Godino, who came to San Francisco by way of Madrid and Buenos Aires and because he couldn't find a source for authentic empanadas, he opened up his own place in the Mission District.

We sampled the argentinian beef, the gaucho chicken, and the sweet corn empanadas.  They were hot, spicy, flavorful, and delicious.  Several sauces accompanied the empanadas.  Whereas, I loved them all, the earthy pesto sauce was my favorite for spooning over the freshly baked and cheesy stuffed goodness.  A great stop for a food tour.

A fun and unexpected stop was next on the tour.  While stopping to admire more murals and discuss and learn about the various political and social strife that has taken place in the area during the 1800's and 1900's, we made our way to a sweet little grocery called Bi-Rite Market.

Bi-Rite Market prides itself on the value between the customer and the vendor they are sourcing for their products.  From the time this cozy little shop opened in 1940, it has been an institution in the Mission District. 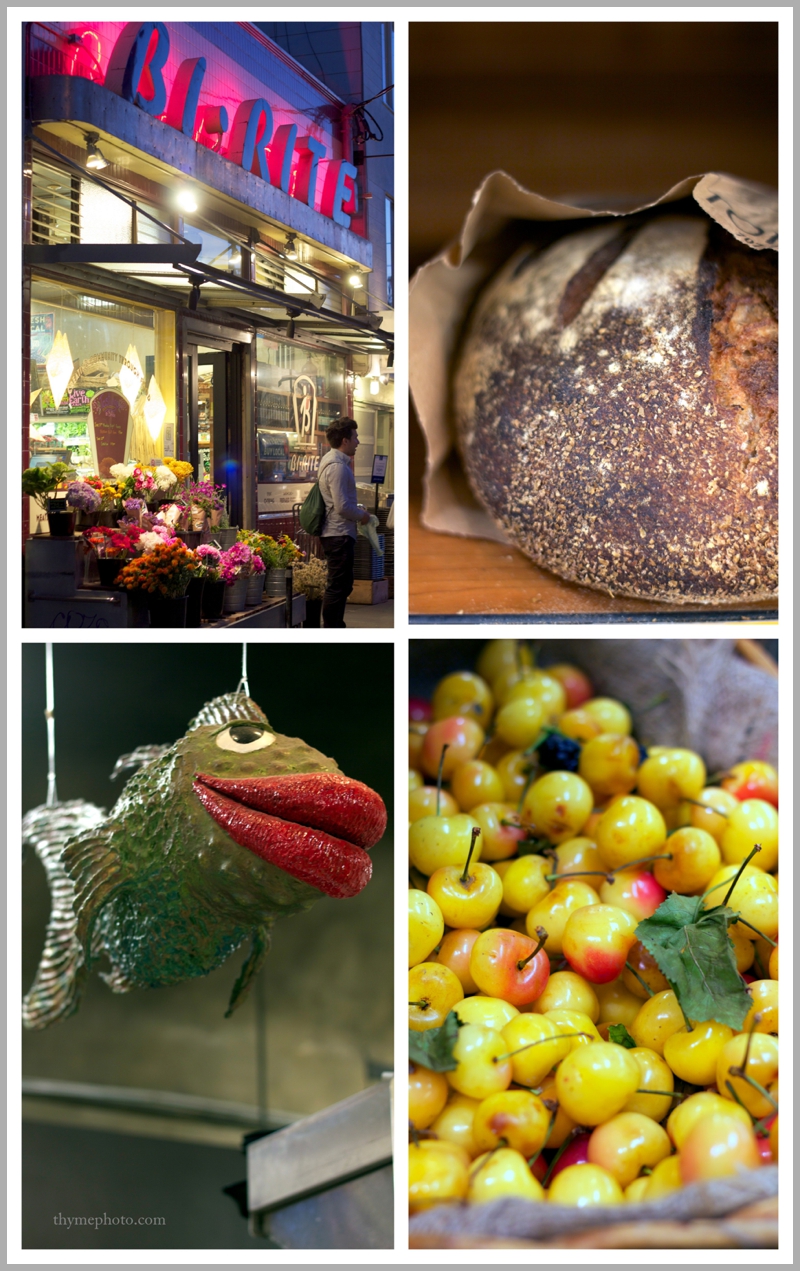 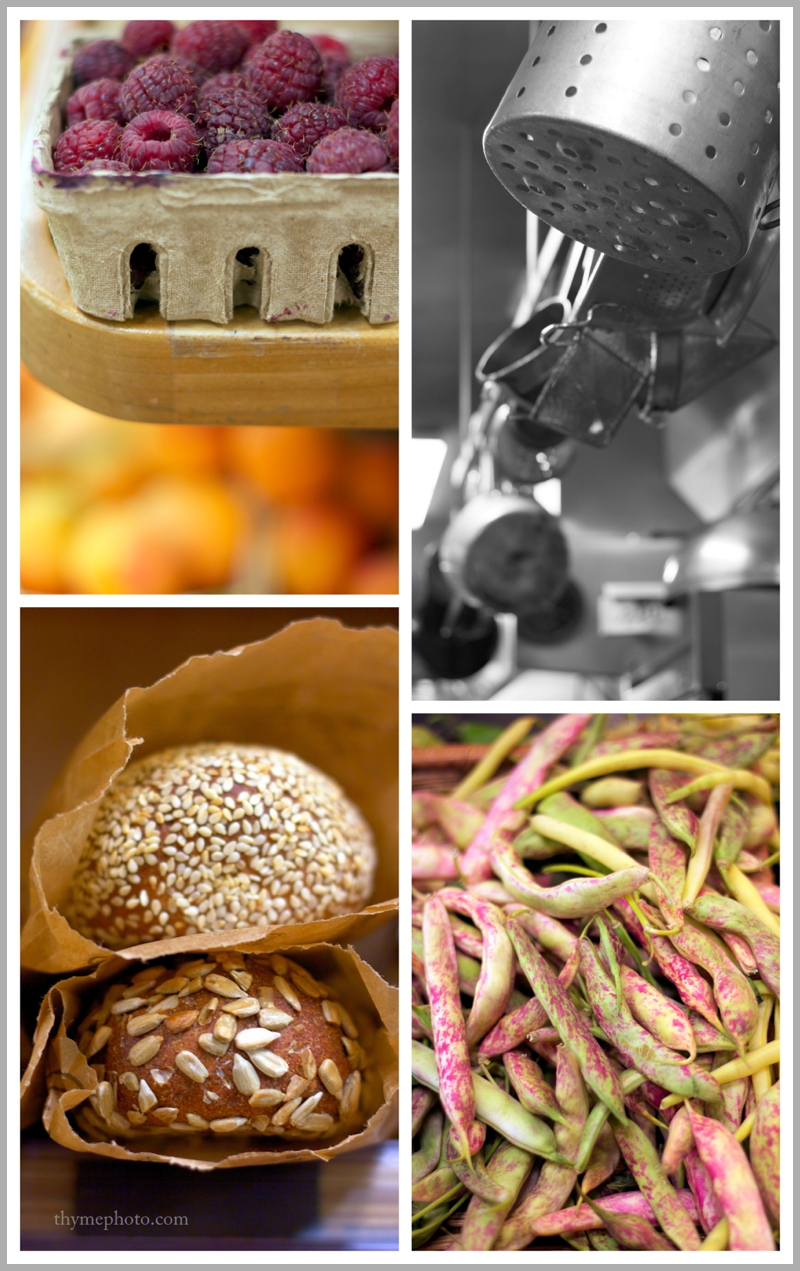 And last but not least of all, brought us to the tiny hole-in-the wall known as Bi-Rite Creamery.  As early suppliers to the Bi-Rite Market nearby, the owners of this little shop decided to take advantage of the area to open up a sweet shop. 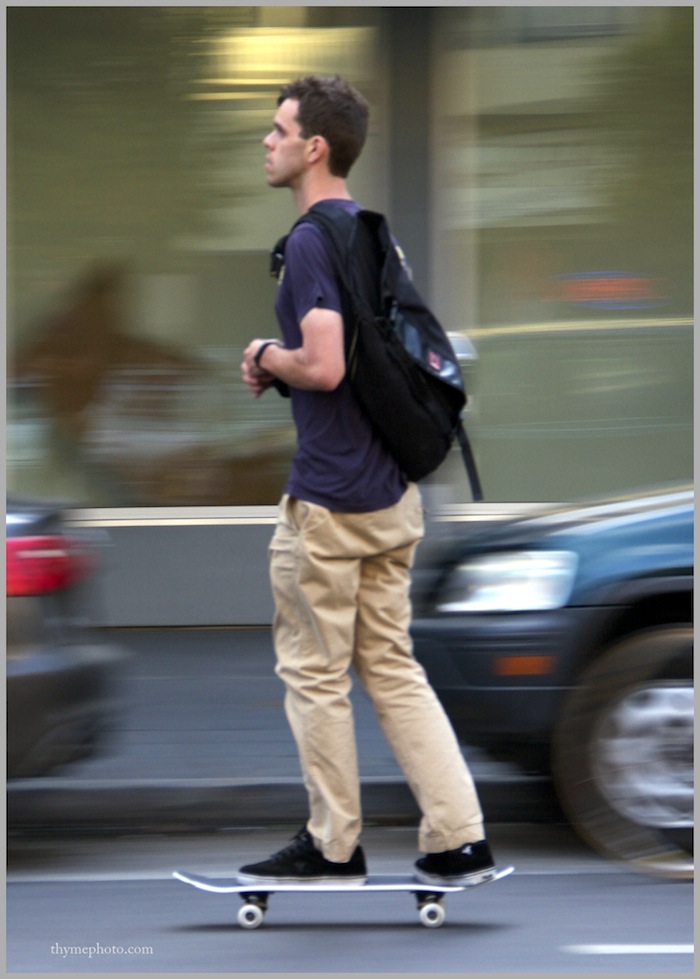 They source their dairy from the Straus Family Creamery Organic Dairy Farm and their flavors rarely have more than five ingredients, no stabilizers, nothing artificial.

They have a bakery right next door where they hand make all of the goodies that go into the ice cream like almond toffee, honey lavendar, and house-made marshmallows.

That night, as the line was out the door and down the block, we were able to slip right in and take up what limited seating was inside.  We all huddled together chatting away.  But, when the salted caramel cups were passed around, little chatter could be heard anymore.

Yes.  It was that good.  I was thinking that the line outside was more for the hispter crowd to meet and mingle with one another.  I'm not a huge fan of ice cream so I didn't expect to have a definite opinion either way about the experience.

That being said,  every bite was bursting with rich and creamy flavor.  It truly was an ice cream worth standing in line for and hipster or no hipster, I would probably join the line the next time for another scoop of that divine concoction. 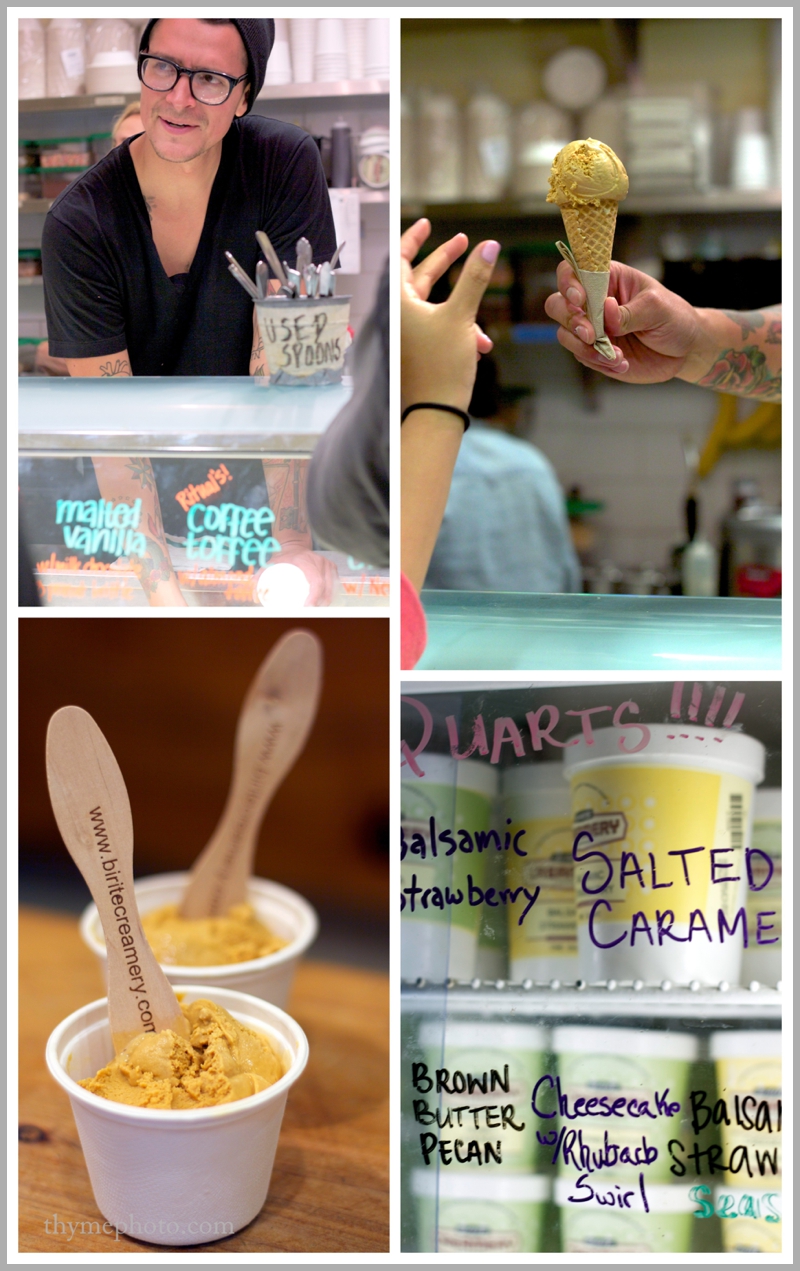 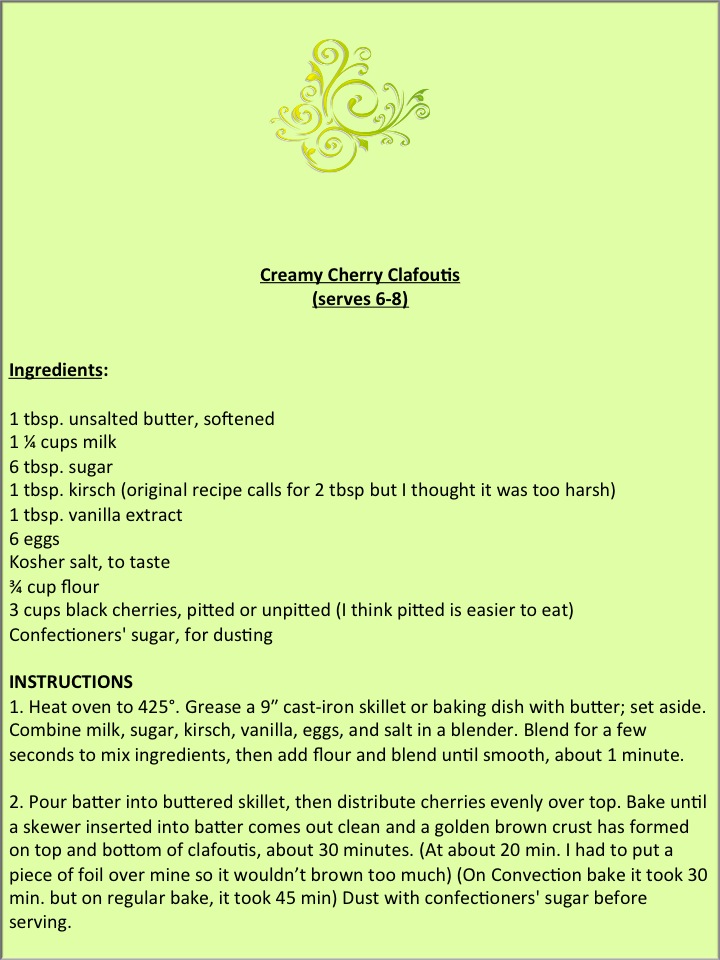