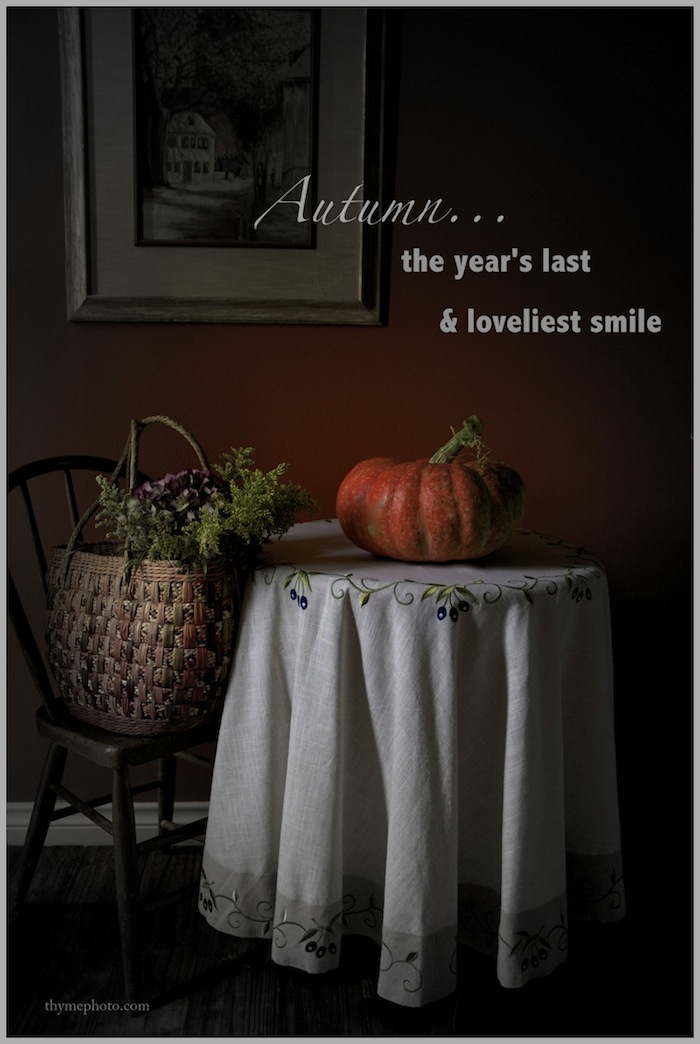 Can you feel it?  The wonderfully relieving lift in humidity,  the slight nip in the air early in the morning, and the beginnings of a slight shiver again later in the evening.

If you live down here in the south,you can most assuredly feel it, alright.  Summers are difficult to bear down here.  The humidity is oppressive, the sun harsh, and, by late August, the concrete jungle of Houston can seem impossible to accept any longer. 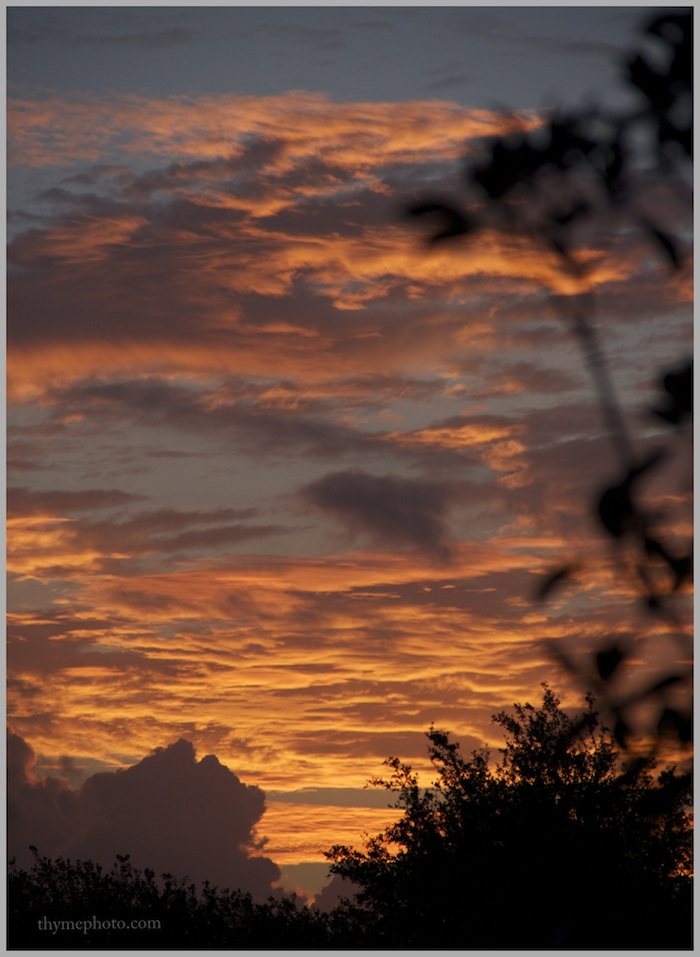 And then, in a welcome shift, September sweeps in.  Tinges of color appear in the leaves of the trees. Anticipation mounts for the thump of pecans soon to fall to the ground. Mornings and evenings whisper cool hints of relief, and thoughts of hiking or biking seem inviting again.

It is almost that time when windows can be pulled open, fresh breezes invited to sweep through the house, and drapes flutter delicately in the glorious magical dance of fall. 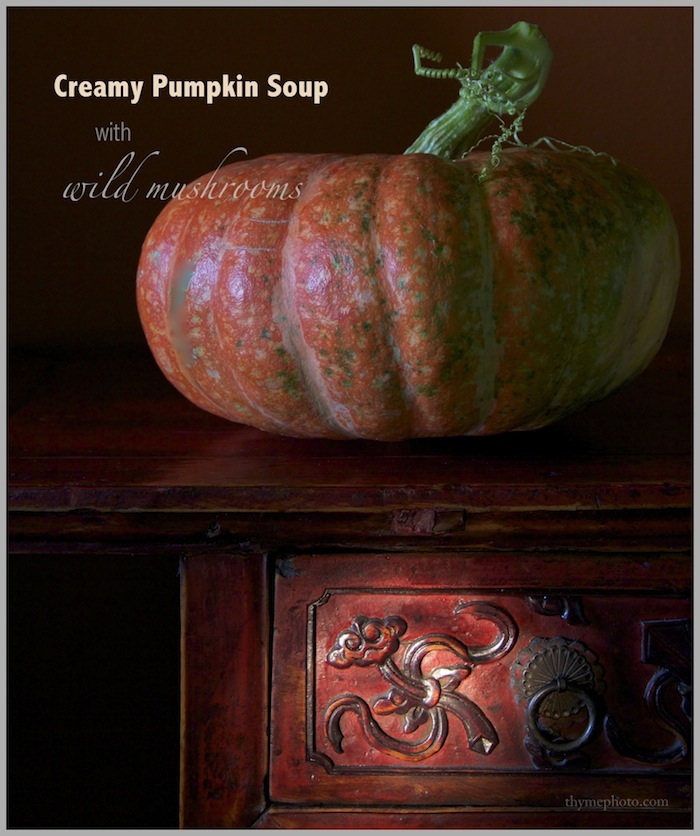 Fall is my favorite season of the year.  My energy level soars.  My desire to nest, purge, organize, and yes...create in the kitchen... takes off with renewed vigor.

I have an entire line up of delicious dishes that I can't resist making at this time of year...sage scented sausages, creamy garlic roasted butternut squash, spiced chili with my favorite cornbread recipe, a big steaming pot of oyster and okra gumbo...the list goes on and on. 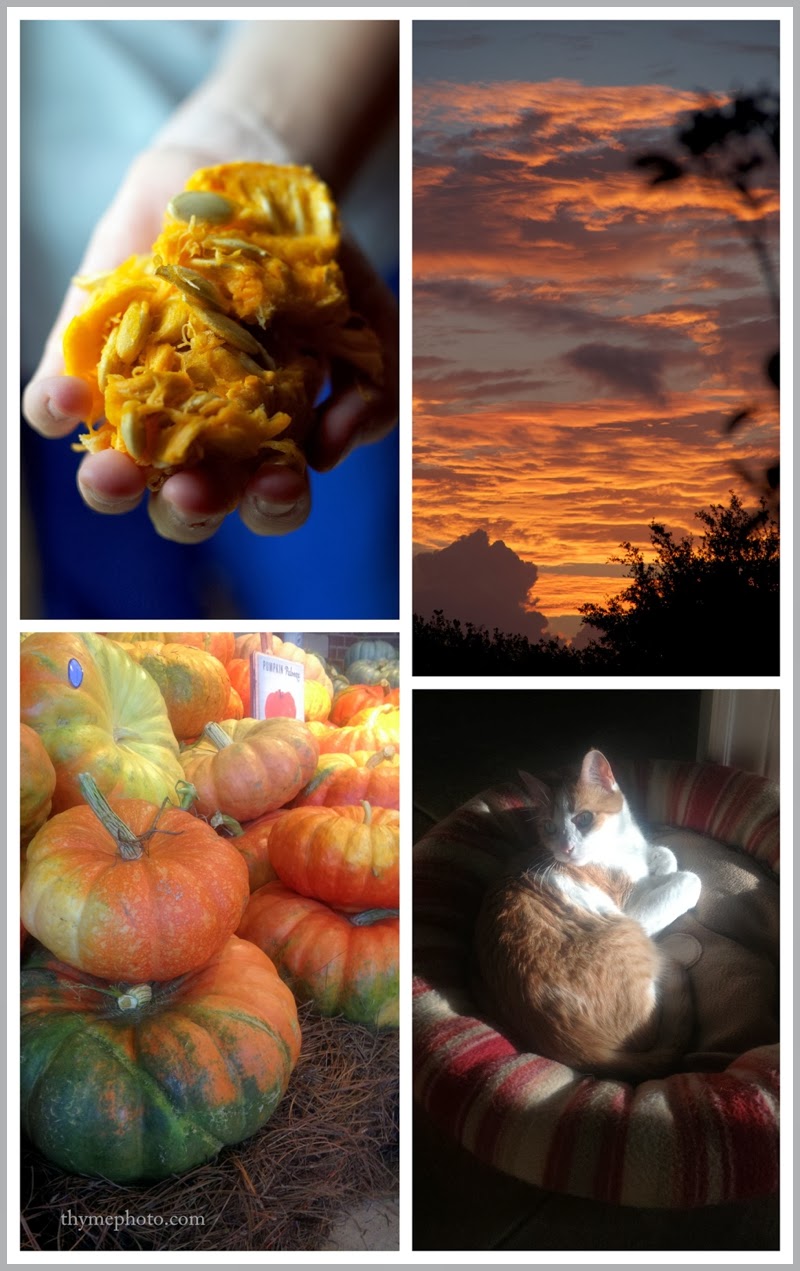 I know it sounds terribly ridiculous, but I have several ideas scribbled down for Christmas dishes that I want to try.  Several recipes involve roasted chestnuts (quite foreign down in the south), a newly discovered sticky toffee pudding from our PEI road trip that I must taste again, and a deliciously spiced mulled wine that beckons to be made this year.

But, I realize I am 3 steps ahead of myself.  We have Halloween (which means my son's birthday month meal), Thanksgiving (which this year will be in Oregon), and then finally Christmas! 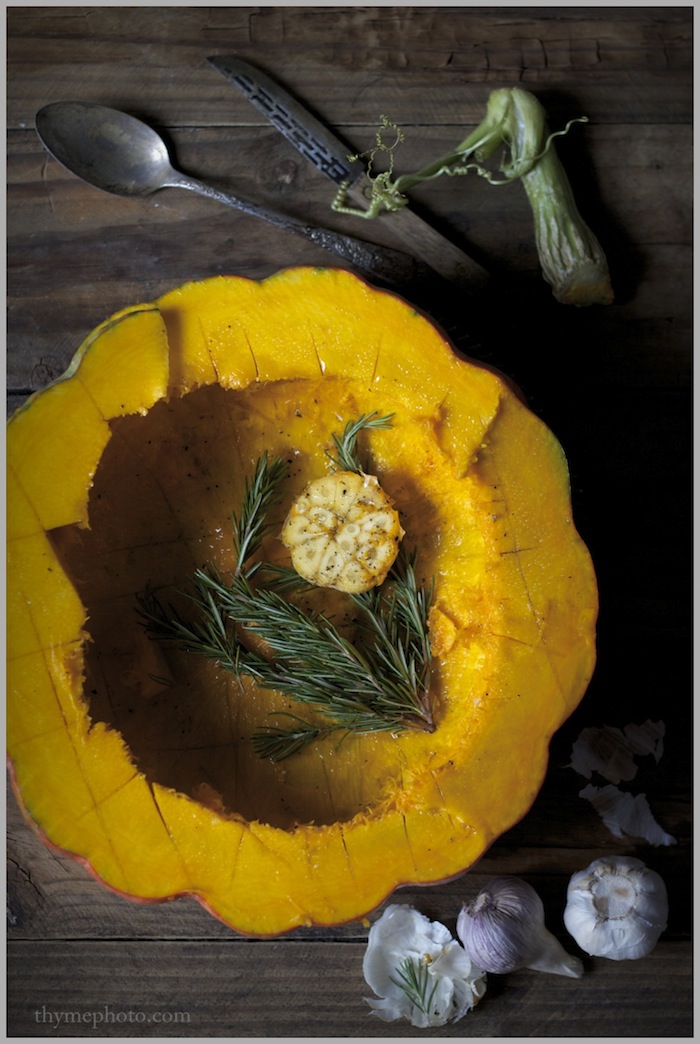 I was up bright and early Saturday morning.  With list in hand, basket at the ready, and coolness in the air, I was ready for a day of shopping, cooking, and the reward at the end...eating!

The pumpkins are here.  And this year, they are even more varied and beautiful than ever.  There was the pile of filmy grey ghost pumpkins and another pile of the plump and robust orange carving pumpkins; all piled up high in wheel barrels and nested together with rolled up hay bales. 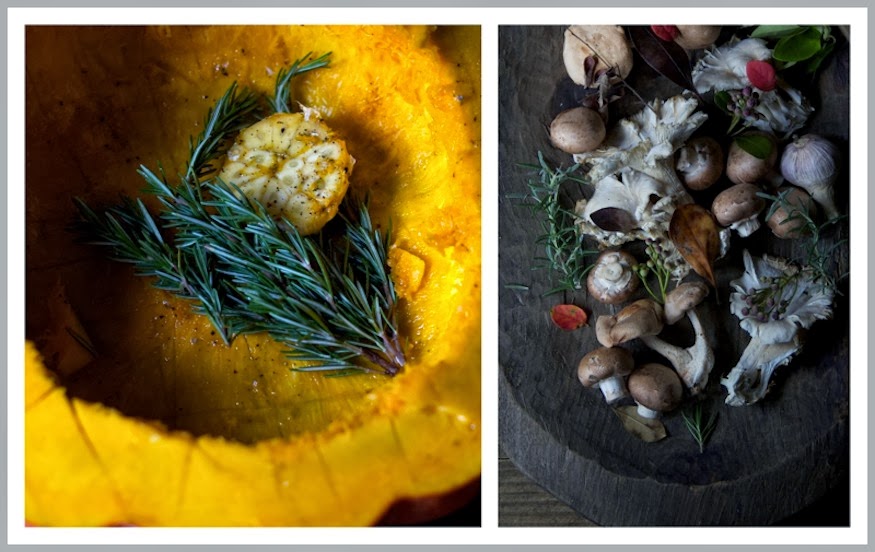 My eye was drawn directly to the pile of "Cinderella" pumpkins. I had just finished watching Gordon Ramsay's Christmas dinner special the night before.  He and his young daughters roasted a Cinderella pumpkin with rosemary and garlic and made a gorgeous velvety pumpkin soup for their holiday dinner in England.


I typically make a big pot of soup to last us for lunch throughout the week (if it hasn't been noticed on Instagram!) and there was no doubt that not only was pumpkin soup ready for this weather, but I wanted to try Gordon Ramsay's particular recipe because it looked especially lovely. 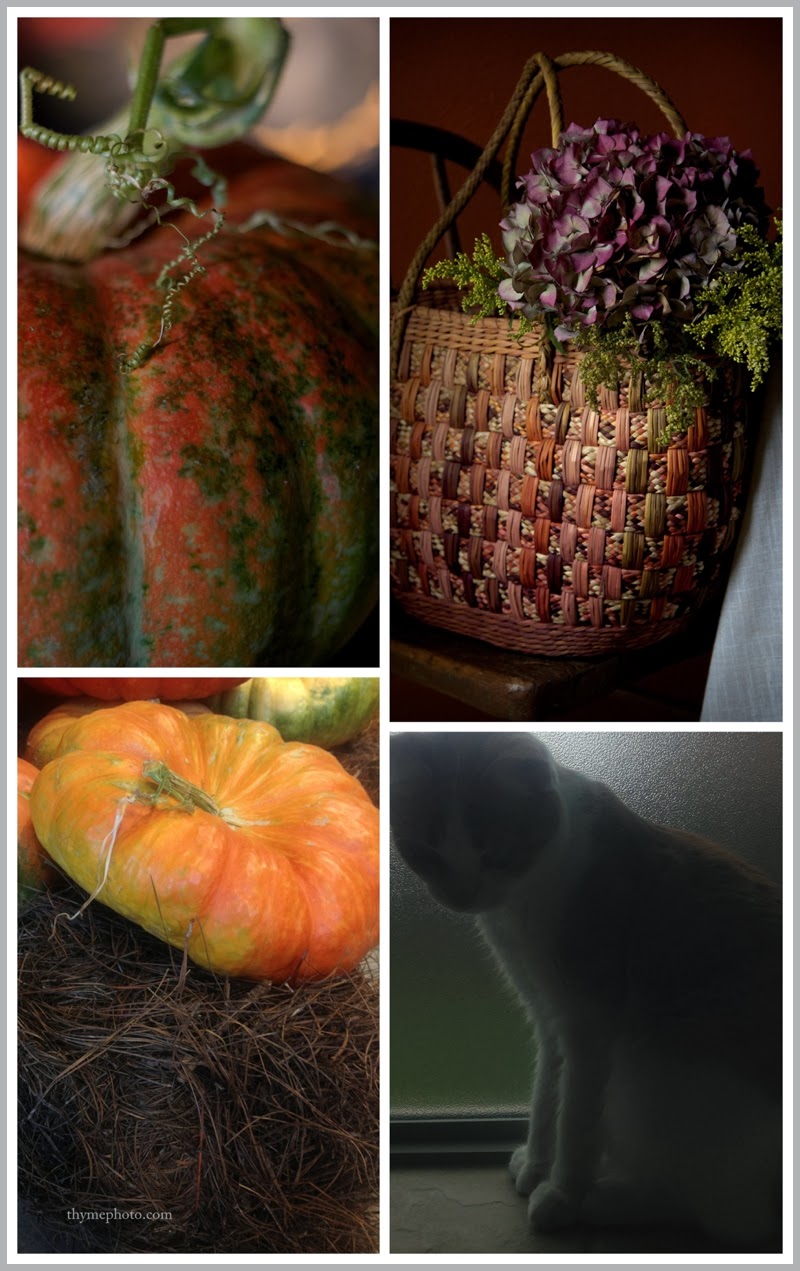 Our pumpkins down here come from a small farming community in Plains, Texas called J & A Farms. Ann Hartman and her daughter Rhonda Bowlin collect seeds from all over the world and bring to Texas a range of beautiful pumpkins for the fall celebrations. 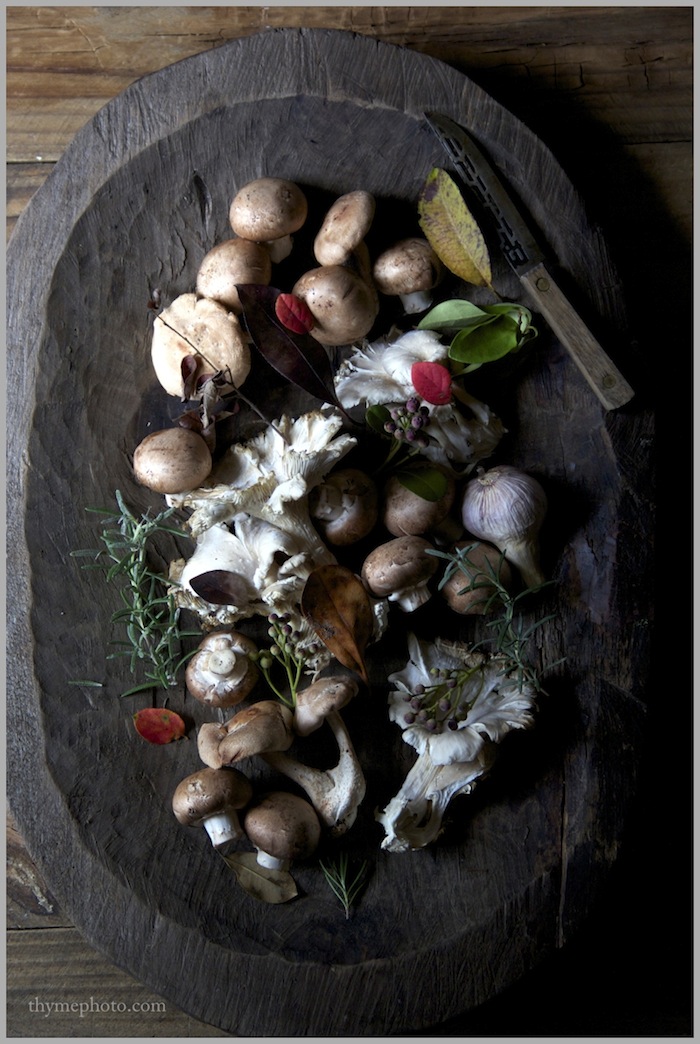 J&A’s fields are filled with more than 100 types of gourds, including varieties from heirloom seeds originally grown by the pilgrims; native seed from the Indians of the Southwest and Mexico; and other seeds from countries such as Spain, Portugal, France, Italy, Brazil, Thailand, Japan and South Africa.


Cinderella pumpkins are the best variety for baking into soups, stews, and baked goods.  The flesh is soft and creamy when roasted in the oven.

We scooped out all of the large plump seeds and roasted them in the oven at the same time as the pumpkin.  After cutting the pumpkin in half lengthwise, I rubbed garlic all over the flesh, left the head of garlic in the cavity and added to it a generous handful of rosemary stems.

Halloween is such a festive celebration here in the U.S. that heralds the change of seasons with farm festivities, cinnamon inspired goodies, and hot and lush bowls of pumpkin soup.

I have a particular memory of years ago when we lived in Japan.  It was the week of Halloween. We had never lived anywhere that didn't celebrate the "trick or treating" that accompanies it. My kids were prime ages to notice this missing element to the month of October with very sad faces.

So, I took them to an adorable sweet shop in the little Japanese town where we lived.  They had tiny baskets and I told them they could fill the baskets with whichever sweets they saw that looked delicious.

Mind you, there were packets of dried shrimp with peanuts, dried squid packets with seeds, and Octopus flavored bags of chips that were on offer there.  We had a great time peering into the packages trying to make out the ingredients...dried sardines, tiny fish, and fried grasshoppers.

Later that night, back home in Japan, there was a knock on the door.  Patrick was away and the kids and I looked at each other with BIG scared eyes.  We didn't really know anyone yet outside of the teachers at our Japanese school.  We didn't make a sound until we felt that whoever it was (knocking late on Halloween night) had disappeared.

The next morning, when we opened the door, there were two treat bags filled with Halloween treats for my kids.  It was an incredible sight!  Some newly made friends from the Japanese school nearby knew about our Halloween tradition and decided to surprise us by bringing treat bags to our door. Every Halloween we remind ourselves of this wonderful and completely unexpected treat.  It was the best of Halloweens because of the pure and simple kindness extended to us...foreigners in a land where we were welcomed so warmly with bags of Halloween surprises.

We had never before considered the "trick" or "treat" part of Halloween in this way and we certainly felt test of the "trick" but then the ultimate reward of the "treat" afterwards.

Happy Fall to everyone!  I'll be in the kitchen...scribbling lists, baking treats, and making pots of soup while waiting to finally open those windows soon! 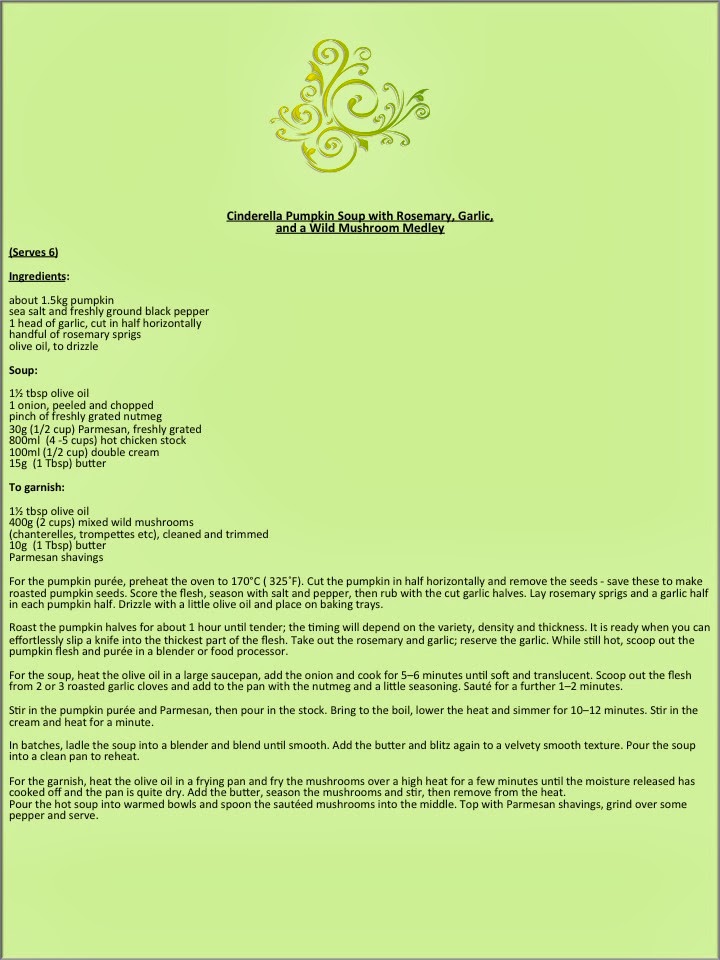