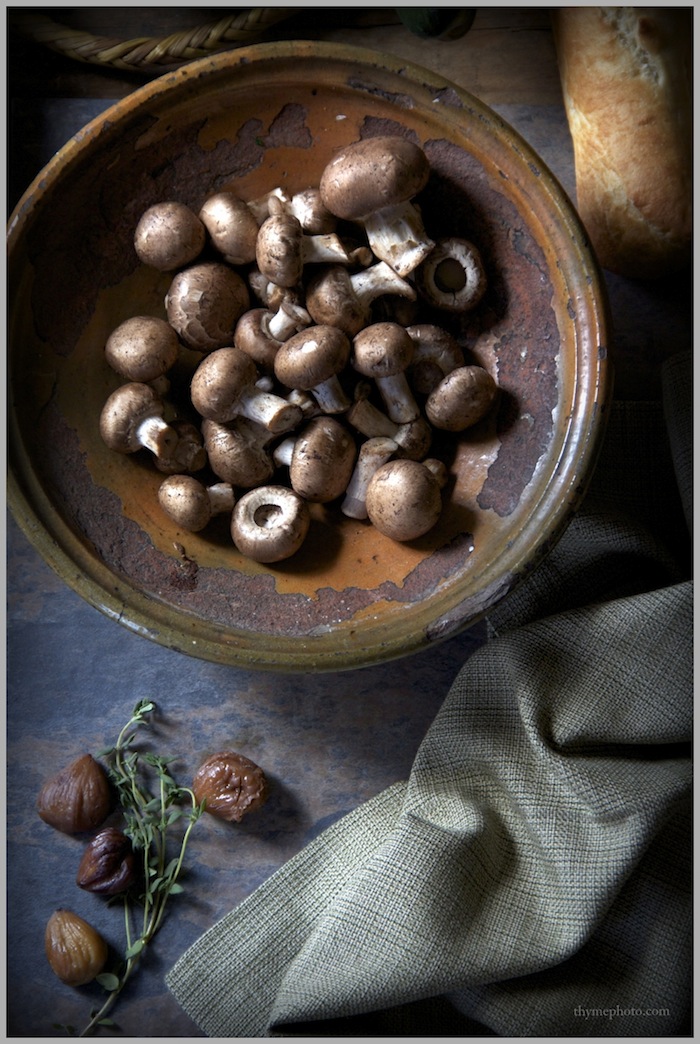 I'm sitting here quite snugly tucked into my long pine kitchen table.  I've poured a hot cup of my favorite Pike's Place Starbuck's brew and have a leftover slice of Riley's Dark Chocolate cake to keep me company.

Poor Riley...he's in the middle of the PSAT test that all high school juniors in the U.S. take each year.  No kid likes taking these tests, and the double doozy whammy for him, is that the testing day landed on his birthday.

I tried feeling horrible for him as he shuffled downstairs this morning, but in the back of my mind, like the little "ding" of a toaster going off, I realized his hours of testing and subsequent free afternoon meant an entire free day for me! 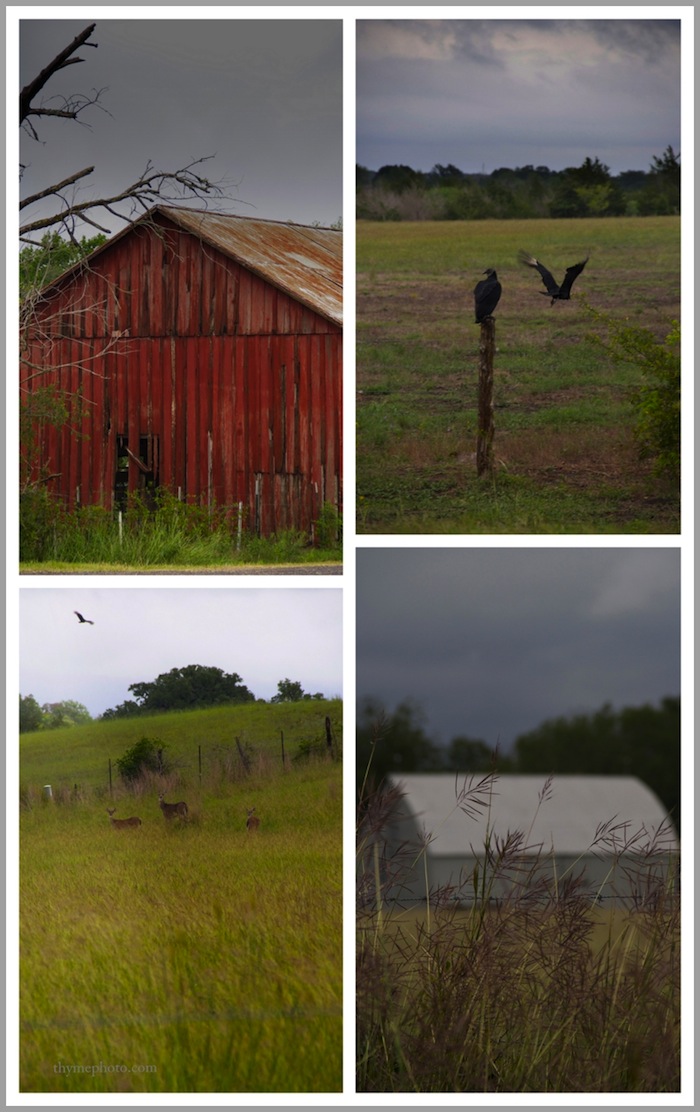 We made sure to set two alarms for the morning.  I cooked him the pre-test "breakfast of champions" (as proudly posted to Instagram, another new social media outlet which I hate that I love...) full of proteins.  We discussed potential lunch plans at one of his favorite restaurants when the test let out at 1pm.  I reassured him that school was cancelled for the rest of the day once the test was over.  It was indeed his birthday...to celebrate however he saw fit. 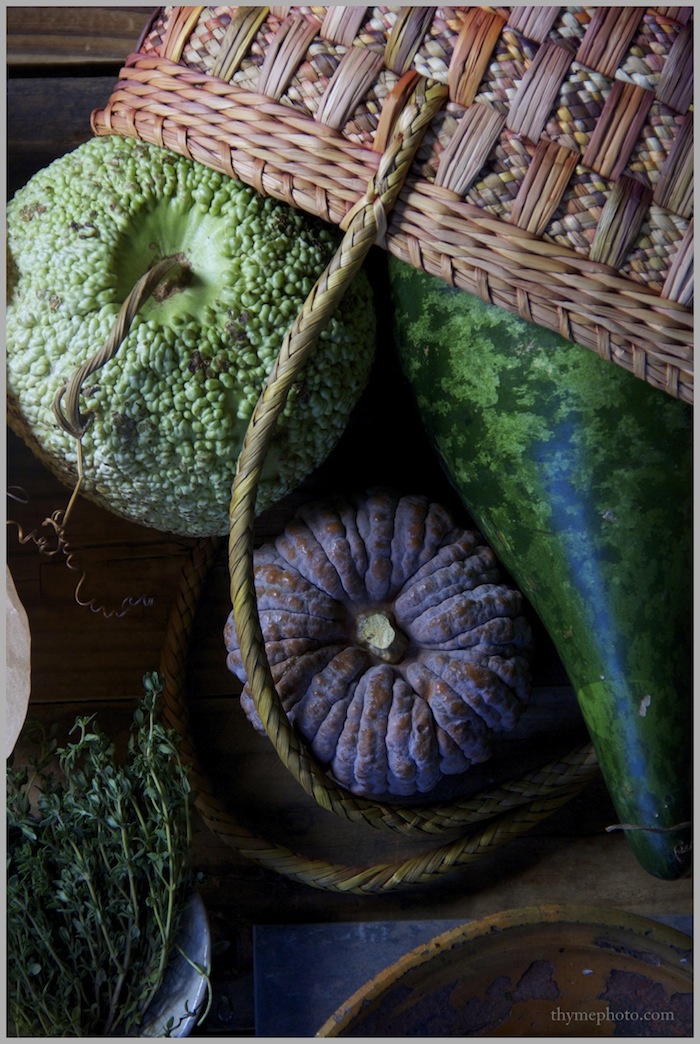 This giddy demeanor describes me every year on this day, whether I get a free day or not. For 17 years, on each October 16, memories begin to wash over me of not only that birthday, but so many birthdays inbetween.

I'll never forget the day we brought Riley home from the hospital.  A little girl had been born on the same day and we read that her name was also Riley...spelled Rylie.  Never...NEVER had it dawned on us that his name would be a unisex one.  We thought we had picked the most excellent name that was "tease-free".  Oh, well...

We lived way up in Michigan.  The weather was crisp, cool, and spectacularly gorgeous the day we brought him home.  The leaves had turned their rosy reds, dusky yellows, cool peaches, and burnt oranges.  We took pictures outside in the back yard, surrounded by piles of crunchy leaves.  In fact, the brilliant fall colors matched the soft little plaid blanket that was so carefully wrapped around him.


We knew two children was our limit.  Even though I was a young mom (by today's averages) I never saw myself as a potential mother growing up.  I did not have a positive mother/daughter experience and had no plans to repeat this scenario if I could help it.  As a child, being a mother was not a role that I aspired to so when the decision was made to have our daughter, it was a huge one indeed.  Pushing that number to two took a bit of persuading but, 3 years later...two it was...and we knew that was it.  We were now a family. 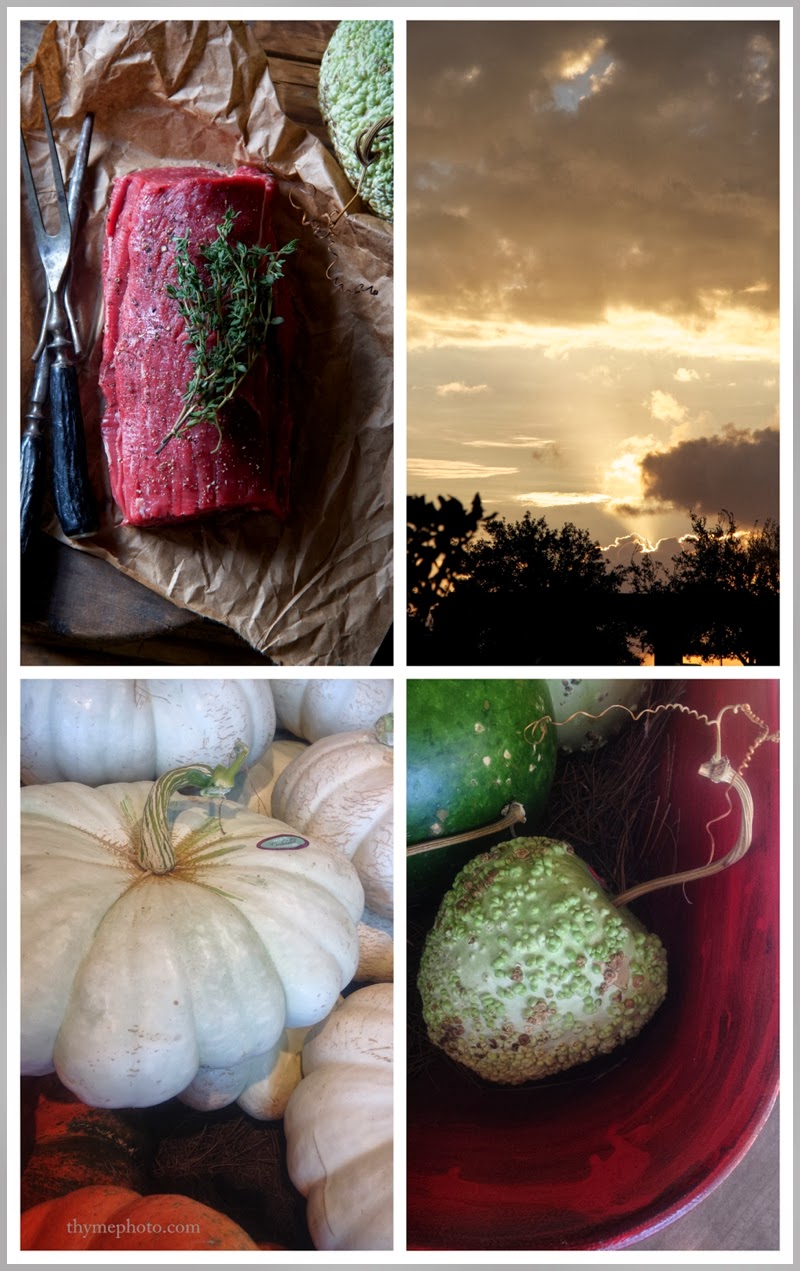 So the road of parenthood began for us...like everyone else...crazy and clueless.  The little guy had a bit of a rough first year.  He contracted RSV, which is a lung infection.  He spent months during that first year breathing from a ventilator several times a day.  Finally, after that cleared up, things felt more normal for him.

Unfortunately, however, at 9 months, he fell on the playground and broke a blood vessel behind his ear. It could  have bled into his brain, but fortunately, it bled out of his ear.  Even though the scene looked horrible as we rushed him to the hospital, driving in the opposite lane of traffic, clutching his little body, the doctors told us how fortunate we were that he was not bleeding internally since that often goes unnoticed until it is too late.  This was one of the few times I've seen my husband break down in tears.  They had grabbed Riley, who was screaming at this point, out of our arms and strapped him to all sorts of machines to determine what damage was done.  Thank goodness for doctors...every single blessed one of them.  Everything turned out fine.  No life-long damage.  After a few days in the hospital, he was good to go. 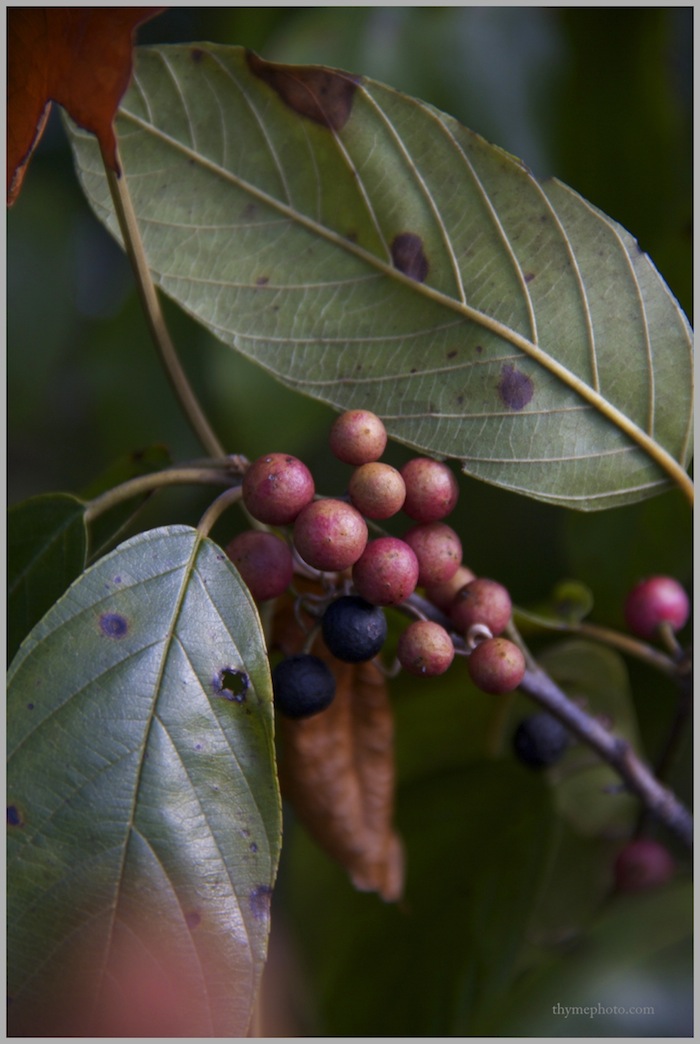 Then, some really good news hit a few weeks later.  Patrick's job would take us to Wales for several months.  Getting the all-clear from the doctors for Riley to travel was so uplifting and off to Wales we went, with their little kiddy-passports, right before he turned one years old.

If any of you have been to Wales during the fall, you will know how beautiful it is there.  We drove up and down the windy country lanes and up and over the lush green hills from one tiny village to the next.  We stayed in a refurbished stone barn behind a family home.  On weekends we went visiting one castle after another and gazed at the many hillsides dotted with sheep...and Riley took his first steps out there, right on his first birthday on October 16...17 years ago. Zip forward  5 years and Riley is a robust little tike with a wry grin and a distinct mischievous twinkle in his eye.  Little girls named R-y-l-i-e, have now populated the planet it seems (sigh).

This time, Patrick's job whisked us off to Japan for a year.  Riley is attending Japanese school, eating his school lunch with chopsticks and trying to collect every Pokemon card he can lay his little hands on.

His fifth year birthday was celebrated in a restaurant in Japan called a "sushi-ya".  Little plates of sushi (or cake...) are put on a conveyor belt.  The plates roll along on the long belt as they pass each person's table.  If something looks yummy, you pick out and eat what is on the color coded plate and stack them up for tallying at the end of the meal.  This offered no end of fascinating fun for my little guy.  On this special occasion, the restaurant (where we were a little too well known due to our frequent visits) brought a dancing plastic figure to the table to be placed in front of the birthday boy.

When a button was pressed, the figure shook his little plastic booty and sang some sort of birthday-like song in Japanese.  Tacky?  Mmm-hmm...but to a 5 year old boy...this offered endless belly laughs...over and over again that button was pressed, the little plastic booty shook, while the conveyor belt rattled by with one colored plate after another. 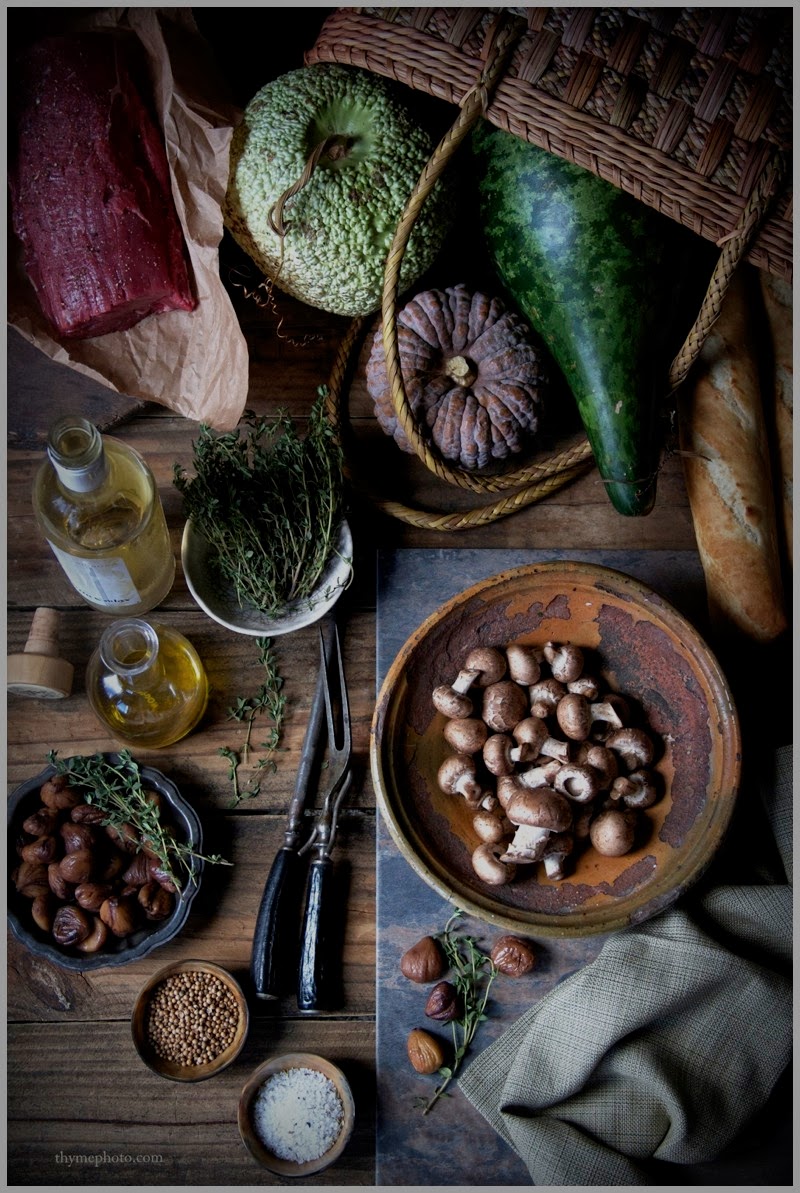 But, this little globe trotting boy has grown into a soft spoken introspective teen these days.  My rambunctious rascally little boy is at the opposite end of that previous description.

Much like me, he, too, loves dark cool rainy days, good long stories of heroic medieval adventure, and eating delicious meals that are carefully thought out and prepared. 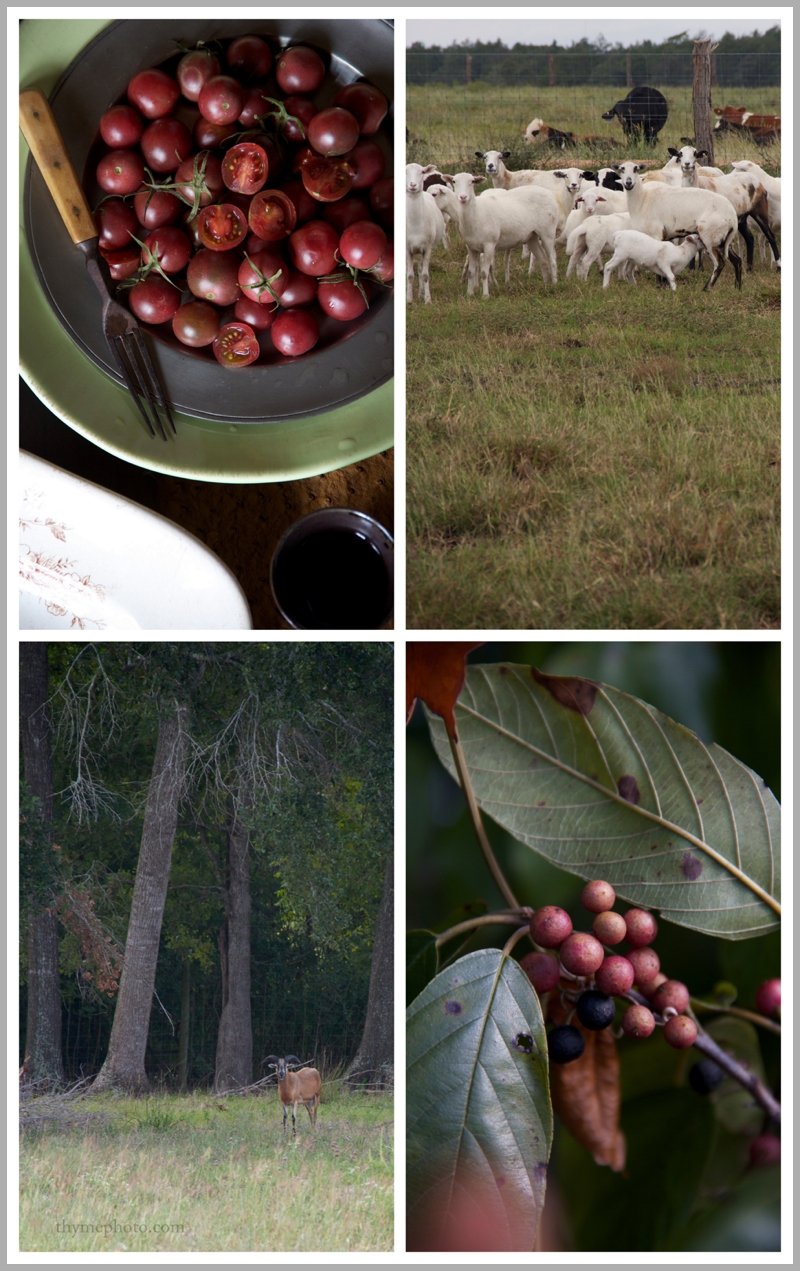 We both celebrate the beauty of fall more than any other season and fill the kitchen with one hearty dish after another that reflects the moodiness and earthiness of the season.

Each year, my kids (and husband) pick out their birthday meal.  I shop, plan, and prepare this meal for them as my own way of demonstrating the love that I want to give to each of them.  I try not to affect their decisions and let the declarations be made without protest. I relish anticipating and then hearing their choices. Often, I find their choices reflect their maturity at that time or in some ways hint at their developing character. 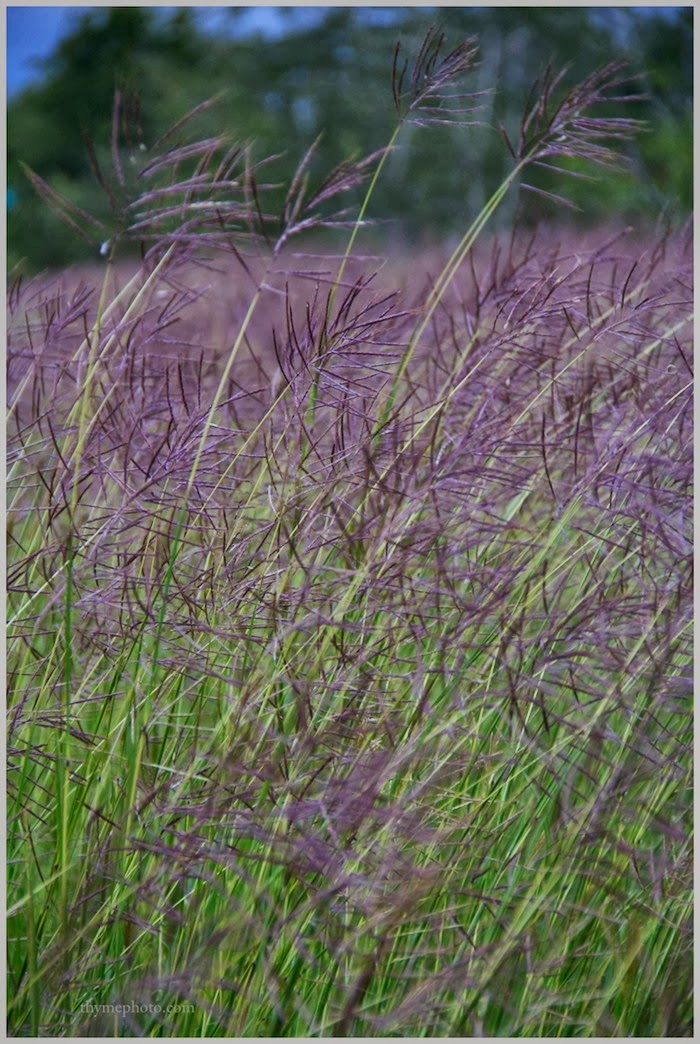 Riley is a meat and potatoes kid.  His choices are never too far off of the meat and potato variations.  This year, after careful consideration on his part, it was to be Beef Wellington with a side of Potatoes Dauphinoise.  For dessert, I was rather surprised by his selection of the chocolate-iest of chocolate cakes...dark chocolate to be specific. 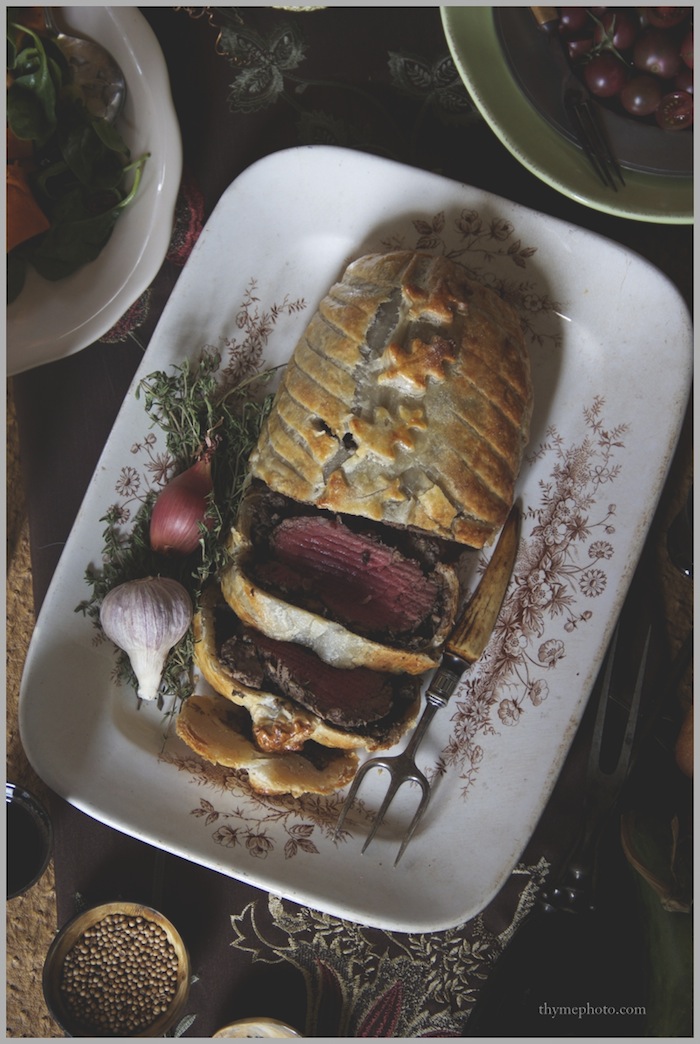 I definitely think my son is going to be at home in the kitchen someday...cooking up all sorts of Wellingtons and au Gratins.  Recently, he got me hooked on watching the series "Master Chef".  I protested and scoffed saying that it is way too melodramatic for me.  After managing to get me to watch several clips...the stinker had me hooked.  I'm on Season 4. 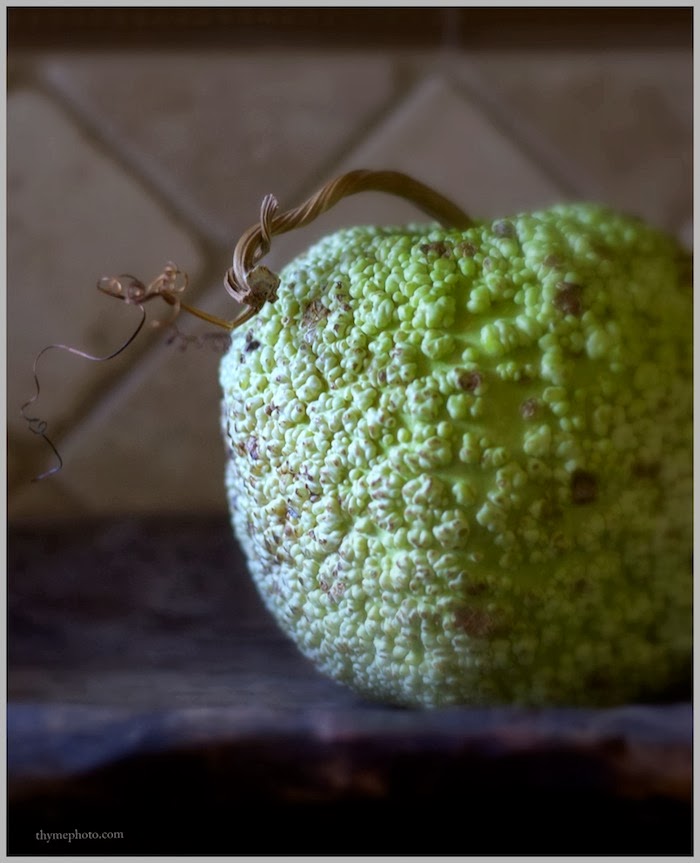 I am knee-deep into the trenches of the hyper-moody home cooks, overly dramatic sensationalized speeches by Gordon Ramsay, Joe Bastianich, and Graham Elliot.  I clap gleefully when a surprise guest is revealed and hold my head with anticipation when they slowly lift up the "mystery boxes". Speaking of Master Chef Season 4, I have a few choice words that I would like to utter to... Krissi.

"Krissi!  That mouth of yours has to go!  The next pressure test is going to be your last!  You are so vindictive and mean-spirited...and your sweet son is watching you at home!"   (Sheesh.  See why I can't watch these programs? My blood starts to boil!) 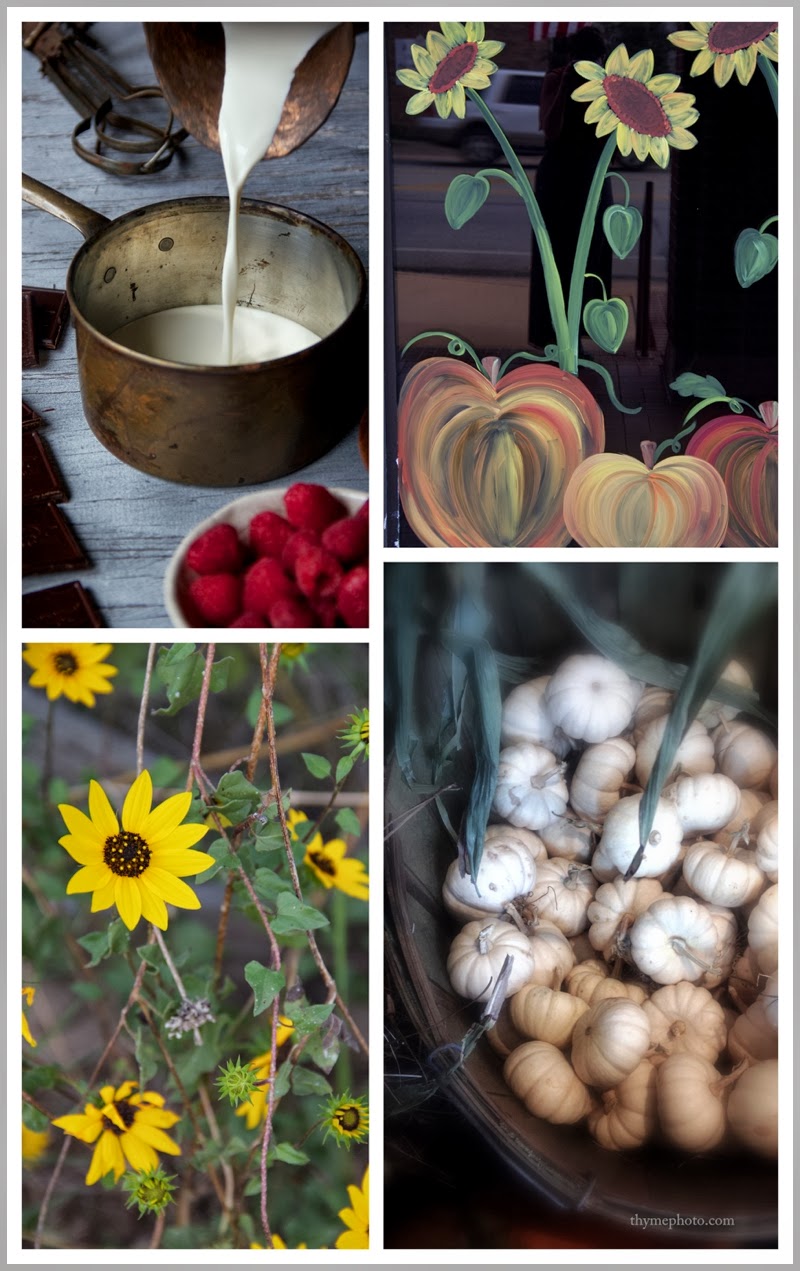 But...now I've discovered the new series "Masterchef Junior" and now have Riley hooked this time.  I have climbed aboard the train of over-dramatized T.V. series and am completely hooked now. This new kid cooking competition series is unbelievable.  In fact, the latest episode of "Masterchef Junior" featured these 9-12 year olds whipping up Gordon Ramsay's Beef Wellington as if they were putting together a chili dog.

They throw around adult phrases like "my duxelle is almost ready" and "I have the tenderloin at exactly 125˚F for medium rare...chef."  These are truly remarkable kids and what really amazes me is their maturity and respect for each other on the program.  There isn't the back-stabbing, lip sneering, drama roll that the adults spit out in spades. Oh, can't wait for Episode 4... 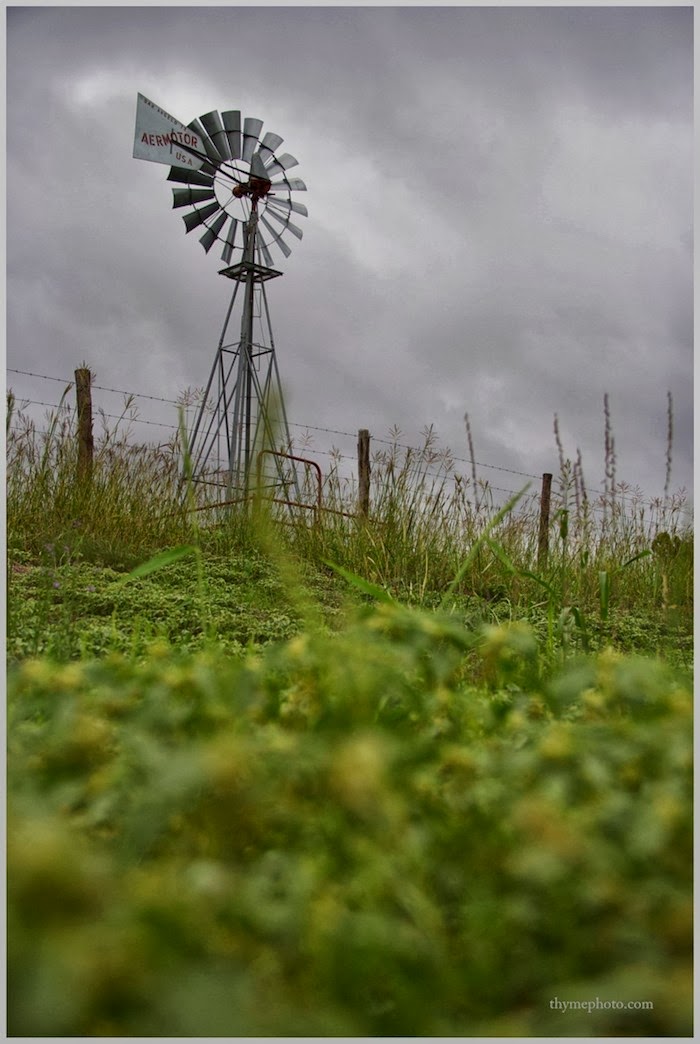 That chocolate cake has hit the bloodstream now and my mind is spinning in all directions.  What topic was I on?  Oh, yes...birthdays.

We celebrated Riley's birthday last weekend and coincided it with Madeleine coming home for the weekend from college.  Several friends tagged along with her and much to my heart's content...we had a house full of laughter and good food over the weekend. 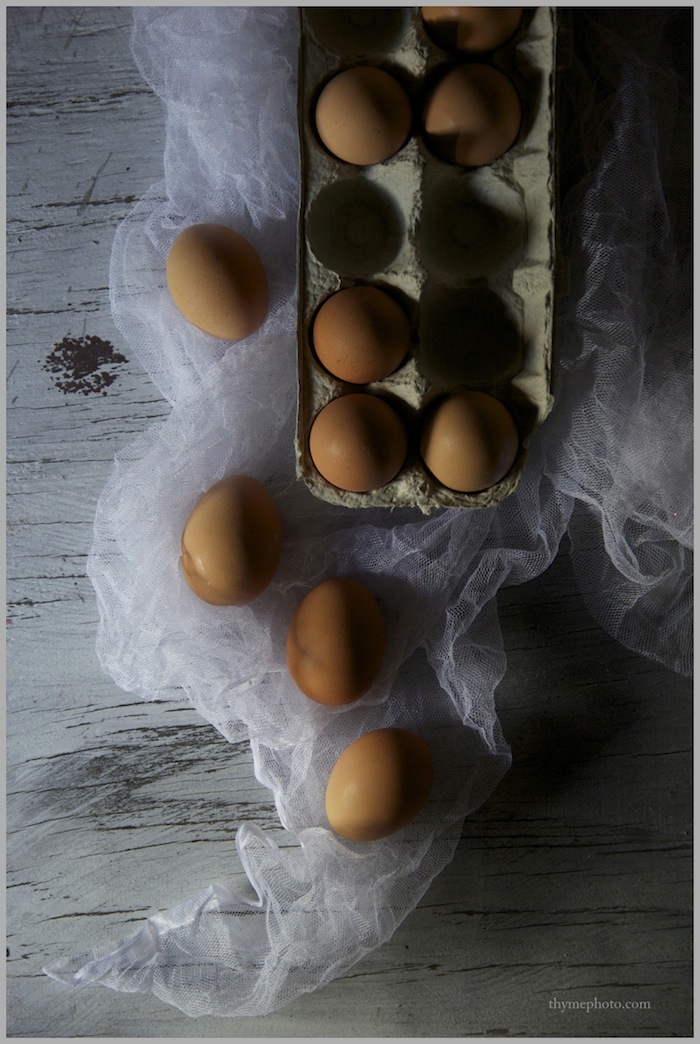 I made the chocolate-iest of chocolate cakes.  Few teen boys want some frilly cake coming out flaming with candles and a chorus of happy birthday in front of a college crowd.   I tried to downplay the cake and make it bold and masculine.  And, no, he didn't have to endure his sister and college friends all singing Happy Birthday to him. 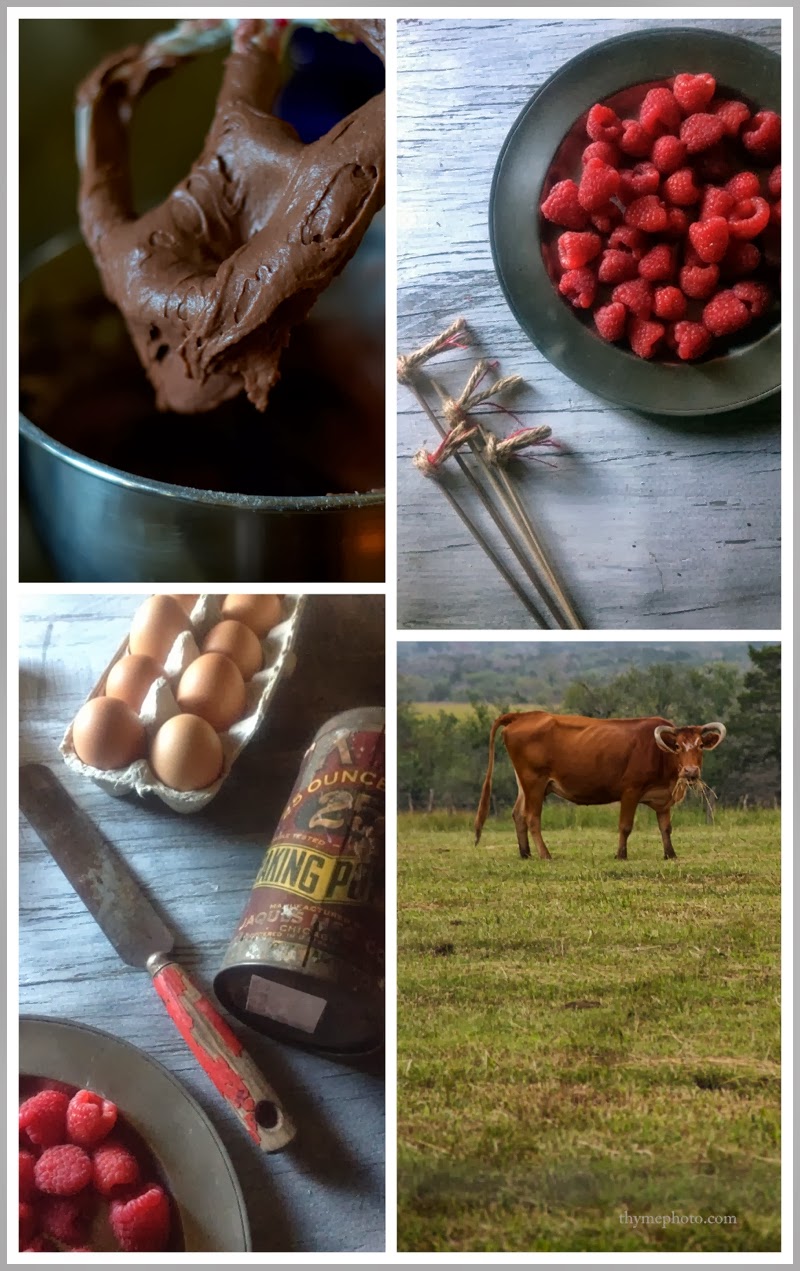 So the day unfolds for us today.  Riley has his day half filled with testing and the second half filled with as much unscripted activity as possible (which means computer gaming for him...) 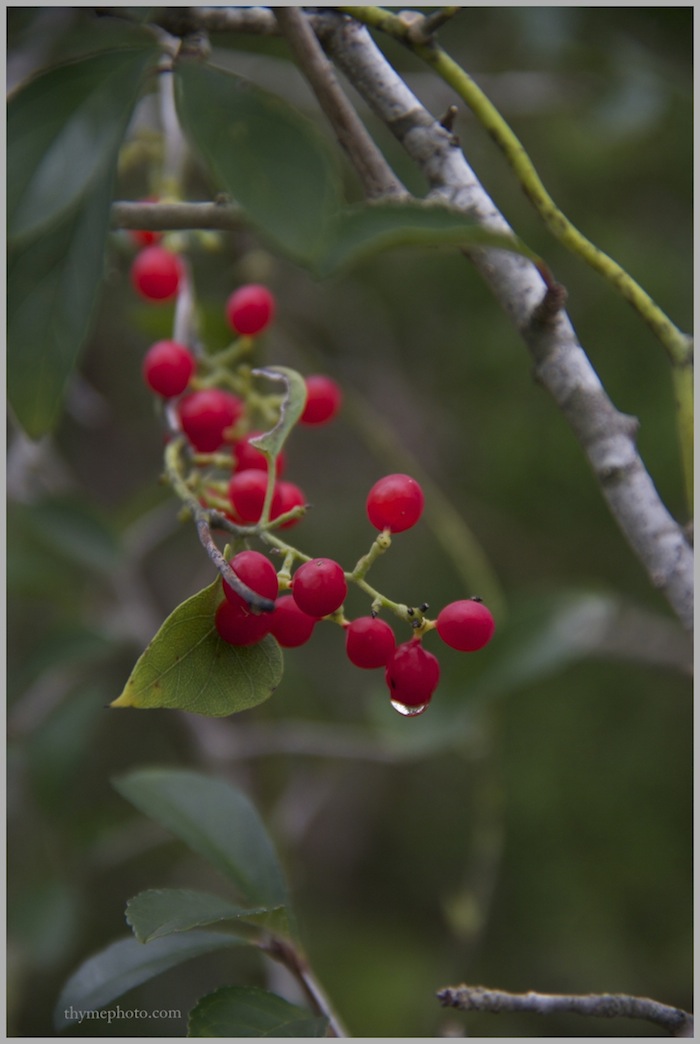 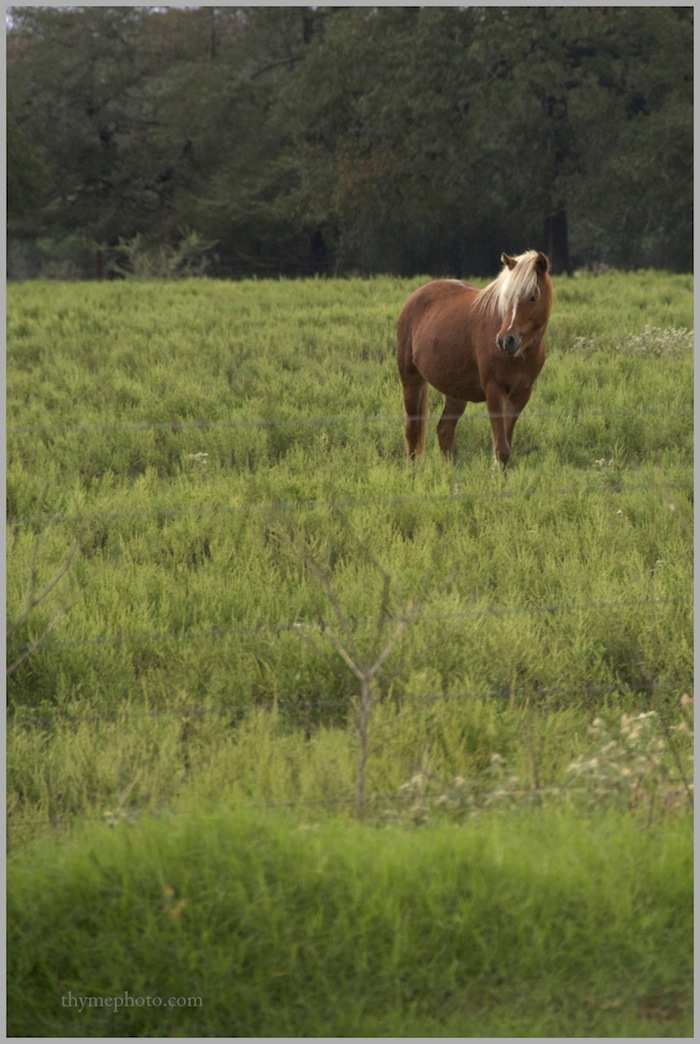 My day is filled with writing here at "thyme" reminiscing  over memories of all the birthdays gone by for our family, the stages of growth they marked, and the times spent in various cities and countries.

...and perhaps an episode or two of "Masterchef" to while away his birthday and MY wonderful relaxing free day! 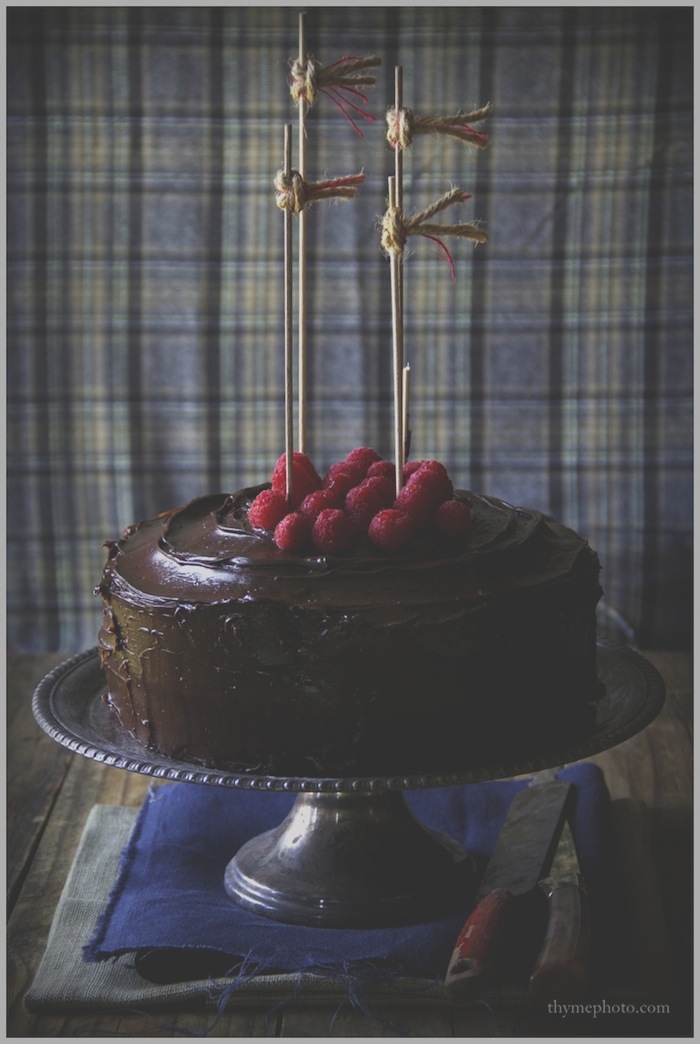 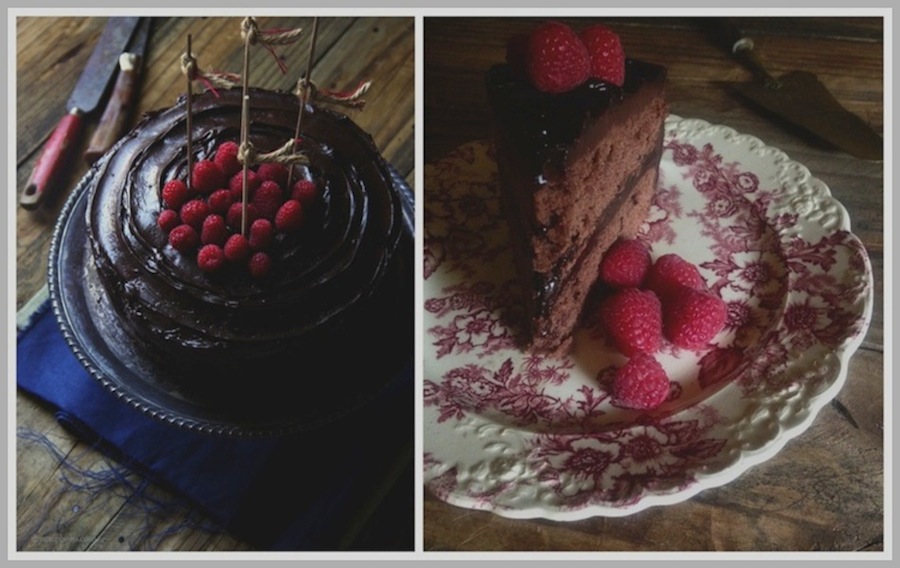 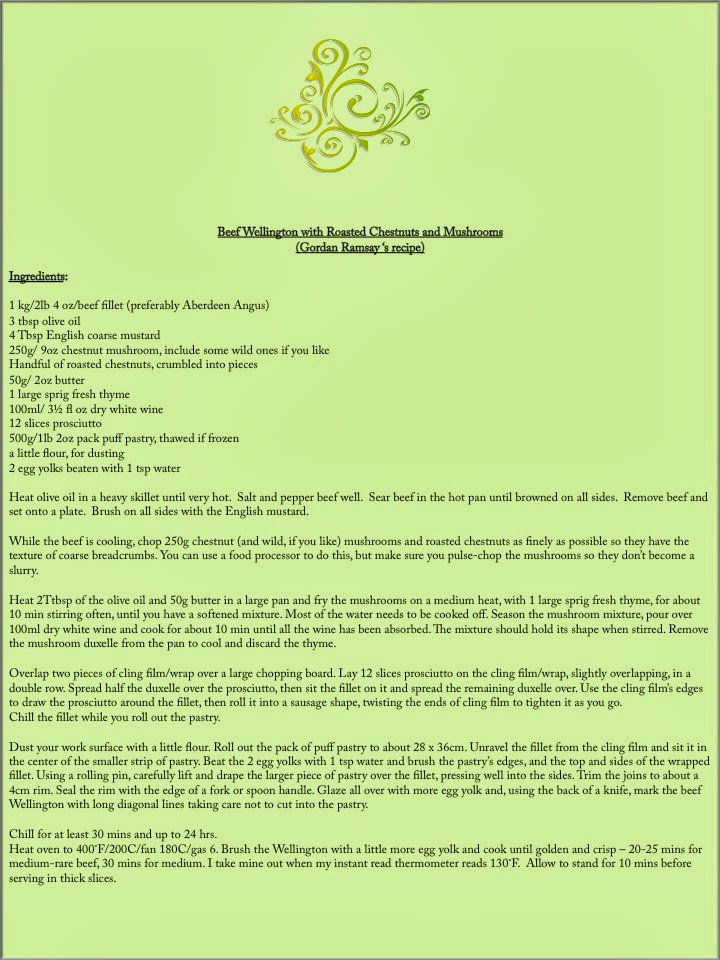 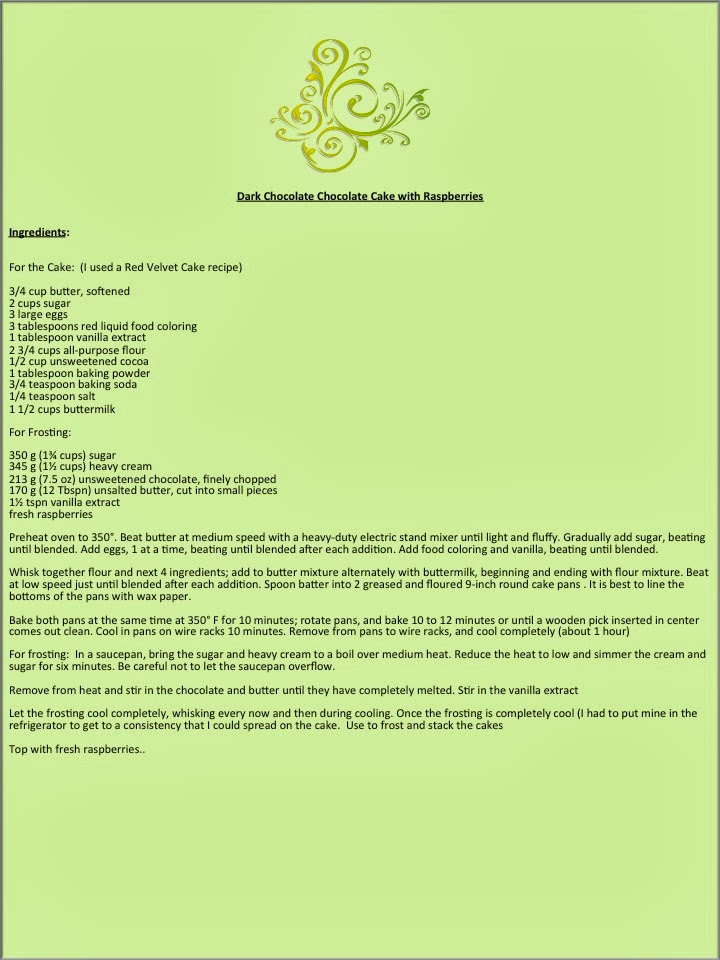