Steamy Bowls of Miso Soup and Soft Vinegary Rice...the teens are in the kitchen 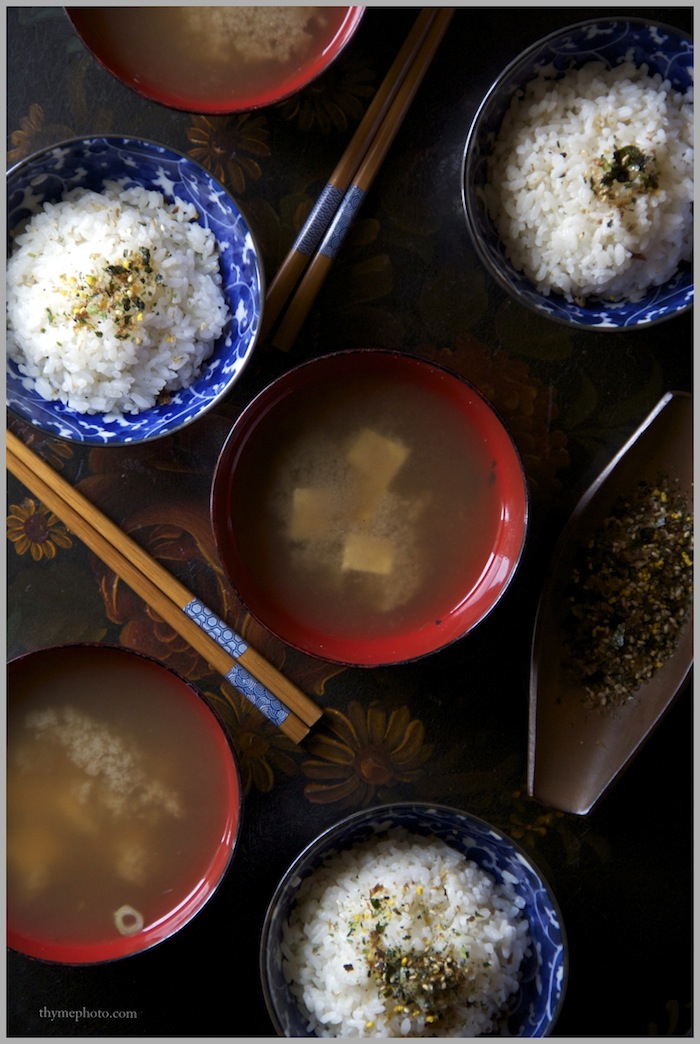 I think when my kids look back, they'll realize that their first endeavors into the kitchen began with a foray into  Japanese foods.  They love Japanese food.  We must eat Japanese related dishes 2-3 times a week.

It may seem trite, but boiling water and cooking a nice fluffy pot of soft rice, getting just the right amount of rice vinegar to taste, and topping it with a savory sprinkle of Furikake on top...puts beams of pride on their faces. 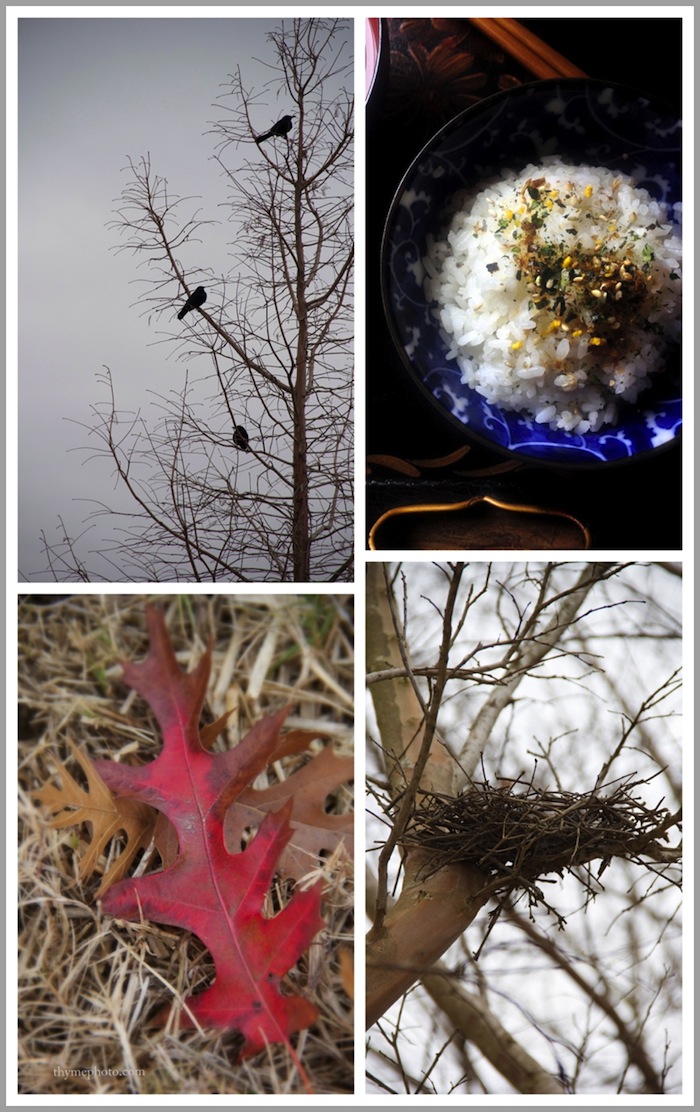 Since the New Year 2014 has decided to enter across the U.S. with a huge loud "roar", my soup pot hasn't left the stove and has been host to quite a number of soups over the first week back to work...school...schedules...life!

I actually like getting back to a daily schedule.  I tend to be a pretty structured person and a defined schedules pushes me through the day to get things done.  I think we eat healthier, eat less, and exercise more when the daily routine clips along at an expected pace and pattern.

So, in between classes and piled up laundry, I thought I would prepare a big pot of miso soup.  Everyone would have it to enjoy with those pots of rice that the kids are always making.


I remember from our days in Japan, that sprinkle of seasoning we enjoy so much was on top of our lunch bowls of rice at school each day.

We didn't know what was in it, so I told Riley that it was bacon bits.  He accepted that quite readily and never complained about eating his rice with "bacon bit" sprinkles  on top.

Each year for Christmas, I drive over to the Asian grocer to buy more of the Furikake seasoning cans. I tuck in two cans of that seasoning into their Christmas stockings (yes, my kids are 17 and 19...and they still get filled Christmas stockings).  It wasn't until a few years ago, that I realized that this has now become an expected tradition! 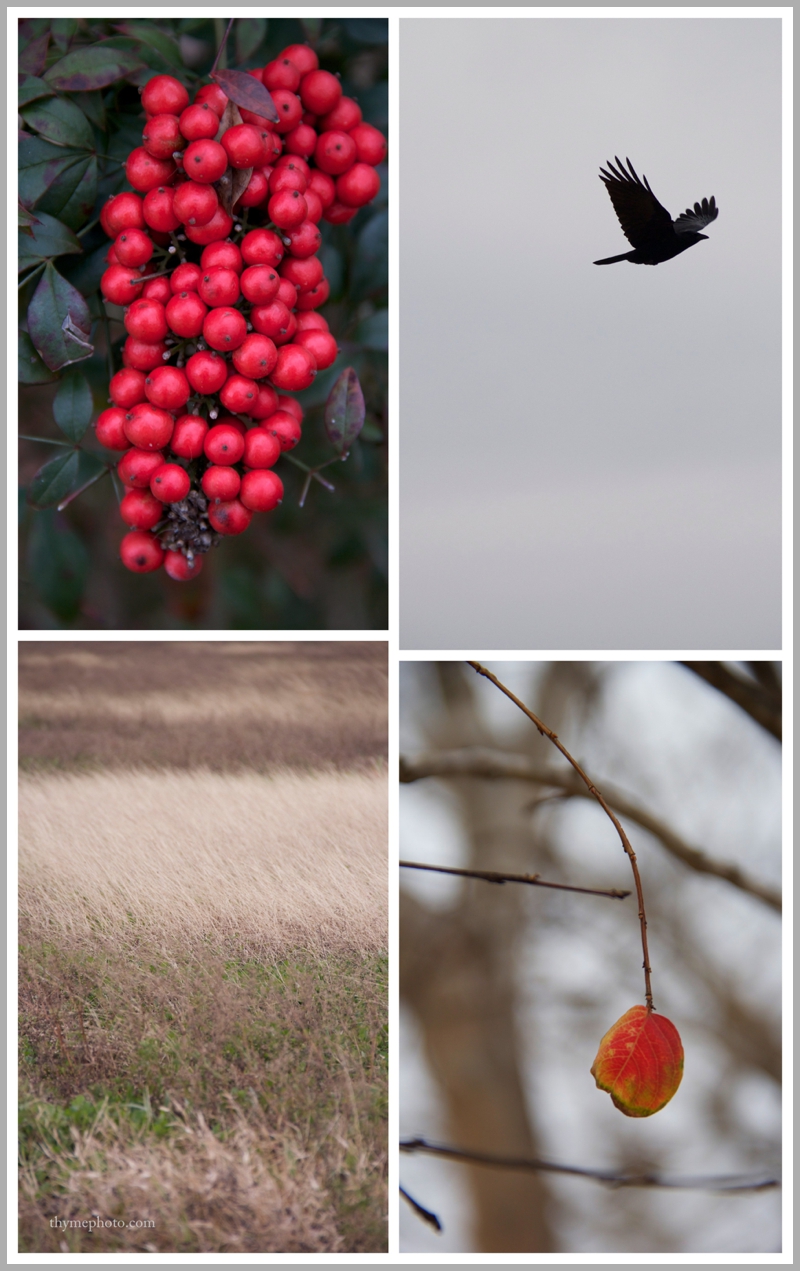 Furikake is a lightly salted Japanese condiment that is generally sprinkled over cooked white rice or Japanese rice balls called Onigiri. It's as commonplace in Japan as salt and pepper is in America.


So soups have been rotating through the kitchen and miso soup is a favorite that is so easy to prepare.  The icy grip that has a firm hold on much of the Northern U.S. has sent a few shivery gusts down our way.

For the first time in three years living here, we had to go through the "winter prep" tasks that we usually worried about when we lived in cold snowy climates.  Patrick wrapped the pipes up.  We actually turned on our heater.  I dragged into the kitchen many of my heavy pots of herbs.

For three days now it has gone below freezing, which is pretty unusual.  We're certainly not dealing with any of the hardships that are being reported on the news (negative double digit temps!) but if we didn't want burst pipes and frozen herbs, we had to do a bit of wrapping up around here.

I took one long shivering walk in the temperatures when they were in the high 20's and realized that I have become a complete wimp in the last couple of years.

Not being used to dressing warmly, I had a ridiculous amount of clothing on for the typical Texas climate this time of year...and I was still cold.  The tip of my nose felt like it was floating out in the air right in front of me and my fingers couldn't really maneuver the camera buttons too well.  What a blubbery baby I have become! 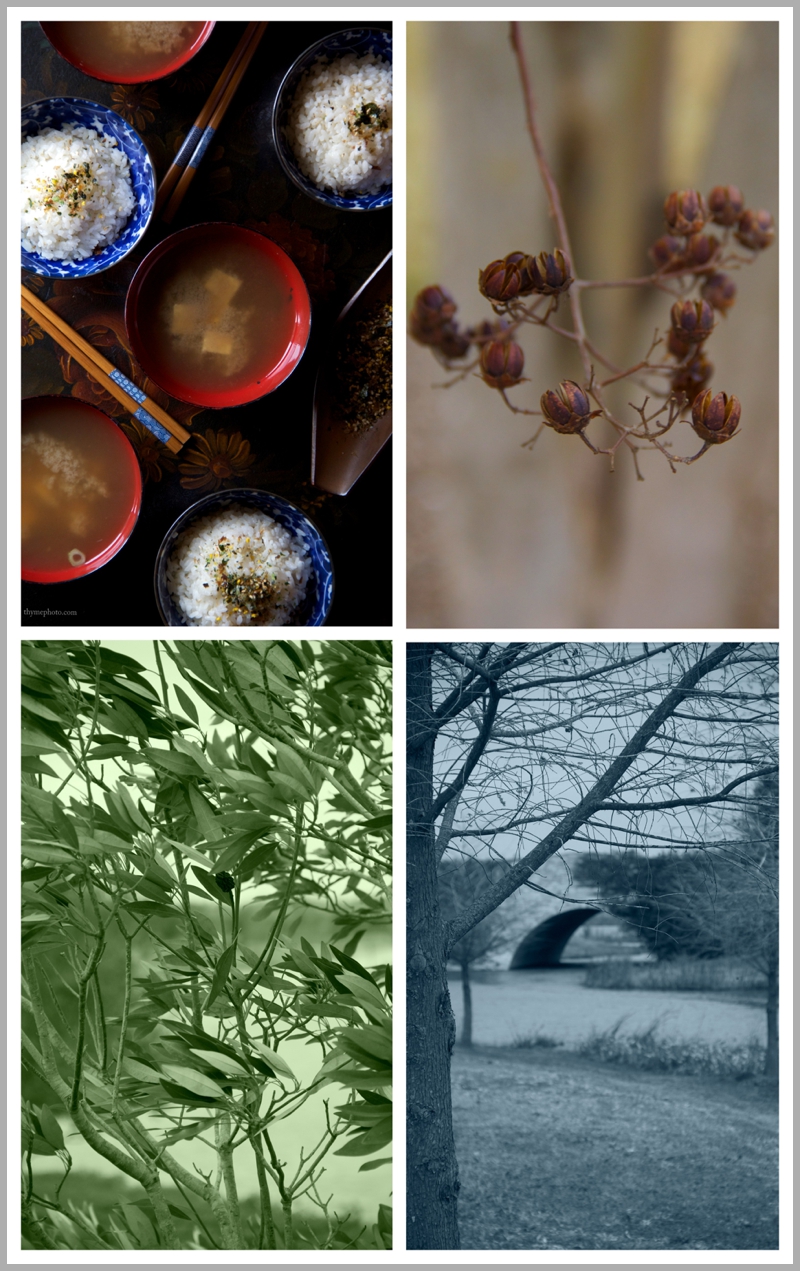 I know I should count my blessings not to have the troubles that are being dealt to the Northeast right now, but I do love the dramatic shift of weather patterns.  I get bored with day after day of beautiful sunny blue sky weather and revel in the tempestuous skies that muddle the clouds and send gales of wind that sweep through corners of the house and make the most wonderful ghostly sounds.

Needless to say, the rest of Houston doesn't really share my sentiments.  I literally was the only person barreling against the wind, wrapped from head to toe, on my walks the last few days.  I like the feeling of being the sole person out battling against the forces of nature.

Even Chester had no interest in trotting by my side.  He knows exactly when I am preparing to go for a walk and is usually a panting breath and a wagging tail behind me. 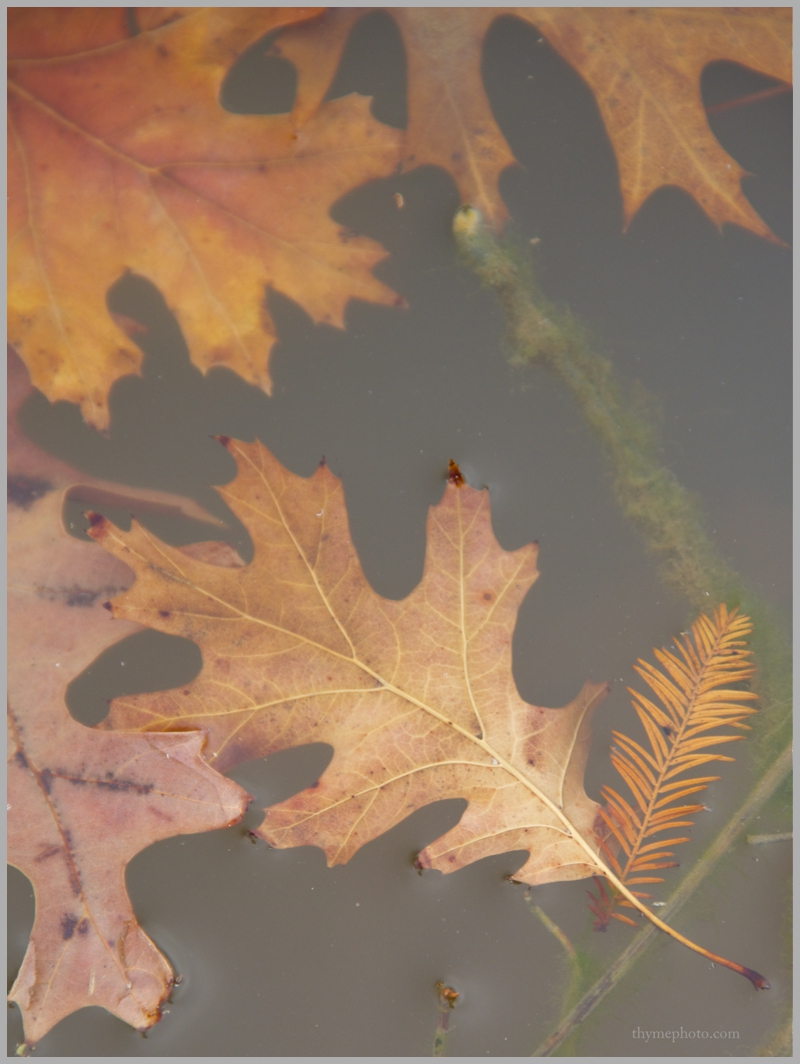 I couldn't find him anywhere.  Finally, I realized he was hiding out because he was afraid of having to go out in the cold.  Papillons are not really known for their hearty dispositions...and he is nooooo exception.

He was burrowed deep within my bed, surrounded by my down comforter, which was surrounded by my heavy wool blanket.  His little round eyes peered out at me and then guilty shifted away...ashamed to communicate in doggy language that he was willing to turn down a walk.


Today, in fact, he was due for another bath.  We've realized that it was certainly time to turn on our (hardly used) heater in the house.  We were all beginning to wear winter coats around the house because we are not used to heating it up.  After giving Chester a bath he was so cold and shivering so hard, I had to wrap him back up in the bed so he could warm up.  A dog's life for sure around here. 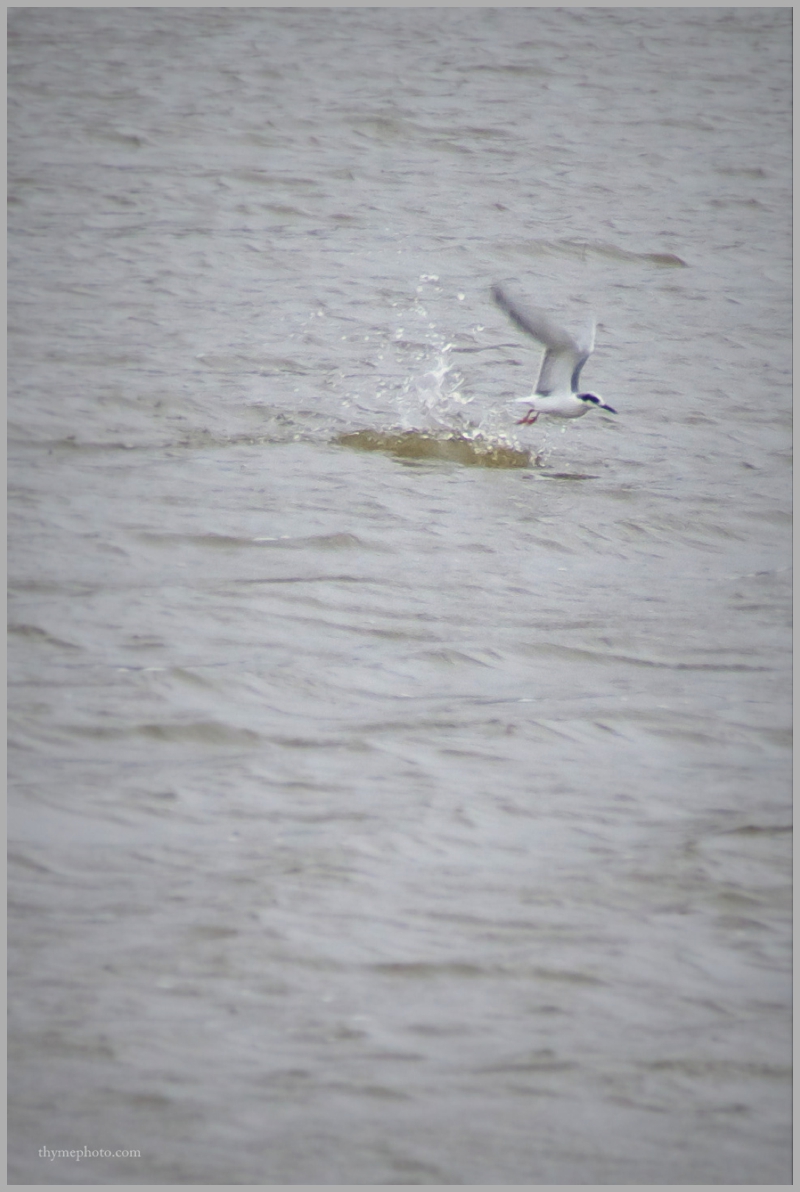 So soups are on the burners.  In addition to the Miso Soup and pots of rice simmering away, I made a Roasted Sweet Potato and Turnip Soup, too.  We've had too many vegetables left over from the holidays and I'm trying to quickly turn them into vegetables soups that can be doled out for lunches or frozen for upcoming weeks.

I'm eyeing a chicken coconut Thai soup when we run out of these two...so perhaps I'll make that one this weekend.  But, for now, soup spoon in hand, it's onward...all present and correct...back to whatever 2014 decides to dish out this year. 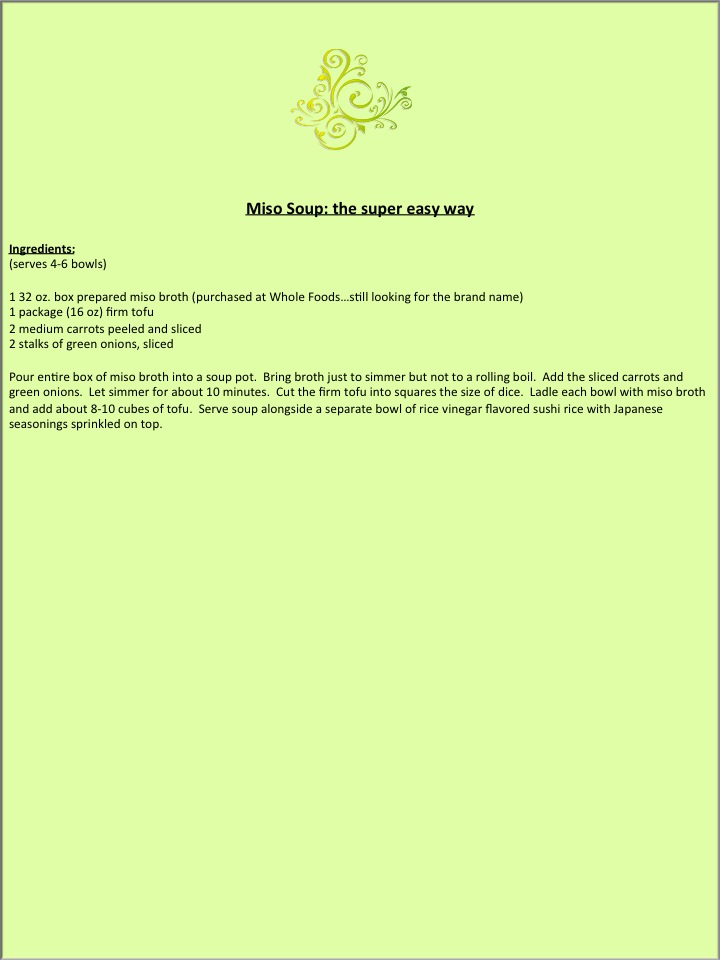 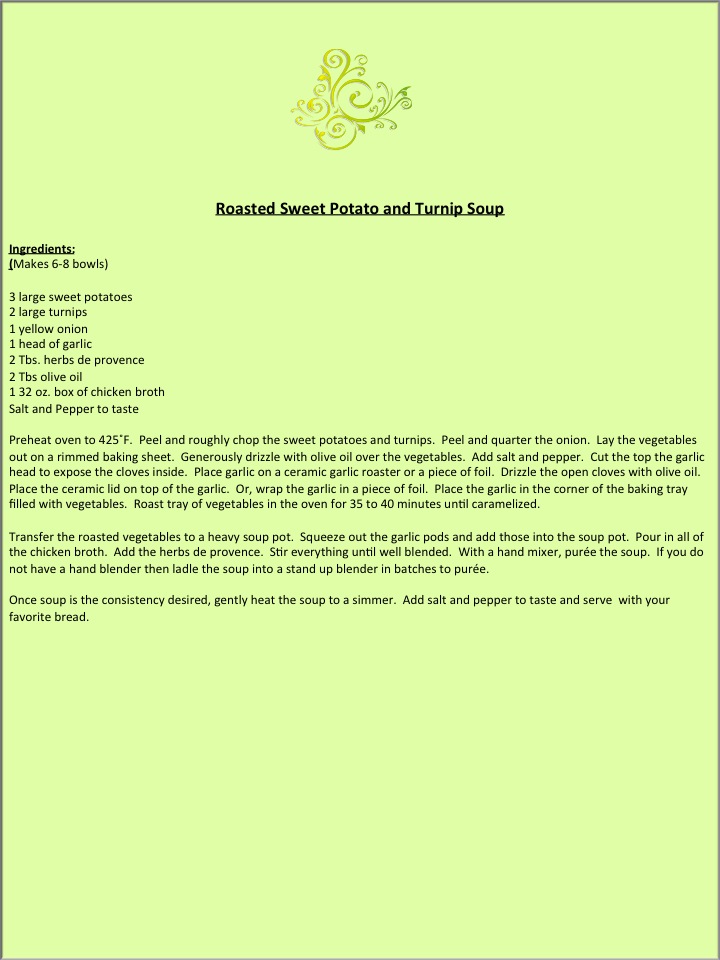