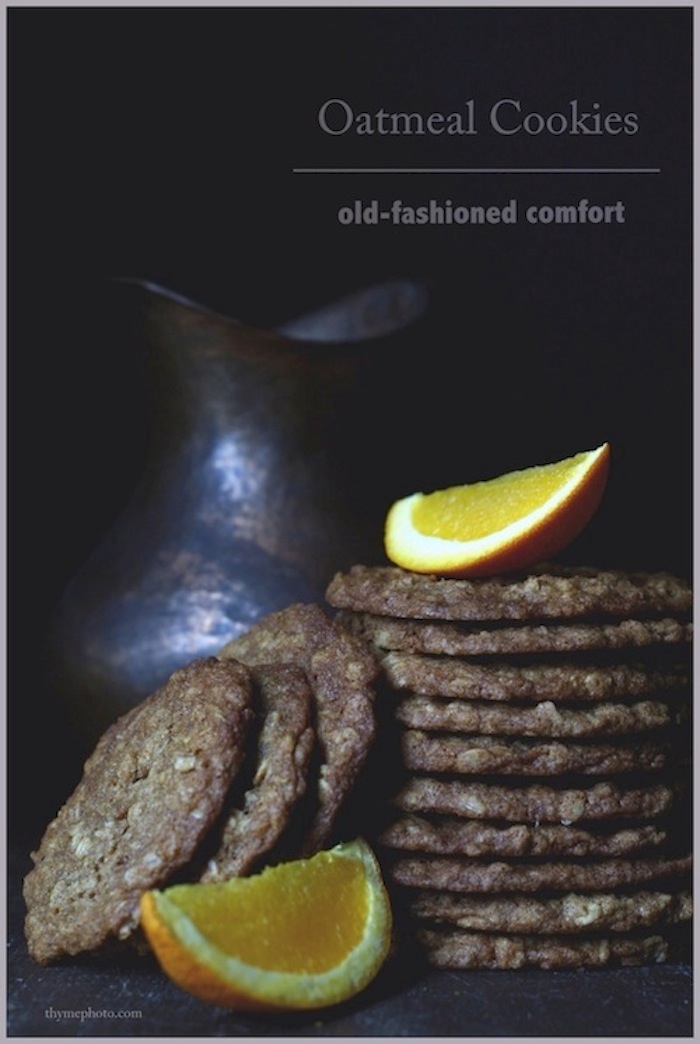 I was mixing together a batch of oatmeal cookies the other day and a comment was said that triggered a memory.  That memory centered around the beloved Oatmeal Cookie.

There is nothing terrifically special about oatmeal cookies...easy to make...easy to eat...easy to enjoy.  But, to me, they are very special indeed,because once upon a time...

they were my first love letters to my husband. 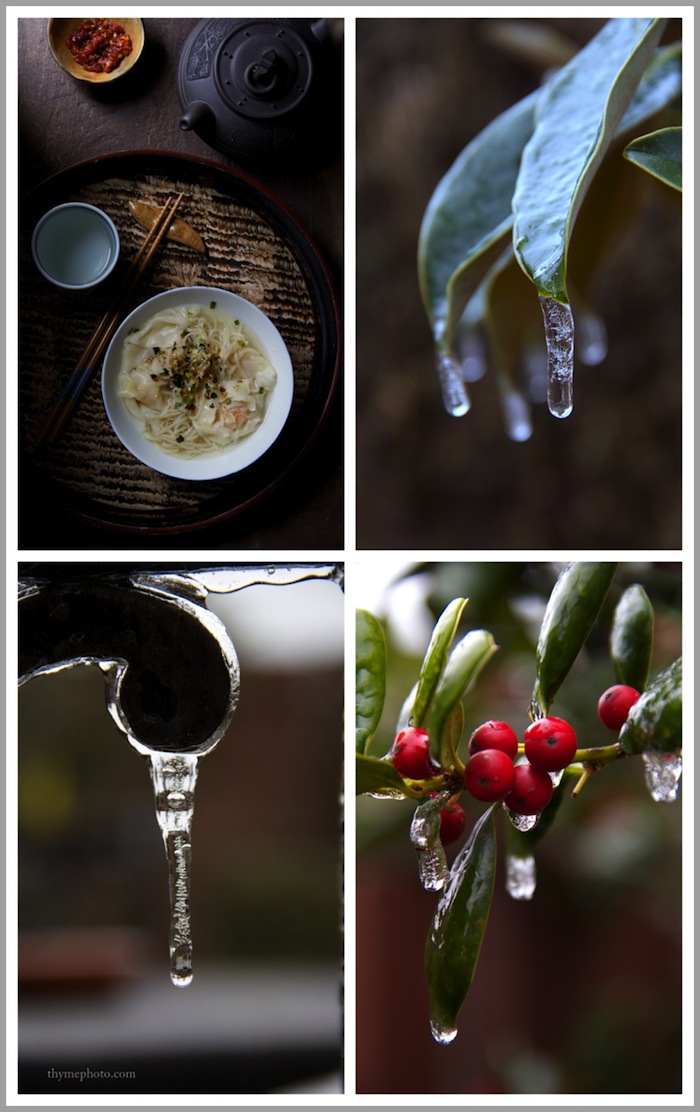 As the grip of the cold freezes the country and tries to stretch its icy fingers all the way down here, we are having fun pulling together comfort foods like these big round cozy oatmeal cookies and varieties of soups.  Now, the rains just keep coming and coming...and I don't mind them at all.  Endless sunny days bore me to tears.

When Patrick and I were in the early stages of dating one another, I was trying to think of something special I could plan for his 22nd birthday (No, he isn't 16 years old in that photo below...but he looked it!).  What could I do that would be creative?  How could I mark his birthday with very little money to spend and only my clever wits to rely on?

We were lowly college students with no money so I had to use my creative juices to come up with some sort of surprise.  I had zero cooking experience but I knew he adored cookies more so than cakes and candies.

He loves cookies of all sorts.  I had already sampled the dozens of varieties of cookies that his mother made and could certainly understand how a love of cookies could be instilled.

I  came up with the brilliant (to me) idea that I would make the perfect batch of cookies for him.  Cookies, after all sounded easy for a complete novice non-cook like me.

So I started to poke around the kitchen where I lived at the time, to see what ingredients there were in the pantry.  Hmmm.  No Baking soda?  No Cream of Tartar? What is that anyway?  (A-hem...these are the pre-google days...)  After not finding any of either, I realized that the recipe called for 1 teaspoon.  How could 1 tiny teaspoon affect the outcome of cookies?  Probably not too much (I smartly deduced) so I just mentally deleted those two and moved down the recipe list gathering  what ingredients I could find.


Brown sugar was the next problem.  No brown sugar to be found in the pantry.  Brown sugar...white sugar?  Is there a difference?  I figured the 1/2 cup of white sugar would sufficiently sweeten the cookies enough (we could all stand to cut down on sugars, right?).  Moving down the list, I assembled a motley crew of ingredients that hardly resembled the original recipe. 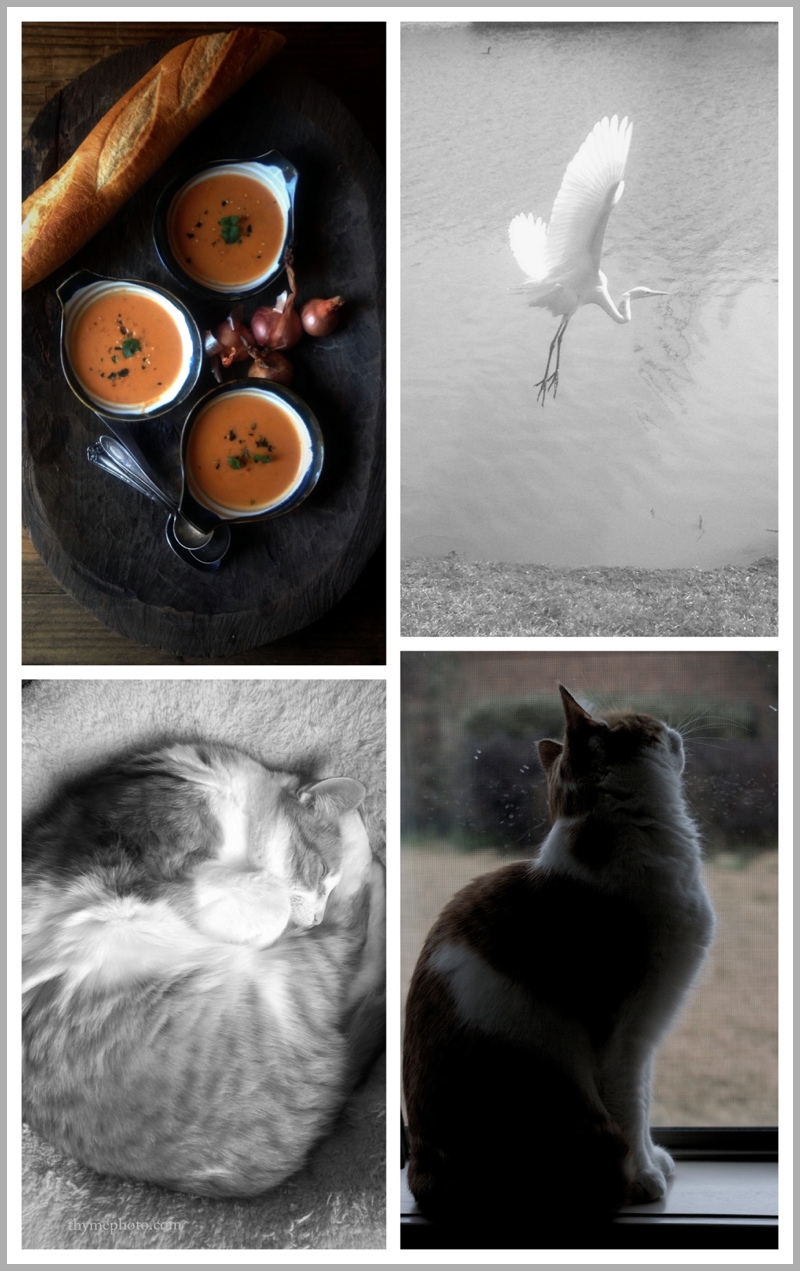 As I started to mix all of the ingredients together, my mind began to move in creative directions (creative...for me).

I thought of creating a "scavenger hunt" by placing little poems all over the house.  Each witty little poem would cleverly lead him to the next clue...and the next...and the next until eventually, he would be led to the oven door and

...voila!  There would be my freshly baked Oatmeal Cookies.

Ha!  There were about 10 clue-poems in all.  The final "clue" read like this,

"No Cream of Tartar
Not Enough Eggs
They're a little flat...but try not to notice that
If you've finished your sweets now
let's kick up our heels now,
and get on with our adventures
before you start wearing dentures!"

Where was I pulling this corny-ness from?  The cheezy one-liners and two bit rhymes just kept flowing from one rolled up little scroll to the next.

He thought the whole quest was great fun.  I'm sure that the final prize in his mind, however, was not quite the plate-of-oatmeal-cookie-idea quipped up by my female mind...he being young...and in love...and male.

The prize, needless to say, due to the complete hodge- podge of ingredients was a cookie that was flat, tasteless, and almost devoid of sweetness.  He tried to politely eat one until I took a bite, wrinkled my nose, and realized they tasted quite horrible.

We laugh at this story every so often.  We realized that the kids had never heard of my birthday surprise cookies before so when Patrick saw the plate of oatmeal cookies the other day, he grimaced and told everyone to make polite comments but DO NOT eat them...

Worry not...I didn't use the same recipe as years ago. 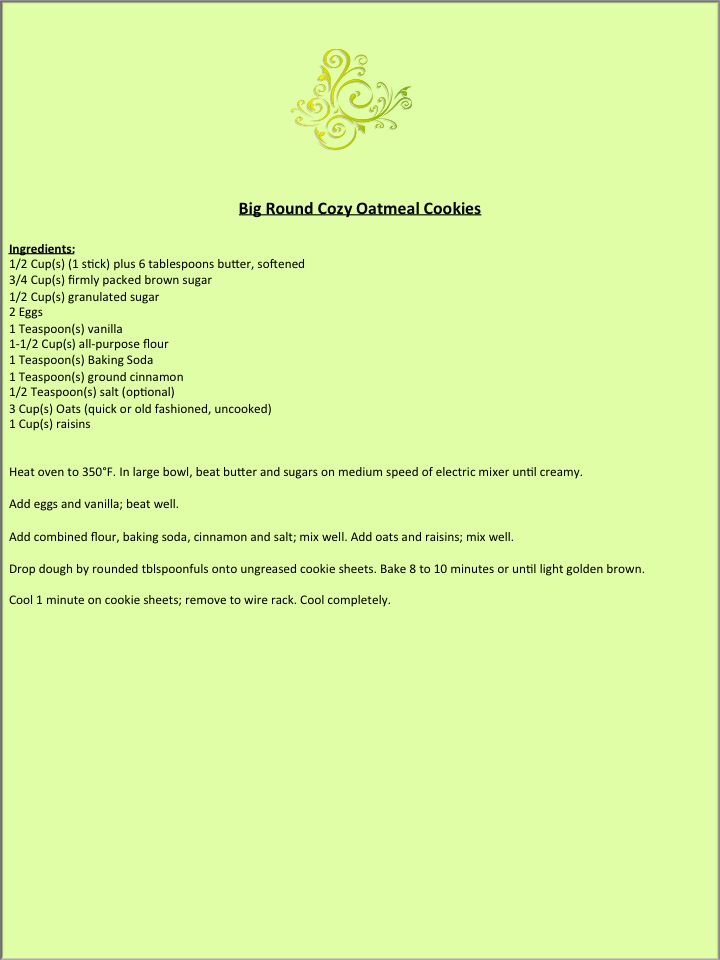