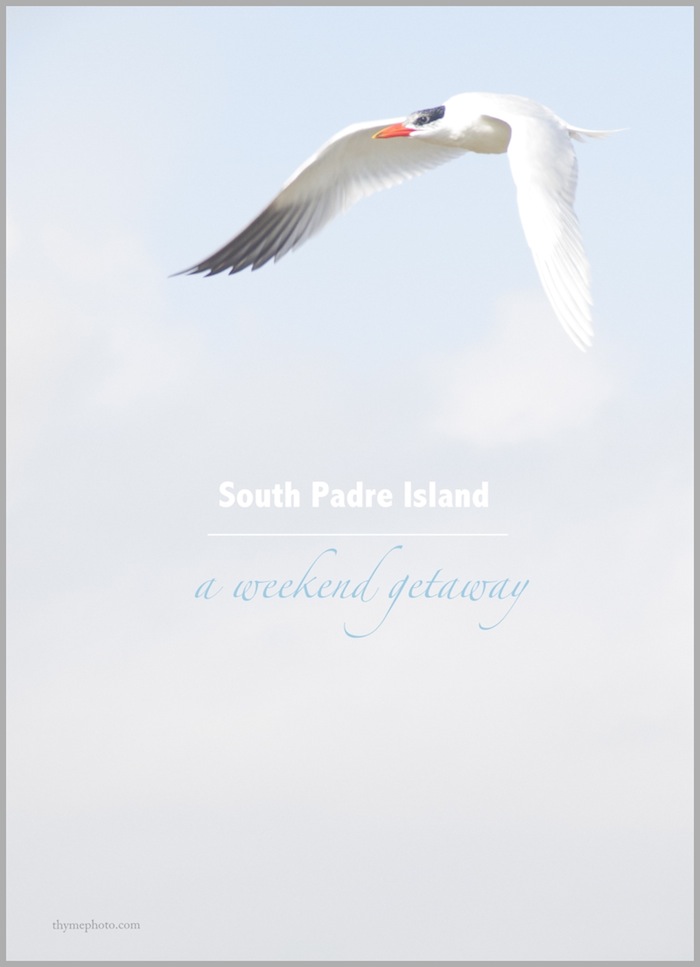 A birthday celebration, an island, and the cold greyness of the month of February.  All of these three elements combined to lure us down the Texas Gulf Coast for a weekend getaway/birthday/winter escape to South Padre Island.

It was my father-in-law's birthday.  As with my mother-in-law's January birthday, there have been many years when we all swept in for the holidays and then left their January/February birthdays unattended by us. 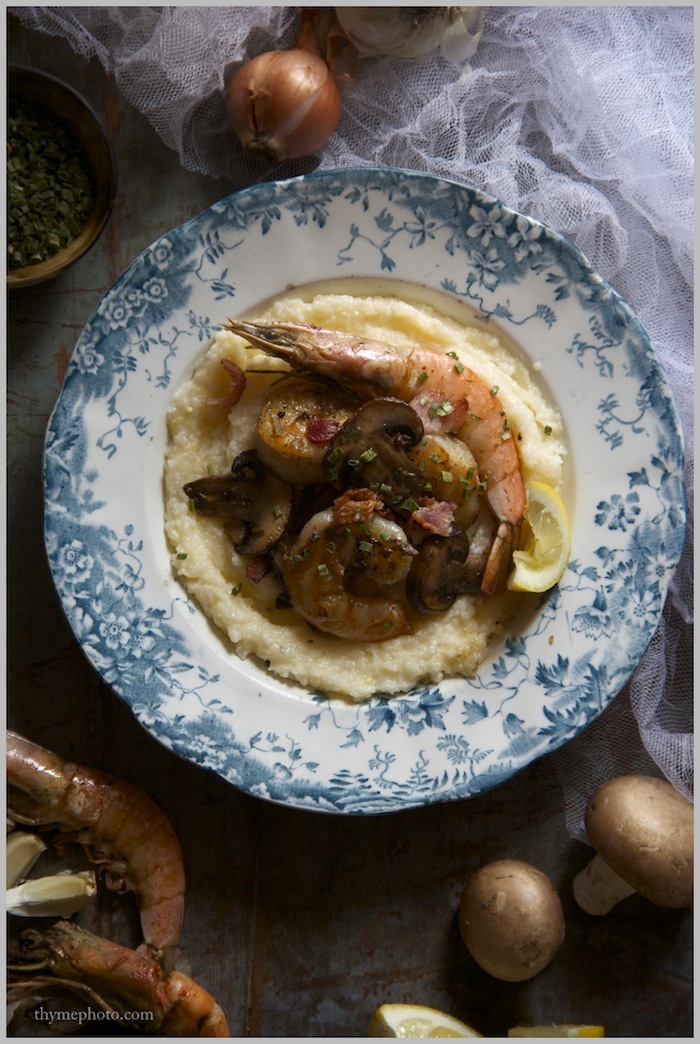 Now that they are wintering down on South Padre Island, we couldn't resist the opportunity to have a birthday weekend...a getaway for us and a birthday celebration for him.  Win-win!

Texas is a huge state.  To get from Houston to South Padre Island, it's a 6 1/2 hour drive.  Watching the temperatures rise, as we rolled further south, was pretty amazing.  South Padre Island is at the very bottom of Texas almost right on the Mexico border.  We left a cold drizzly city and arrived in flip flops and shorts.

The long drive down south is straight, flat as far as the eye can see, and rural.  One cattle ranch after another stretches all the way across the flatlands of Texas.  All one can see of these elusive ranches are the large metal entryway signs with unique artistic designs identifying the name of the ranch.  What lies beyond those gates captivates my imagination and mystifies me at the same time.

Beyond the identifying ranch sign, a narrow dusty lonely-looking road extends as far as the eye can see.  Oh, the curiosity of those peculiar ranch roads.  My mind wanders and it conjures up all sorts of dude ranch scenes, filled with longhorn cattle wandering about, hay stacks piled up and at the ready, sustainable gardens overflowing with produce because the markets are so far away, and just about everyone from the ranch hands to the ranch kids donning cowboy hats and pointy toed cowboy boots.

Along the drive, we stopped at a little roadside restaurant called Agave Jalisco in the tiny town of Goliad and had an authentic and delicious Mexican meal of Taquitos Mexicanos (bbq beef soft tacos filled with grilled onions, cilantro, and charro beans).  The Melendez Family, who own the restaurant bring their family recipes from Jesus Mary Jalisco, Mexico.  This is the area of Mexico  known for it's production of agave, which most people know as...tequila! 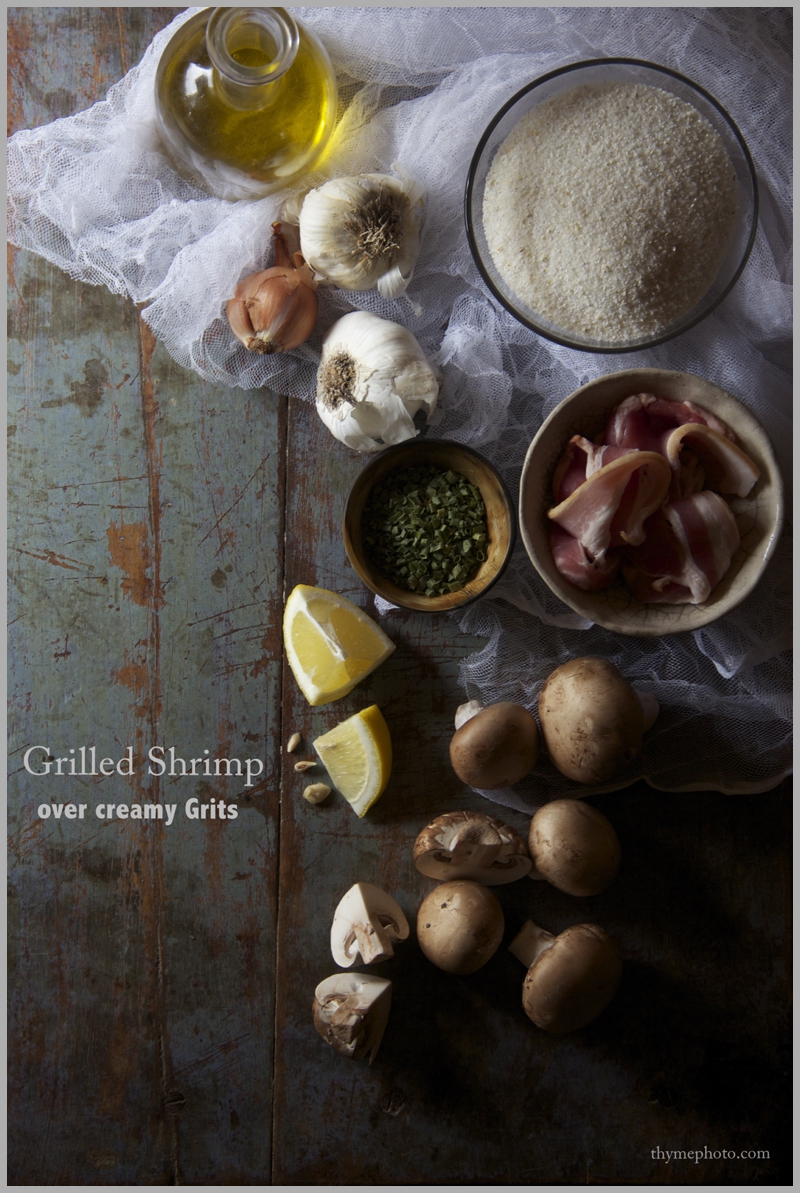 Filled with crunchy taco chips and spicy fresh salsa, we approached the tip of Texas and reached the 4 mile bridge that links the mainland to the tiny island of South Padre.

I knew we would be treated to the freshest of seafood being right on the Gulf Coast.  Signs for this seafood restaurant here and that one there rolled past us as we neared the coast. 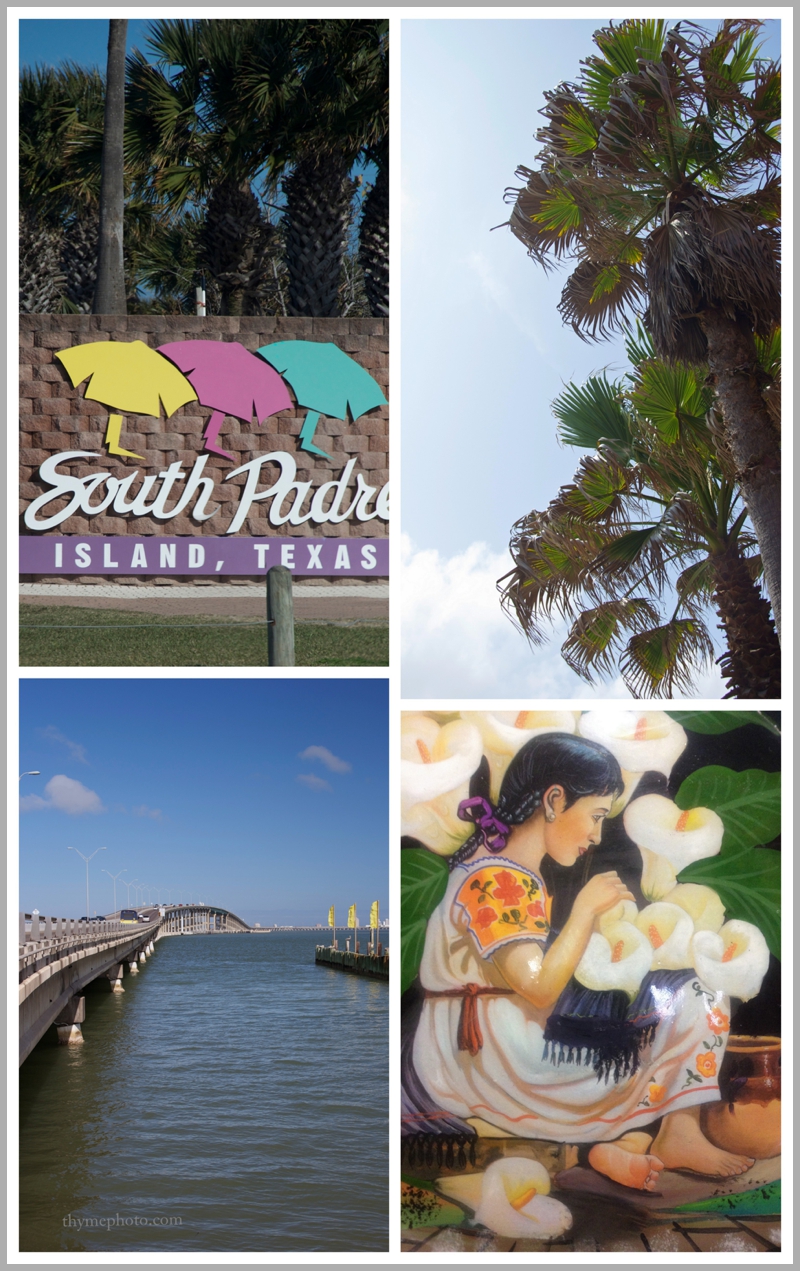 South Padre was originally owned by Spain in the early 1800's.  The first settlement was established by a Spanish priest named Padre Nicholas Balli, thus the name Padre Island.  Then with the Mexican Revolution, Mexico took over in the mid-1800's.

Today, the island, owned by the U.S., is a sleepy little retreat for people to come and walk along the pretty beaches, see the exotic birds that migrate through the area, and enjoy delicious seafood hauled in by the many fishermen straight from the Gulf of Mexico. 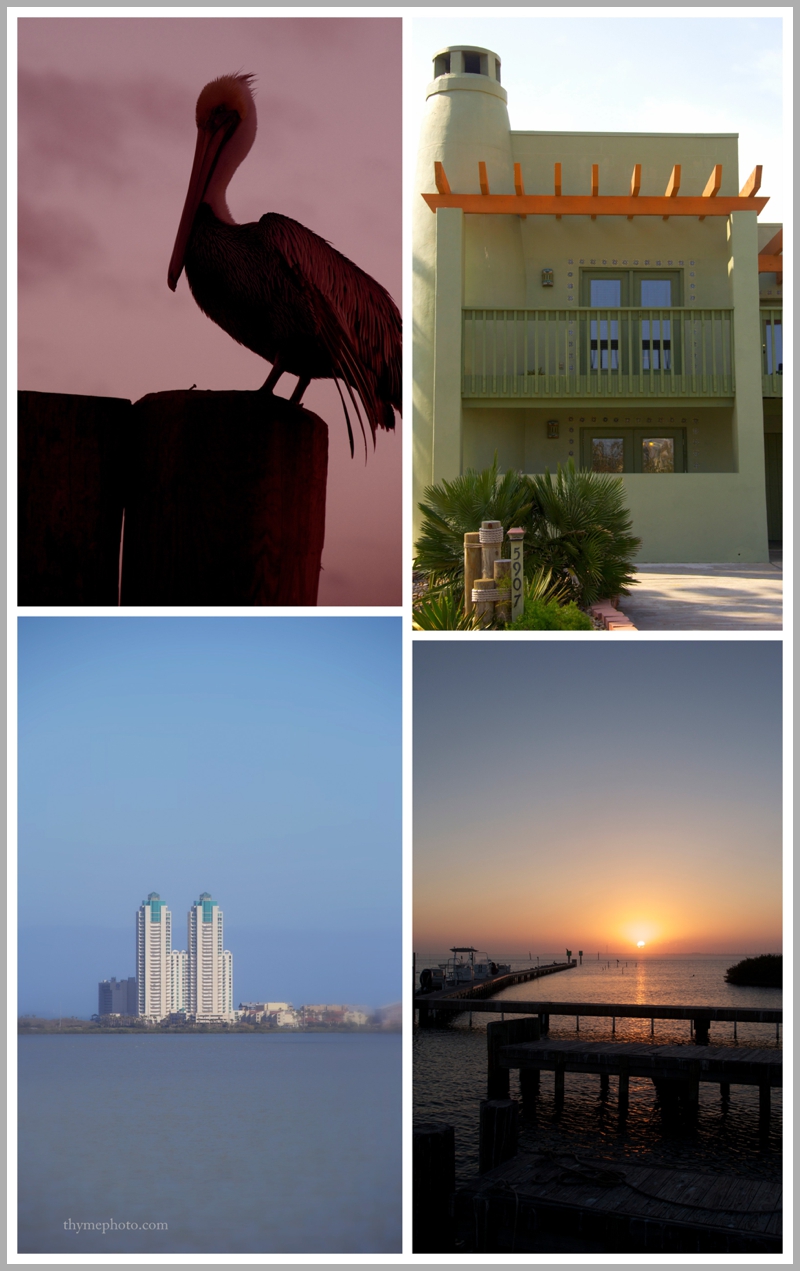 Many varieties of birds float lazily over the landscape.  Right as we crossed the bridge to the island, we spotted a group of huge Brown Pelicans.  There were about 15 of them resting and fishing together off of the piers.  These birds are gorgeous to watch fly.  They look downright prehistoric as they land gracefully and effortlessly in the water. 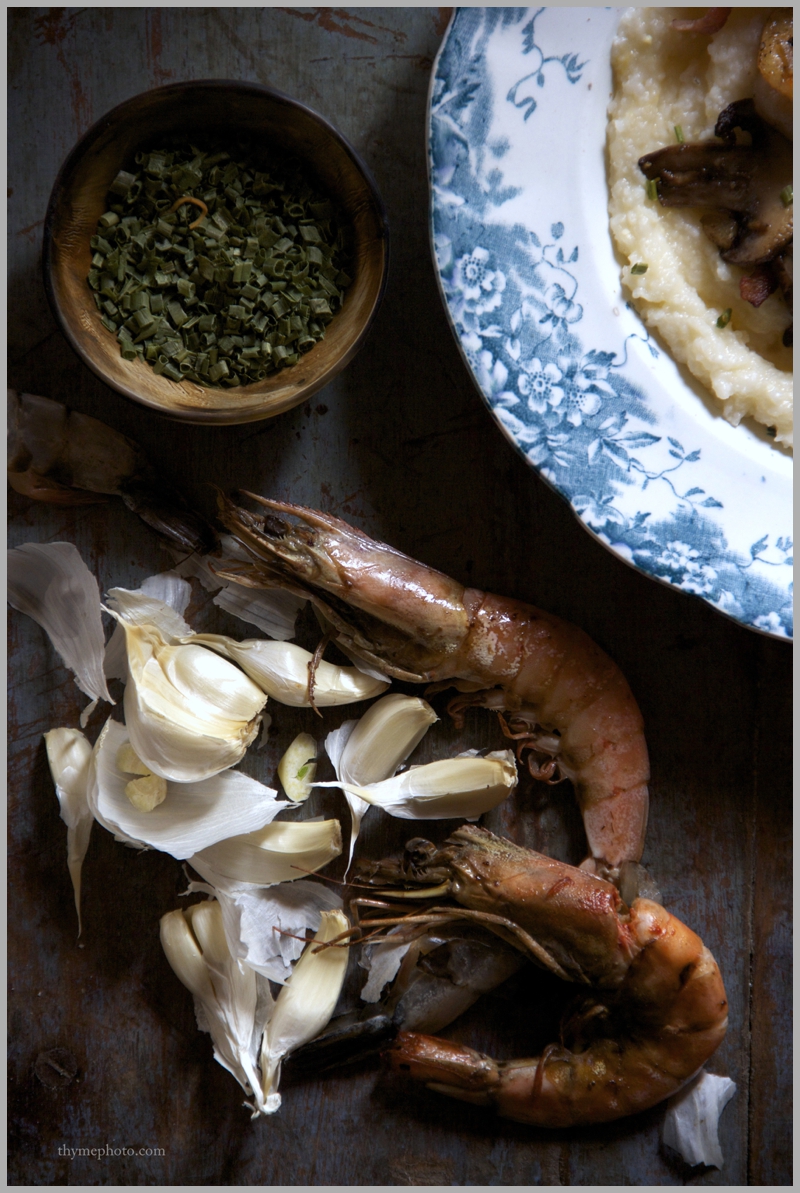 It really didn't take me too long to begin dreaming of a dish that I would cook when we returned home.  On several menus, I spotted several varieties of dishes with a combination of grilled shrimp and creamy grits.

My childhood roots tugged and I realized that I had not prepared creamy buttery grits in awhile.  My brother-in-law makes the most delicious sausage, egg, and grits casserole every year for Christmas.  While this dish has wonderful down-to-earth Midwestern roots, I knew the southern version of grits would probably include some type of seafood.

We arrived at our in-laws' "beach retreat" and immediately signs and sounds of beach living could be felt throughout the house.

Through the open windows, the roar of the rolling waves on the beach could be heard through the air.  The swaying of the palm trees overhead made the most lovely swishing sounds.  The air, infused with saltiness could soon be tasted on the lips.

Sugar, my in-law's beautiful white lab, barked a quick hello to Chester before resuming her post at George's elbow in order to catch the spare peanut that flew her way.

The pace on South Padre Island is quiet and relaxed.  We woke up before sunrise each morning and walked miles along the beach, breathing in the salty beach air and quietly smiling a good morning to those we passed by.  Each morning brings an entirely unique palette of sky, clouds, and sunrise.


I noticed on one menu, grits for breakfast.  This is how I've always eaten them as a child in Louisiana...for  breakfast.  Slow cooked until soft, this stone ground dried corn dish is often eaten hot with salt, butter, and milk...similar to a porridge. 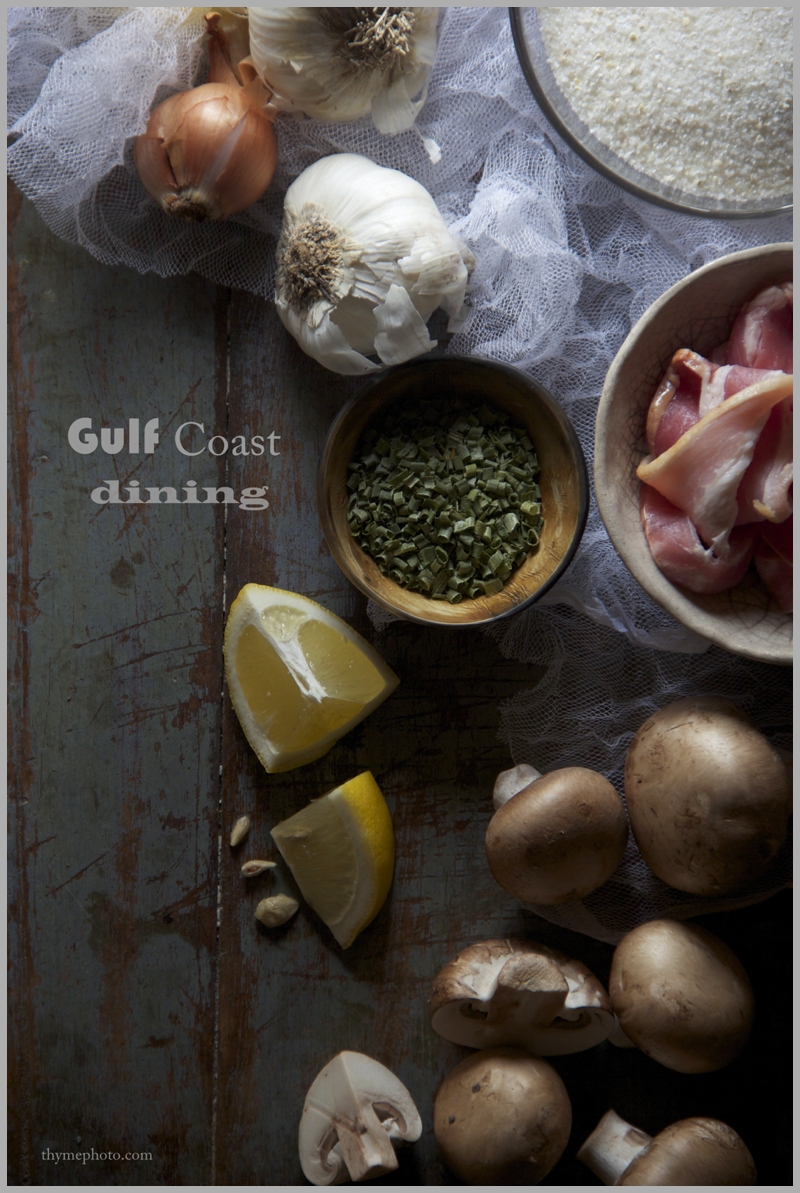 I saw this grilled shrimp and savory grits on the menu of  Yummies Bistro, where we had breakfast one morning.  The combination sounded delicious so I thought I would try it out when we returned home.

Grits, or hominy, as they are known outside the south, were introduced to the Europeans by the Native Americans.  Grits are known as one of the first truly American foods.  Coastal fishermen and families began adding shrimp to their hot grits to add variety and flavor.

We had a wonderfully relaxing weekend on the island. The weather cooperated fully, the sun shone warmly, and the breezes blew big and gusty.

One of the fun excursions was a visit to the South Padre Birding and Nature Center. With a good pair of binoculars and cameras, we spotted Royal Terns, Tri-colored Herons, Ibises, Alpomado Falcons, an American alligator, Texas Tortoises, the Great Blue Heron, and the majestic Snowy Egret.

I could definitely see how the island is a magnet for birding enthusiasts and I would probably happily join in the fun of searching out some of these beautiful breeds.

Migrating season is coming up and as birds return from further south, they often land on Padre Island in order to recuperate and replenish their fat stores.  I imagine visiting the island at different times of the year would offer an entire variety of migrating birds to enjoy viewing.


After a wonderful burger meal at Wanna Wanna café, right on the beach, we were thrilled to celebrate my father-in-law's birthday over this long weekend.  We felt recharged and ready to return to Houston and get back to reality.

We celebrated George's birthday at the gorgeous and artistic Isla Grand Beach Resort.  They have a beautiful restaurant there.  At their restaurant, the Windjammer, I chose the seafood enchiladas and they were delicious and spiced just right.  I do love the mixture of Mexican and American cultures and the blending of cultures is very apparent in the choices of food.

From Ceviche and Fish Ixtapa to Chalupas and Texas Brisket...the intermingling of Mexican spices and citrus fruits, the plentiful seafood, and the bountiful beef options bring wonderful ingredients to the chefs down there.

Along the return trip, lemons can be found at all the roadside markets down here.  Pecans are now collected from the fall and bins are full of them.  I roasted some brussel sprouts and added some dried cranberries and shopped pecans to them in order to take advantage of these nuts that are so plentiful. 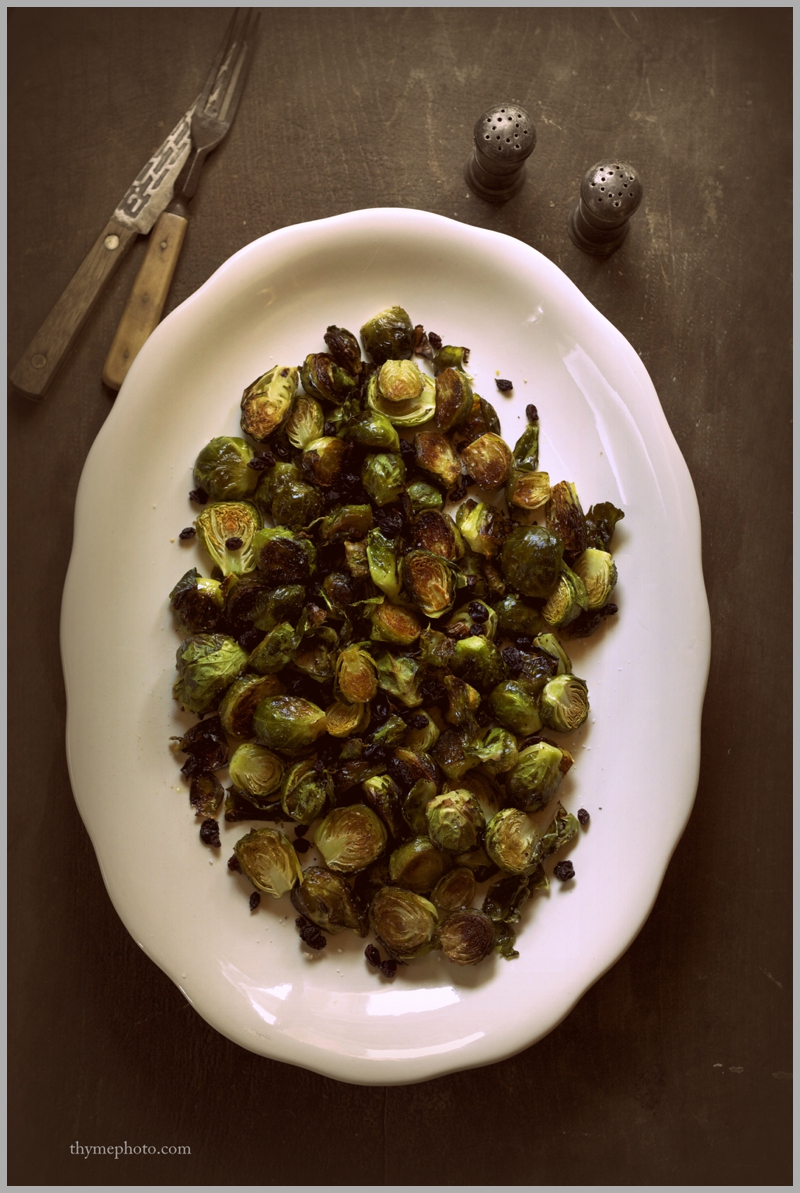 As we were walking miles along the windy beach, fisherman were setting up their fishing spots.  One by one, they quietly arranged their poles and gear. Wearing tall waders, they stood out in the crashing waves ready for the daily catch.


In a few weeks, South Padre Island will be the prime destination for Spring Breakers all over the state.  I looked around and imagined the laid back little island hopping with excitement and energy as the college crowd descends upon the beautiful beaches for a week of fun in the sun.


I was content that we were able to soak in the quiet season of the island.  Foggy mornings, few people, and quiet scenes are much more my comfort zone.

We also visited a seaturtle rehabilitation center.  I had no idea that the rescued turtles there would be the size of a small patio area.

The sea turtles were not only huge but they popped their heads right out of their huge tanks as if to say "hello there" to all of us peering down at them.

Several turtles had prosthetic flippers specially made for them.  The flippers help them to swim and survive on their own, otherwise they would only swim in circles and would eventually die.

Yummy's Café was definitely the hotspot to be for Sunday breakfast for the locals on the island.  My in-laws are having a terrific time getting to know all of the fun places to dine as they are now considered the "locals" themselves.


The weekend was only hours from Houston but truly felt like a wonderful beach getaway for us.  On the long straight flat drive back, dark clouds piled up in the sky.  The barren landscape became alluring and haunting as the wide expanse of sky turned smoky grey and rain poured down all around us.  I imagined this wild weather on the island and how different that would be.  We'll have to return and see what a winter storm is like on that tiny island at the very tip of the massive state of Texas. 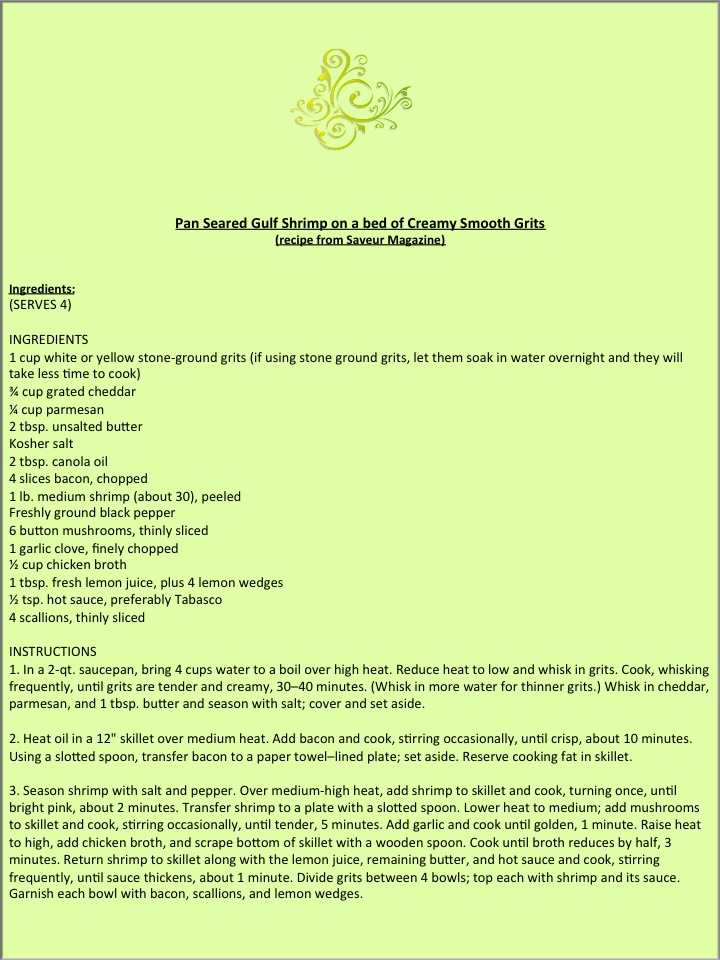