After we were cozily settled in our little rabbit hole within the charming cobblestoned streets of St. Germaine de Près, it was time to venture into greater Paris. 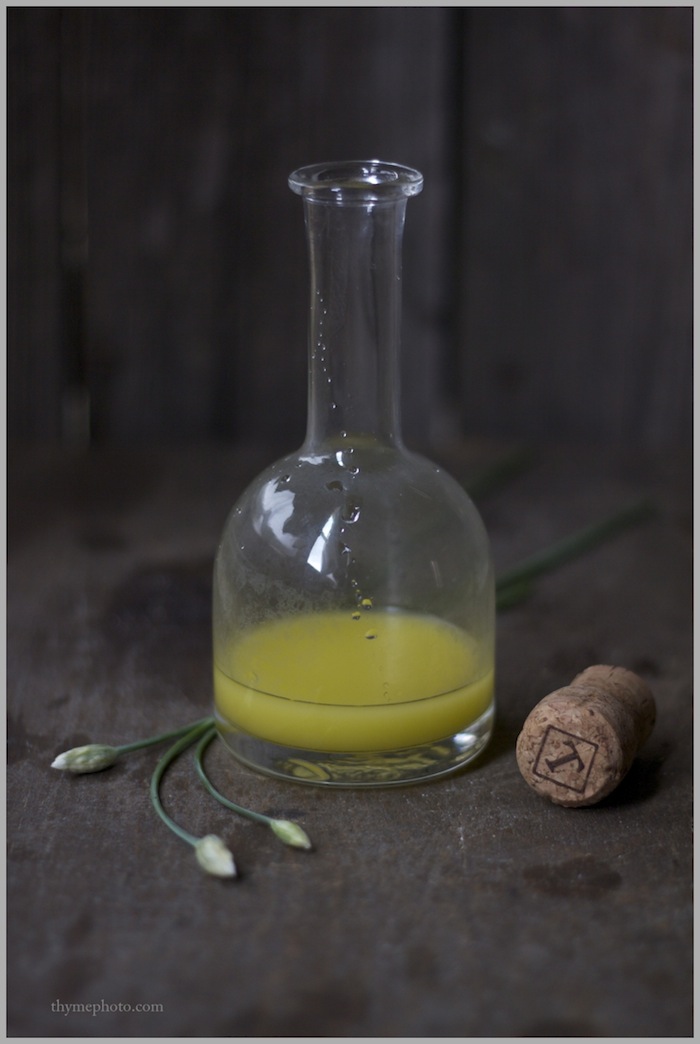 Madeleine would be studying in France for the remainder of the summer.  We had one full day in the city together before we had to get her over to the 12 Arrondissement to meet up with her student group and be off on her separate adventures.

Half of our one day together was spent waiting tediously at the L'Orange phone service chain in Paris, trying to understand how to get ourselves set up with SIM cards and  french service for the summer.  What a learning curve that was...took much longer than I anticipated.  Everyone was so polite and helpful there, but...oh, 1.5 hours later...we had french phone service.

The second half of the day, after Madeleine was dropped off to her group and on her way for the summer, was spent strolling idly through Le Marais district and the Ile-de-la-Cité as R. and I carefreely made our way back to our tiny abode. 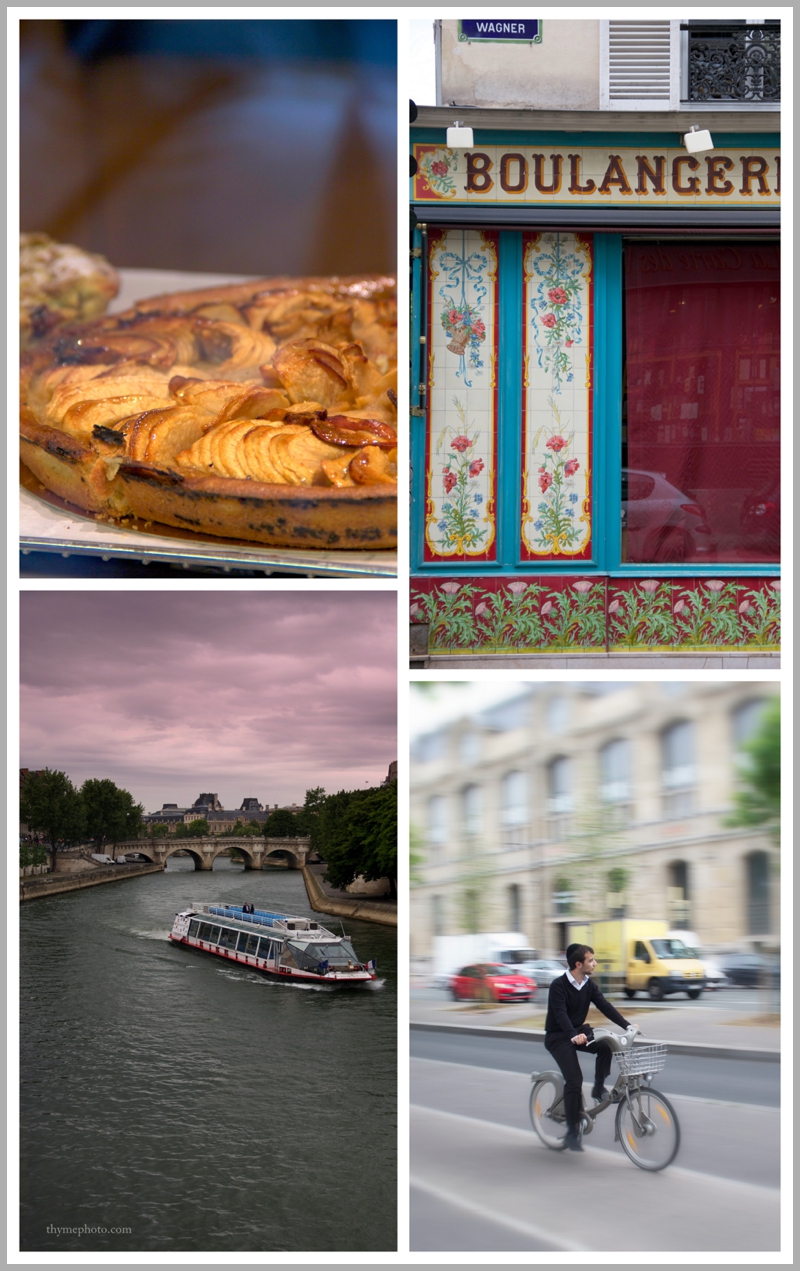 We crossed over the Seine River several times that day.  No matter what time of day, the views looking up and down the river are ever-changing and never fail to impress.

Our apartment was only a few blocks away from the river. In the early morning hours, I couldn't believe the stillness and peacefulness of the entire stretch of water along the Seine.  A few cyclists softly pedaled by but traffic was almost non-existant.  The only other sound seemed to be the shuffle of runners feet as they jogged in the cool May air along the pretty tree-lined sidewalks.

On our way back from the 12th Arrondissement, we made our way through Place des Vosges in Le Marais district.  Right around the corner from there, not far from Victor Hugo's home, is a little restaurant, Café Hugo, where Riley and I sat down and had our first Café Crème for me and Chocolat Chaud for him.  What is it they do to their hot chocolate in France that makes it so luscious?  It is less sweet than what we drink in the U.S., thicker, richer, and so very, very delicious.  Instead of a drink, it could easily be an option on the dessert menu.

A few blocks away, a little school was just letting out for the day.  Children were running out to their waiting parents.  Strollers lined up with younger siblings.  One by one little groups of family made their way homeward.  I couldn't help but notice many of the little boys were wearing kippahs on their heads.  It appeared to me that this perhaps was a Jewish school.

The Marais became one of the largest Jewish quarters in Europe after the French revolution when the wealthy aristocrats left the area.  Reading about this history, it didn't surprise me to see traditional Jewish dress on the children as well as the parents.  It was wonderful to stroll along and witness a culture that thrives in this area and holds to its traditional ways right in the heart of Paris.

We've done so much studying and reading about WWII in both middle and high school.  Standing there on the sidewalk, imagining the Jewish persecutions, like the Vel d'Hiv roundup,  that took place in the early 1940's, even in a great cosmopolitan anti-Nazi city like Paris, brought to life the tragic stories that comprise the Jewish history on this planet.

To see this ancient culture concentrated in this section of the city, happily attending schools, playing in parks, and running quaint shops, connects history from one generation to another in such a historic city that has seen so much revolution, peace, war, extreme suffering and restoration.


Many times during our stay, we passed the book kiosks that line the Seine River.  They are engaging and one must move slowly to absorb their tidbits of history.  At the end of Pont des Arts, or the "love locks" bridge, a block or so to the east of it, I reveled at this particular kiosk in the selection of antiques books.

Something about the river flowing by, the tree lined avenues, the crisp May air, and the collection of richly colored books and oil paintings, kept me lingering a bit longer at this one more so than at the others. 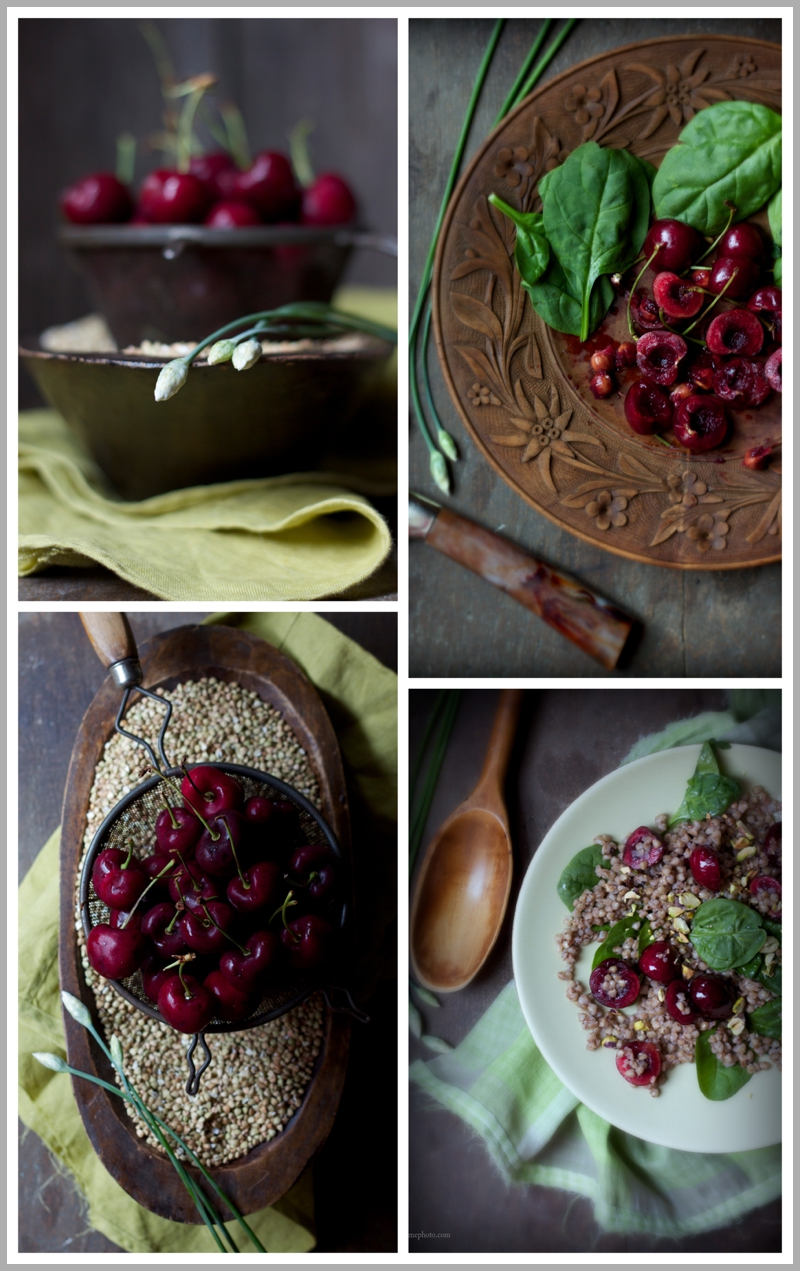 On our way back to St. Germain, we passed several street markets. They were brimming with basketloads of cherries, my favorite summer stone fruit.  Cherries were just beginning to show up for the summer at the french market stalls.

I had not yet seen any cherries in Texas before leaving for France, so the sight of these little ruby orbs of deliciousness made my mouth water.  Cherries seemed to be the central image for the remainder of our stay not only in the city but in the countryside of the Loire Valley as well. 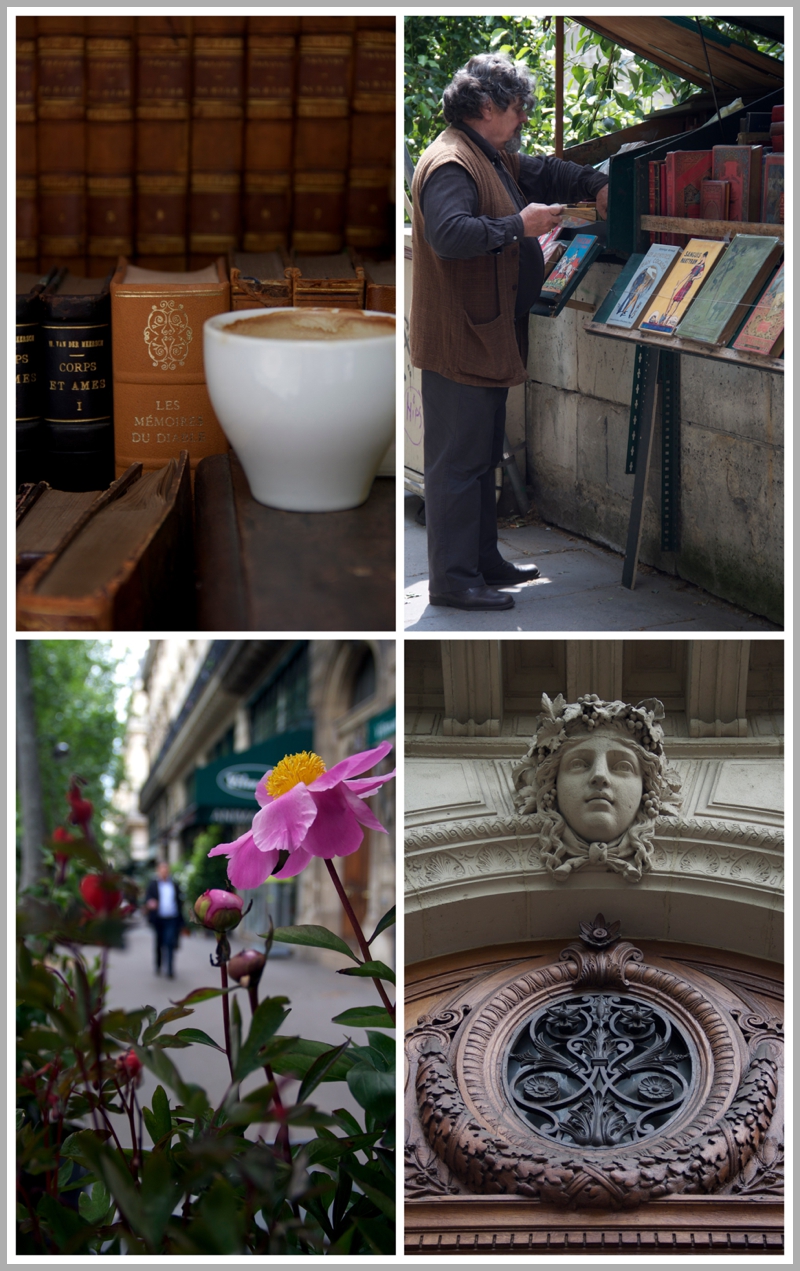 I knew, without even noting it, that cherries were going to land in a few summer recipes once I returned home.  I have a Summer Cherry and Pistachio Summer Salad with a Fresh Vinaigrette recipe that is delicious in the hot summer months.  With pistachios as green as the summer fields and studded with juicy fresh cherries, as red as the poppies that pop up all over the fields of France, the two are paired together in a light vinaigrette dressing and are nested on a cold bed of chewy barley. 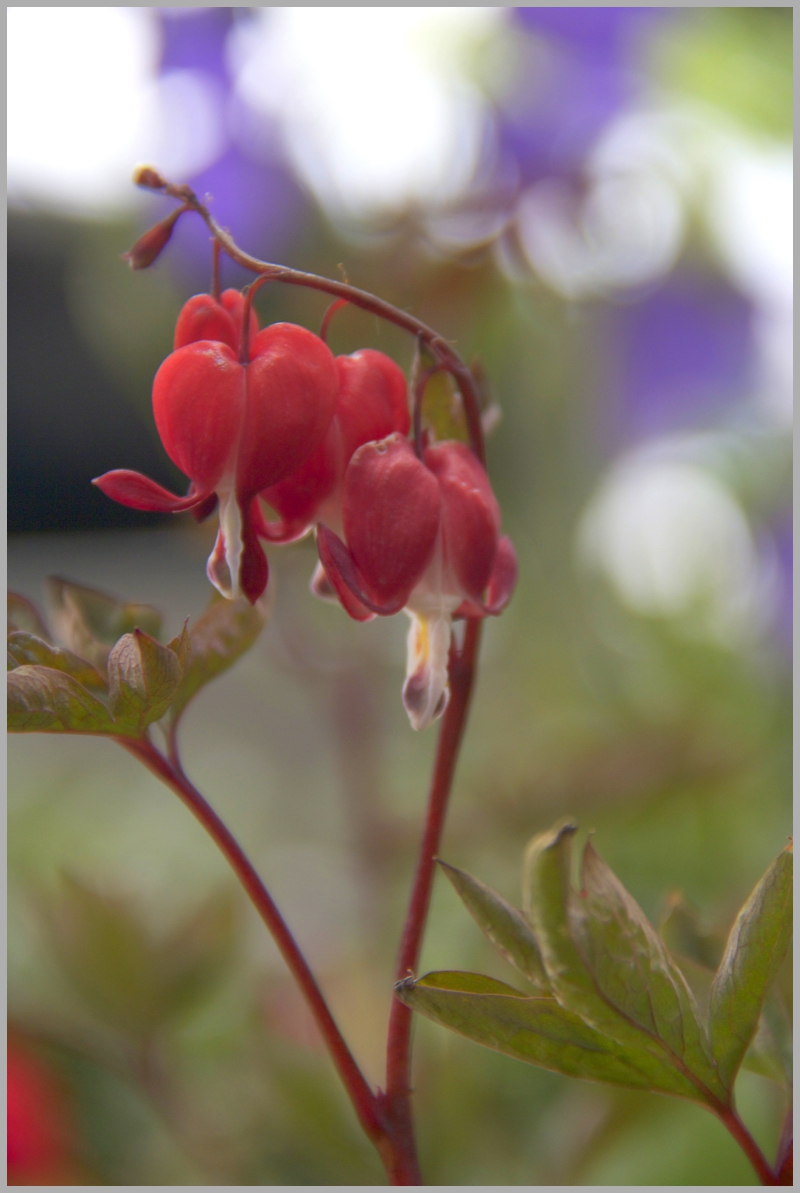 It happened to be "La Fête des Mères" or "Mother's Day" weekend in Paris.  Flower shops spread out their beautiful baskets of flowers and arrangements all over the sidewalks so passersby could pick up their arrangement for weekend festivities.

One of my favorites, the little Bleeding Heart flowers caught my attention...because they seem so fragile to be in this grand city pulsating with so much activity and energy.


As school was letting out at the Jewish school in the Marais district, this little girl, adorned in her ballerina attire, caught my eye.

She flitted alongside her mother, twirling and turning so her little net skirt could fly out.  It started sprinkling with droplets of rain, but she barely noticed this, as well as the busy city of Paris pulsating around her, as she moved along in her own little world of ballet performances, secure that her mother was right by her side.

I watched this cuteness  and innocence for a few minutes until they disappeared around a tiny lane on their way home for the day.

As we moved along past the Marais district, the tiny lanes give way to more open squares and less cozy scenes.  Structures become more opulent and grand in scale, influenced by Napoleon's influence on the city of Paris.

The Marais District remained true to "old Paris" and  wasn't razed like other parts of Paris during Napoleon's reign.  Large sections of Paris were knocked down and re-made to be open and wide so that huge armies could march through as they showed off their strength and show of force by the government.


After thoroughly enjoying our stroll through the Marais district, we crossed over the Seine and moved into the Ile-de-la-Cité.

Nôtre Dame Cathedral was there standing tall and stalwart as ever to greet us on Ile-de-la-Cité. One can't help but stop, stare, and try to take in all the glory and history of this structure, both inside and out. 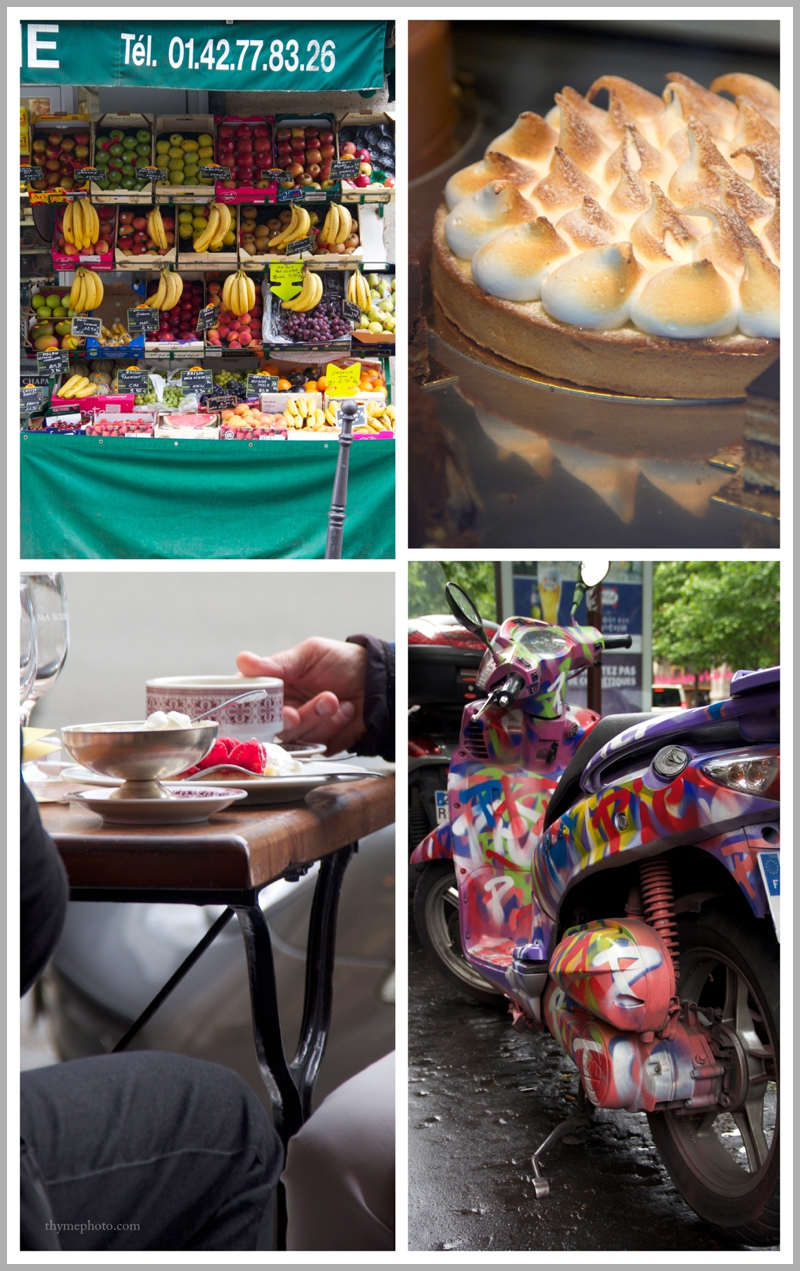 At a street market on the way home, Riley and I asked for several euros worth of fresh cherries.  Little did we realize we would get such a large bag full of these wonderful little treats.

Carrying them around the city streets with us was difficult as they kept bobbing along tempting us with their sweet juiciness. 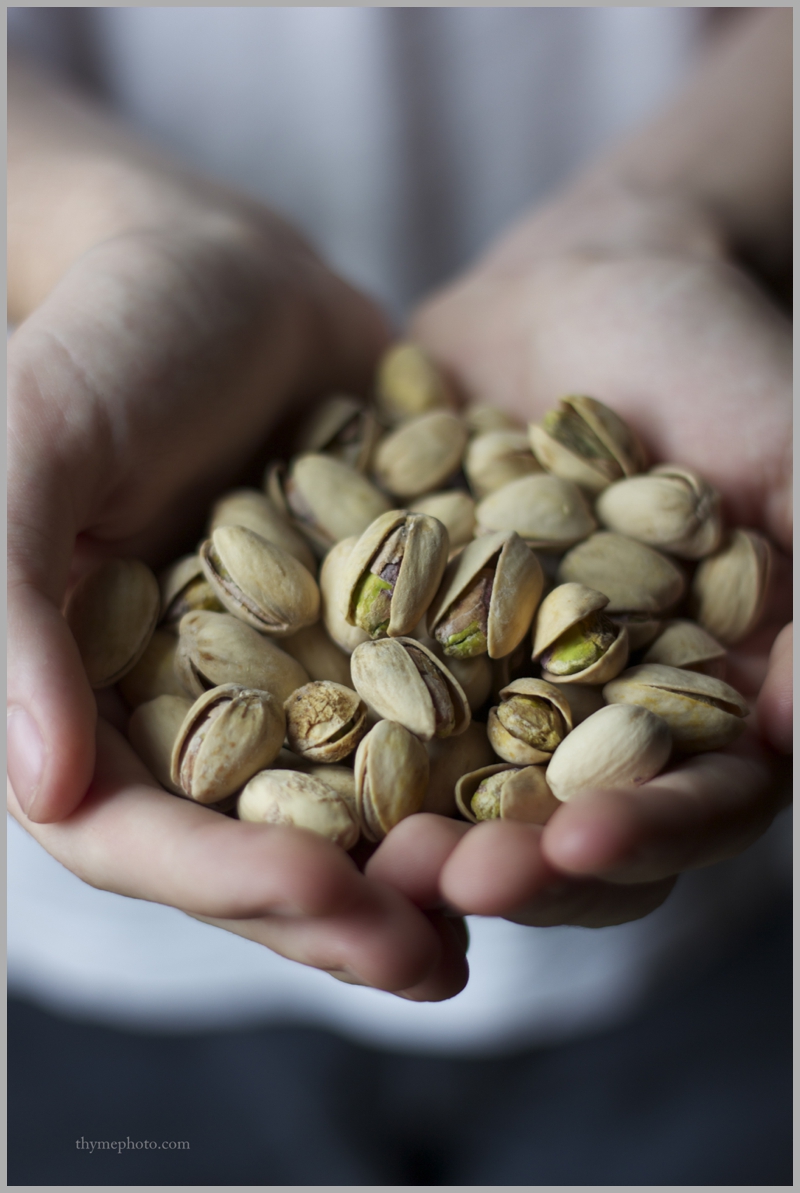 Finally, we plopped down on a park bench, tired and hungry, with that bag full of cherries teasing the very tips of our fingers.  Succumbing to temptation, one by one we plucked a cherry out of our bag and relaxed for a moment in Paris, as people whizzed by to the right and left of us.

Bellies satiated, but fingers stained red from cherry juice, we probably consumed half of that bag of cherries in the Marais district of Paris.  Eventually, we made our way back to St. Germain looking a little messier than anticipated, but considered our first full day in Paris a pretty good success. 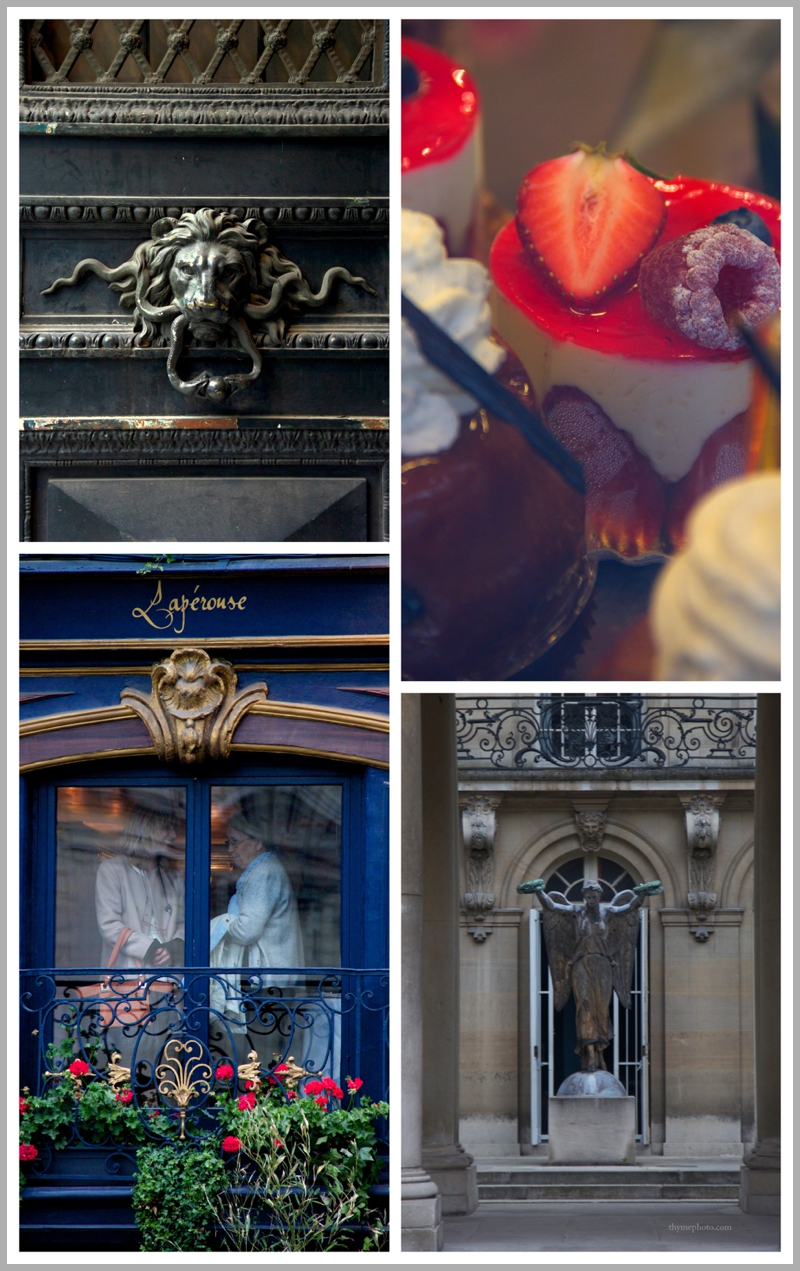 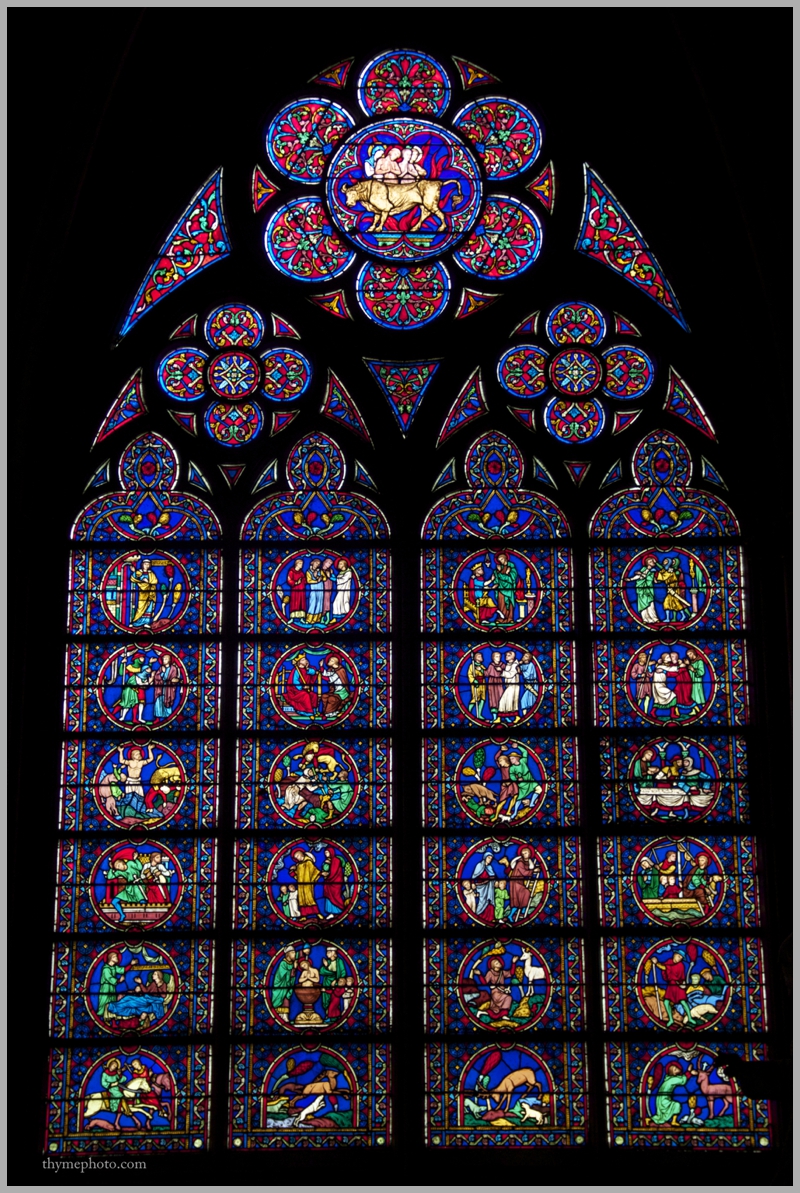 There are so many french dishes, like terrines and cassoulets, that I would like to attempt in my kitchen back here in Houston, Texas.  But, I also couldn't help thinking of what particular American dishes I would prepare if I hosted a french friend at my table.

What came to mind were Spiced Beef Stuffed Bell Peppers.  I thought the French would enjoy this American dinnertime favorite.  I also thought it would be quite different from their lunch or dinner fare.  Spices, garlic, onions, rice, and ground meat (beef,pork,or turkey) are spooned inside of summer bell peppers and then roasted in the oven.  A handful of shredded cheese added to the top, gently melted under the broiler, makes for a delicious, hearty "bistro-like" fare.

I would toss a simple salad, present a bowl of crimson red cherries and open a bottle of chilled white wine from the Napa Valley in California, to round out the meal.  More than likely, between sips, the conversation would revolve around descriptions of french dishes, then American dishes, then more French dishes.  A lovely evening...in my opinion! 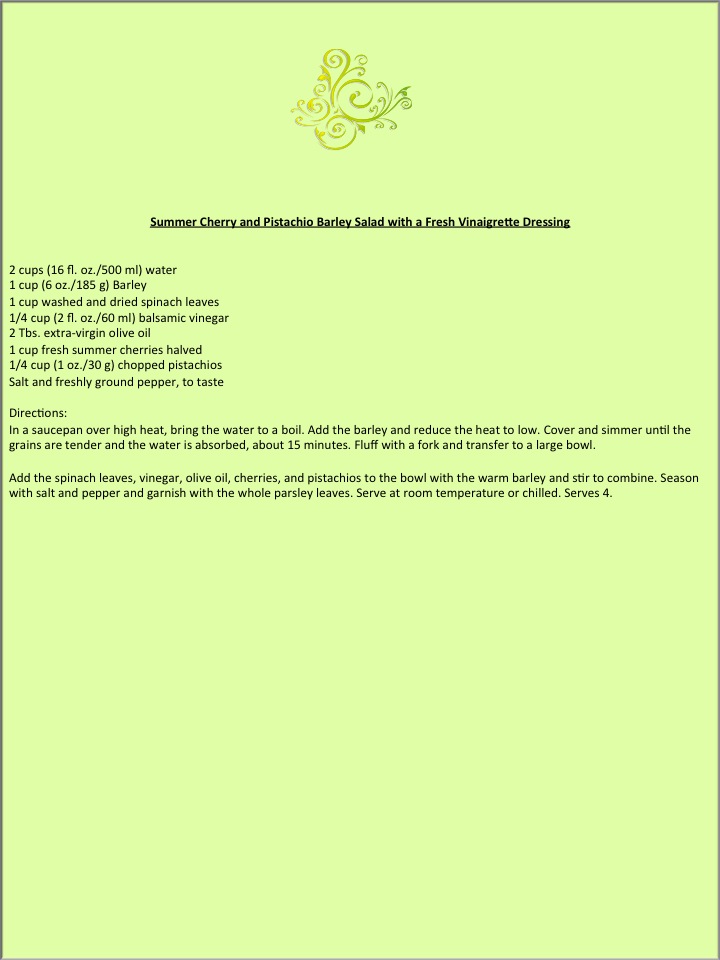 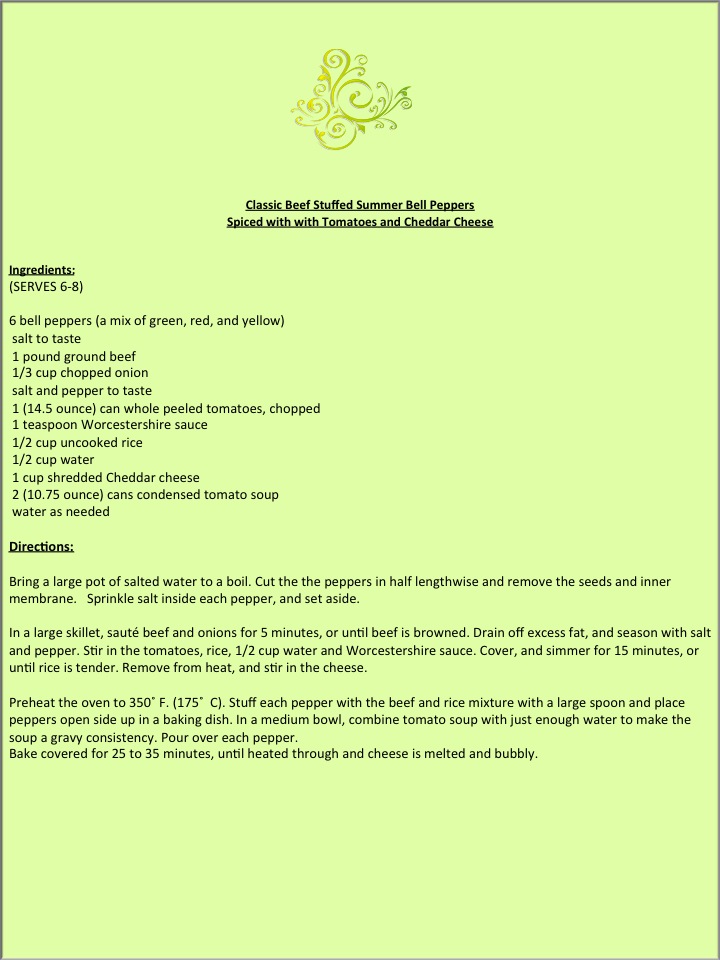