Collecting wishes in my pockets...while gazing up at twinkling stars

It's been 5 agonizing months that our future has been in limbo.  My birthday came in May and our decisions were being weighed and measured and scrutinized.  Our wedding anniversary arrived in August, but then all possible decisions looked bleak and doubtful.  We decided to make a change happen in our lives...but so many factors had to come together in order to make that happen.

We decided to desperately place our wishes upon a star, but as the weeks crept by uneventfully, it seemed that it was just a childish gesture full of allusions and false aspirations.

Exciting changes were on the horizon one day and then seemingly vanishing in the shimmering humidity by the next day. 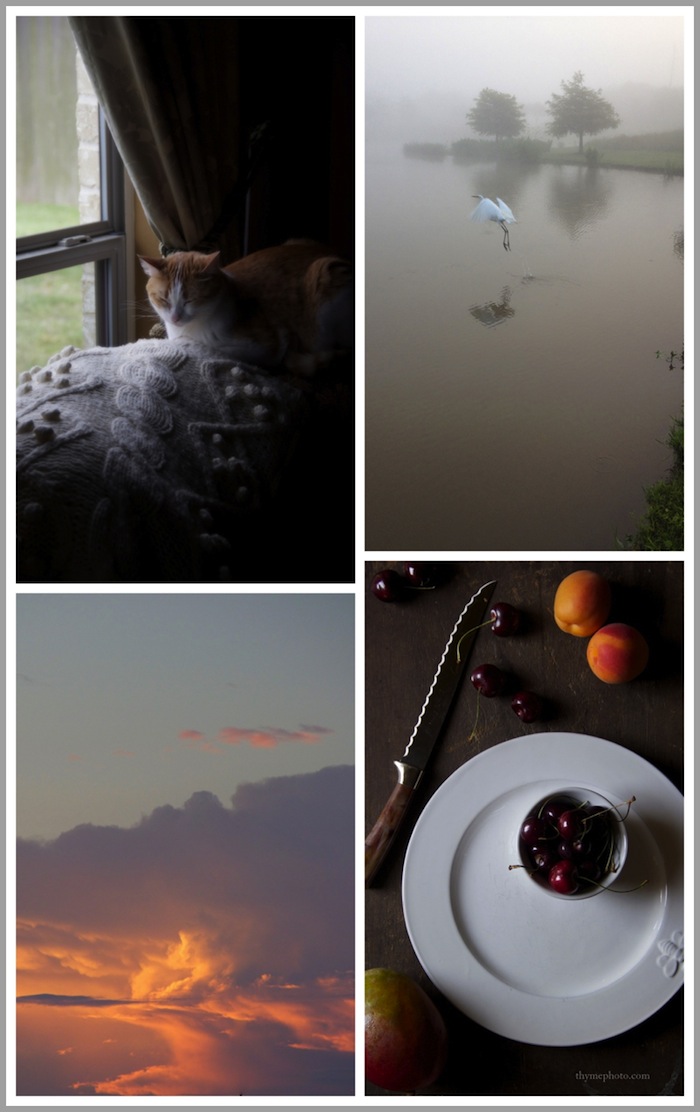 As late summer days ticked off slowly and the humidity level here seemed like it would never break its clammy grip,  we began to turn away from looking up and gazing hopefully at those twinkling stars.  Change is hard...routine is comforting. 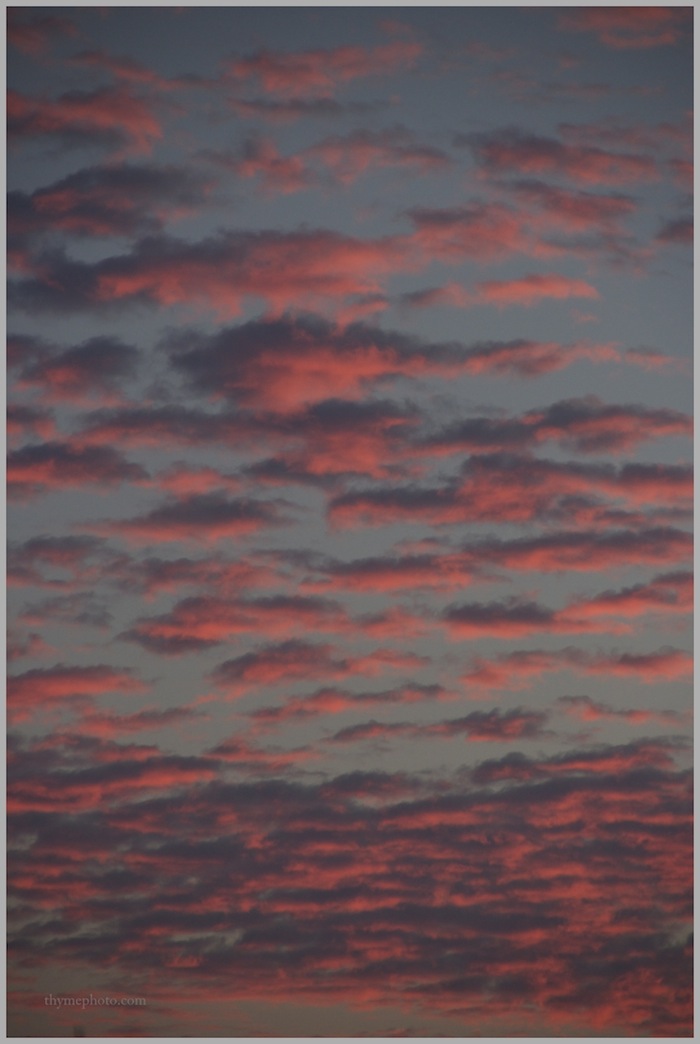 Patrick's birthday rolled around and we were hopeful we could finalize decisions about an impending move possibility.  We have a September birthday and an October birthday and as I love these months, my mood is always upbeat and full of anticipation for seasonal changes to put on their dazzling show. 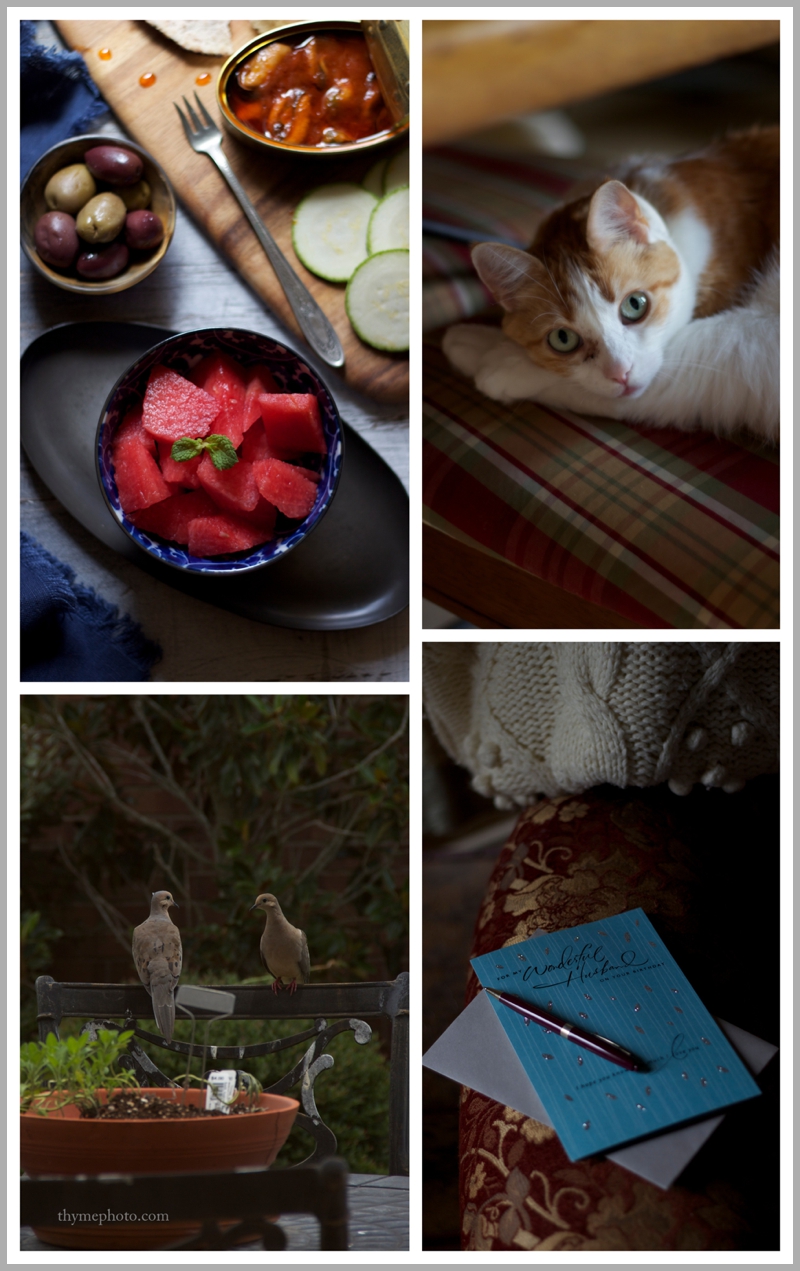 Patrick would be leaving for nearly a month of travel.  England, Italy, and California were on the roster of locations...for starters.  I wanted to celebrate his birthday with a delicious meal tailored just for him before the big send off. 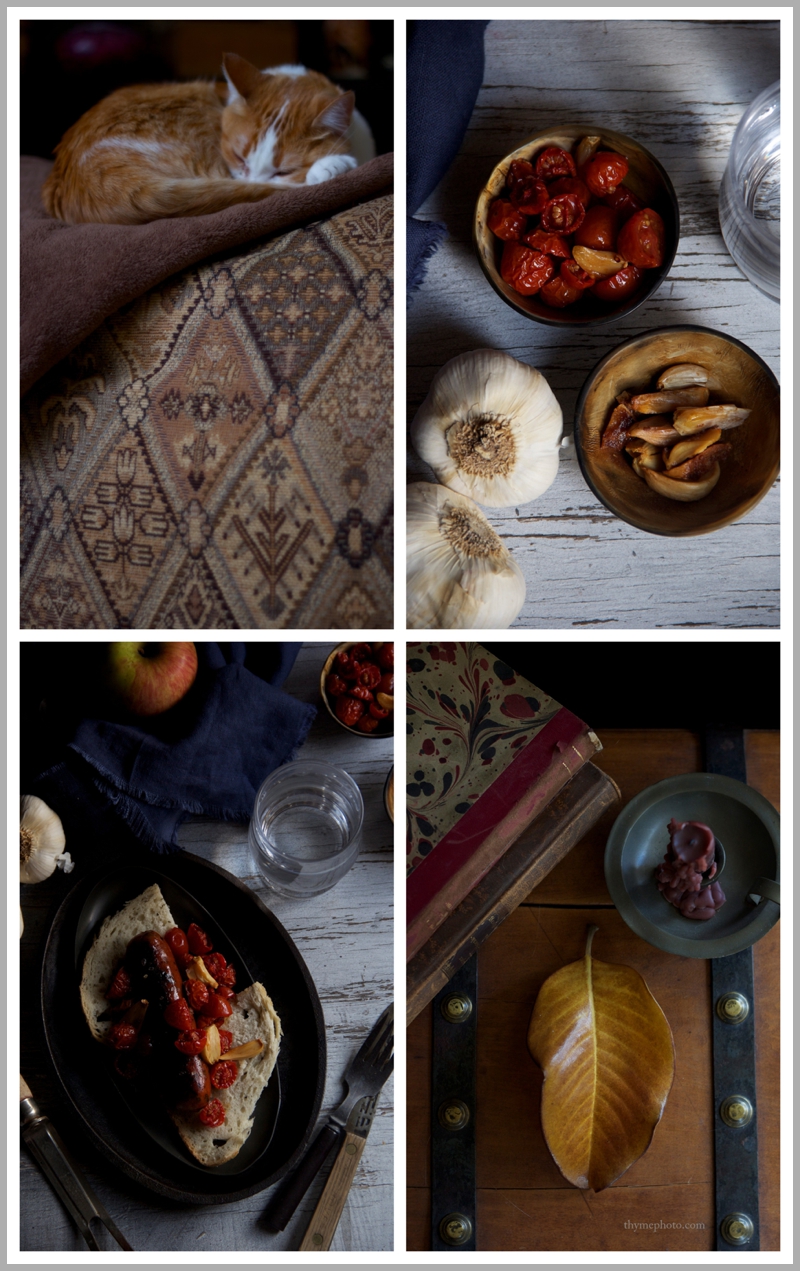 Meals have been quick and easy for the past couple of months as we grappled with indecision about making life changing decisions.

And then all the stars aligned in our favor and something special indeed happened.  We were given the job opportunity to relocate...anywhere in the U.S. This was the final piece of the puzzle that made our big picture scenario all come together.

We could scarcely believe this possibility was in front of us.  We checked in with each other daily just to shake our heads in wonderment that life could offer us the possibility to relocate to a location of our choosing.  We have moved 9 times during our marriage...and location has always been decided by job requirements.

All rational thought has been difficult to come by lately as we oscillate from one scenario such as living in an historic farmhouse to another such as living on a mountain top...or an urban condo?  Why not sell our home and be nomadic for awhile?  That in itself presents another range of possibilities.

Dinners are unplanned and mismatched lately.  I randomly picked up some cherry chipolte sausages and grilled them until crisp on the outside. I absent mindedly added some tomatoes that were idly roasting in the oven with no particular intent and piled everything onto  thick slices of rosemary sourdough and called it dinner.

No meal planning is happening over here at the moment...whatever is in the kitchen might land on the dinner plates...hot, cold, ordered in, or thawed out.

Maps have been open and strewn about on the kitchen table.  Our fingers have traveled from Seattle to Maine...from Portland, Oregon to Portsmouth, New Hampshire.  With the decision on where to relocate literally at our finger tips, we were thrown into excitement...then panic...then elation...then self-doubt.

Are we more of the relaxed earthy West Coast personality types or more of the salty little harbor town types of the East Coast?  We love both areas of the country and could easily see ourselves adapting to both locations.

Last November, while babysitting my little nephew Luca, I continued to fall in love with this gorgeous city here.  Just a few weeks before that trip, I rolled up and down the east coast falling in love with the small New England port towns on this trip here.

But, have we become so urbanized that if we move somewhere there isn't a Whole Foods 5 minutes away and 4 Thai restaurants vying for our Friday night contemplation...would we not be able to adapt? 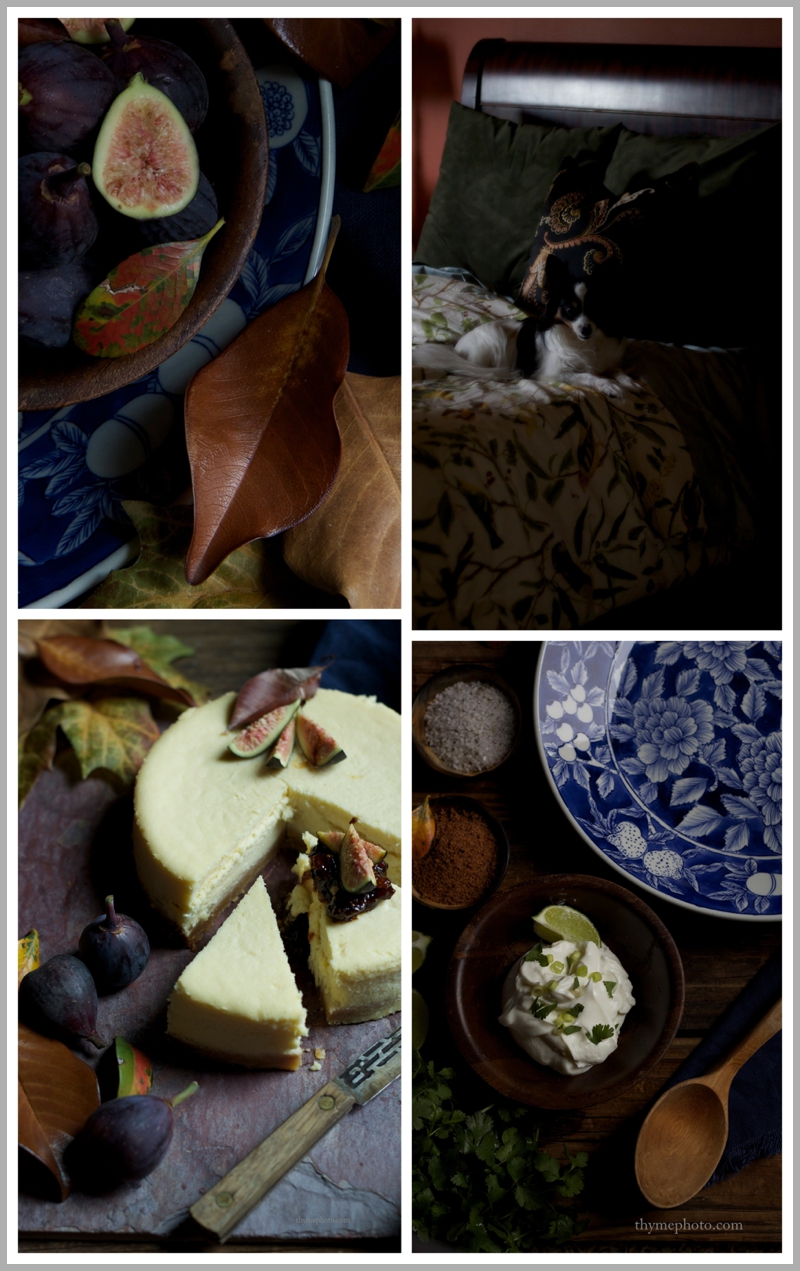 Amidst all of the excitement of insecurity, change, and exploration, I decided I wanted to concentrate on one delicious meal for Patrick's birthday. One meal. One decision.

Chicken or beef?   No, ravioli...he loves ravioli. No..wait.  He likes pork chops better.  It got to the point where the smallest decisions now seemed fraught with...indecisions!

He was about to embark on a whirlwind trek across Europe and while he was there, I planned to embark on the first leg of my own exploration for a potential location for us to call home.

Where?  Taking deep breaths and letting our fingers do the guiding, we decided I would start the search in


I bought several pounds of chicken drummets and wings and  seasoned them well with olive oil, salt and pepper and my special BBQ rub from the spice shop Penzey's.  It's a delicious BBQ rub that I typically use only on occasion because I never want to run out of it.  But...now they have online ordering, so I threw the spices on the chicken generously.

Soon the house smelled of roasting chicken wings alongside large plump baking potatoes.  We set out all of the baked potato toppings...dollops of sour cream, generous helpings of fresh butter, roasted garlic cloves, and snippets of chopped chives.

Whole Foods supplied me with the most delectable goat cheese cheesecake.  Fresh figs are coming into the markets so I bought some of those and sliced them up.  I had a jar of Fig and Walnut compote from Stonewall Kitchen.  I gently heated that on the stove top and spooned it over the cheesecake alongside the fresh sliced figs.  Delicious!  I'll get around to making this cheesecake myself because it was so delicious...we were licking the plates clean!

So we're off in separate directions for the month of September after this birthday dinner.  The fun and excitement of it all is the complete uncertainty and dreaminess of it all!  Change is hard...but change is coming! 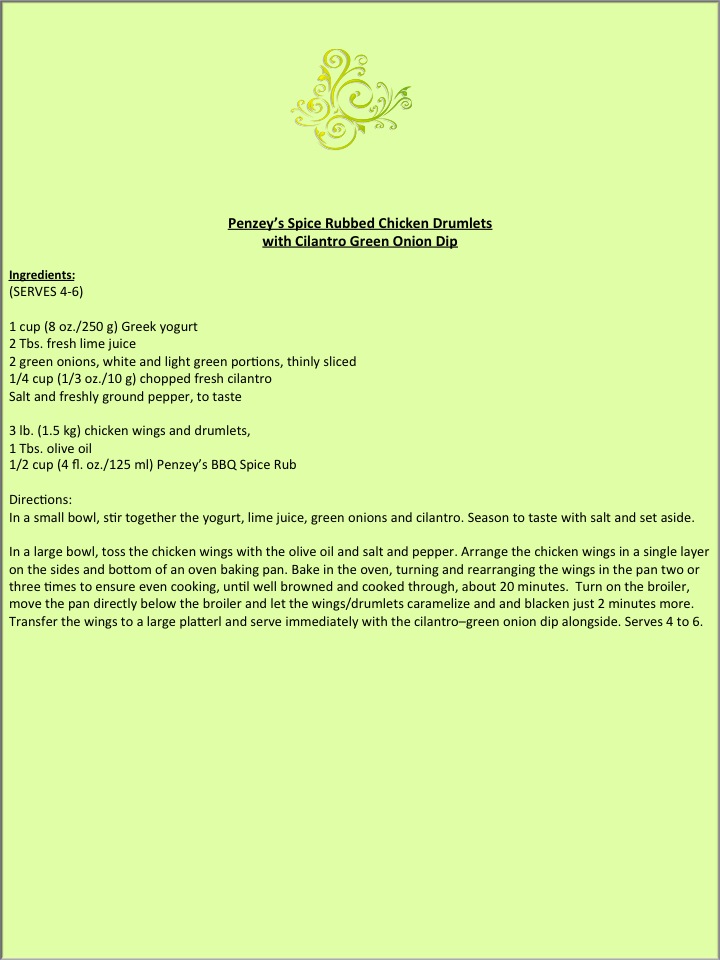