Stories only those walls can tell... 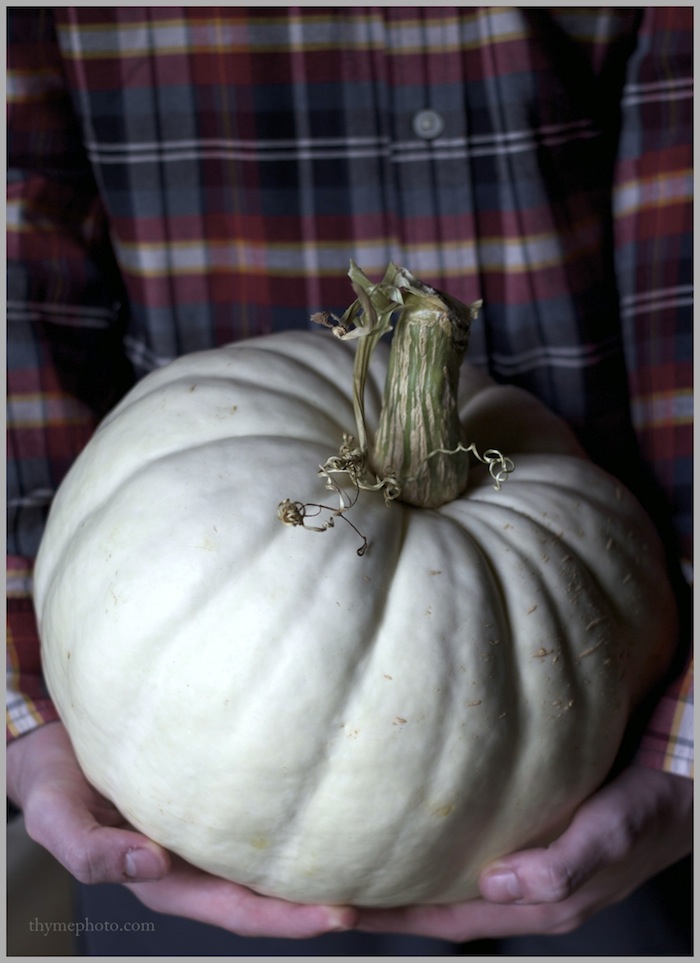 My head is spinning so fast at the moment.  I'm quite unsure where to begin telling the tale of my odyssey in New Hampshire a few weeks ago.

We've started our search for a new home, region, state, and most importantly...lifestyle.  New Hampshire was the first state at the top of our list ready for a house hunting adventure. 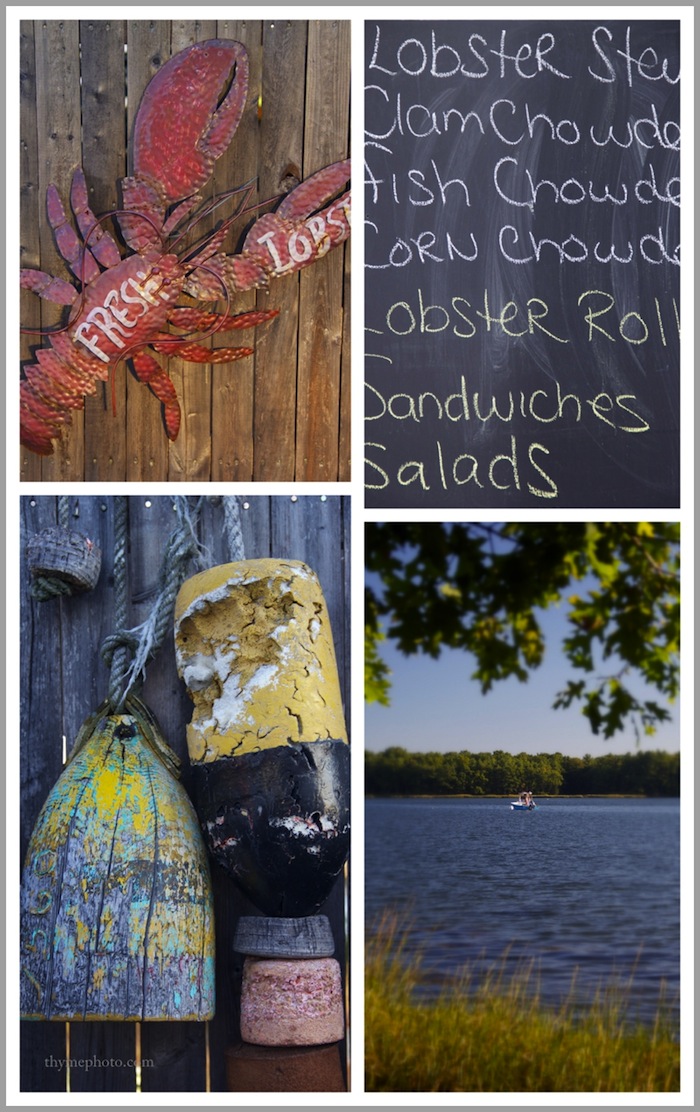 Patrick was away traveling for the month so I embarked solo on what would end up being a wonderfully rewarding quest.  Texts and photos of sights and sounds were passed back and forth over the Atlantic between New Hampshire, England, Italy, and San Francisco as we each made our way in different directions through the month of September, but had fun keeping each other in the loop. 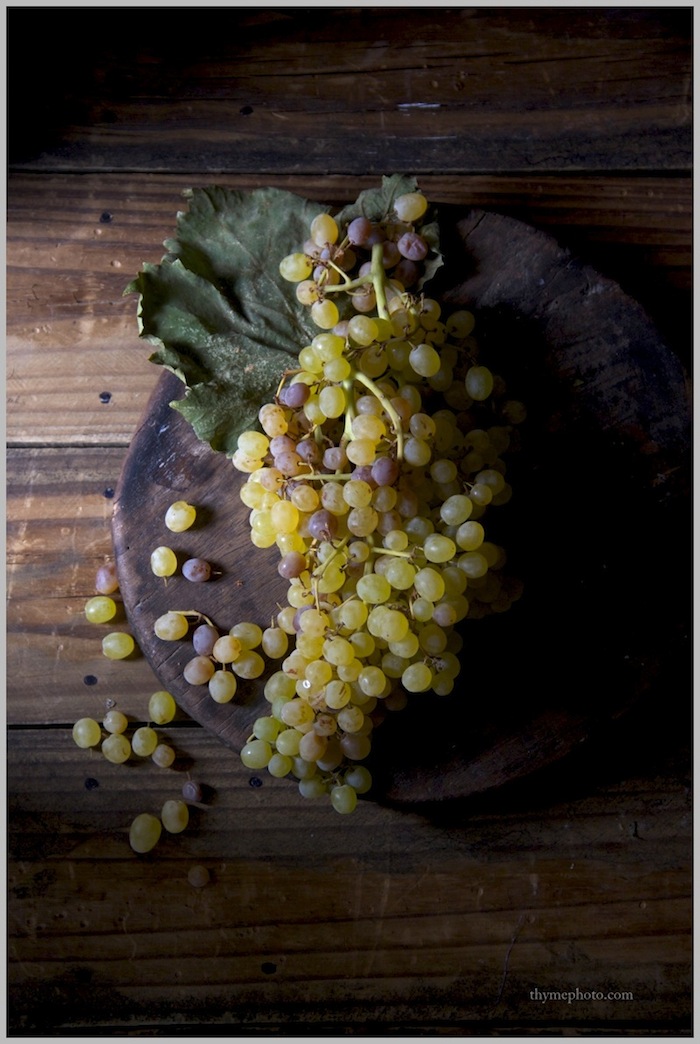 After leaving steamy Houston, where at this point fall only exists at the farmer's markets and the grocery store where they pile pumpkins in the entryway, as I made my way from Boston, MA into the hills of New Hampshire, I began to add a few layers of warm clothing. 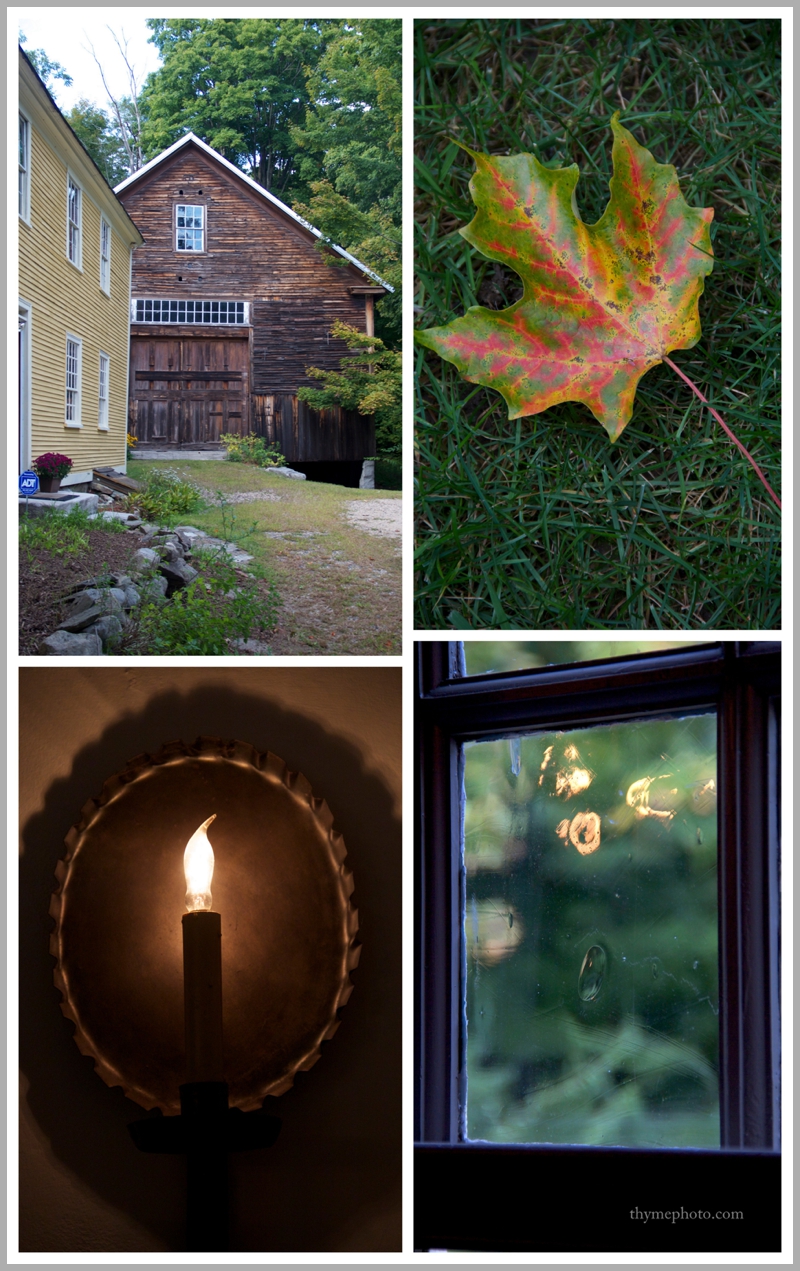 I had been pouring over maps of southern New Hampshire at home...googling, mapquesting, blog stalking, zillow'ing and website collecting as I virtually traveled along the country roads of New Hampshire...moving my finger from towns with quaint sounding names like Portsmouth, Nottingham, and Peterborough.


I decided to start on the east coast of southern New Hampshire in the salty little seaport town of Portsmouth.  Boston, universities, coastal port towns, skiing options, as well as proximity to the countryside would all be wonderfully accessible from this bustling little sea community.

Portsmouth is a thriving community filled with slanting old houses dating from the 1600 and 1700's all tucked into cozy little nooks along the harbor.  Many salt box homes are jumbled together in a manner that defines the building practices of the time period when homes were built more topsy turvy, in contrast to the neat little rows of evenly spaced houses of today's modern neighborhoods.

Let's just say, this disarrayed, colorful jumble of mis-matched historical homes was like a breath of fresh air for this cookie-cutter weary home owner in modern suburbia.

Many of the streets near the harbor area were so narrow that it was better to park my car and walk along the tiny lanes.  Hand-written signs listing lobster rolls, clam chowder, and oysters peppered tiny ramshackle huts that were interspersed here and there along the water front. 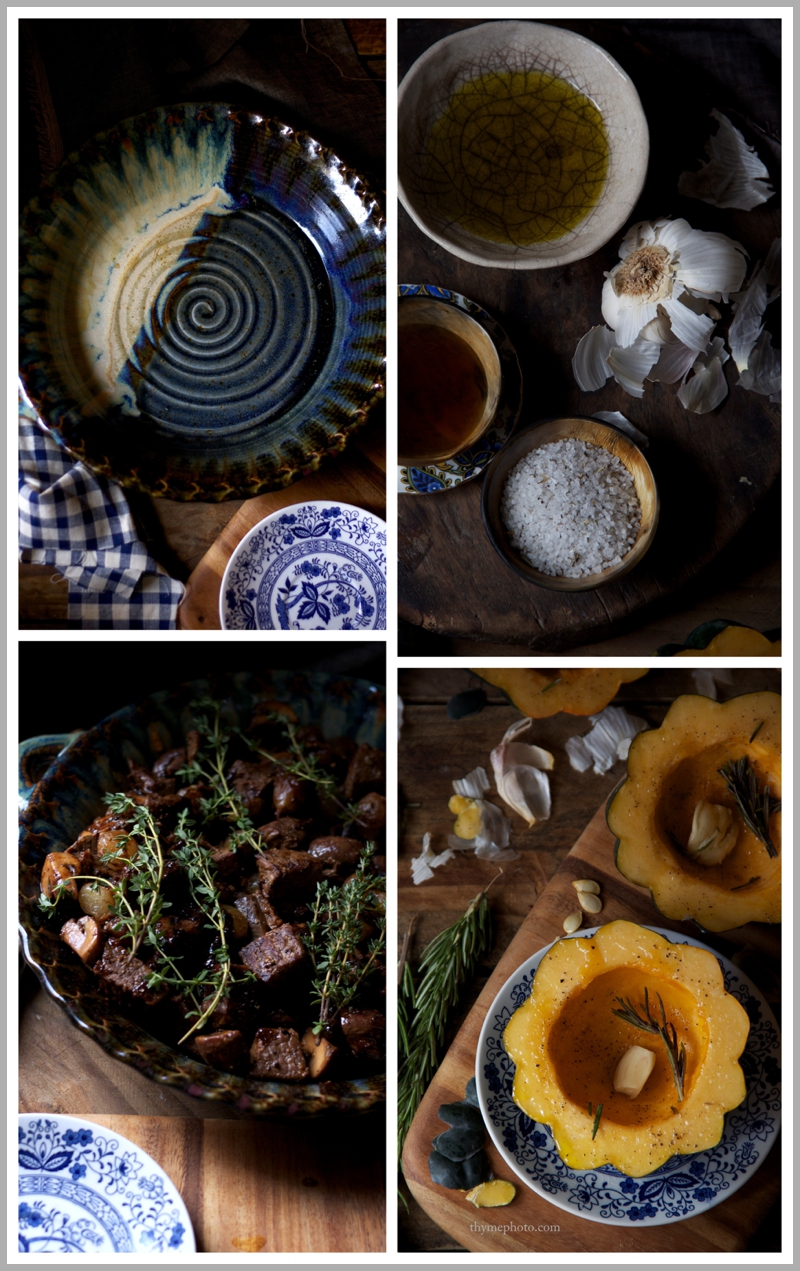 The signs offering an array of seafood dining options immediately did a number on my food-oriented imagination. I thought to myself that even though I had not had breakfast yet, I could easily be persuaded in having a hot bowl of thick creamy clam chowder this early in the morning.

Seagulls screeched overhead in the hushed early morning sky.  Joggers were out running and their cold frosty breath looked like speech bubbles floating above their heads.


I was captivated by the atmosphere of this tiny port town oozing around every turn with history of early America.  A few small fishing boats were chugging lazily out of the harbor but other than that everything was quiet and still in the early hours of the day. 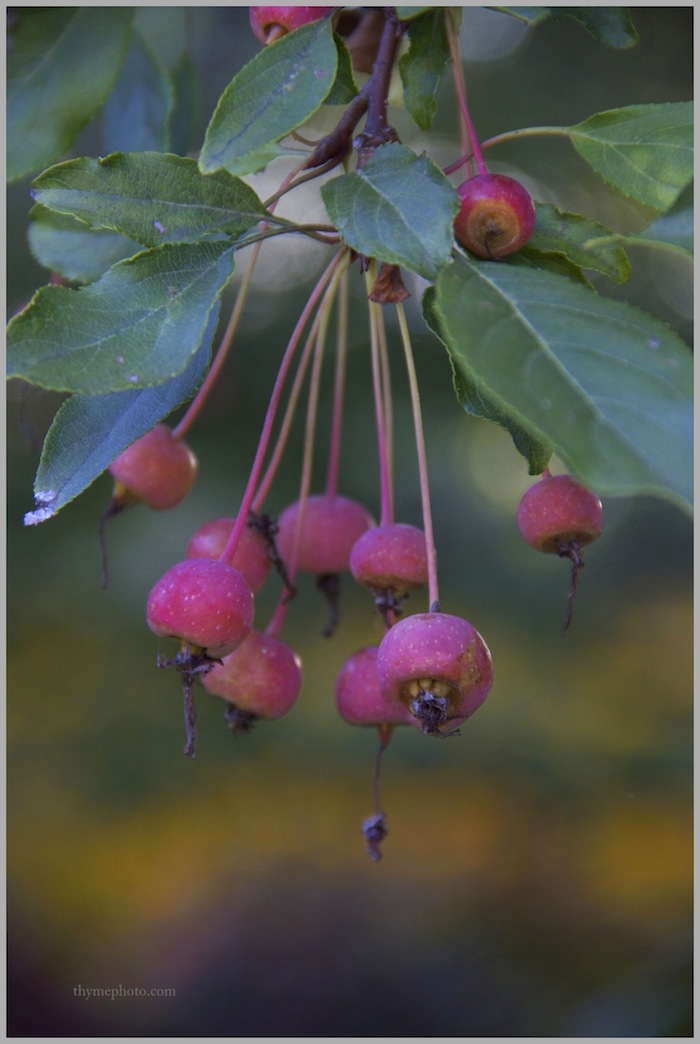 Even though the day had hardly begun, I was surprised to see several dog parks tucked in along beautifully landscaped pocket gardens along the sea port.  Big dogs and little dogs were all running, jumping, and rolling in the dog parks looking like this time of the morning was carved out especially for them.

Not only were the dogs fun to watch rollicking around with their dedicated doggie owners but the entire scene offered up a sense of community that left me with a wonderful sense of inclusiveness about the town.


The mood and atmosphere of all of southern New Hampshire was wrapped in the cozy flannel feeling of the fall season.

At this point, I had snuggled into my warm cape, switched to sturdy leather shoes, and wrapped my favorite knitted scarf around my neck. 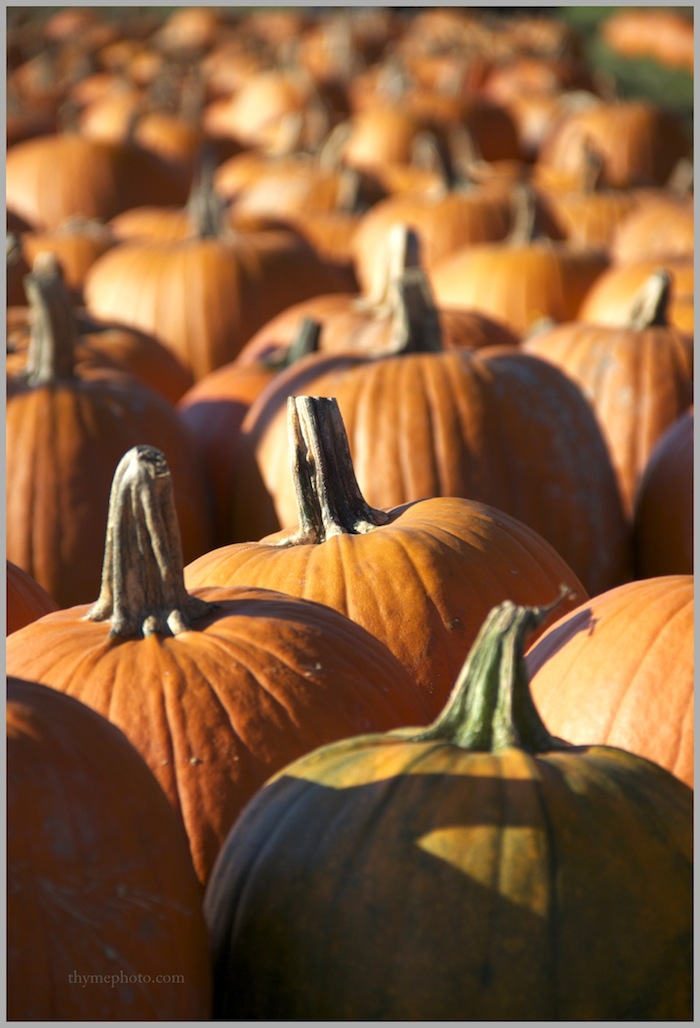 Pumpkin stands and fruit farms dotted the winding country roads as I poked along village neighborhoods and slowly made my way out of Portsmouth, up to Durham, and then headed west from the Seacoast Region into the Merrimack Region,

At times, I felt I was driving through the countryside of England, or even Wales.  Many towns hold on to their British origins with names like Pembroke and New London. 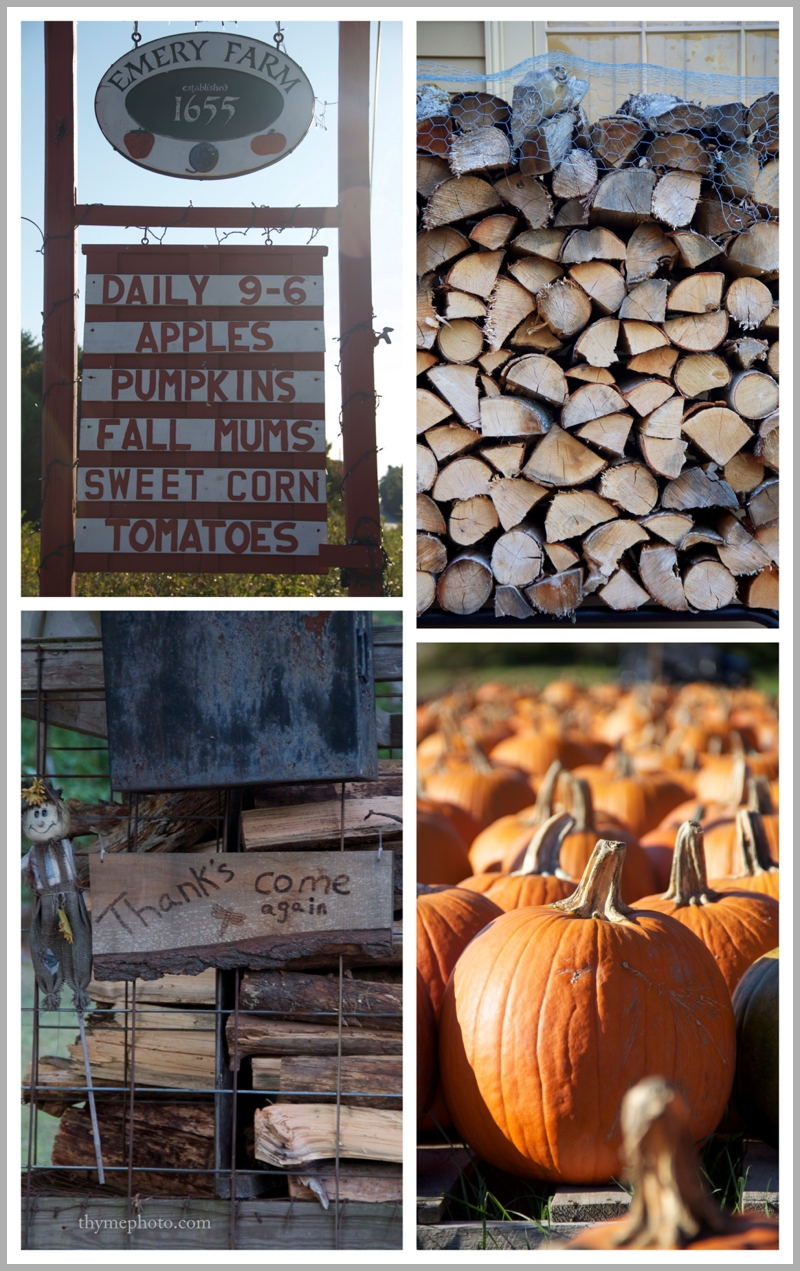 Completely delighted by the rolling scenes of pastoral village life from one town to another, I began to look forward to meeting my realtor and seeing the insides of some of the lovely homes that I was passing by. 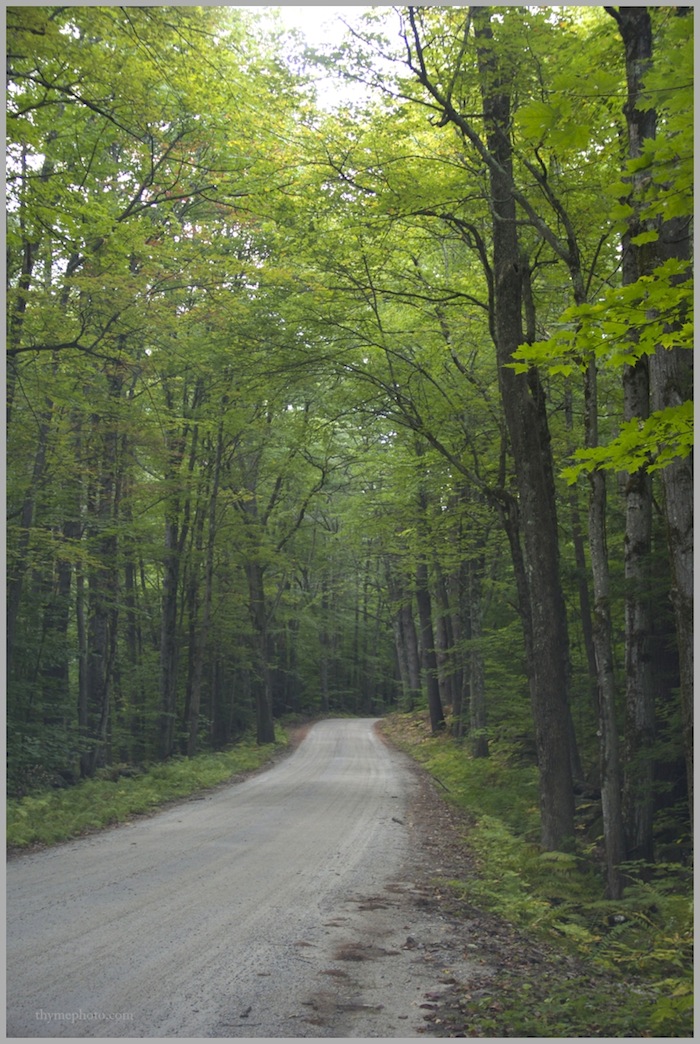 It seems that I am  but a handful of women that yearn for a specific type of lifestyle offered by New Hampshire.  As I moved along with my research of the state, I became friends with several bloggers who have become instrumental in helping us understand the lay of the land there.  Each chronicled a very similar story to ours as I realized I am part of niche group of people searching...for a different path. 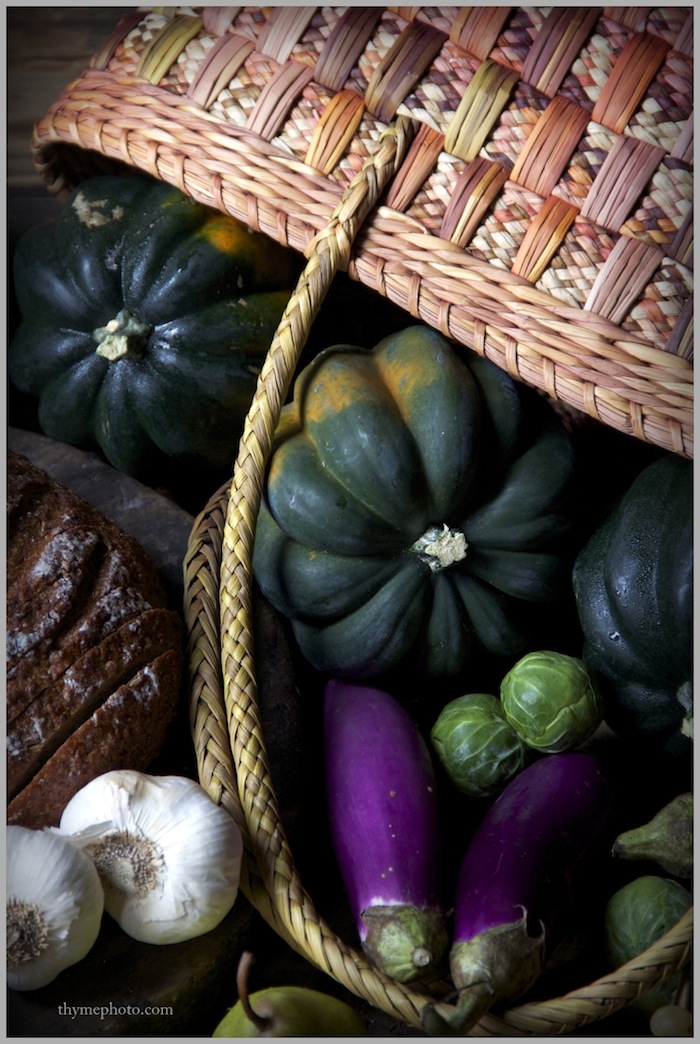 I am particularly grateful to Jeanne, who is the blogger behind the wonderfully adventurous website, Collage of Life. Jeanne splits her life between Vietnam and New Hampshire managing to chronicle not only her own travels but the distinctly different lives of her 4 children as well, who are scattered between these two continents. 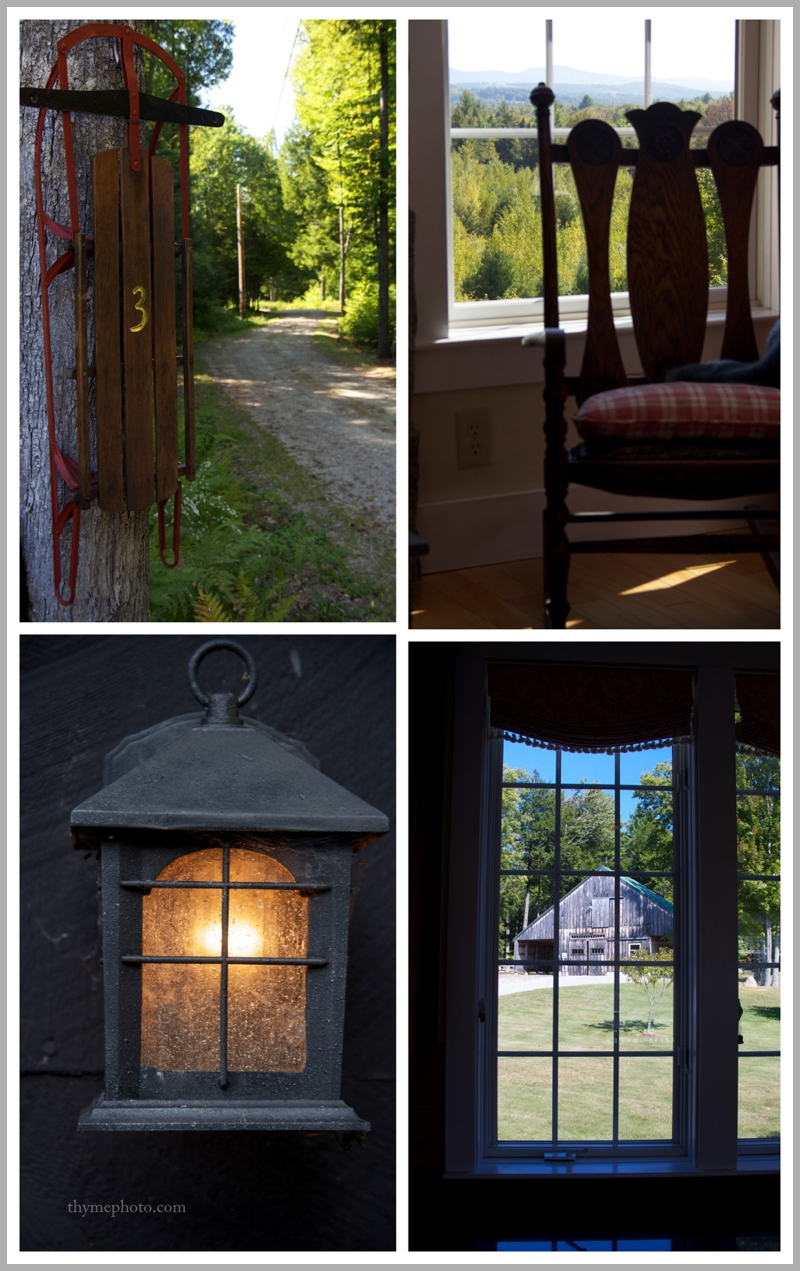 Jeanne and I struck up a friendship and she put me in contact with the most delightful realtor, Hilda Bridgewater.  Hilda and I met...she was instantly likable and then over the course of several days, she whisked me from one side of the southern Monadnock Region of New Hampshire to another. 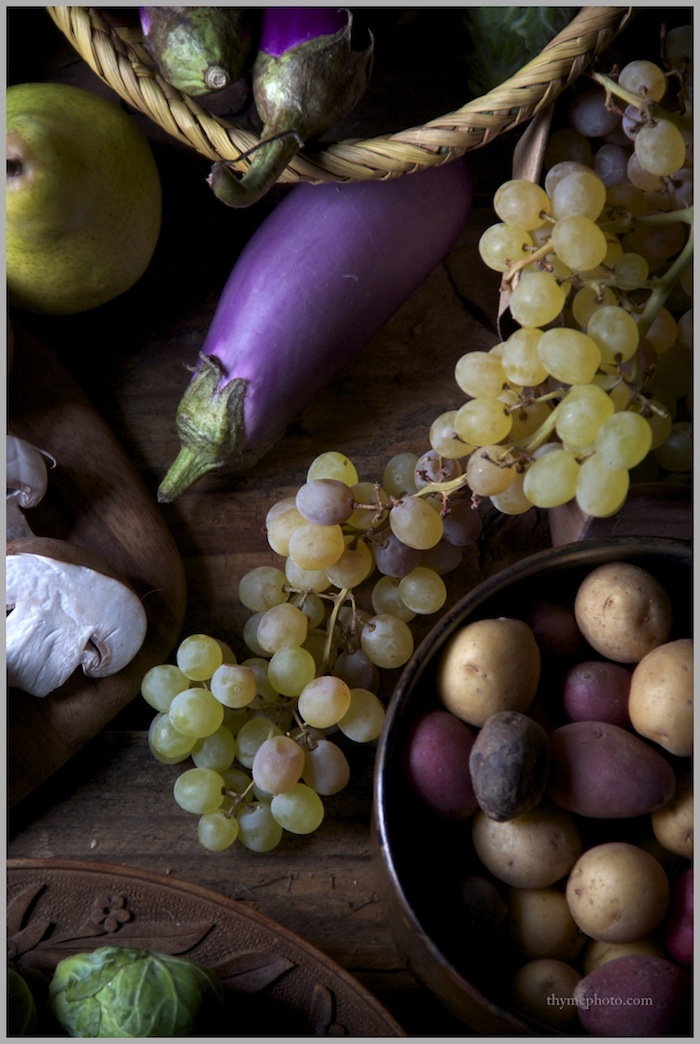 Not only is New Hampshire filled with scenes that kindle memories of our journeys up and over the hills of England, Hilda happens to be from England!

So, in addition to towns being called villages, names being decidedly British sounding, I also had the accompanying lilt of Hilda's lovely English accent to delight me as we crossed rickety covered wooden bridges and dined in small pub style eateries along the way on dishes like rosemary maple syrup chops, seafood casserole, and crispy fish and chips. 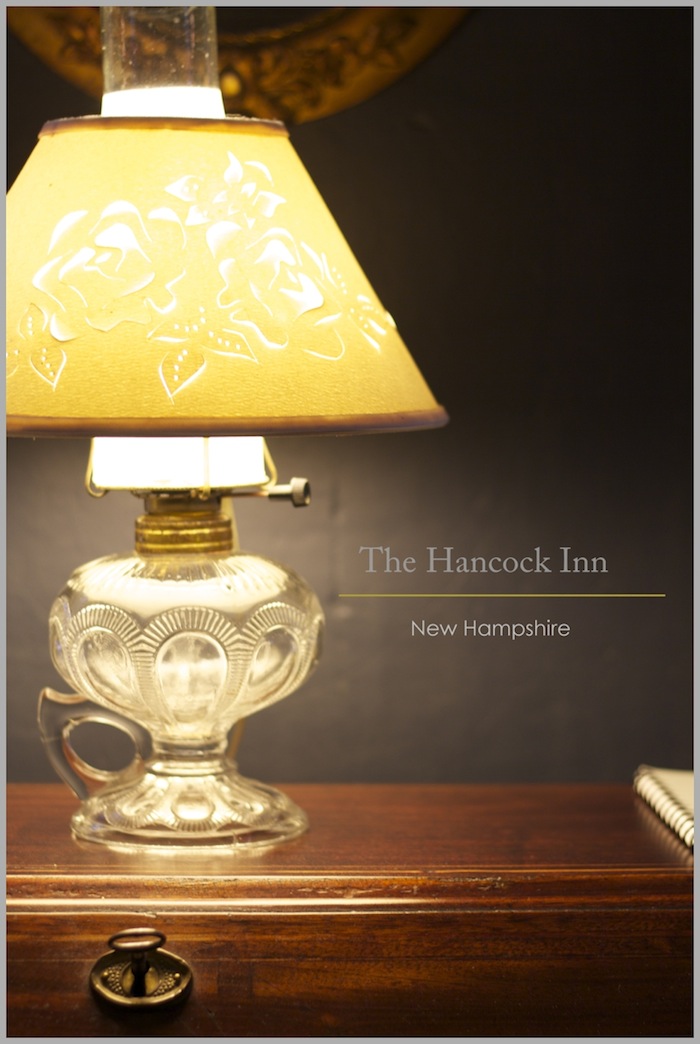 What was fun about lovely Hilda is that she made me laugh.  She had no idea where we could pick up cream filled whoopie pies or glazed pumpkin donuts (standard tourist fare), but she certainly knew where to point fingers towards the best homemade scones and delightful cups of tea!  I saw no problem with that at all...


At the end of a long and surreal day of going in and out of one lovely historical home after another, I tumbled late at night into the delightful little inn in the village of Hancock.

The Hancock Inn was a cozy spot to retreat in the evenings, turn on the heavy iron stove fireplace, have a warm soaking bath and try to collect a jumbled up assortment of sights and home tours from the day.


The next morning, as I sat up in my antique four post bed I was delighted by the sight of a great big red rambling barn that greeted me out of my frosty window.

At that moment, as the haze of sleep cleared, I knew just where I was...and I was starting to think...perhaps just where we are meant to be in the near future! 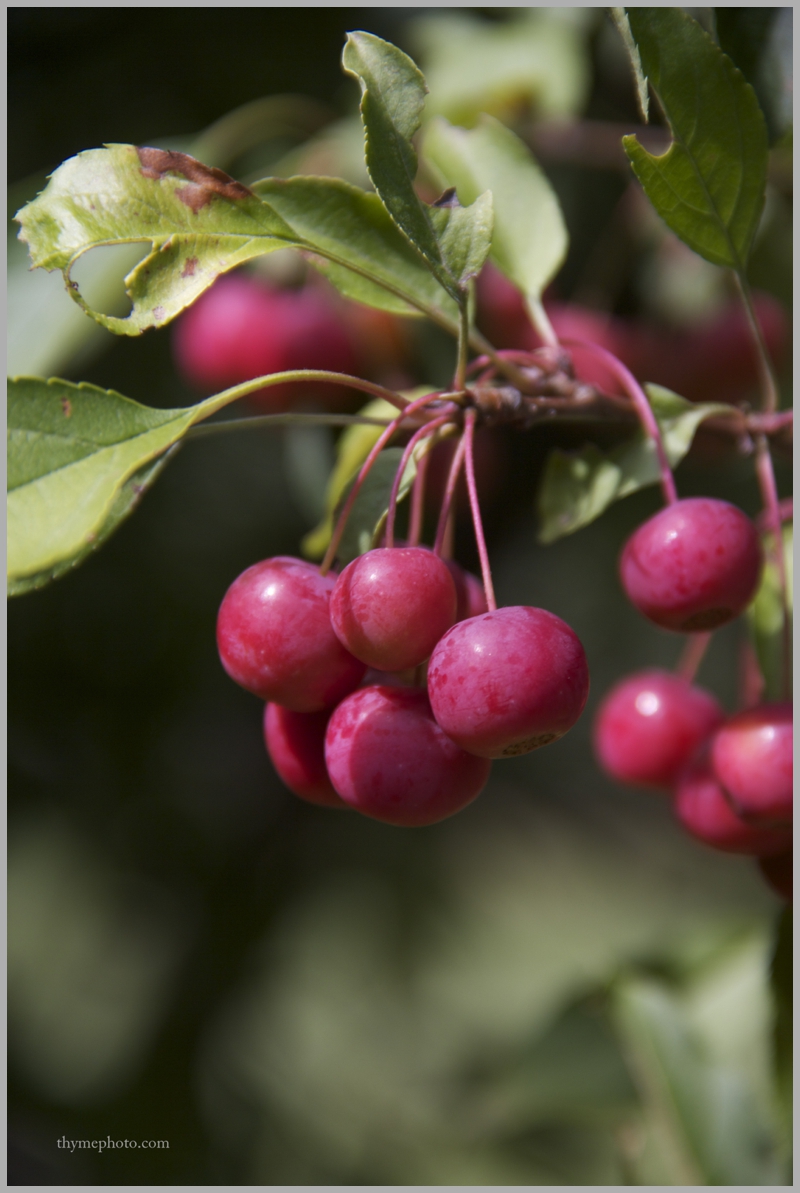 The Hancock Inn is complete with historical charm, creaking wooden floors, original glass panes, and a delicious warm breakfast waiting for guests in the dining room.

I could hear goats bleating in the distance.  Potters, the resident dog was lumbering from guest to guest winning them over immediately with his gentle and soulful brown eyes.  The smell of freshly baked cinnamon scones and hot coffee and tea literally lured everyone right to the back of the inn where breakfast was laid out.


Everyone in the breakfast area was chatting with one another and I felt like I fell right into a familiar and friendly setting with people I couldn't possibly have met 5 minutes before.

There was a delightful couple from Dallas doing a New Hampshire tour of the state.  They couldn't believe I was actually house hunting all the way from Houston, Texas.  Several other couples were passing through because The Hancock Inn is situated at a perfect stopping point for their travels.

After indulging in the most delicious cinnamon breakfast scones, as well as fruit and granola, followed by a toasted English muffin with a poached egg, thick slice of New Hampshire sausage, and shredded New Hampshire cheddar cheese piled on top, I was completely recharged and ready to meet up with Hilda in her delightful little village of Greenfield.

Touring through homes in New Hampshire was a new experience for me indeed.  This move will be our 10th move, so I am no stranger to the variety of house hunting experiences in different regions of the country.  New Hampshire proved to be a new and different collection of experiences to add to all those others.


Home tours in New Hampshire should more likely be renamed historical tours.  Each house comes with a package of stories that range from owners that can be traced right to our revolutionary war time period.  Other homes were once upon a time long ago the village tavern where new settlers from England 150 years ago met up to have a pint between journeys.


Between dining on bubbling hot seafood casserole filled with scallops, haddock, and shrimp at the cozy Riverhouse Café  in Greenfield as night began to fall on the sloping lawn in front of the town meeting hall, to enjoying spoonfuls of pumpkin chile at Twelve Pines deli in the bustling quaint village of Peterborough...

I must say...not only was I completely smitten with the state of New Hampshire...but my head was swimming with fall recipe ideas to keep me busy on my return to Houston...

...as we sit and wait...EVER SO IMPATIENTLY for our home to sell way down here... 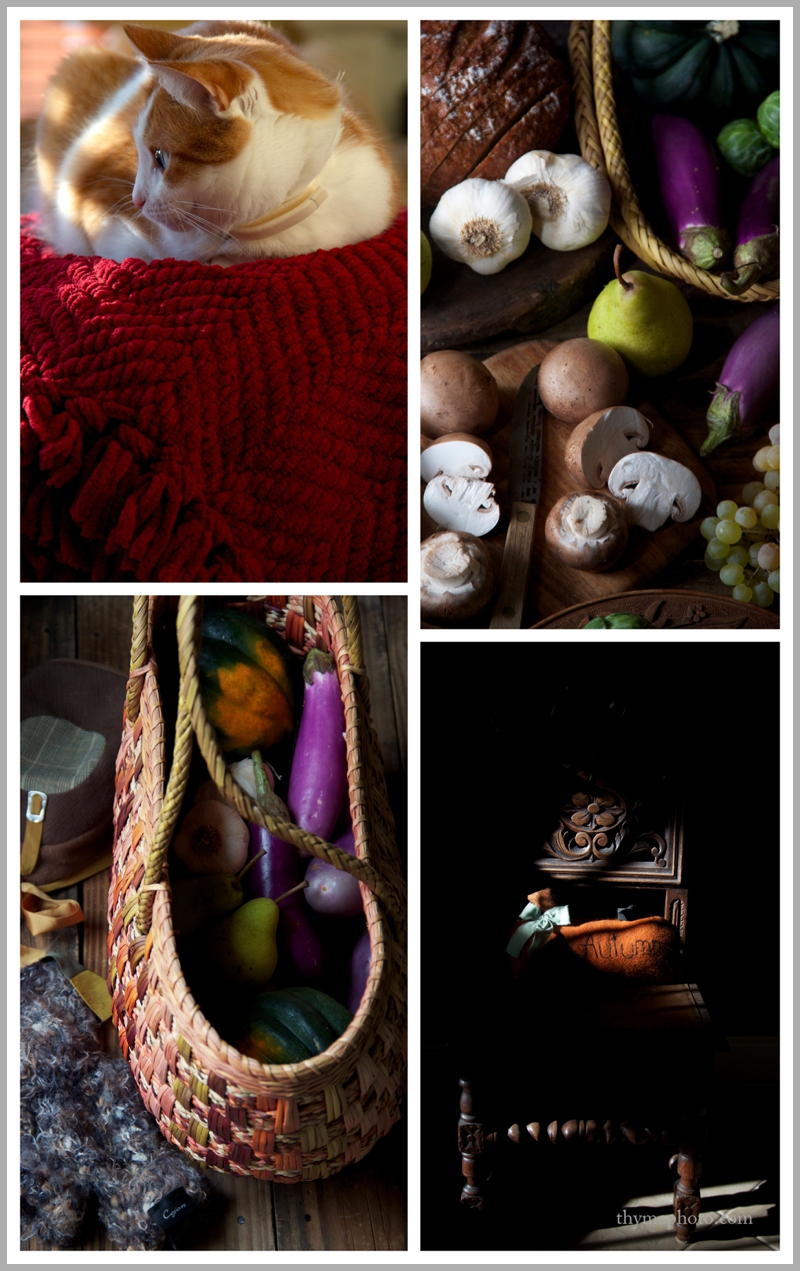 After returning home, in between scrubbing and cleaning our home now that it is on the Houston market, I managed to squeeze in a meal that reminded me of options on so many of the menus I came across in New Hampshire.

A rustic "Beef and Stout Pie" with roasted "Maple Syrup Acorn Squash" captured the season and spirit inside the scattering of pubs and home style diners in southern New Hampshire.

We tucked into this cozy meal at home while dreaming of 4 beautiful homes either perched up on hilltops or nestled deep into the woods along windy country roads in New Hampshire.

Could it be possible we will live in the rambling home that is filled with stories of revolutionary war heros and huge old fireplaces filled with things like beehive ovens and iron baking stoves?

Or, could it be possible that we will be fortunate enough to live in the house perched on top of a mountain with hillside views of distant mountains overlapping and cascading from west to east with possible moose, deer, and turkey sightings?

Right now, it is all in our dreams, I'm afraid.  Only patience and time will tell.  With the snowflakes threatening to form on the horizon of winter and patience being a nonexistant virtue of mine...

...I had better get back into my kitchen and plot out more New Hampshire inspired meals to prepare while dreaming! 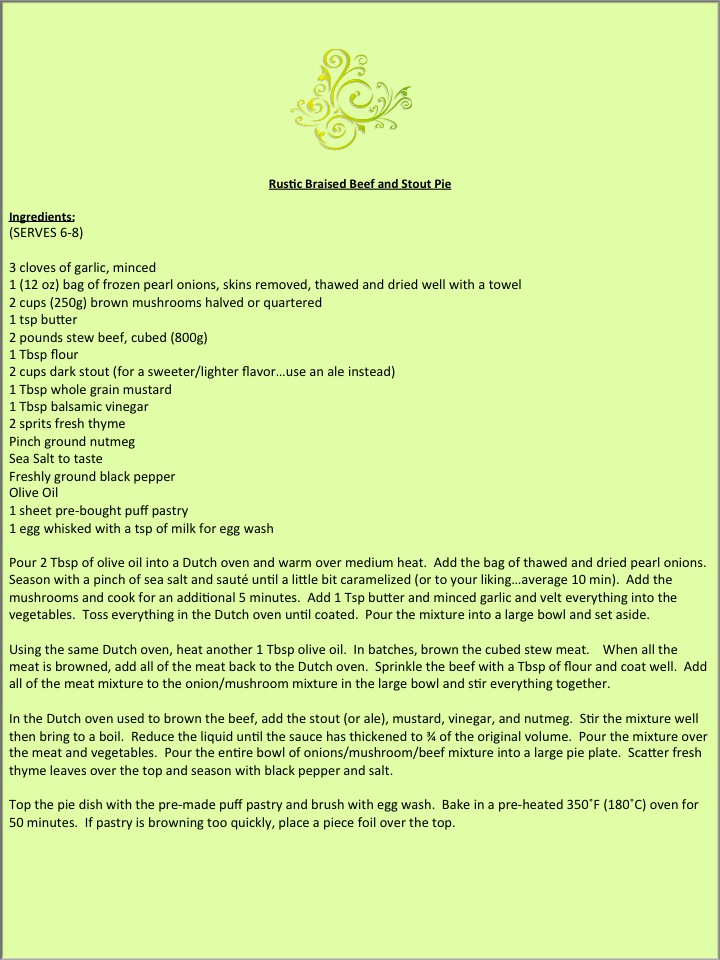