In between boiling rigatoni and melting dark chocolate...a peek into a mad woman's mind!

I'm sitting here in Boston, looking right over the harbor, writing these words.  Every few minutes, I look up and out across the busy Boston port and watch the chubby little tugboats determinedly taking charge of the massive ships lumbering awkwardly into the city.  Somehow the tugboats seem to personify our own desperate family mission to haul our oversized dreams to shore as we are being buffeted about by the ocean currents.

As I begin to unwind from the chaos of the last week, I am feeling an overwhelming sense of calm and peace watching the adorable tug boats heft their load.  Our particular load of decisions and indecisions of the past week is gently lifting and hopefully, we are seeing the future more clearly than ever. 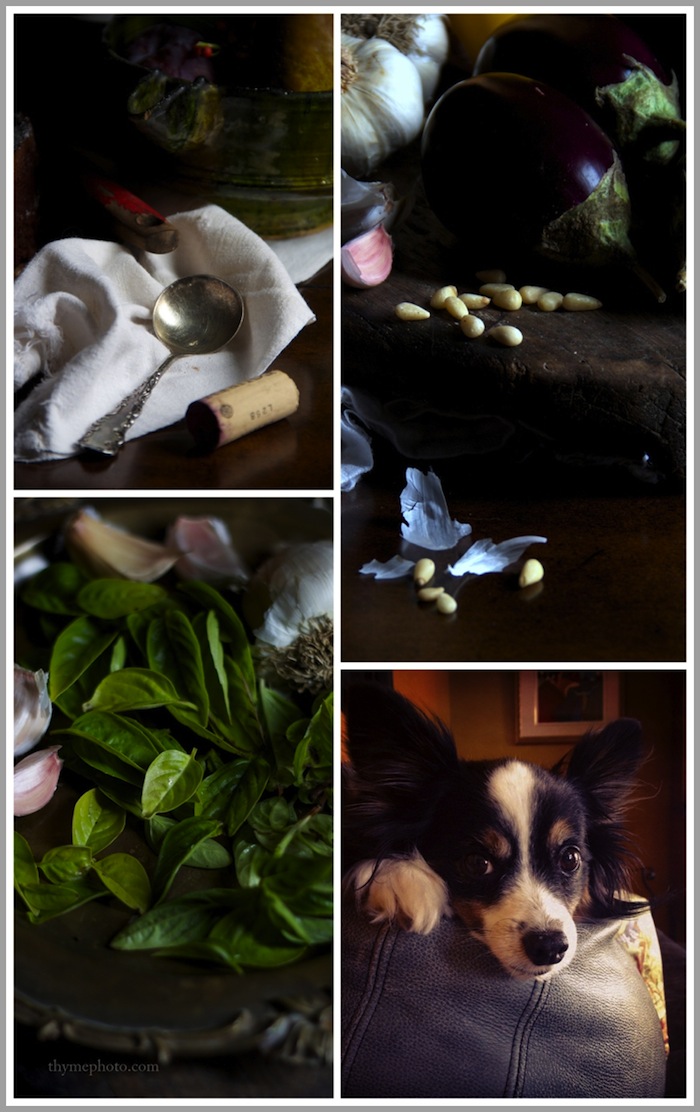 It makes my heartbeat race and my breath quicken to realize that we have peered down that hazy fork in the road and decided to take the path that is most certainly least followed by most.

We were standing in front of that symbolic fork just a few hours ago...only a few more chances to back out, to run away, to call it all a foolish whimsy by a foolish couple who still think that it's fun to chase after rainbows and throw caution aimlessly at the wind.

"Just call the whole thing off..." as the Broadway lyrics go. 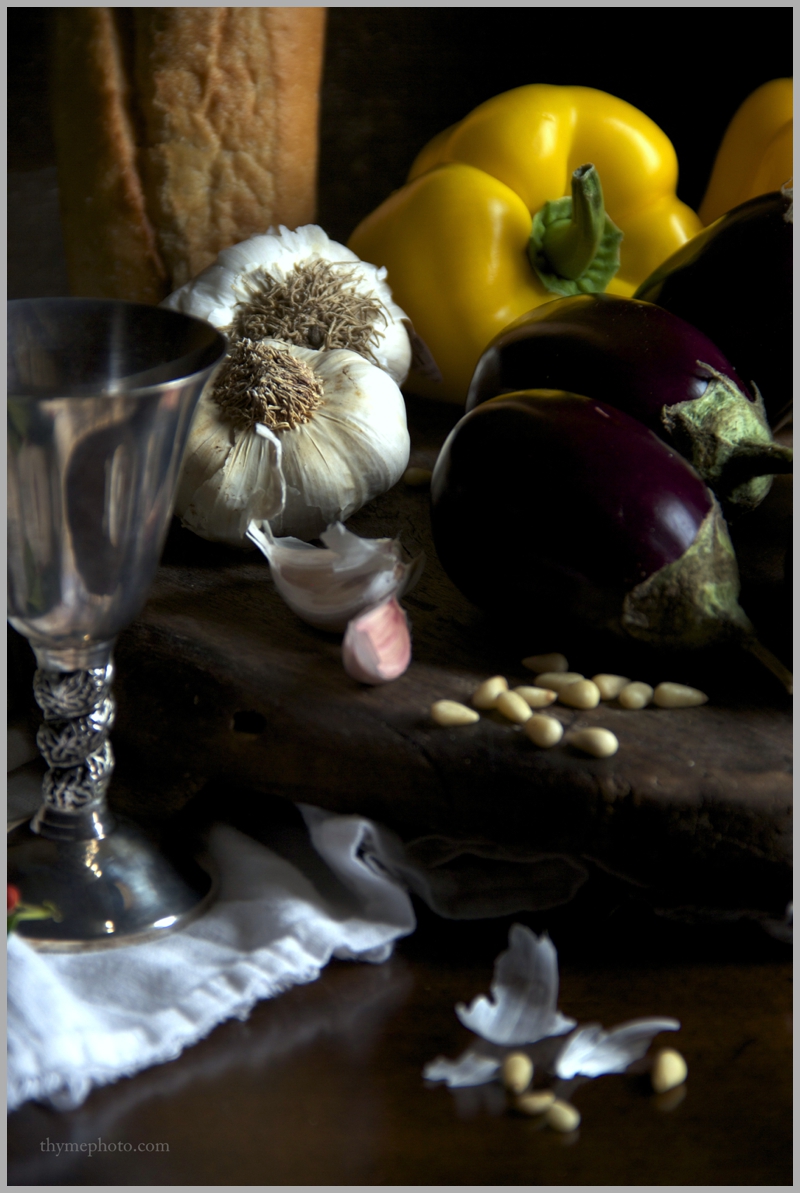 I should probably back up a bit from this ramble of information and sort through our jumble of recent activity and decisions.

We  found our little house in the New Hampshire woods back in September.  We've been ever so impatiently waiting for our house to sell in Houston so we can officially step out of the urban jungle into the quiet, remote, peaceful countryside of New England.

Then came the news...yet again.  Another buyer wants our house.  OUR house.  Our Porcupine Hill Farm with lopsided flooring, tiny hidden bookshelves,  walk in fireplaces, and a sweet little bee hive stove waiting to bake fresh breads once more. According to everyone, the housing market is supposed to be dead for the winter up there.  OUR house owner had taken the listing off the market for the winter which gave us further assurance that it would be there for us as soon as our house sells.

"...new owner is going to use the house only as a seasonal residence.  It will be neglected and un lived in, meaning unloved the rest of the year." 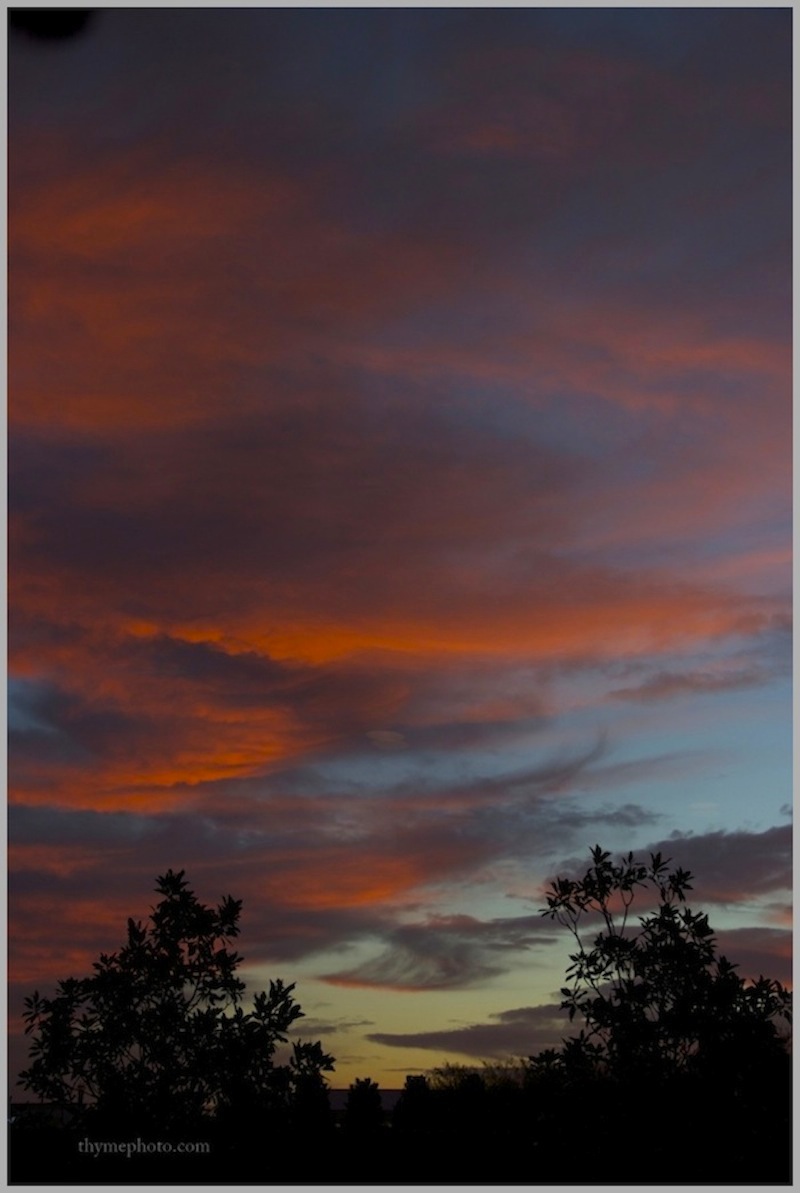 There is nothing like seeing decisions with pinpoint precision when choice is about to be ripped away.  Patrick was still a continent away in Europe.  I was manning the sale of our home down in Houston.  And someone from Florida was about to snatch our dream home, location, woods, pond, bee hive stove, barn...away from us.

What could we do?  Our hands were tied.

It was just not going to happen this time.

Nada, nada,nada...this word kept drumming in my head.  What could we do?  We would have to do something...anything to save our little farm!

Time to move into top gear...that gear that hauls you up a steep mountainside with a groaning engine sound that defines determination.


Realizing that we were well down that least trampled fork in the symbolic road of life, we decided to throw all caution to the wind.

The dream house that I have been describing...


The news of this potential sale of the one and only house that I had truly laid claim to in my heart meant that our vision of what our future was to look like was about to dissipate.

...now we would potentially have no dream home to go to.

I heard the news from our realtor as I was rummaging through my pantry, my freezer, and my refrigerator...contemplating how to pull together a delicious meal with items in the house as we began the process of packing up, paring down, and emptying out. 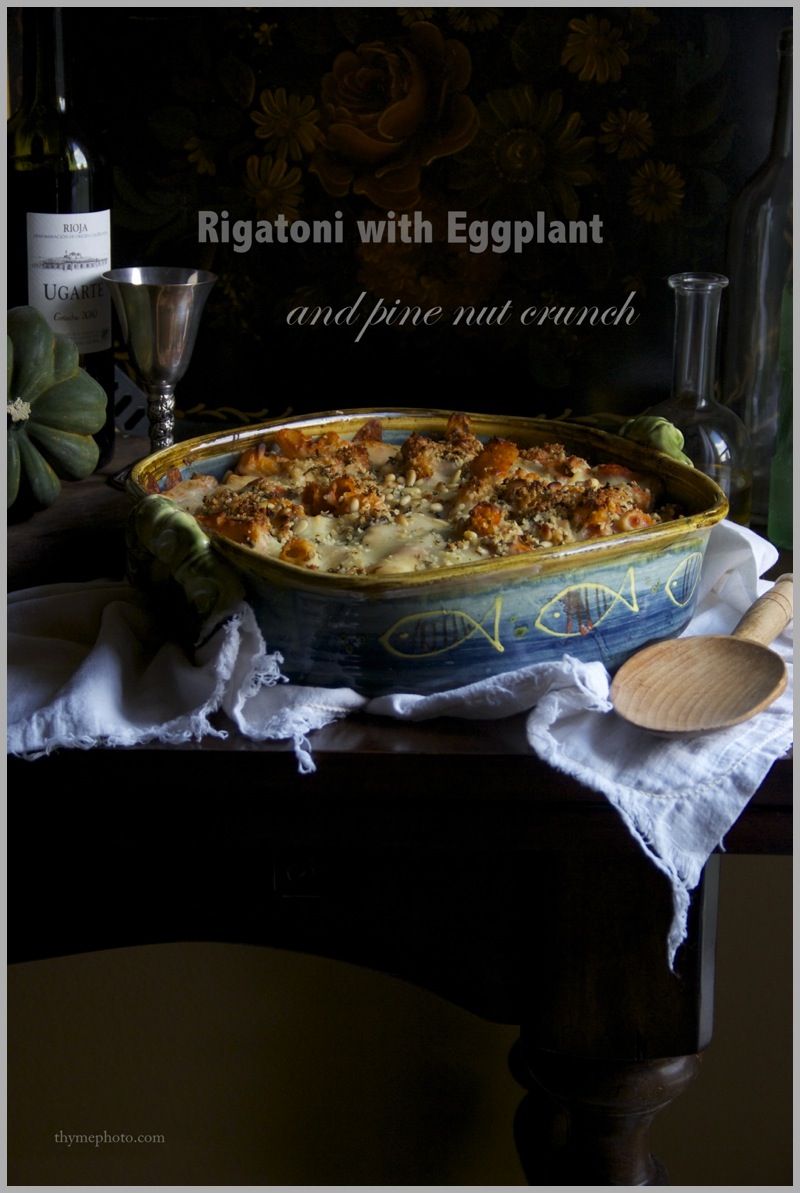 The news of another buyer was like a gut punch to the stomach.  We couldn't lose this house.  I had such a strong connection to the spirit of the house, to the bigger than life Teddy Bear personality of Don the owner, and to that tucked away cozy wooded center chimney cape lined by a protective wall of hefty grey stones.

I could barely think in linear fashion.  I could barely breathe in full breaths much less concentrate on thinking creatively with the ingredients loaded in my arms.  I looked down at them...lost in thoughts of a little abode a thousand miles away...all I could see was that little 1774 home in the woods of New Hampshire. 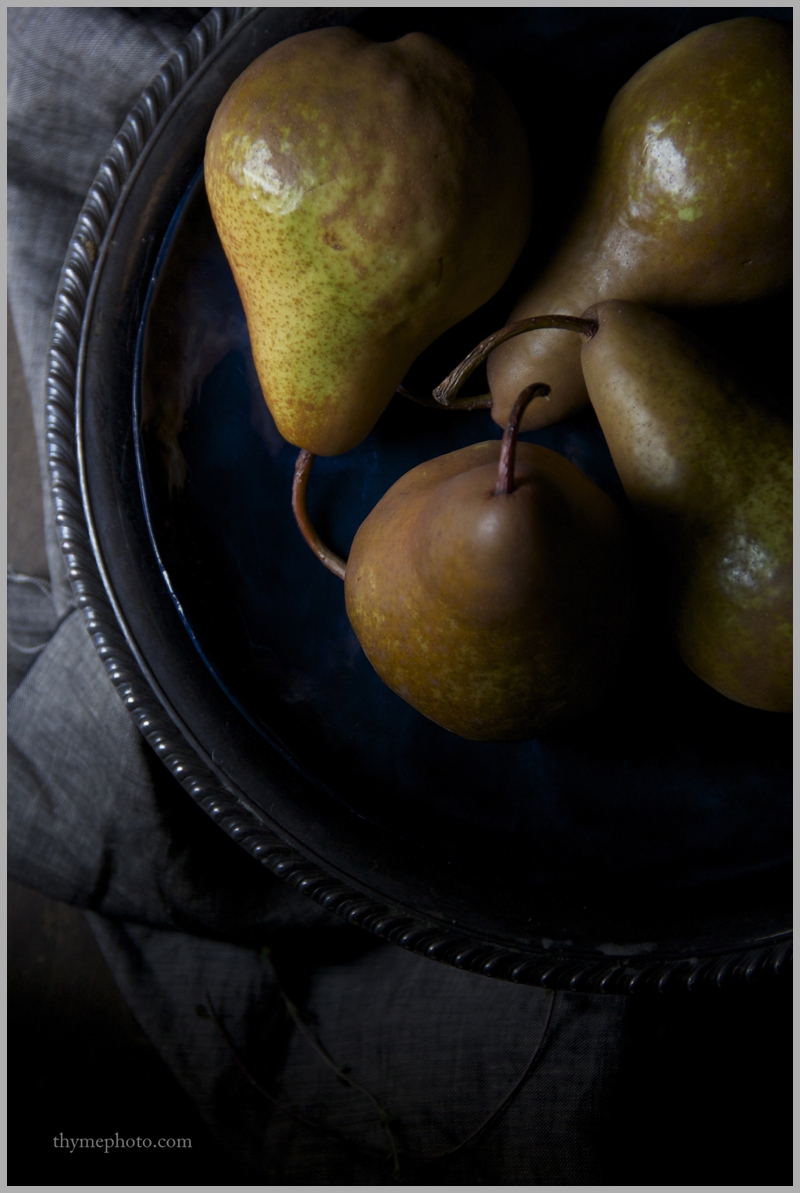 The. Decision. happened in between making a creamy luxurious rigatoni dish and a sinfully rich chocolate pear cake.  I barely noticed the scents of torn basil, the feel of soft slices of mozzarella cheese and the rich plump tomatoes being crushed into the sauce. Somehow, I must have mixed together the crumble topping made with cups of parmesan cheese, more basil, and handfuls of toasted pine nuts.

It happened in between the creation of these two...

...that I called our realtor...my voice a mixture of hysteria and despair with a kernel of possibility. 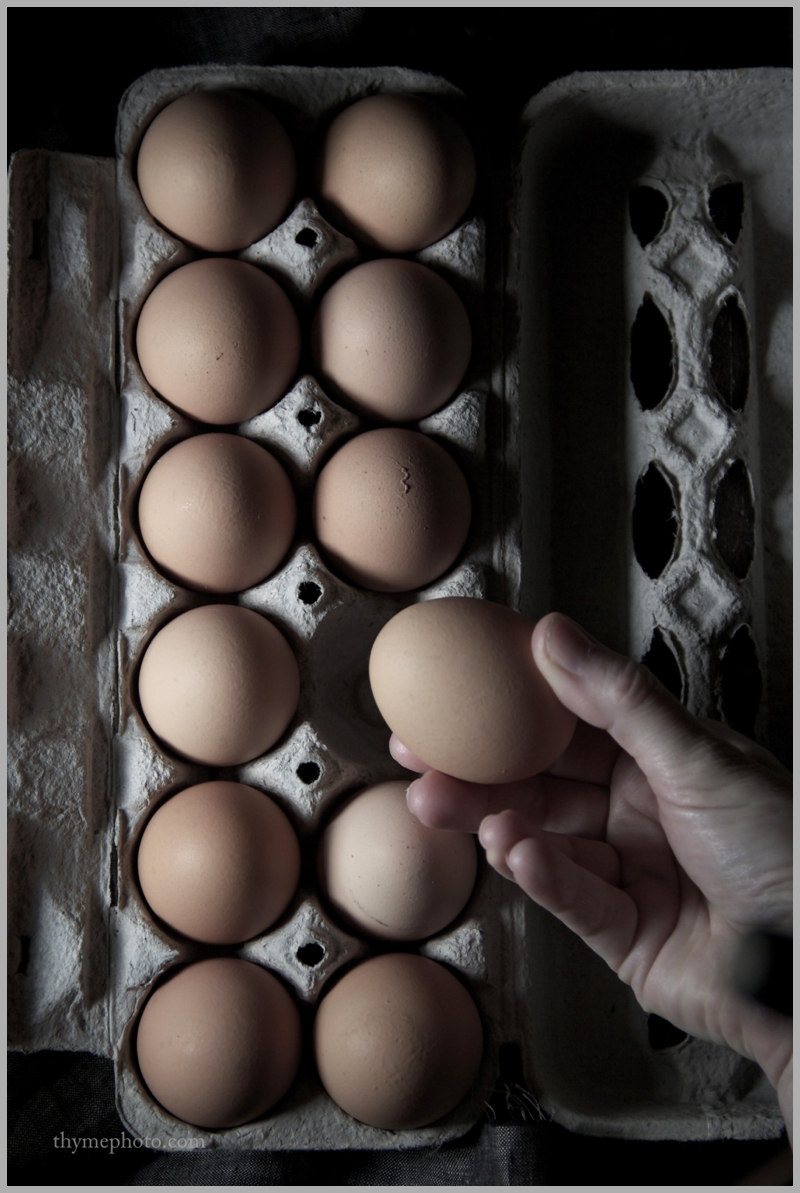 When working with a couple like us, you have to appreciate every aspect of the innocent and unsuspecting realtor that (equipped to make home transactions, not psychological evaluations and therapy sessions)  had the misfortune to enter our (meaning...my) creative dreamy sphere of mis-matched thoughts and erratic behaviors.

"Hilda, we want something old.  Reeeeeaaaally old, dripping with history".  If it's half falling down...that's o.k., we'll go take a look at it."

"Sure thing," she replied.  "New Hampshire has 'old' aplenty." So we moved from old farmhouses to crumbling Victorians and then sporadically looked at uber modern capes, and finally, at the end of a very long narrow road, landed on this charming cozy center chimney cape...Porcupine Hill Farm, nestled in the Monadnock region of southern New Hampshire. 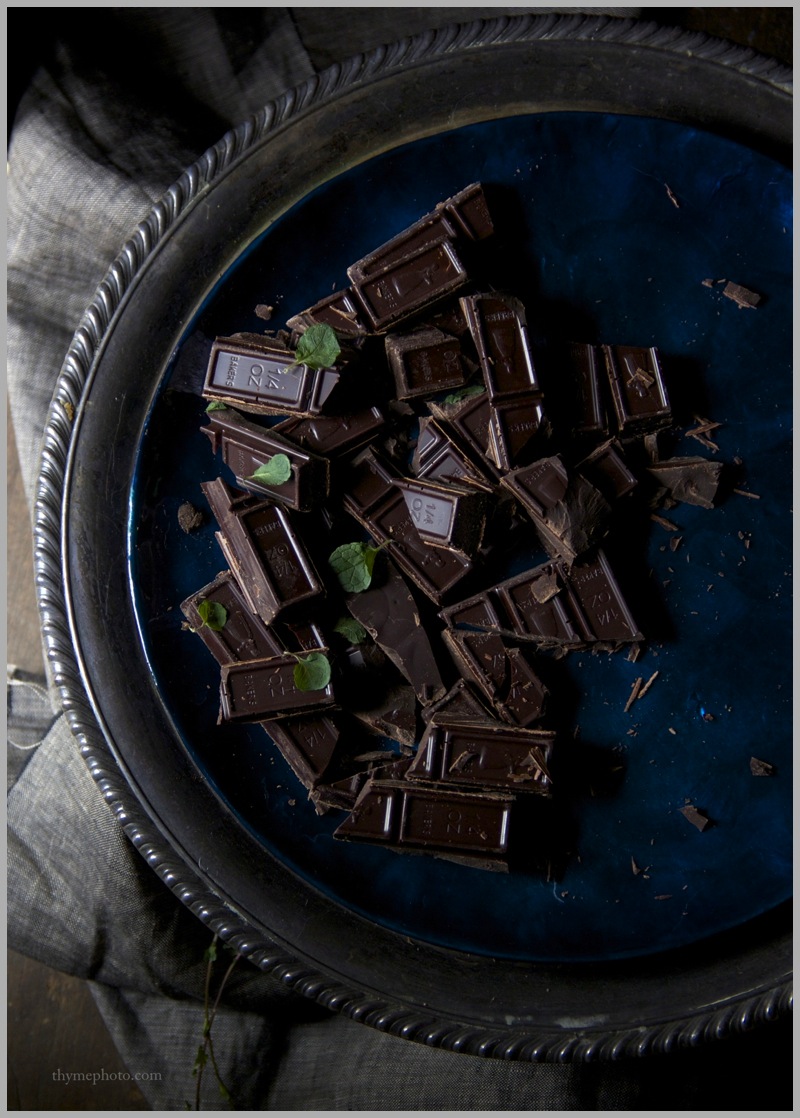 I slowly stirred the thick chunks of dark chocolate morsels on a double boiler and watched as they melted into a thick sludge.

Looking down into that inky darkness, my mind's eye was torturing my imagination with all manner of ways we would lose this house. I conjured up a daymare that involved Don, the owner of Porcupine Hill Farm.  He was sitting across a table in a dark smoky haze-filled room.  A red tipped cigar was dangling out of the mouth of some unknown, unwelcomed "other"  buyer.  From the tip of the cigar, ash fluttered to the table with a little sizzle as it landed on a soon-to-be signed contract. A dimly lit green glass lamp was hanging overhead and slightly swaying back and forth making little screeching sounds.  Don was negotiating a contract with a murky faced buyer... another buyer...a different buyer, who flew in from Florida with the sole purpose of snatching my dream home out from under us.


I snapped back to reality and laughed at the alarming path my over active imagination can take when let loose.  The aroma of the pasta dish permeated the house and smelled divine.  The chocolate concoction poured thick and was ready for the smooth sweet pear halves to be gently laid on top and slowly sink into the batter.  My stomach lurched in hunger and my mouth watered with anticipation of a hearty meal, that I knew I would might barely be able to taste.

But, my eyes grew large and wide again as the haunting scene of far away negotiations happening played before me again and again...all taking place in vivid daymares as I distractedly stirred chocolate in a bowl at my kitchen counter. 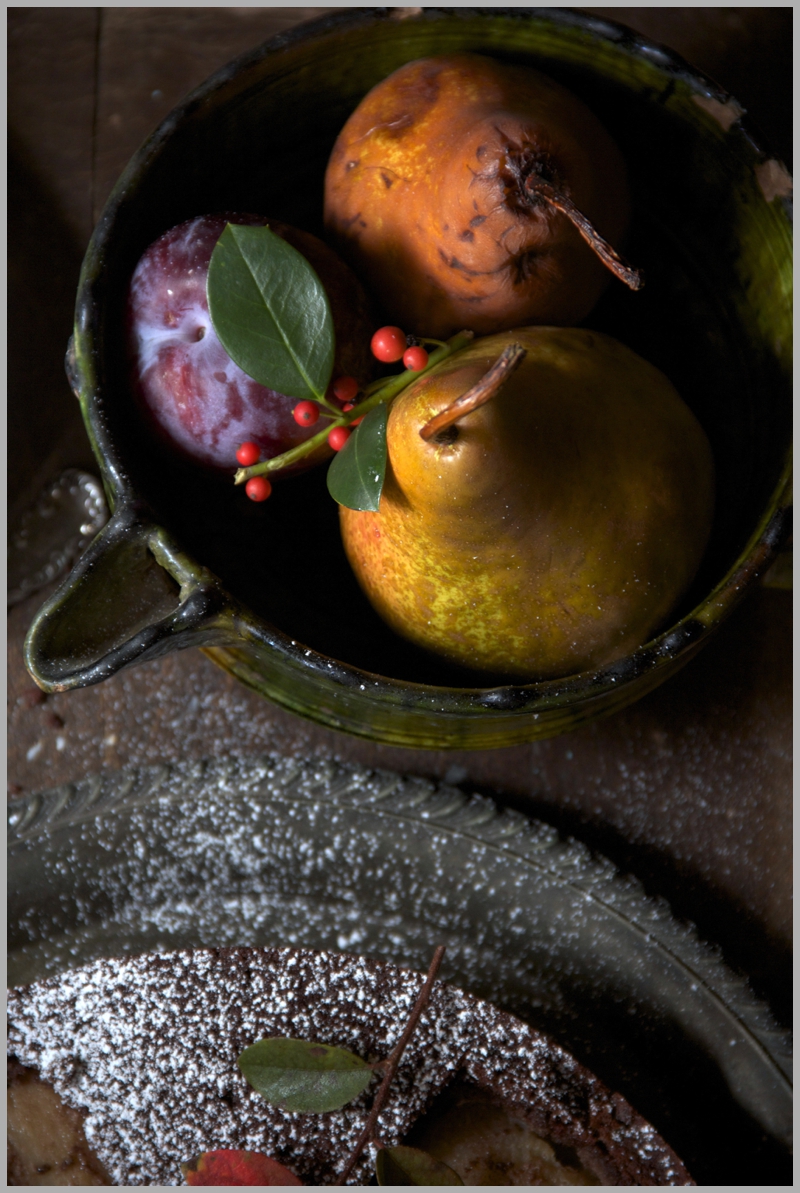 To put it mildly...all hell broke loose.  Phone calls started flying.  Emails and texts were exchanged with what would become life altering consequences.

We could not lose Porcupine Hill Farm. I just knew we were to be the next owners to carry this house forward intact and untouched by modern changes.

Hilda, our wonderful and eternally patient realtor, bemused and amused, attempted to keep up with our frenzied pace of action at that point.

More calls were made. Calls went out to Patrick in England, to Don in New Hampshire, to our realtor, to Don's realtor.

Offers were negotiated back and forth between Houston, England, and New Hampshire.

The murky image of who we now had dubbed "Florida man" was finally fading into the smoke filled and dimly lit negotiation room that had been mercilessly concocted in the dark recesses of my mind. 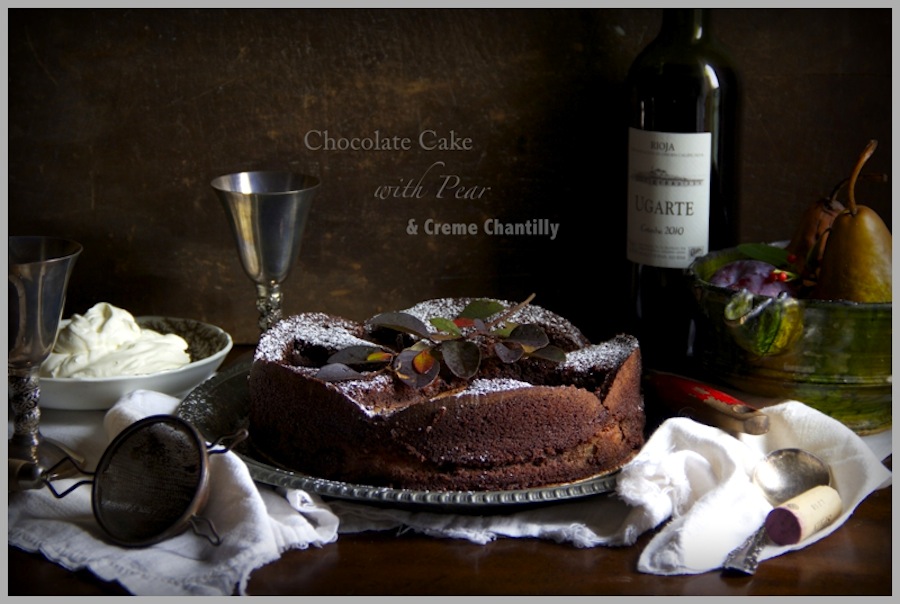 Poor Patrick.  He would be turned around one day after landing from Europe.  Our daughter was going to fly over to New Hampshire as well in order to join in on the family madness.  My son and I were booked and ready to hop on a plane the next day.

We would journey to Boston. We would drive with frenzied speed up into the woods and over the hills of New Hampshire's Monadnock region.  We would turn down the tiny inconspicuous dirt road that parallels the sweet sounding babbling brook filled with gigantic stones.  We would gently scatter the wild turkeys that putter across the road in front of our rental car. We would finally roll up the crunchy gravel drive to our Porcupine Hill Farm and lay claim to this dreamy little corner of the world.


I can barely recall how exactly those inbetween hours from Houston to New Hampshire passed by.  On one hand, it was like watching a film being fast forwarded with high pitched periodic screeches. On the other hand, time crept along like a film that gets stuck and blurrily moves ahead one jumpy choppy frame at a time .  From the beginning of my attempt to rid the cupboards of ingredients that could not be moved, we had signed, over 3 time zones, a contract on a historic farm from 1774, located thousands of miles away.

Oh, dare I mention again that my better half had not stepped foot in this ancient and potentially hazard filled house...ever. 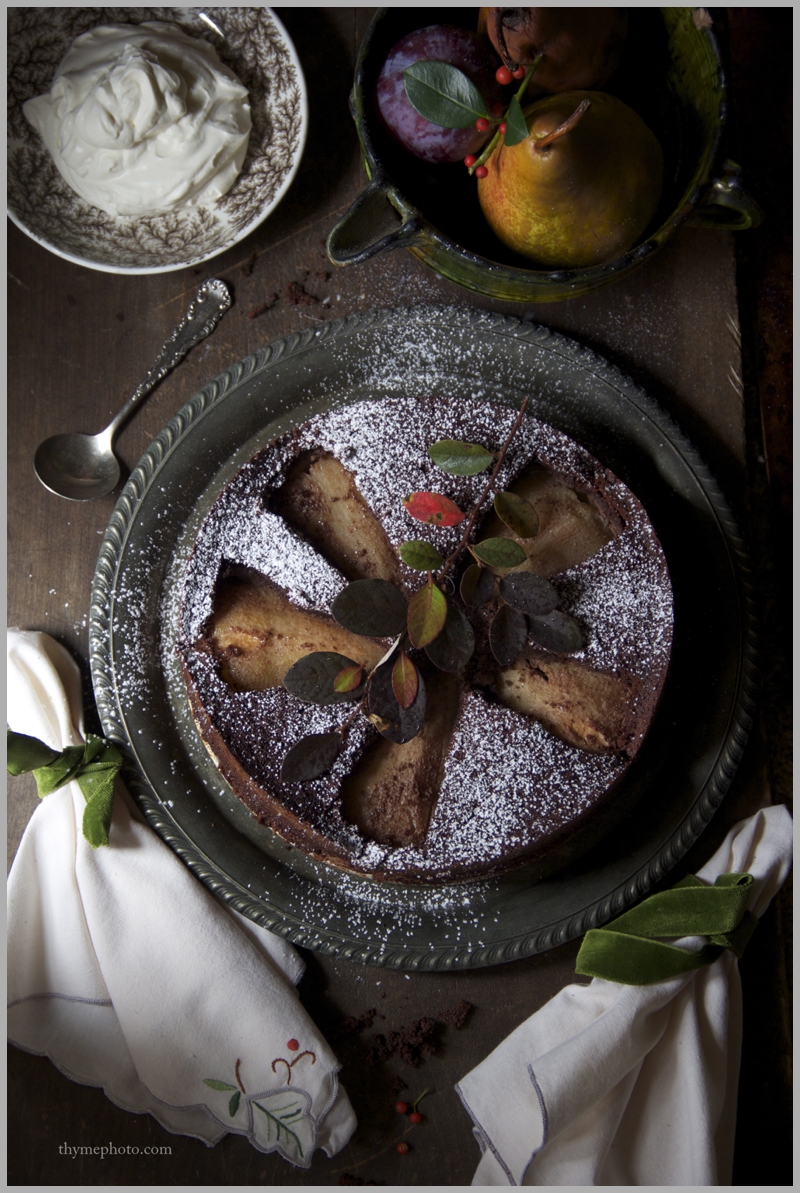 At this point, the Rigatoni dish was cooling patiently on the stove top.  With little memory of doing it, the crème Chantilly was whipped and sitting in the refrigerator to be dolloped on the chocolate cake.  The chocolate cake with sweet pears gently nested on top oozed a little melted chocolate as Riley and I sliced it into thick rich pieces.

This is one meal that will certainly be seared into my memory with not only murky and hazy recollections of how the two dishes came to land on the table...at the same time as memories that will be filled with pinpoint accuracy as some of life's biggest decisions were made in between boiling rigatoni and gently melting chunks of dark chocolate. 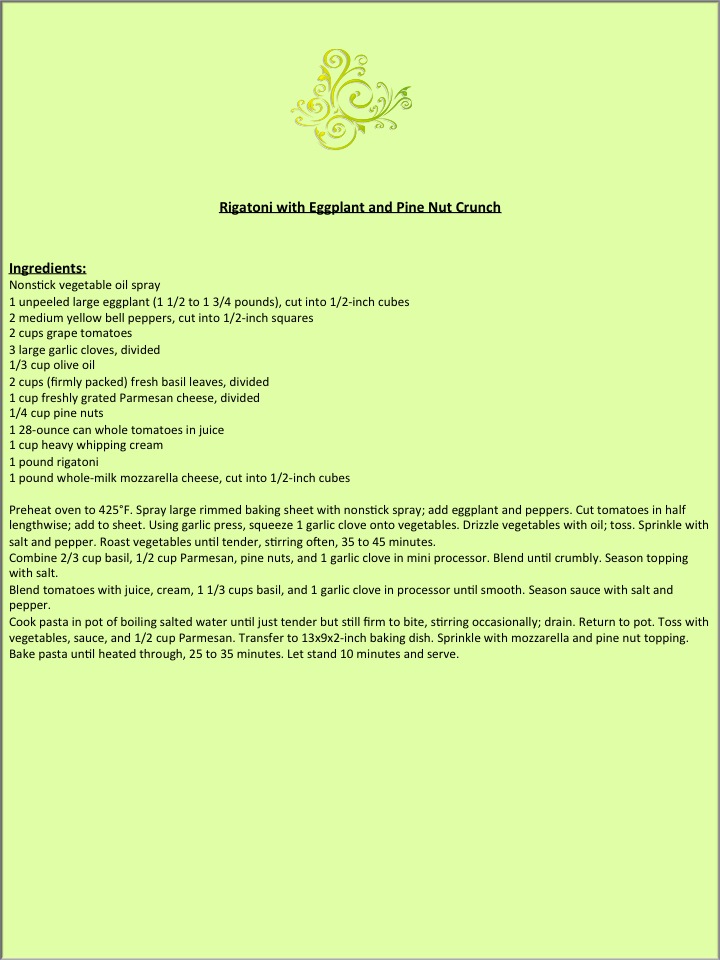 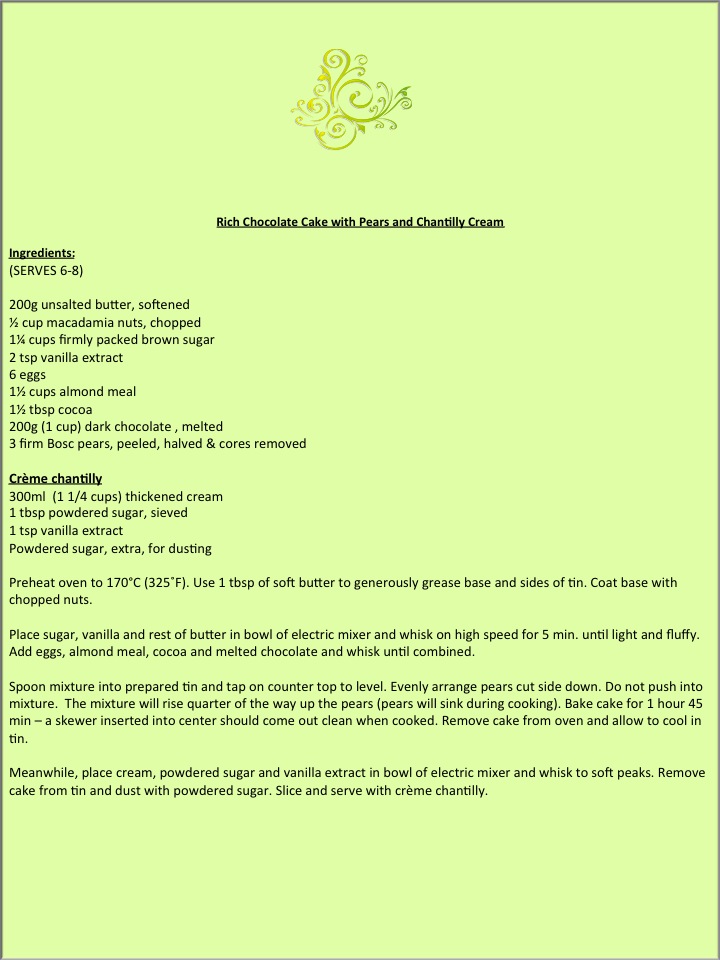