Fall is in full swing in New Hampshire.  At this time last year, we were mere tourists delighting in every nuance of this beautiful state... as we only dreamed of a possible move here.

Last fall, if a flock of turkeys suddenly appeared on the side of some impossibly quaint curvy country lane, we would gasp and point and giggle while slowing the car to a crawl so we could marvel at the spectacle that was so new to us.

We watched our little town bustle during the summer months. The farmer's market has been in full swing for awhile.  As the summer draws to a close, ghost pumpkins, dried gourds, butternut and acorn squash, and purple ornamental cabbage are queuing up for their place appropriately surrounded by the warm reds and oranges of the fall palette as the trees decorate the landscape.


Our apple trees were all thriving  throughout the summer months as well as into September. Little dots of red and yellow orbs decorated not only our apple orchards but orchards all over our area.  We started to pick a few each day to slice up during lunch and then again with dinner. 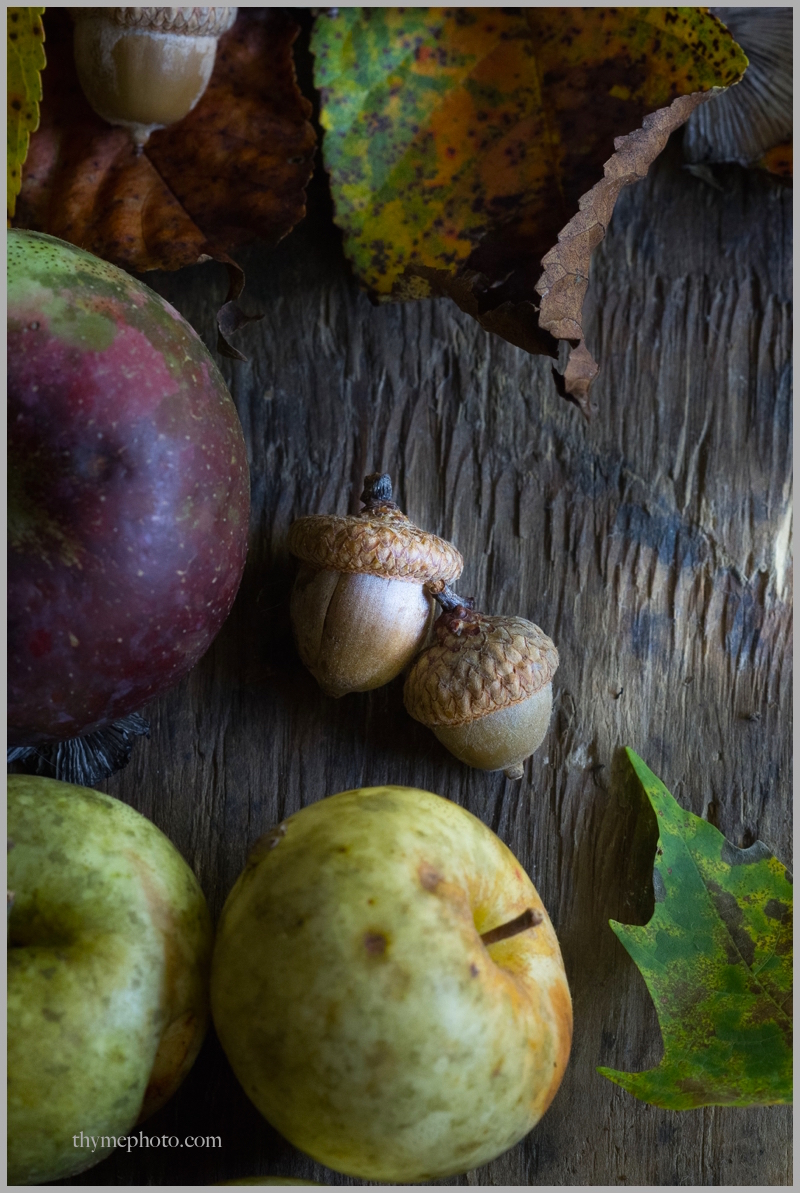 We were just beginning to wonder exactly what we were going to do with a rather sizable orchard of apples when, a few Saturday's ago, David & Jennifer, from the farmhouse next door, had a wonderful solution.


David happened to procure...through a friend of a friend (of another friend perhaps) an entire contraption of devices for washing, smushing, squeezing, and pressing apples in order to make not only deliciously refreshing apple cider...but hard apple cider as well.  More on that endeavor at Christmas time. 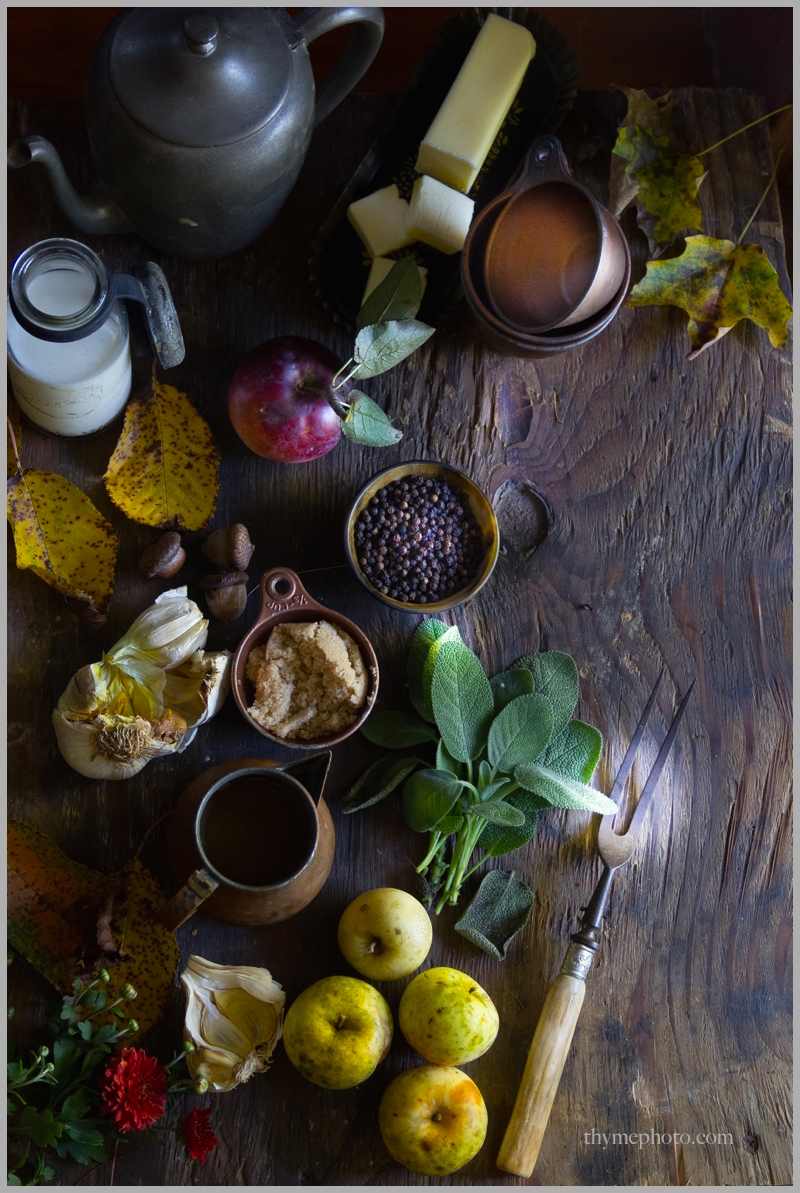 Somehow, the call went out to our little hamlet of farmhouses...houses all dating back from the 17- 1800's.  Anyone with apple orchards and even those without but who have smashing skills...looking for an afternoon of apple "brewing" was to meet in the front of the David & Jennifer's historic Bean Tavern and homestead. 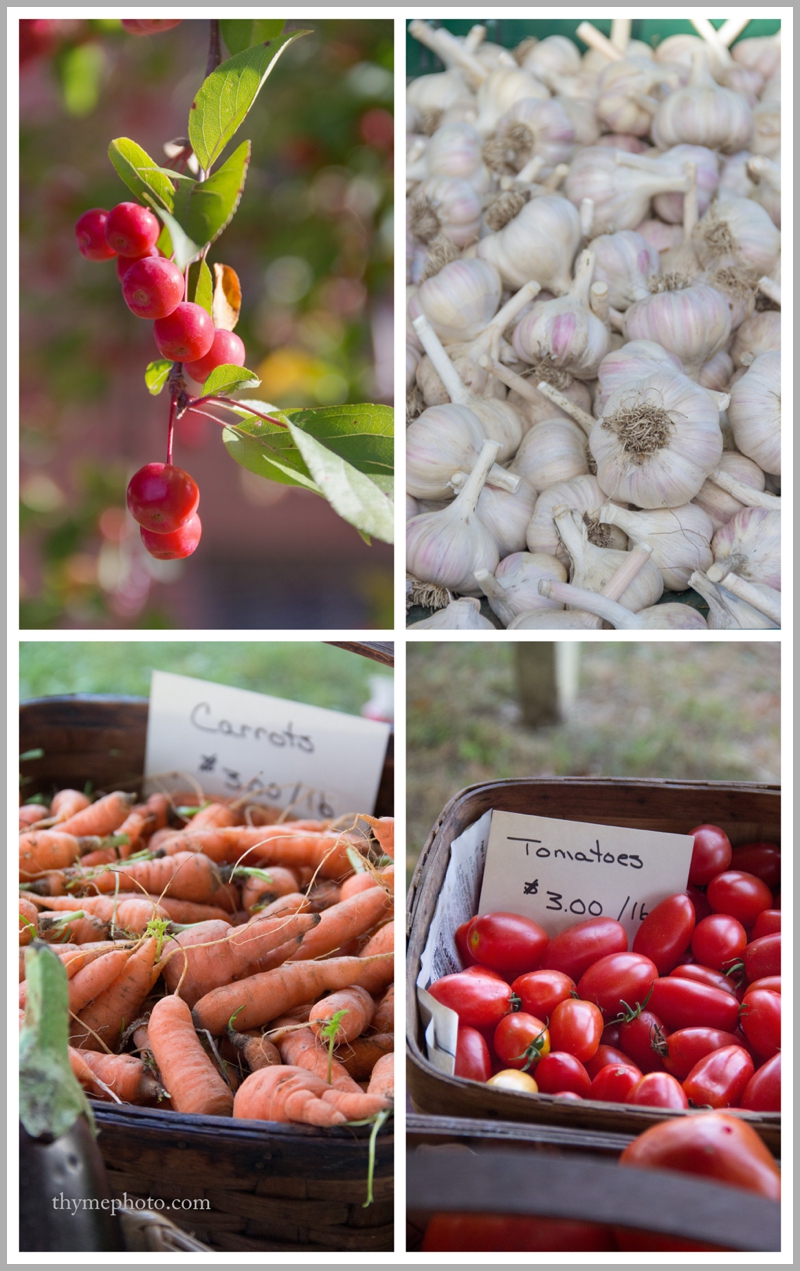 Patrick and I made our rounds early that morning in town before the apple cider pressing gathering.  First, we stopped at our darling new coffee shop, called Schoodac's (pronounced...S-ckoo-dacks) for a smooth piping hot dark roast latté.  Then, we ambled through the farmer's market to meet some of the farmers there as well as to admire the work of a few jewelry artisans.


When we returned back home, it was time to pick bushels of our apples, tractor them over to the farmhouse next door, get to work...and have a smashing (wink) good time.  We had already stored a small refrigerator full of apples in our barn to enjoy during the approaching winter, but the rest would go in the community trailer to become apple cider.

Our neighbor, David, already had his borrowed and quirky Chitty-Chitty Bang Bang-like contraption set up.  He was tinkering and fine tuning it when we arrived.  Families from down the road made their way up the hill to the tavern.  Pretty soon an assembly-like process began to form as we all figured out what was what and how apples plucked off of a tree eventually turn into delicious apple cider poured smoothly from a pitcher. 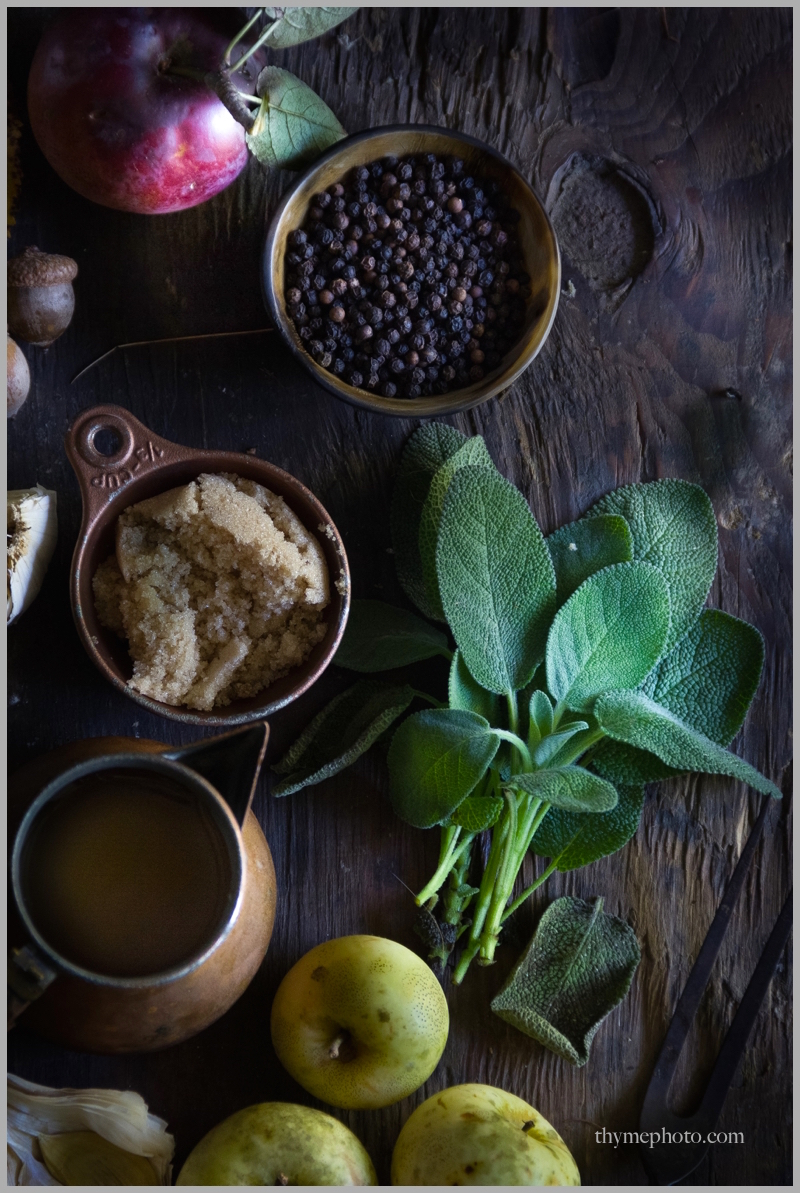 As all ages of neighbors started to amble up the road from our little hamlet called Waterloo, that also included a gathering of dogs.  Chester, Ajax, Tasha, and Nellie each tried to jockey for position whether it be for attention or for the choicest morsels of apples to eat before they settled in the grass realizing this was apple-pressing not canine-loving barbeque'ing. I'm sure Polly, our cat, was surveying carefully from an upstairs window where she had full view of the mayhem.


I've noticed that there are so many outdoor tasks that need to be done in New Hampshire that seem to unintentionally but fortuitously bring community together.  Whether it be tapping the maple trees in the dead of winter to produce that treasure called maple syrup, looking for empty hands to share in the bounty of a garden overgrown with zucchinis, or collecting a small hamlet's worth of apples so that everyone leaves after a long day with generously poured containers filled with golden apple cider.

We all worked together as a community for a wonderful and delicious cause.  One station was set for apple washing.  Another contraption was crafted out of a barrel and a steel pole and was used for breaking up the apples into chunks.  The teens enjoyed these tossing and thumping tasks...tossing and smashing being excellent teen activity. 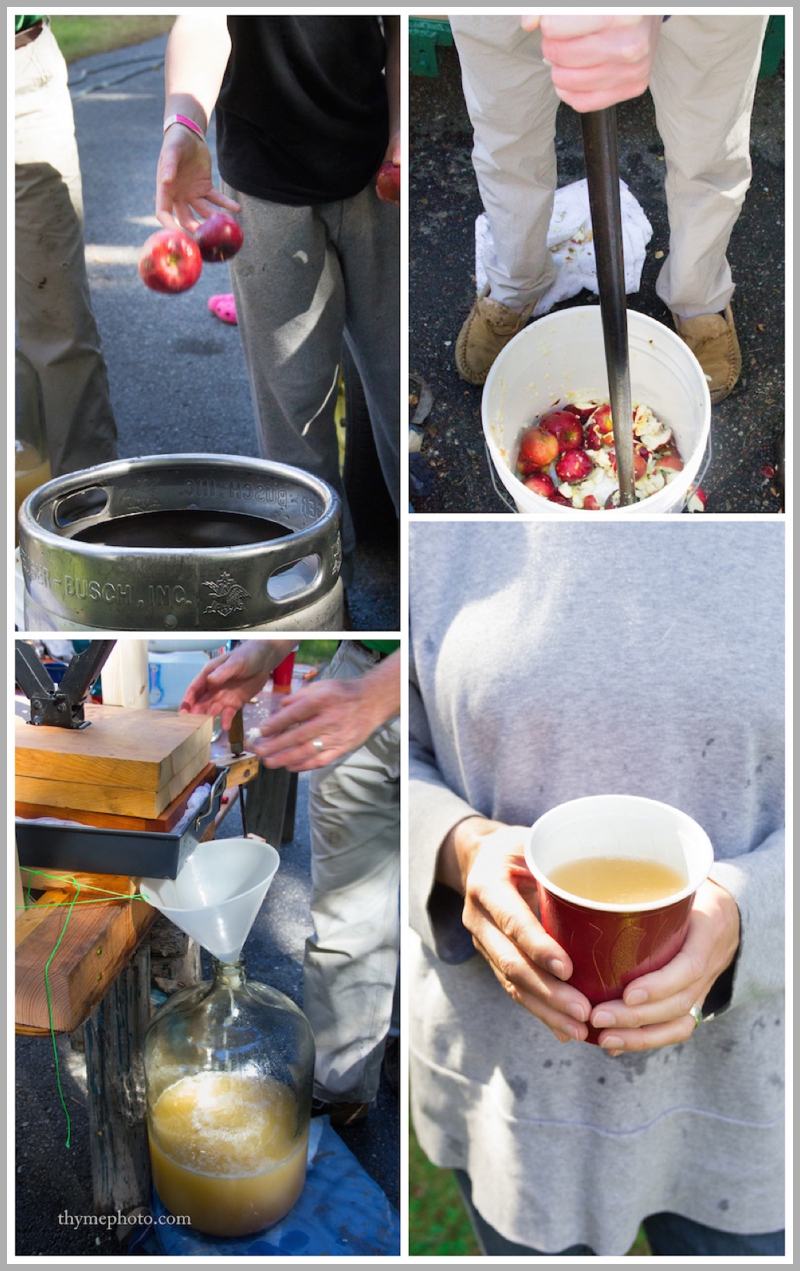 Another station cobbled together was acting as the official apple press.  It consisted of white mesh laundry sacks for holding and filtering the apple chunks from the juice, a heavy car jack contraption, as in what is used when fixing a flat tire, for crushing the apple chunks in between planks of thick salvaged wood boards.  These boards acted as the crushing "clamps".  All of these contrived devices were nestled just perfectly inside a large metal turkey roasting pan!  This was serious engineering, folks! 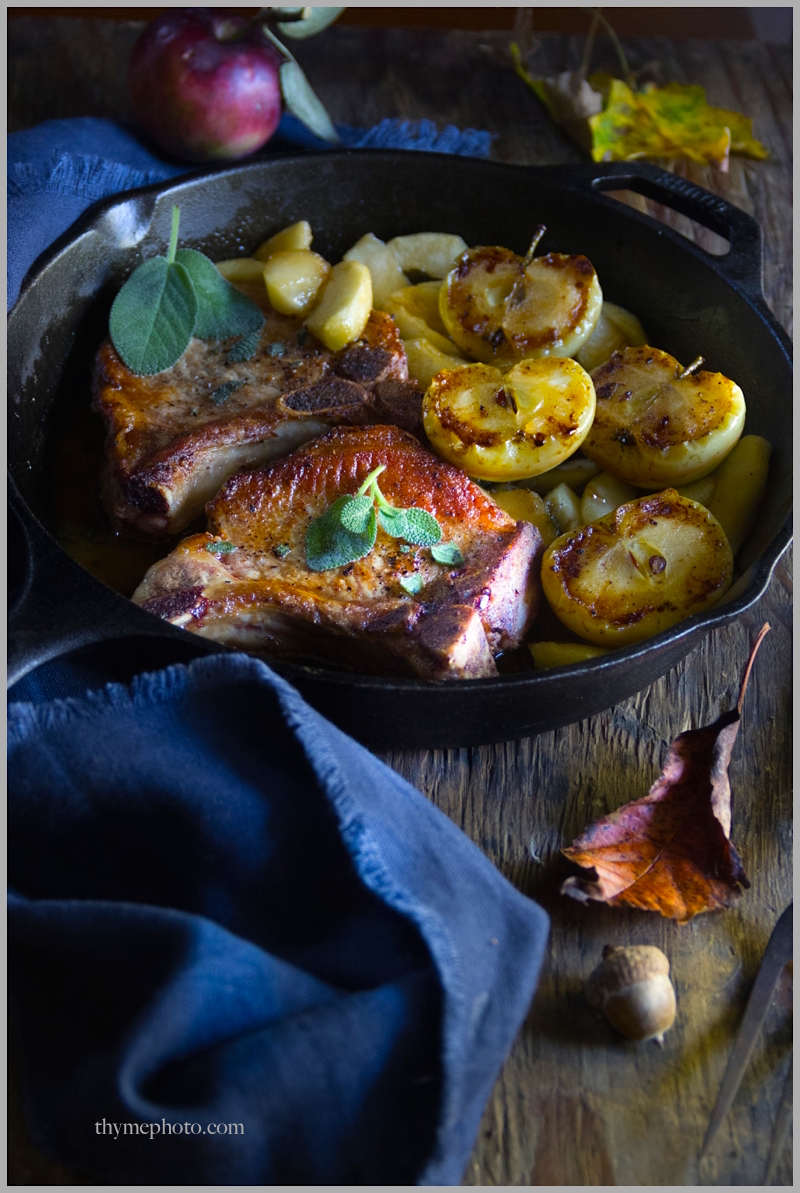 A huge metal wrench was tightened onto a long skinny shaft and this getup served as the energy to squeeze the thick planks together.  As someone manned the wrench and swiveled it around and around, the clamps would squeeze the apple chunks together.

Finally, through a rigged up plastic funnel, attached to a large glass tank sitting on the ground, the smooth golden liquid of apple cider streamed briefly through mid air, then into the funnel, and gloriously and successfully into the large glass tankard.

It was a relatively slow process to coax the cider elixir out of the bulbous wagon filled with apples...but it was punctuated by laughter, camaraderie, measured sips of the golden goodness, and canine antics.  A glorious way to enjoy a crisp blue sky fall day. 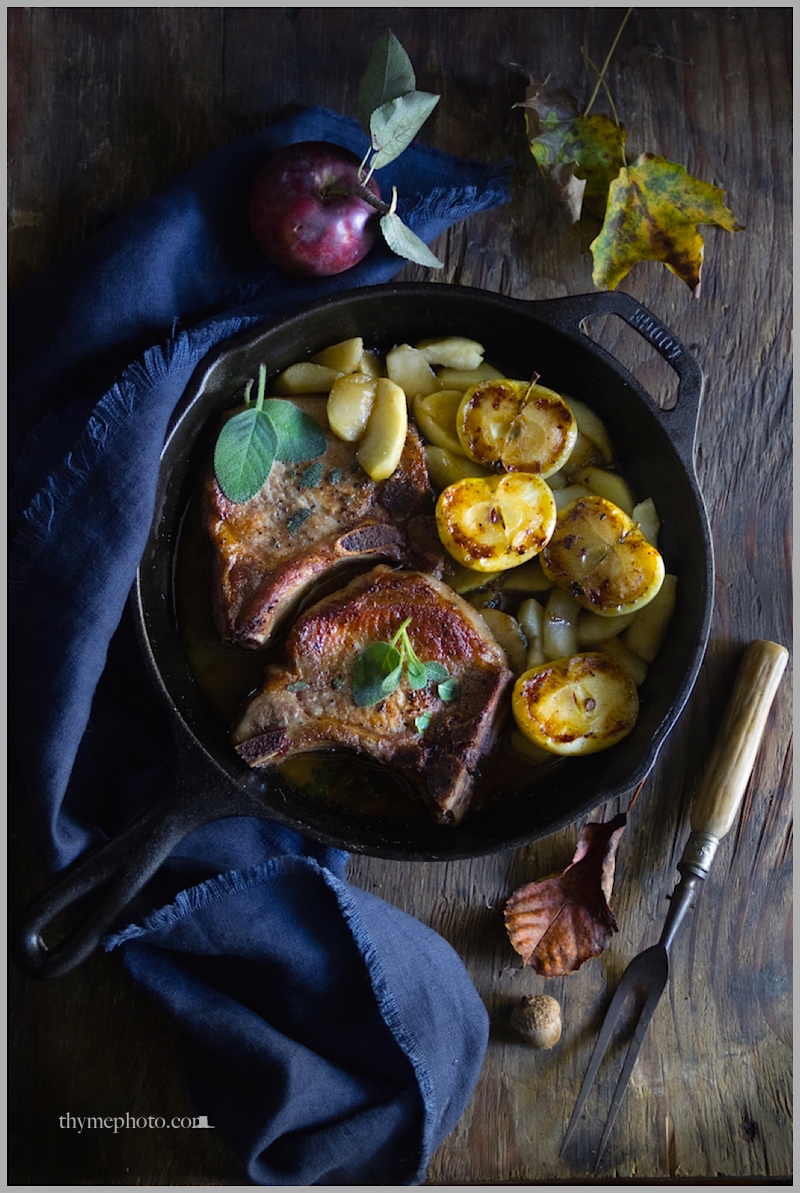 Paul, our bonafide historian and mechanic tinkerer extraordinaire, decided to treat everyone to hair raising rides up and down the lanes in his current project...a dune buggy.   He recently  finished nurturing it back to health. We all benefited from its renewed vigor with buggy rides in the gorgeous afternoon sunlight cruising down the hill and in and out of the covered bridge. 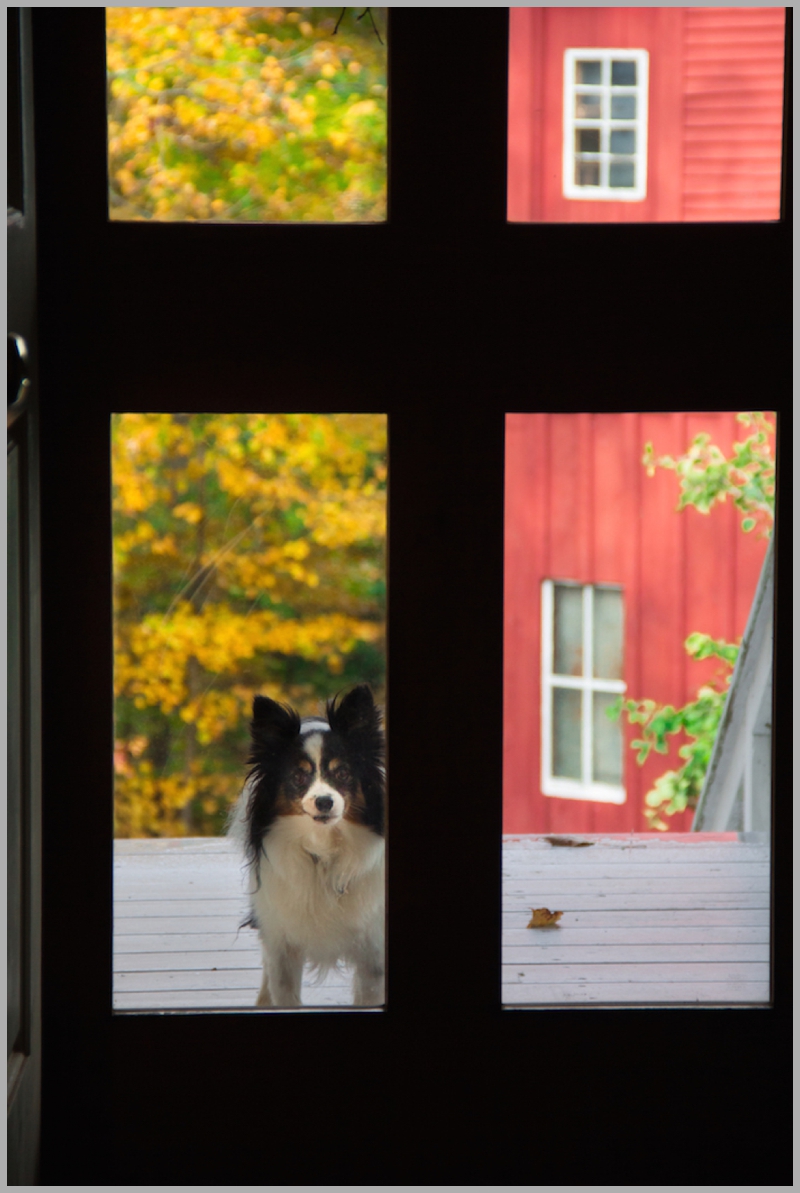 In February, dishes in New Hampshire were filled with tastes of maple syrup from maple cotton candy to tiny maple candies shaped like leaves. In July, tiny little blueberries studded all sorts of desserts from pancakes to clafoutis.  Now, in September and October, it's all coming up apples.  I saw this recipe for seared pork chops with stewed apples and sage and knew it would be the star dish to feature our orchard apples.

I've made the dish twice already this fall and it is delicious.  Sear the pork chops on a really hot cast iron pan in a generous amount of butter.  In a separate pan, slowly break down the chunks of apples and pepper them with the woodsy scent of sage.  This is a wonderful fall dish that celebrates all that is marvelous about getting outdoors at this time of year, harvesting not only food but fun, and bringing together community to help make this world a happy place full of not only wonderful friends, but delicious flavors shared together. 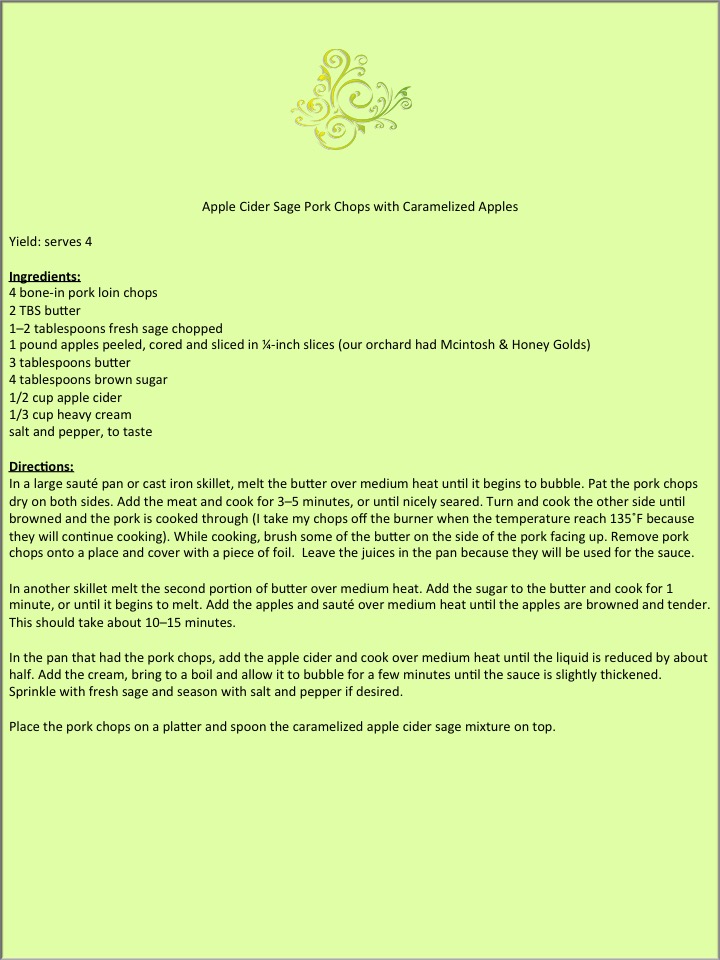