The Talisman for finding the perfect historic home...proximity to apple cider donuts 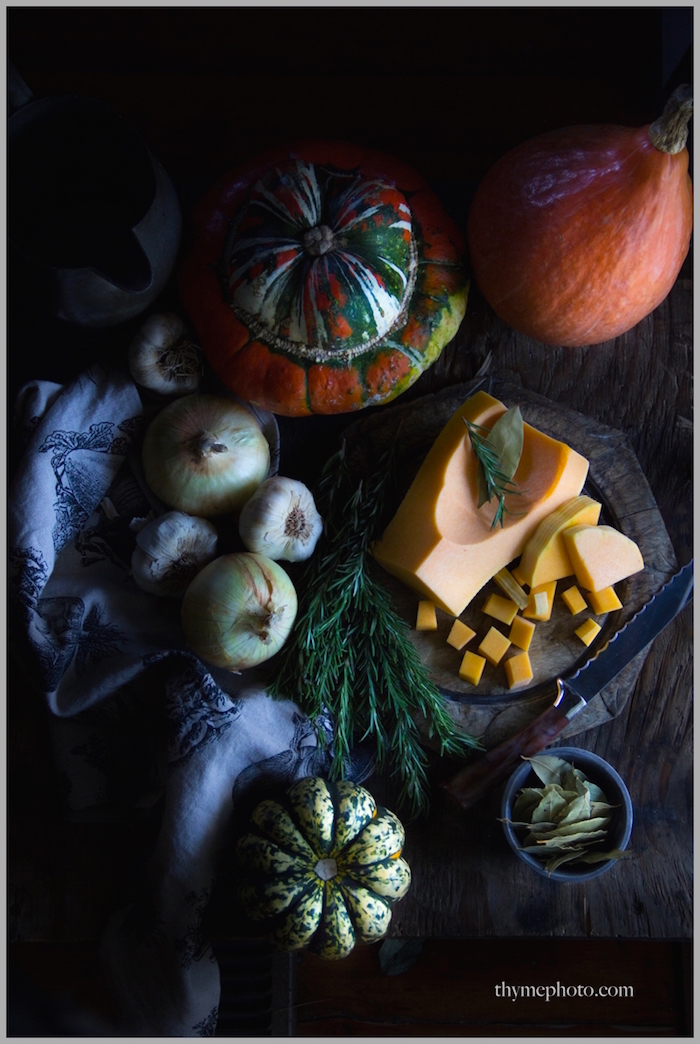 Sometimes when we rank the really important goals to achieve in life, the path to taking steps to those decisions becomes misguided and skewed.  Sometimes, we look for those elusive intangible signs pointing us in the right direction.  You know...lucky rabbit feet to stroke, slips of gibberish on cracked open fortune cookies that we keep folded in a wallet for far too long, and coincidences that seem...too coincidental. 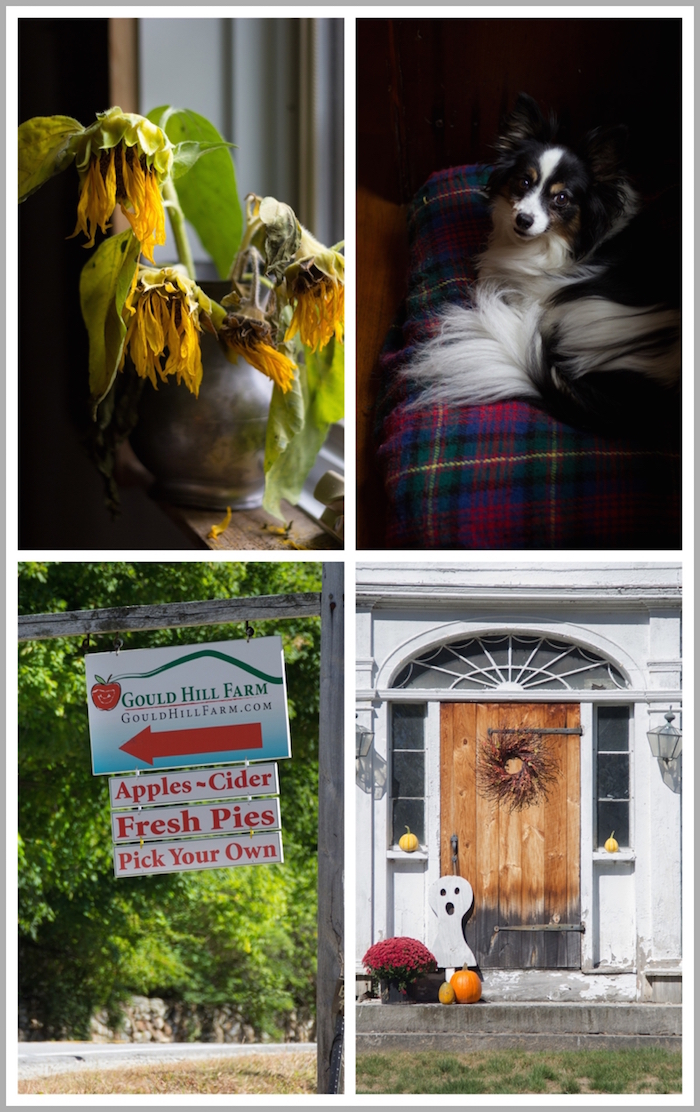 Perhaps that lucky rock gets petted and rubbed more...the smooth surface seemingly sending guiding thoughts to our troubled minds and helping the brain cells discern reason from foolishness.  Or, there could be a barely distinguishable cloud pattern in the sky.  We stare at it...lo and behold...determine there is a shape there which could be interpreted as a sign which could be interpreted as the answer to that decision that is struggling to be answered.

We are, indeed, an interesting species! 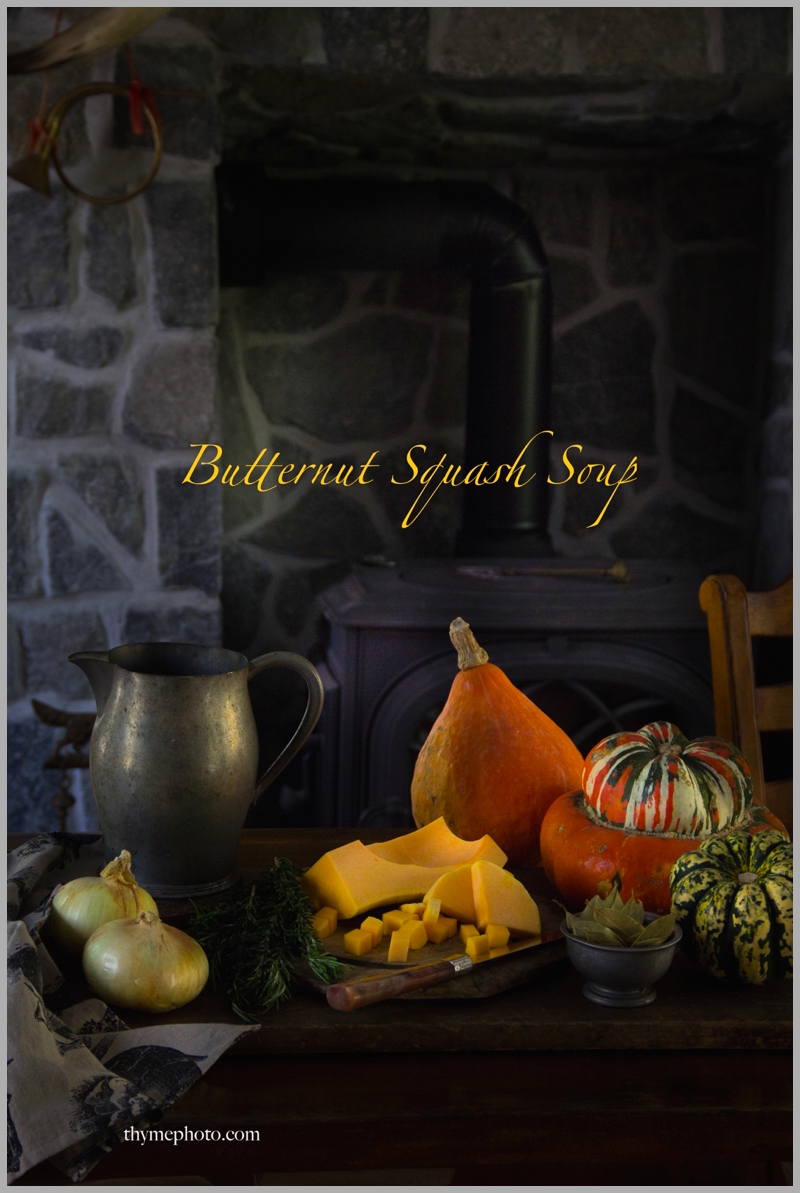 I think for our family, that yearning for signs that can direct our rationale, whether it be wise or wayward...remarkably have to do with our single-minded effort to clasp our fingers around just the right sized, spiced, sugar-coated, grease to cake ratio of

Yes, apple cider donuts are our choice of talisman.

Little wonderful round treats that have the power to hold sway over important decisions in our family. Donuts leave their mark with the Kenneys and are comparable to those caressed lucky rocks people pet in their pockets, that cloud pattern in the sky which display directional messages, or those murky images that form images from the tea leaves at the bottom of a porcelain cup.


This silliness may have started when I went to college in New York City.  I decided to join the Sierra Club during my senior year.  I gathered with strangers each weekend at some pre-announced meeting spot in the city.  We piled trustingly into a rented van, loaded up our L.L. Bean back backs, and took off for day long hiking trips into the Catskills or the Adirondack Mountains.

Coming from the steamy humid south, these weekend excursions introduced me to fresh cool mountain air, brilliant colors of turning maple leaves, and big fat plump acorns scattered all over the trails.

But, with certain anticipation was the drive back into NYC at the end of those beautiful fall days, when we would invariably find some apple farm along the way, tumble out of the van, many of us now fast friends, and clasp our chilled fingers around little bags of greasy sugar speckled apple cider donuts.

Those were wonderful days...filled with apple cider donut goodness. As I picked little sugar crystals out of my knitted scarf and licked my fingers from the last remnants of the donuts, life sent clear signals to my college brain...that this was the good life.

Little did I realize, an apple seed was planted firmly that would play somewhat of a  part in swaying future family decisions. 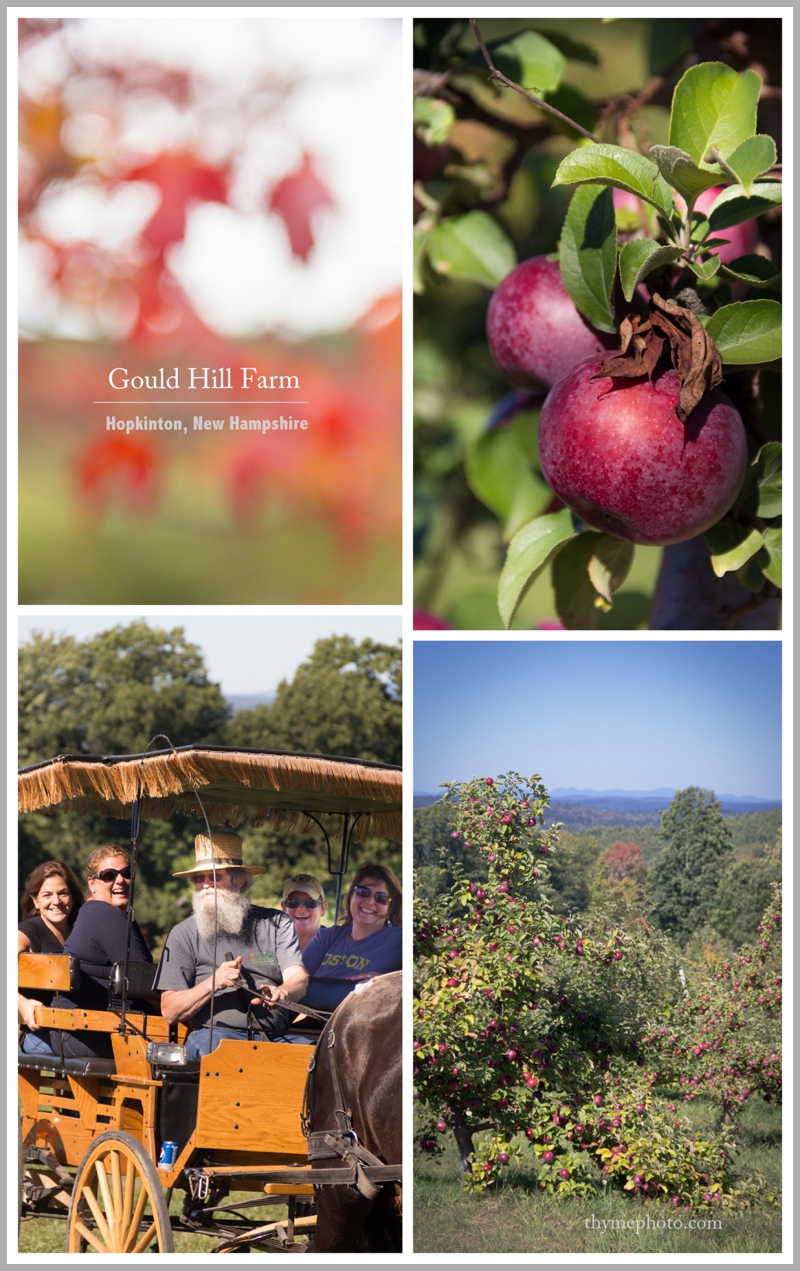 Fast forward 5 or so years.  I had moved from NYC to Missouri, then to Michigan, a jump to Japan, and finally a return to the east coast...to that beloved apple farm speckled upstate New York.  We now have 2 children. We had decided the cookie cutter suburban lifestyle wasn't for us, thus a search began for the perfect ramshackle historic home.  Why ramshackle?  The budget didn't really allow for anything more past the fixer upper.  But, we were determined.  We decided we didn't have enough to do on weekends with two young children so we needed to add lots of house fixer upper type projects on top of the parenting load.

As we were searching between Albany, Schenectady, and Saratoga Springs, my used but much loved Volvo station wagon took us on all sorts of back country roads getting the kids to and from their school each day.

After school, we would pick a different apple farm to visit, pluck a few apples, and then dutifully purchase our little white bag of sugar coated apple cider donuts.  Munching on them in the car while scattering sugar all over the interior, we soon developed preferences and opinions about which cider donuts where the most apple-y, just right moist or too crumbly dry, were sugar-coated too much or just not enough.

Amazingly, or rather in our world not quite surprisingly, the choice of small town and historic home would often be punctuated with, "If we bought that home, we would be closest to 'fill in the blank' apple cider donut farm!" 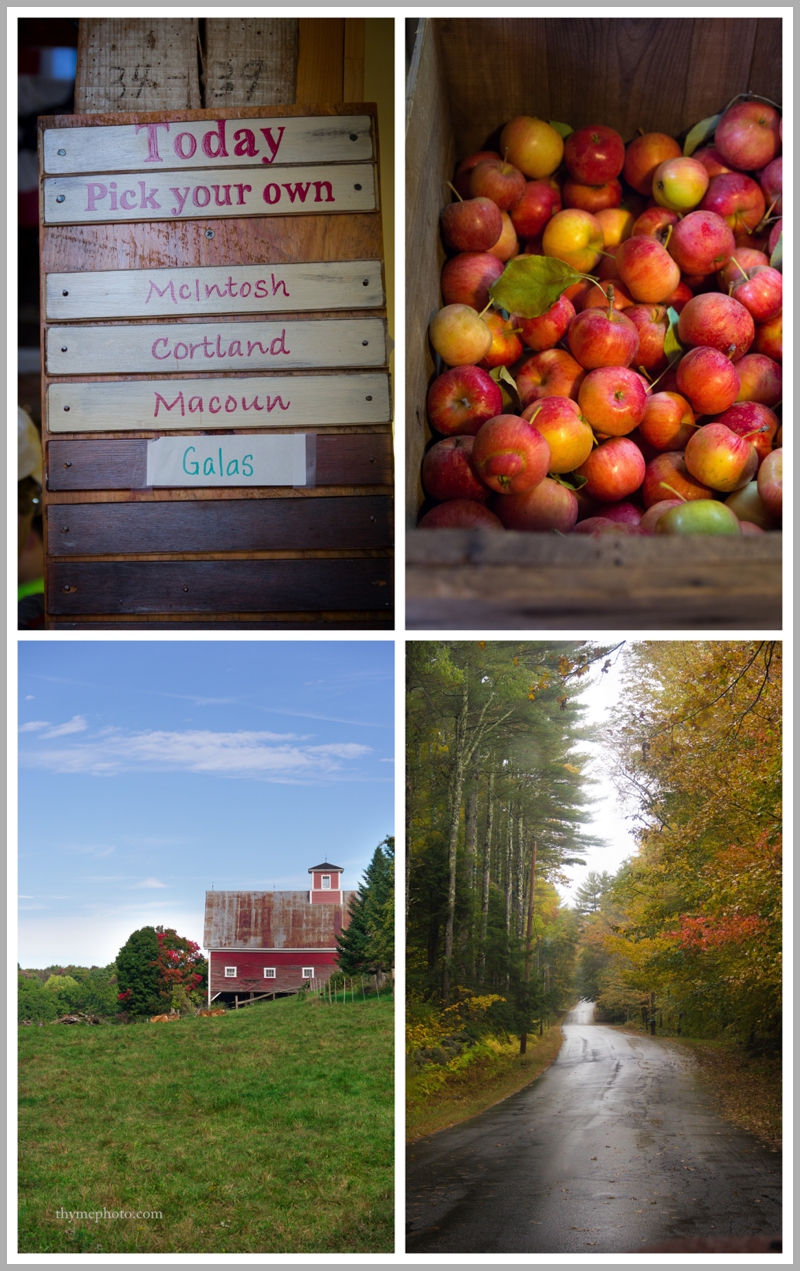 So I guess it shouldn't be surprising that our move to New Hampshire would eventually involve not only our introduction to the stunning fall foliage of this state but to a renewed quest to seek out, taste-test, and perhaps one day declare our newfound winner of the glorious apple cider donut saga that somehow influenced previous home decision making process not unlike how a weegee board smoothly guides a group of hands to spell out spooky messages like...

After quizzing the locals during our weekend "apple cider pressing" a few weeks back on where they consider the best apple farms, we had our first leads to a radius of possibilities, each farm declaring their apple cider donuts were the finest made, most apple-y, most sugar:donut balanced, etc.

We started our quest by choosing a farm located outside a particularly lovely historic village called Contookook (pronounced Con-tew-cuck)...Gould Hill Family Farm.   Never you mind that our children, who were so important to determining the apple cider donut winners for many years...are now in college.  Patrick and I were not thwarted in our excitement and anticipation of taste testing our way through this newly adopted countryside of New Hampshire.


We arrived at the apple farm by way of the most enchanting country drive.  We crossed over or by a few covered bridges, slowed to oooh over glimpses of Mt. Kearsarge in the distance and admired the many fall decorated doors of farmhouses.

Children were running this way and that...thrilled to be let loose in the direction of the apple orchards. To be honest, we barely noticed these adorable tots because our eyes went straight to the line of adults waiting for apple cider donuts.  The line spilled out of the huge barn and into the front lawn. No one particularly seemed to mind, however, as the aroma of apples, frying oil, and sugar enveloped everyone in a happy coma like condition.  The air was crisp, the sky was that captivating shade of peacock blue, and the happy chatter of children all produced those calming effects that make the world a happy place...even when waiting in a line for tiny little donuts. 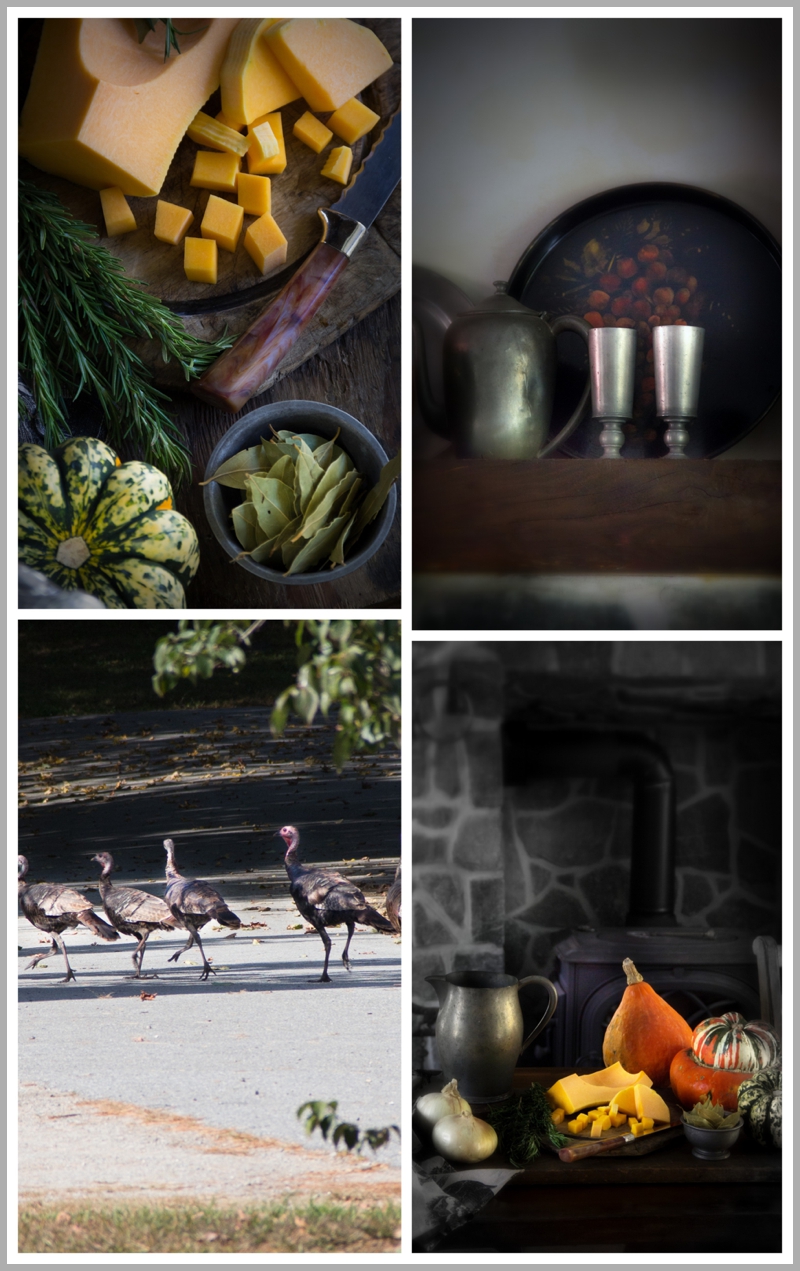 Patrick and I took turns waiting in line and roaming around the barn as well as the farm. Gould Hill Farm not only has apple cider donuts people are willing to wait in long lines for but there were also on offer apple crisps and the kitchen is touted as making "the best" pumpkin whoopie pies. 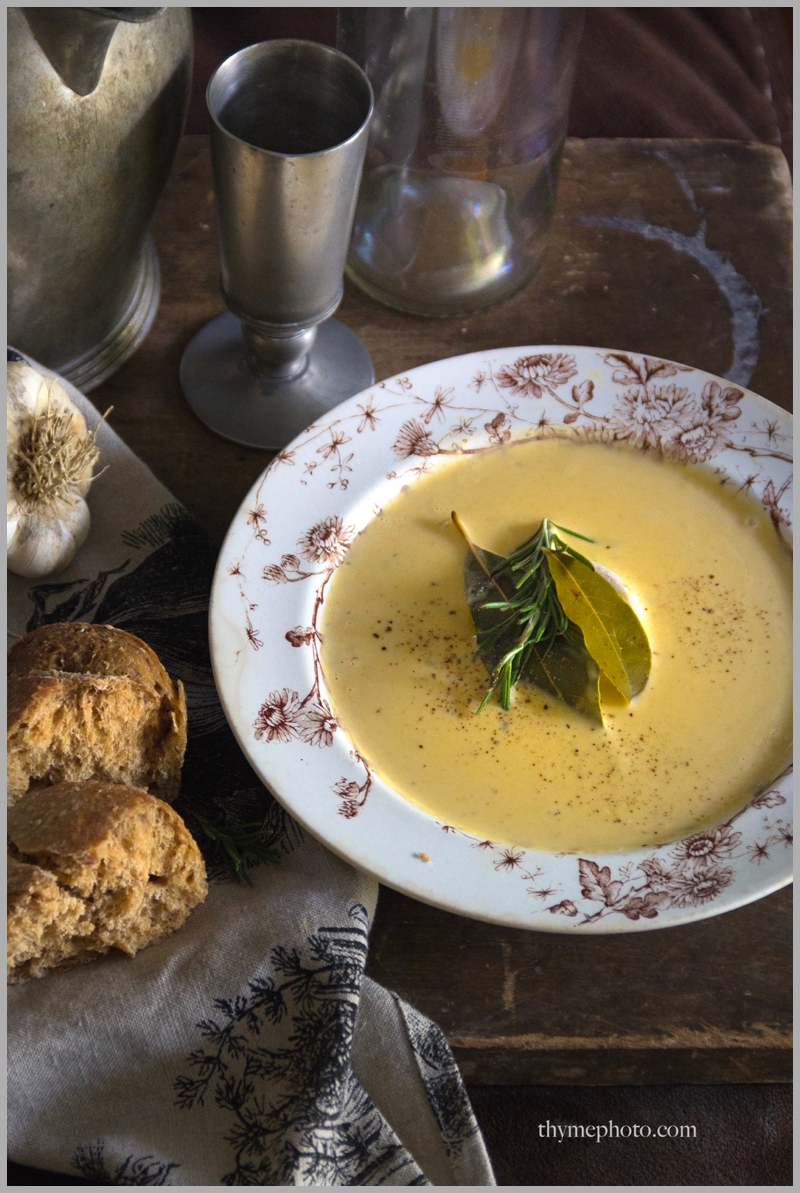 Don't even get me started on New England's love affair with whoopie pies.  Now really... whoopie pies!  We are only at the tip of the iceberg in discovering the fascination with what appears to be a baseball sized round cake, cut in half, slathered with a spiced frosting and then to smushed together and sold as a "pie".  What are these people thinking?  I'm not sure, but I'm all for sampling the goods!

Basically, there's a whole 'nother world to be discovered out there.  But, that day's focus had to remain on apple cider donuts.  We were strong. We looked away from the award winning pumpkin whoopie pies. We stayed focused. Finally, we retreated from the barn clutching our little bag of hot out of the fryer apple cider donuts. We wove in and out of the little ones to secure a safe spot outside in order to  safely peer into this sugary bag of goodness.  It was filled with 6 little round donuts.  The scent wafted gently into our faces as we laid eyes for the first time on the selection before us.  They smelled heavenly.  We each ate one greedily, then another...and then another.

We reflected on our family's criteria that measure the success of homemade donuts and mulled over each bite ranking and sorting and mumbling our feedback to one another.  They were wonderfully warm, hot even.  The apple to donut ratio was good.  The sugar coating wasn't too much or too little.

We thought about a group family chat with the kids. However, we reconsidered since we were happily standing rather carefree in the middle of an orchard on a nice fall day and the kids were (hopefully) busy dealing with the trials and tribulations of college courses. 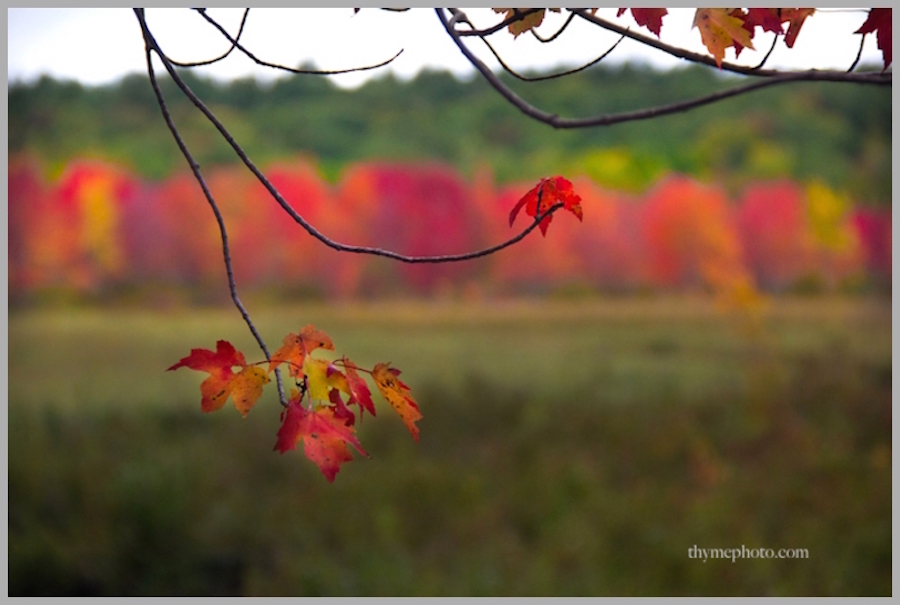 It was decided that Gould Hill Family Farm was an excellent start.  But, one that needed the input of our kids.  Our ranking and sorting felt incomplete and short listed. We stared at a few kids to see if their faces registered rapture as they bit into their donuts.  A return trip with the 4 of us in tow would need to be organized.  They were delicious donuts, mind you. But, we had tasted too many over the years as a foursome, not a twosome.  Don't worry. We weren't sad...our bellies were too happy for any negativity.

We just knew this quest required more tasting, more farms, more donuts, our kids, and time to unravel the many delights of this regions rich farming community.  It's our duty, right? As new residents of this region, we need to thoroughly investigate the lay of the land.

Onward... to more little white bags filled with hot out of the fryer apple-y goodness!

We returned over the hills and through the woods to our farmhouse.  We spotted a flock of turkeys running through the field.  Chester had taken a long nap but sniffed hopefully at our donut scented clothing. The air turned chilly quickly as the sun slipped down over the Mink Hills.  We lit a kitchen fire...spooned hot butternut squash soup into bowls, and declared this weekend one pretty good fall weekend in beautiful New Hampshire. 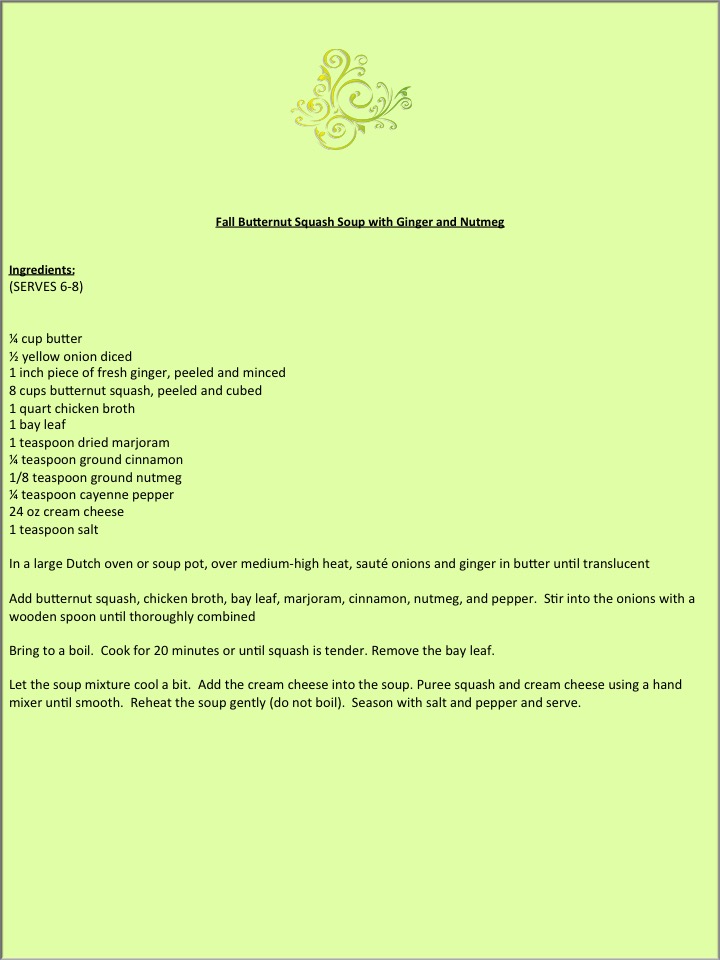